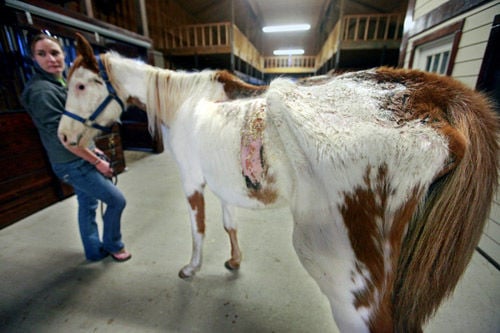 Anna Hendrix, with the Livestock and Equine Awareness and Rescue Network, is helping to care for a 3-year-old stallion that is recovering from chemical burns and malnutrition. 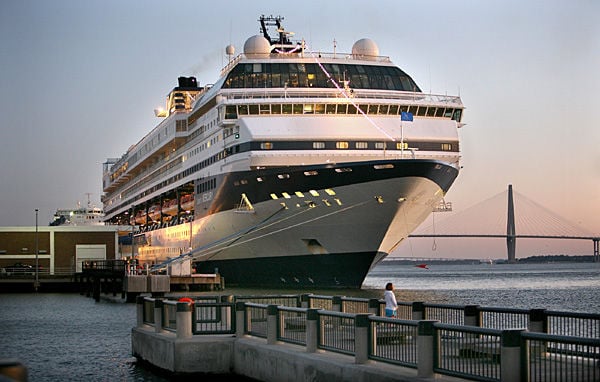 Anna Hendrix, with the Livestock and Equine Awareness and Rescue Network, is helping to care for a 3-year-old stallion that is recovering from chemical burns and malnutrition.

A Summerville man was charged Thursday with animal abuse after Berkeley County Animal Control found on his property four underweight horses -- one of which had serious burns.

Authorities said the horses were malnourished, underweight and had other health problems.

Elizabeth Steed, founder of the LEARN horse rescue program, took in two of the horses when they were discovered last week. She specializes in rehabilitation of starvation cases.

"Some people have been frustrated that the wheels of justice turn so slowly, but Berkeley County Animal Control has been working hard behind the scenes to get this right," said Steed.

When first contacted, she said she was shocked to learn that one of the horses, a 3-year-old male, had been burned by a caustic chemical, possibly kerosene. She said that is a way to treat certain conditions, but the kerosene should be diluted.

"The first thing I said was, I will be happy to give him every opportunity to survive; however, I will not let him suffer," she said.

The horse has since had round-the-clock care, she said.

"He started improving within 24 hours," she said. "We believe he is certainly out of the woods. Even the veterinarian was impressed. We might have to do skin grafts to repair some of the damage from the burns, but he's just a baby, which is good for him because he can recover easily."

"We were able to pull up all of her info," she said. "She was born and bred in Iowa and earned more than $100,000 on the racetrack. She was sold as a brood mare three years ago. How she ended up in Jedburg in this hellacious condition is beyond me."

The horses were kept in deplorable conditions, she said.

"I can tell you that the conditions were substandard at best," she said. "Their area was mud and muck and there was no shelter. It was not conducive to a healthy horse. And the condition that the horses were in makes me believe that he knew he wasn't taking care of them and they were losing weight.

"He admitted to animal control that he had been laid off from work and was only feeding them every three or four days, and they had not seen a farrier or a veterinarian in three years."

McCloud could not be reached for comment late Thursday.

Two other horses remain at the site. A statement from the animal control said, "We continue to closely monitor the health and welfare of the other two horses on the property and will continue to do so until we are assured those animals are well and safe."

Steed said she has checked on them.

"We are waiting for Berkeley County to tell us if we need to do anything further," she said. "Hopefully they also will be taken and given an opportunity to improve."

"We have outdated laws pertaining to animal welfare for equine and livestock," she said. "And Berkeley County, like every other county, does not have the funding that it takes to have animal control officers go through courses to be up-to-date. It's not just a Berkeley County problem."

Steed said there is help for owners who need it.

"Reach out and we'll do everything we can to help," she said.

She said she hopes the fine will go toward rehabilitation of the horses.

"We are a very small group," she said. "We have 30 horses and our feed bill is $800 a week. We are not funded and have no support for any government agency. It's just a bunch of people who are tremendously dedicated. We can't continue to support these people who relinquish their horses and we have to pick up the bill."