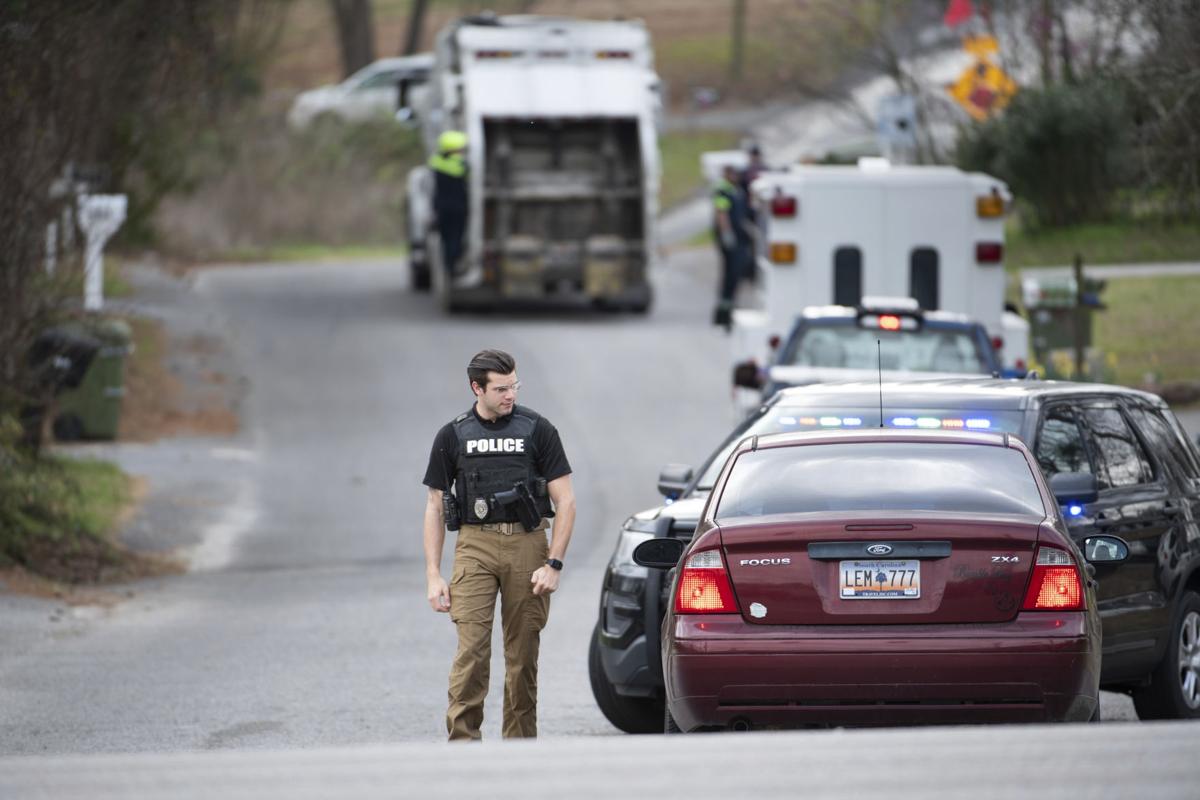 A Cayce police officer approaches a vehicle at a roadblock near an entrance to the Churchill Heights neighborhood Thursday in Cayce, where the body of 6-year-old Faye Marie Swetlik was found Thursday. Hundreds of officers in Cayce, along with state police and FBI agents, worked around the clock to try to find Swetlik, who went missing Monday. Sean Rayford/AP 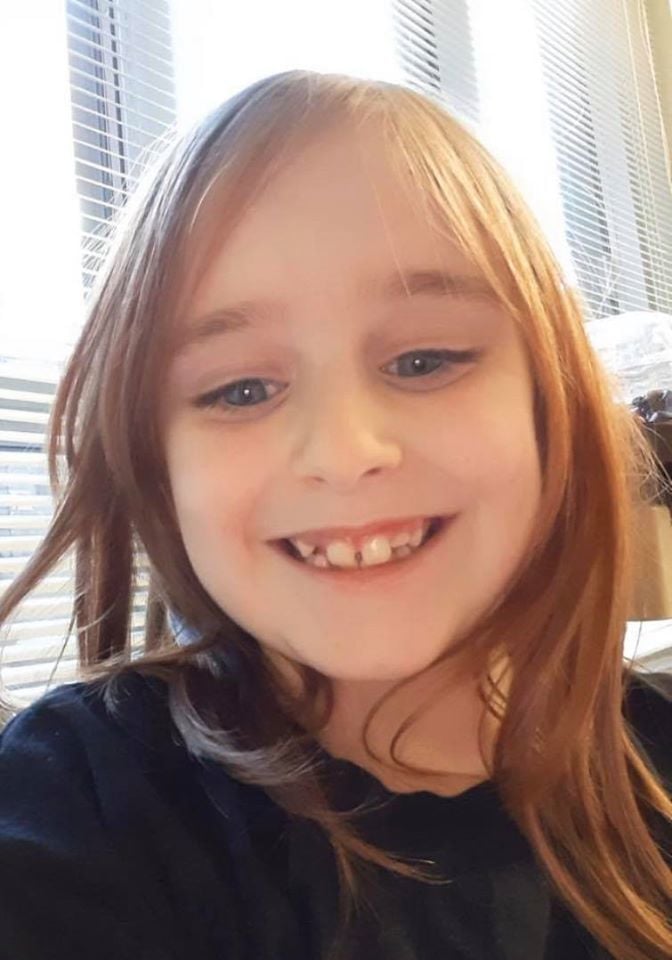 The body of Faye Swetlik, a 6-year-old girl who went missing Monday afternoon, was found near her home in Cayce, police announced Thursday. Provided 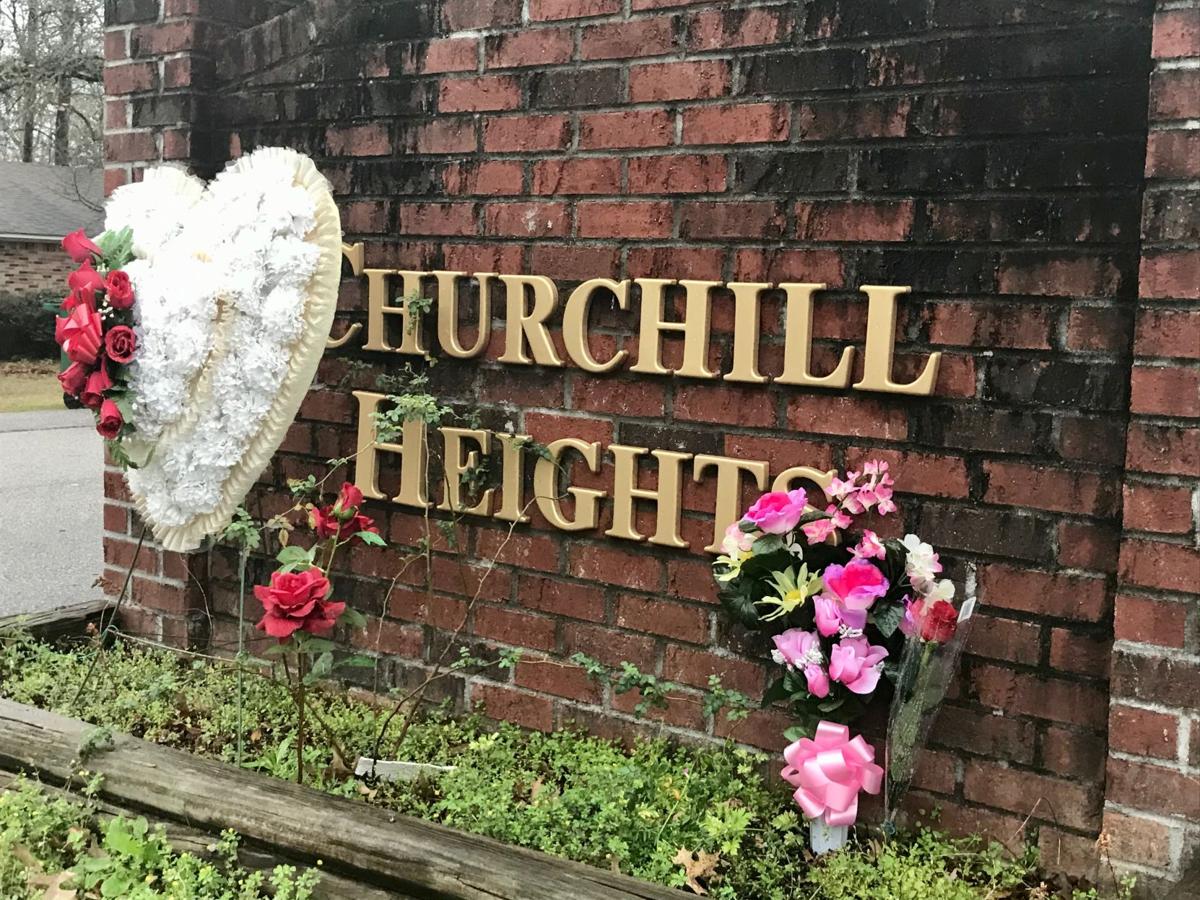 Mourners have started placing flowers at the entrance to the Churchill Heights neighborhood in Cayce, where 6-year-old Faye Swetlik's body was found Thursday near her home. Jessica Holdman/Staff

CAYCE — The body of Faye Swetlik, a 6-year-old girl who went missing Monday afternoon, was found near her home in a town just west of Columbia, police announced Thursday.

Her death is being investigated as a homicide, Cayce Director of Public Safety Byron Snellgrove told reporters. No arrests have been made, he said.

Police also found the body of a dead man in the same neighborhood, Churchill Heights, where Faye's body was discovered on Thursday.

No details were shared Thursday. Authorities did not say whether the dead man, who has not been identified, had any ties to Faye's disappearance. Snellgrove did not share the distance between the bodies when they were discovered or where they were found.

"This is a fluid investigation, and we are working diligently on it," Snellgrove said.

Authorities said there is no continuing danger to the community from the deaths.

Snellgrove did not take questions from reporters Wednesday afternoon.

Faye's disappearance shocked the town of 14,000 for days. News of her death was crushing.

"I am just in tears," said Lisa Trotter, whose granddaughter attended elementary school with Faye. "We all wanted Faye to be brought home safely. This really hits close to home and our entire community is devastated."

Joshua Smith draped his arm over the shoulder of Carson Smith, 7, as the pair placed a handful of white roses alongside other flowers collecting at the entrance of the Churchill Heights neighborhood. The boy huddled close, a somber look on his face.

"I just feel like it's important to teach him things, not just stranger danger, but how to be a part of the community," said Joshua Smith, who didn't know Faye but lives a couple of miles away.

Eddie Coakley, senior pastor at Trinity Baptist Church in Cayce, said “Everyone here is just extremely heartbroken. This was definitely the worst-case scenario.

“We just pray now for the family, the community and all of the law enforcement involved."

The church hosted a prayer vigil for Faye and her family Tuesday after she had been missing for 24 hours. On Thursday, the church was opened for mourners.

"I’m at a loss of words," said Valerie Shumpert of Cayce, who attended the prayer vigil and has children close in age. "Just know Faye is loved and missed. Our loss is Heaven's gain."

Speaking at The Citadel on Thursday, Vice President Mike Pence said, "I would urge everyone in South Carolina, hug your kids today and keep this little girl and her family and her community in your prayers."

Springdale Elementary, where Faye attended school, will have extra district and school counselors on hand to talk with with students, teachers and staff, principal Hope Vrana said in a letter to families.

"We know how hard something like this is even for adults to understand," she said. "We are sending home some general tips about how you can talk with your child about this."

Faye stepped off the bus from Springdale Elementary around 2:50 p.m. Monday and walked the short distance with her mother to the apartment in the Churchill Heights neighborhood where they lived.

She went out to play in the yard, something neighbors said she did often. Her mother last saw her at 3:45 p.m. but sometime after, noticed she was gone and called police.

More than 250 local, state and federal law enforcement officers combed the neighborhood and surrounding woods near the Columbia Metropolitan Airport for more than two days looking for Faye, a first-grader with strawberry-blonde hair and blue eyes.

What is known about Faye, the missing 6-year-old SC girl: 'A lot of people are nervous'

Officers brought out specially trained dogs and hovered in helicopters while methodically searching a 1-mile radius from her home. They searched homes in the neighborhood off a busy roadway near an interstate interchange, even looking inside cupboards.

"This is the largest-scale investigation that I've ever been a part of," said Sgt. Evan Antley of the Cayce Department of Public Safety, a few hours before the announcement about the discovery of Faye's body. "And it's something we rarely see in this area."

The FBI sent out a national missing-person bulletin even though the search concentrated in the neighborhood.

“My heart is out there somewhere and I don’t know how to handle it,” said Faye’s grandmother Ruth Collins, following the vigil Tuesday.