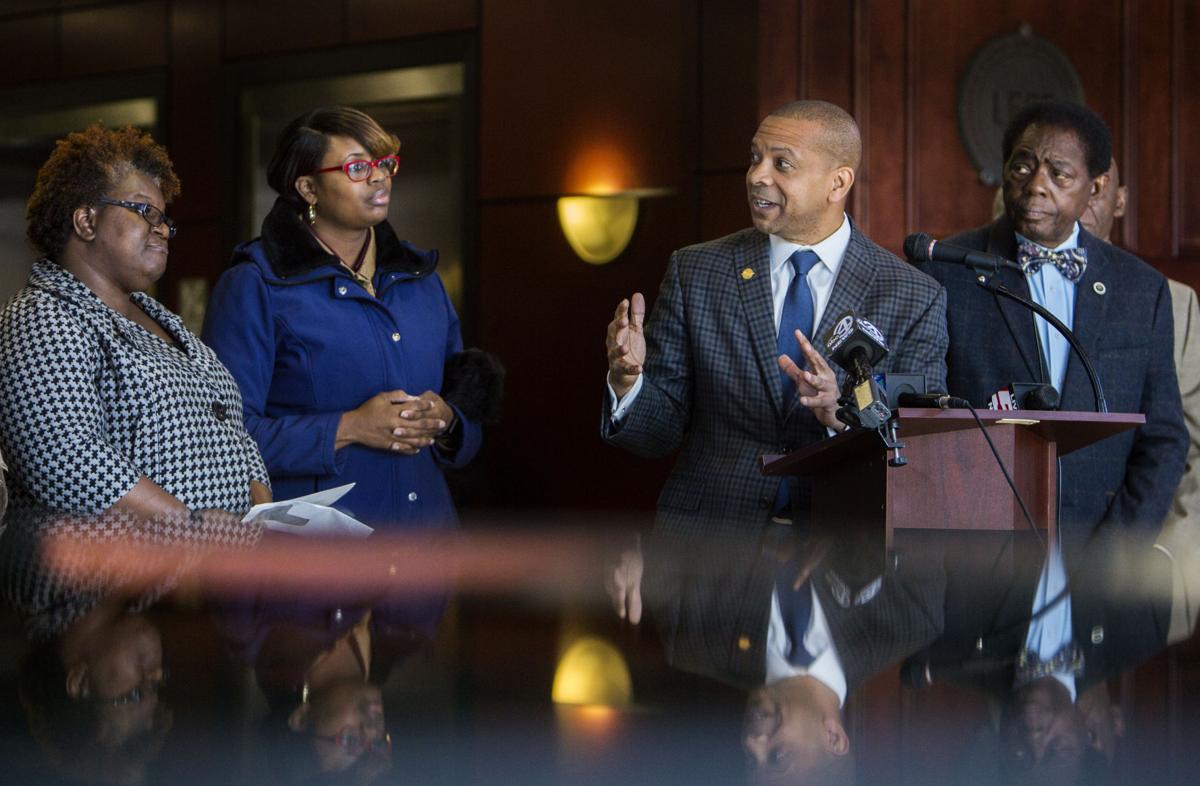 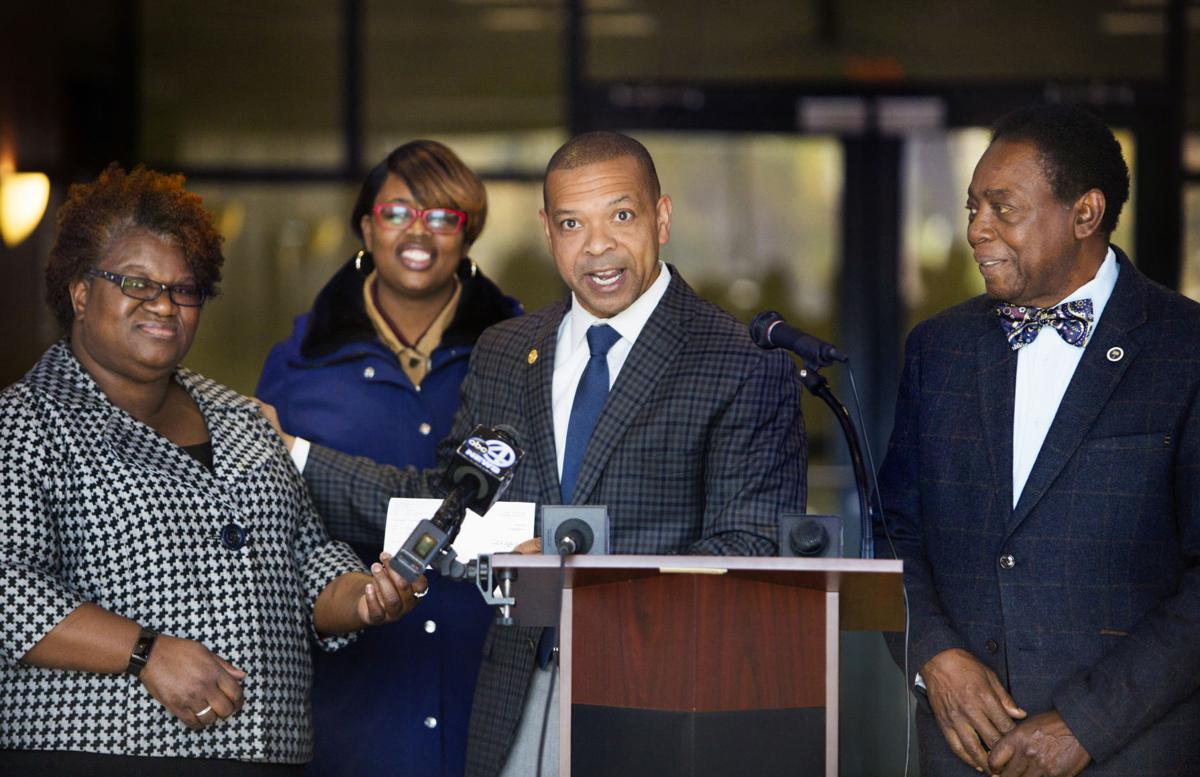 State Sen. Marlon Kimpson, D-Charleston, announced Wednesday a $400,000 grant given to the Center for Heirs Property Preservation to help educate communities on how to protect against gentrification.

State representatives for the Charleston area have been working to raise awareness in the General Assembly about displacement occurring in the Lowcountry, said Kimpson, who was joined by several state representatives, community leaders and a City Council member during the announcement at North Charleston City Hall.

"We must dedicate ourselves to making sure our African American communities, the land, the house, are protected," he said. "We must fight to make sure the historically, culturally significant neighborhoods are preserved."

Many of the communities are known as freedmen villages, founded by freed slaves shortly after the Civil War. Some have been lost. While others still exist, they contain heirs property, sometimes making preservation complex and difficult.

This is particularly prevalent in rural communities where developers buy rights from one heir and then force a sale for an entire tract, said state Rep. Robert Brown, D-Hollywood.

The grant money, which will be used by the end of 2020, will primarily fund educational efforts around zoning and heirs property, Kimpson said. The center, which works with property owners to preserve or sell properties, will host seminars and community forums where residents will learn zoning techniques that could help them keep their homes, or increase property values if residents want to sell.

“We have to focus on the root cause of the problem, which is a lack of education," Kimpson said.

Additionally, the center plans to get feedback from communities about specific spaces and structures, such as cemeteries and schools, that residents want preserved, said Jennie Stephens, CEO of the center. She noted that not all historic African American sites are recognized by the state's Department of Archives and History.

While the center covers 15 counties, its work will focus primarily in Charleston County, where it is based.

State Rep. Marvin Pendarvis, D-North Charleston, joined Kimpson for the announcement and applauded the effort. Before being elected to the Statehouse in 2017, he served on North Charleston's Zoning Board of Appeals, where he said he saw firsthand how zoning impacts development.

He said cities have tools to protect historic communities, such as establishing overlay districts that would prevent certain kinds of development.

Gentrification has already been realized on the peninsula, where increased rent prices have changed the demographics of several neighborhoods. The trend is trickling north to neighborhoods, such as Union Heights, where residents regularly receive offers to buy their homes.

Community leaders celebrated the recent step to preserve the historic aspects of their communities.

"It's an answer to our prayers," said Skip Mikell, president of the Union Heights Community Council.

The efforts will also take place in the same county that will soon welcome a new International African American Museum, which will tell the stories that have long been ignored.

Like the museum, preserving historic neighborhoods ensures that the culture, experiences, and contributions of African Americans are never forgotten, Kimpson said.