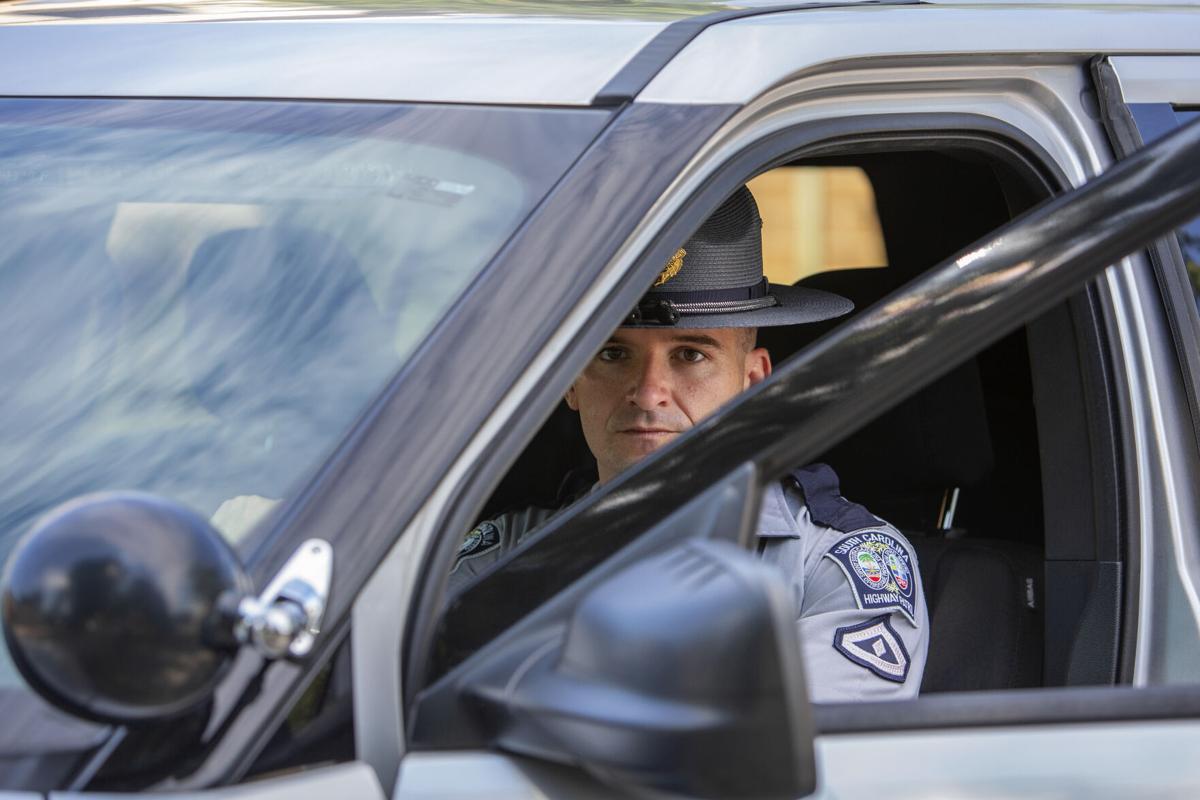 South Carolina Highway Patrol Trooper First Class Nick Pye sits in his vehicle outside the city of Hanahan Municipal Complex on Friday, August 20, 2021. Pye was hit in a wrong-way crash on Interstate 26 last year, and is still recovering from his injuries. Gavin McIntyre/Staff 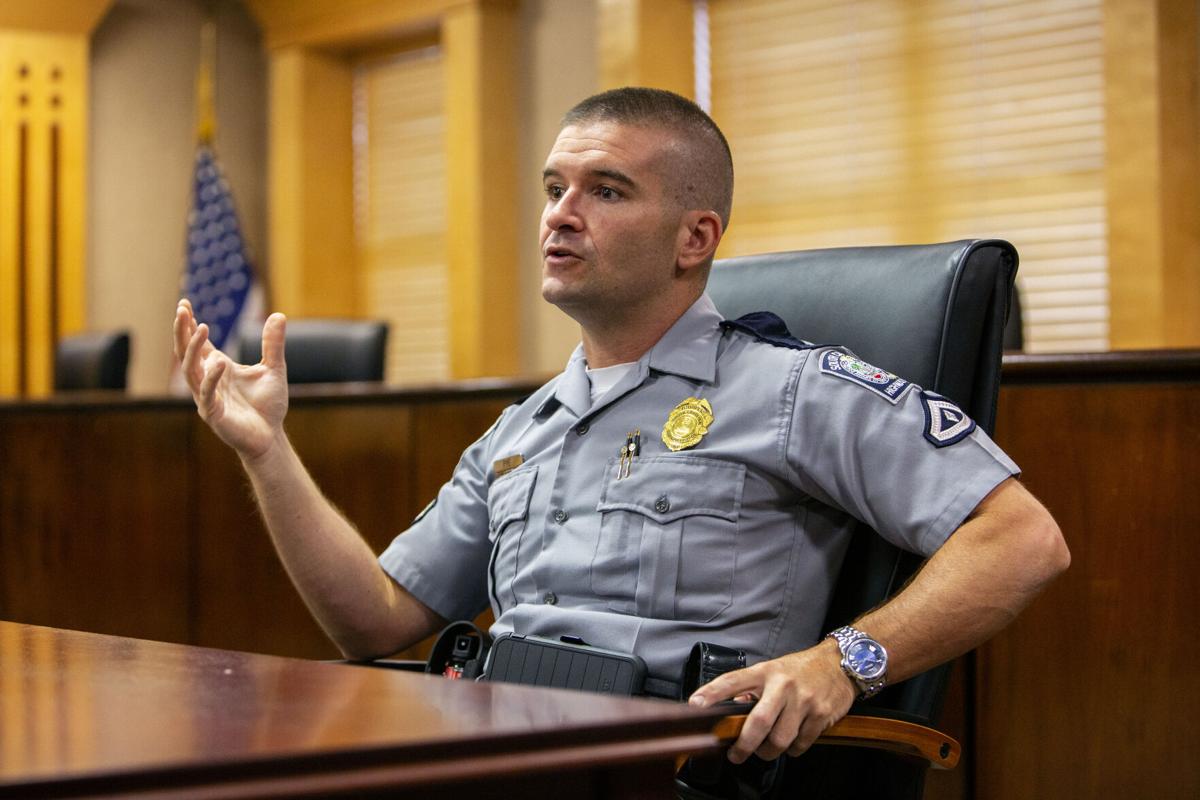 HANAHAN — Trooper Nick Pye of the S.C. Highway Patrol was nearly killed last year when a wrong-way driver slammed into his vehicle.

Pye, now spokesman for the Patrol's Troop 6, and another trooper were hit on Interstate 26 near Cosgrove Avenue in North Charleston about 5:15 a.m. Dec. 27. He and the other patrolman were hit by a car heading east in the left westbound lane, Pye said in an interview at the Hanahan Police Department.

He said he wants the tri-county community to understand the dangers of distracted and impaired driving and how quickly things can sour.  At the time of the crash, Pye was a field-training officer educating the other trooper. Pye was in the passenger seat.

While on a bend of the interstate, a person driving under the influence was cruising in the wrong direction. The two saw headlights appear about 15 feet ahead, squarely moving toward their car at 60 or 70 mph.

The patrolman swerved right, and the oncoming car sideswiped the left side of the vehicle. The troopers' front right tire came off.

“In this job, you have some near-death experiences for sure, but that's just one that sticks out in my mind,” Pye said. “If my partner hadn’t paid attention, then I wouldn't have survived, no doubt.”

No one died in the crash. Pye, his partner and the wrong-way driver were all injured. Pye and the other patrolman are still recovering, he said.

Wrong-way crashes do not happen often, but they consistently occur every year.

In August, a 32-year-old woman driving a Hyundai sedan was traveling north toward Mount Pleasant on the Charleston-bound side of the Arthur Ravenel Jr. Bridge, according to the Charleston Police Department. She crashed head-on into another vehicle and died.

Charleston police are still investigating the crash. Police reports indicate it is unclear what ramp Swain took to get onto the wrong side of the bridge.

These crashes combined have injured 500 people and killed 49 in the past three years.

Cpl. Tyler Tidwell, another highway patrolman for the state’s southern tip, said the deaths and injuries from these crashes impact loved ones across South Carolina.

“One of the hardest aspects about our job is going to someone's house and knocking on the door and telling them that their loved one is no longer here,” he said. “If the collision is avoidable, then it is something that shouldn’t happen.”

Tidwell said wrong-way crashes can look vastly different. A car driving on the wrong side of the interstate is typically a much more severe crash compared to a wrong-way crash on a two-lane road, he said, though both are categorized the same.

Driving under the influence is the primary cause of driving the wrong way on interstates, Pye said.

“Some of the ramps in the Charleston area may be confusing since it's grown so much,” he said. “But you don't get on the interstate and travel the wrong way for multiple miles and not have something be impairing your driving.”

But wrong-way crashes are reflective of the dangers of the road, Pye said.

“Driving is the most dangerous thing that a normal person would do on a daily basis,” he said. “Until that is in people's heads, we're going to continue to have these fatal collisions.”

Pye thinks his crash is a reminder to pay attention to the road, he said. Even if a person is driving safe, they should be wary of those around them who aren’t as responsible, he said.