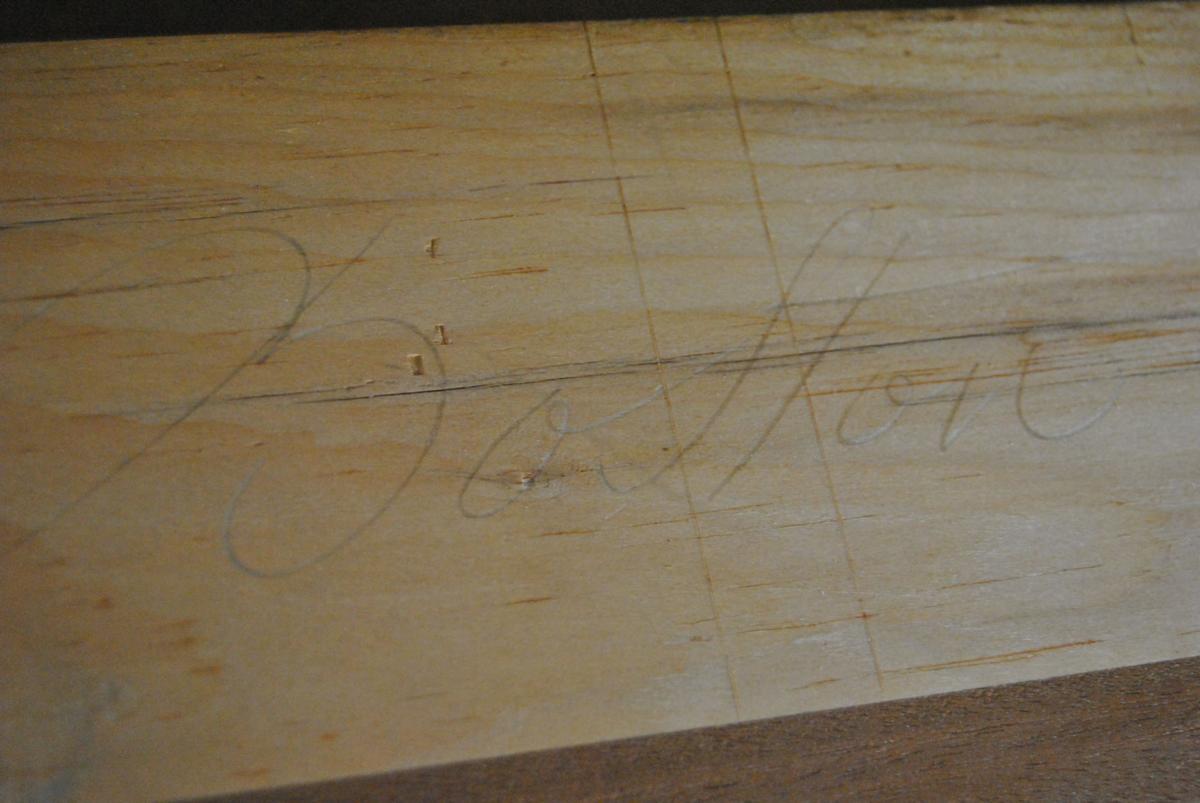 This pencil signature on an 1805 chest of drawers is believed to have been done by a former slave craftsman named Boston. Robert Behre/Staff 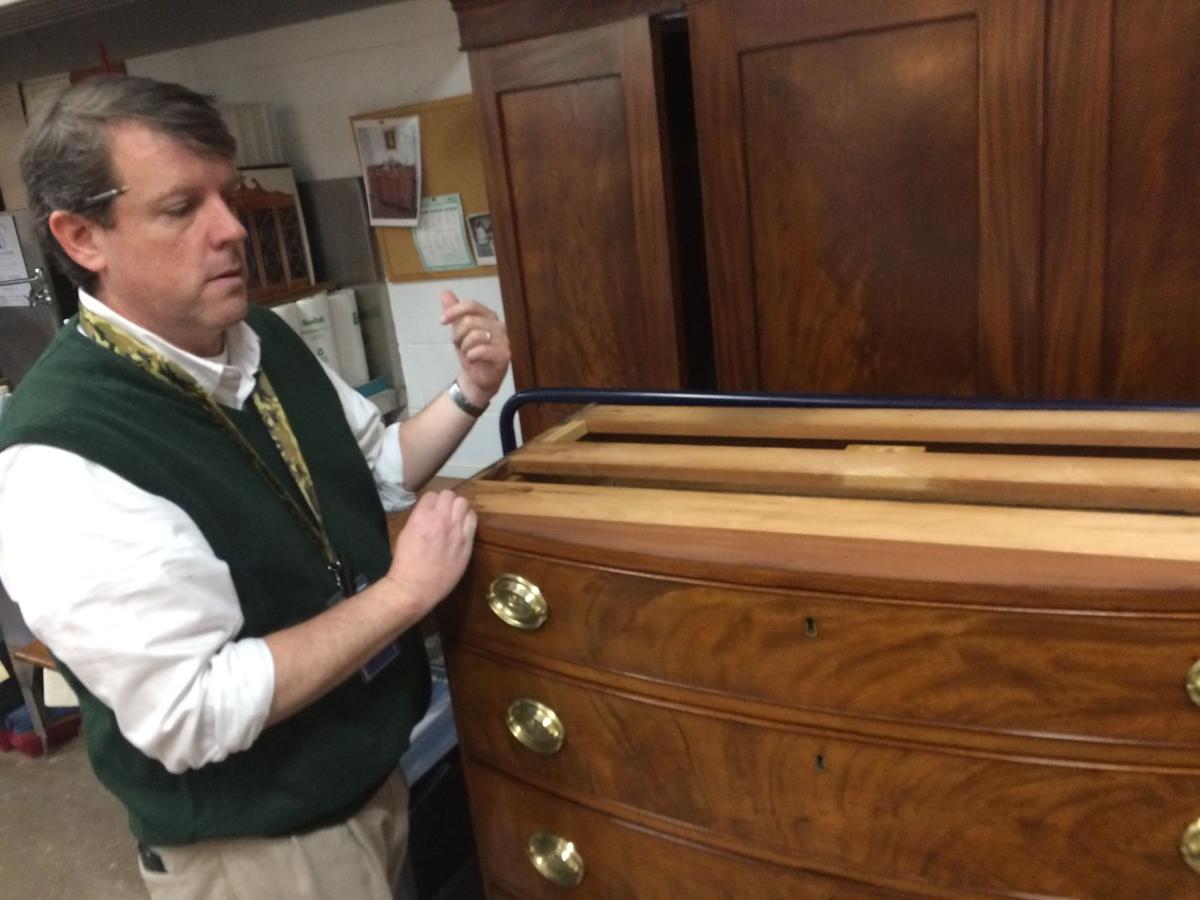 This pencil signature on an 1805 chest of drawers is believed to have been done by a former slave craftsman named Boston. Robert Behre/Staff

The mahogany bow front chest of drawers would be considered a valuable antique in its own right, but some hidden writing made it especially cherished by the Charleston Museum when it recently acquired the piece.

Written in pencil underneath the chest's top — on wood that may not have seen the light of day since its original assembly — are these words: "Boston, October the 18th, 1805."

The discovery makes it the earliest known decorative piece attributed to a black craftsman in Charleston, said Grahame Long, the museum's chief curator.

"We've always known that freed persons of color and slaves were in these silversmith and cabinetry shops," he said. "But we've never had good proof of what they were working on. This is a fairly big piece in the puzzle of pulling that back together."

Long said he is almost positive that Boston once worked in Charleston as a slave but became a free person of color by the 1790 census. While no known record shows Boston working for furniture maker Robert Walker, records do show that an African-American named Boston previously worked in two other cabinetry shops and for a silversmith. Museum Director Carl Borick said that evidence "is our smoking gun, if you will."

The story of this unlikely find began last year, when former antique restorer David Beckford bought the chest at a New England auction because he suspected it had Charleston roots.

Beckford, who lived and worked in Charleston before moving to Maine, said the piece looked like it had been made by Walker, a prolific and skilled furniture maker whose shop made several pieces already on display in Charleston's house museums.

When he disassembled the piece to research and inspect it, he discovered the pencil markings — markings the museum described as "audaciously indiscreet."

"I've done many hundreds of Charleston pieces over the years and maybe I’ve found signatures on eight or 10 pieces," he said. "Boston was interesting to me because I’m not aware of any other piece that a freedman in Charleston had ever signed."

He notified the Charleston Museum, which ultimately led to its successful bid of $26,000 at a Jan. 28 auction. Borick said that while the chest is in fine condition, the museum already has six Robert Walker pieces in its collection and was mainly interested because of the signature.

"We were very pleased about the price," Borick said. "We thought it was going to be significantly higher."

The successful bid was placed by the E. Milby Burton Trust for Historic Houses, which was founded in 1979 to honor Burton, the museum's longtime director and to support the museum’s two historic houses that Burton helped acquire. The trust has contributed almost $400,000 to projects at the Heyward-Washington and Joseph Manigault Houses.

The new chest will be displayed later this month inside the Manigault House directly across John Street from the main museum. While Boston's signature and date won't be seen, an interpretive panel will provide an image and explanation about it.

Both Long and Beckford said the signature raises several interesting questions, such as how Boston obtained his freedom, whether he signed other pieces, why he signed this particular one and whether any of his supervisors knew what he was up to.

"I don’t think that was probably an acceptable thing for a black man to do at that time," Beckford said, "to take any credit for anything."