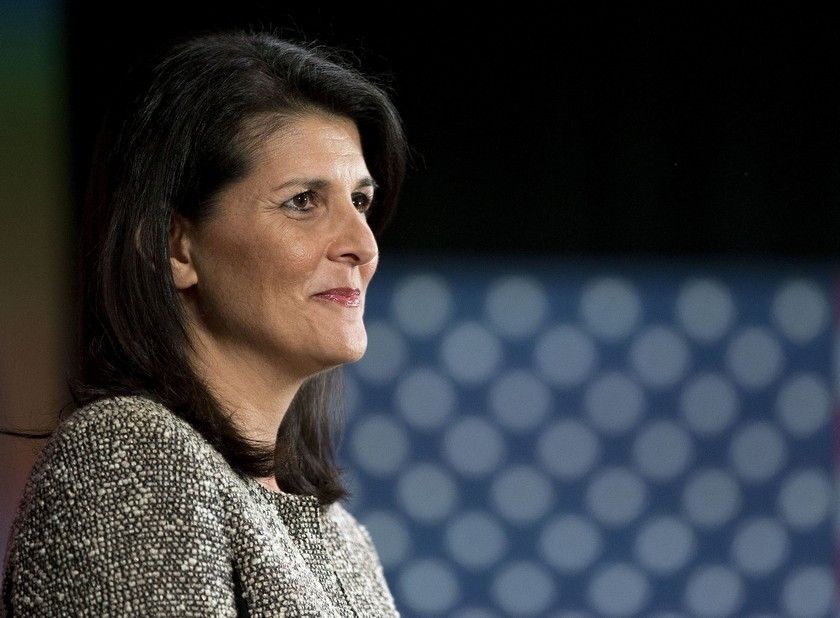 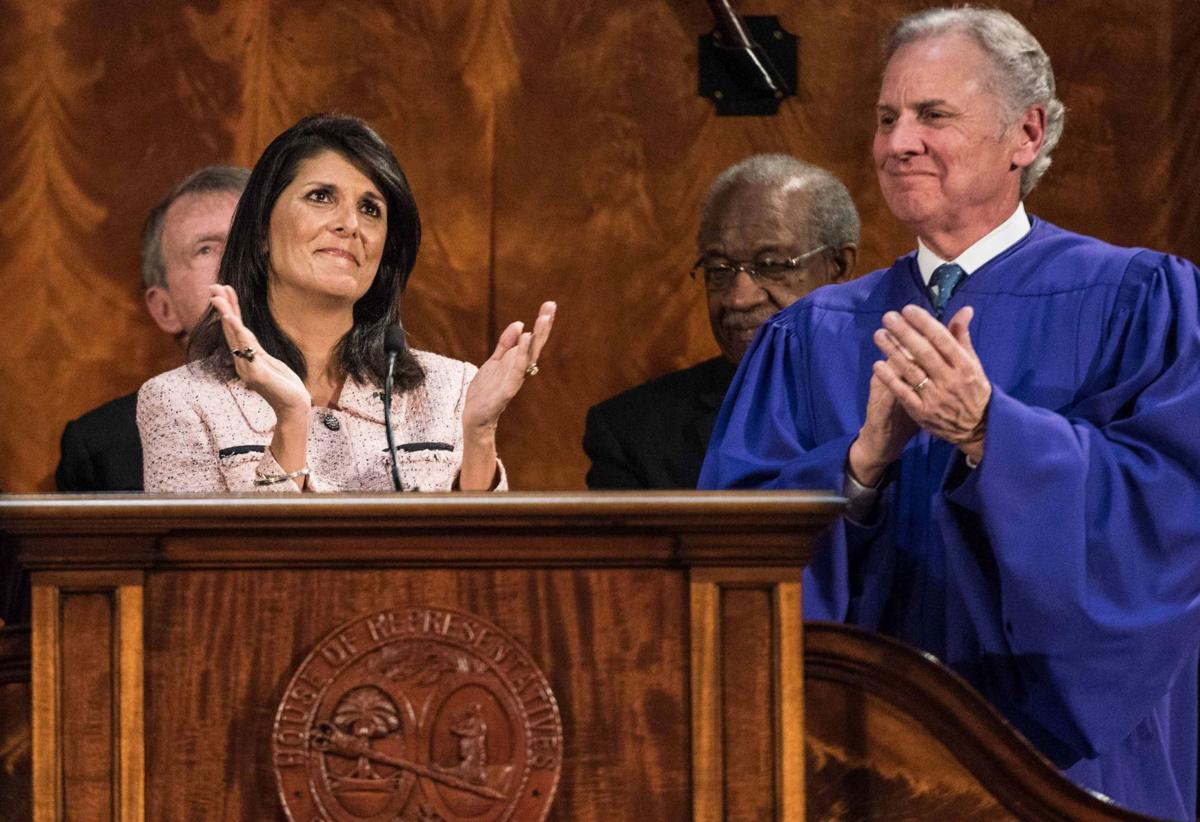 Gov. Nikki Haley, who has traded insults with Donald Trump, and Lt. Gov. Henry McMaster, who endorsed him before the S.C. GOP presidential primary, applaud during her State of the State speech on Jan. 20. 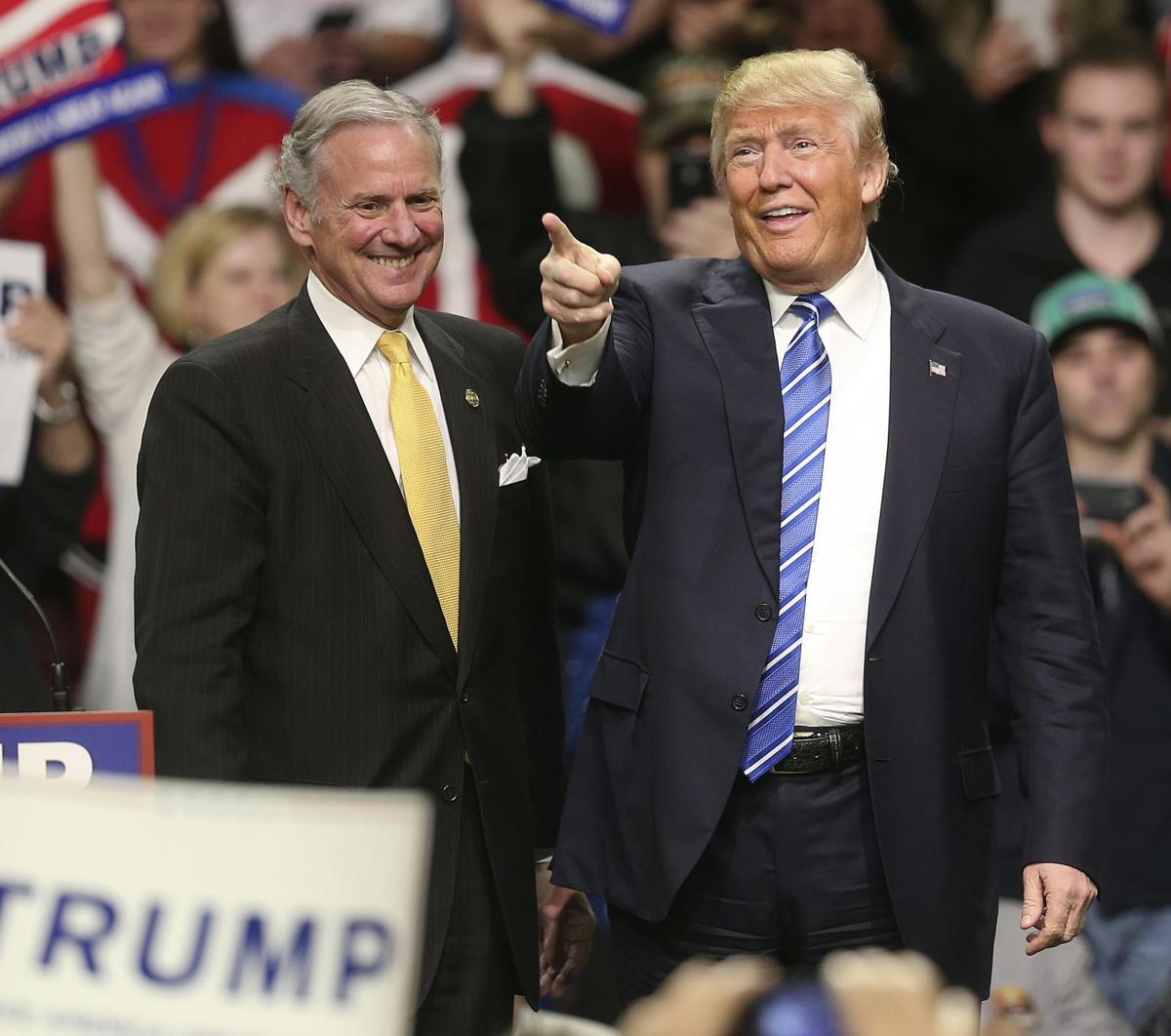 Gov. Nikki Haley, who has traded insults with Donald Trump, and Lt. Gov. Henry McMaster, who endorsed him before the S.C. GOP presidential primary, applaud during her State of the State speech on Jan. 20.

COLUMBIA - Gov. Nikki Haley is scheduled to meet with President-elect Donald Trump Thursday amid growing reports she is being considered for a spot in his administration.

News of the meeting, set for the morning in New York, began to filter out late Wednesday night from multiple press outlets. It also came after Trump-ally Lt. Gov. Henry McMaster told The Post and Courier earlier in the day he and Haley are being considered for Cabinet positions in Trump's White House.

McMaster said Haley is being considered for several posts including secretary of state. McMaster, one of Trump’s earliest statewide political endorsers, said the daughter of Indian immigrants could provide a fresh set of eyes on foreign affairs.

“It would be like how Mr. Trump is bringing fresh eyes to running our government,” he said.

McMaster said he has been speaking with the Trump transition team about becoming attorney general. McMaster was a U.S. attorney and the elected state attorney general before becoming lieutenant governor.

He said he started speaking with the Trump transition team soon after the New York billionaire clinched the election last week. McMaster said he spoke again with the team earlier Wednesday.

McMaster has been weighing a run for governor but said he would do whatever he could to help Trump. He said he did not know if he would take a role as a deputy to the attorney general.

McMaster said he would tackle growing problems with drugs and human trafficking as attorney general. He also would work for better coordination between state and federal law enforcement.

If he's appointed attorney general, McMaster said he would need to look at the facts before launching any investigation of Democratic presidential nominee Hillary Clinton's use of a private email server when she was secretary of state.

Haley, who is in her second and final term as governor, has clashed with Trump over some of his foreign policy proposals, notably a temporary ban on Muslims entering the country. But the pair apparently have repaired their relationship as Haley voiced support for Trump as Election Day approached.

Multiple calls to Haley's media staff were not immediately returned Wednesday. A Trump spokesman also did not respond to phone and text messages asking for comment.

Trump sources in South Carolina recognized there has been a healing since the heated primary season.

“We appreciate what she did for Donald Trump in the campaign,” said Ed McMullen, who was South Carolina chairman and a national adviser for the Trump campaign.

News of the pair being considered was received favorably by other state figures. South Carolina Republican Party Chairman Matt Moore said both would be "great additions to a Cabinet team," pointing out that other S.C. Republicans have served, including former governor Jim Edwards, who was energy secretary for Ronald Reagan. Former House Speaker David Wilkins was George W. Bush's ambassador to Canada.

One point of intrigue, if the two were to leave at once, is that the vacancies would elevate Senate President Pro Tempore Hugh Leatherman to governor.

While Trump supporters have been encouraging outsiders in the government as part of Trump's election mandate, some say questions can be raised about Haley's preparedness to serve as secretary of state.

"Secretary of state is going to be a bit of a stretch for Haley's area of expertise," she said, adding that Haley has yet to be vetted about foreign policy, trade and protectionism.

It also might be difficult for Haley, a daughter of Indian immigrants, to enthusiastically support Trump's anti-immigrant platforms that surfaced during the primary period. A U.S. Department of Commerce post may be more in line with her skill set, Stewart said.

One advantage of the names of the two leaking out early, Stewart said, is that it's a way of getting public opinion to weigh in before the president-elect formally commits to any one person.

Haley had been seen as feuding with Trump over his harsh rhetoric. But after casting her ballot in Lexington on Nov. 8, she  explained why she voted for Trump — even after disagreeing with his tone during the GOP primaries.

“Don’t look at the personalities, look at the policies. Look at what’s really at stake here,” she said outside the polling station at Mount Horeb United Methodist Church.

McMaster backed Trump during a rally at a tree farm in Lexington in January, a few weeks before the South Carolina Republican presidential primary. The former S.C. Republican Party chairman was the first statewide elected office holder to back the political newcomer’s upset run for the White House.

Scuttlebutt about South Carolinians serving in a Trump administration wasn't limited to Haley and McMaster. In Washington, reports surfaced that U.S. Rep. Trey Gowdy, R-S.C., is or was also under consideration for attorney general.

Gowdy's resume as a solicitor and prosecutor, and his reputation as an honest broker, would work to his favor. However, he could face rocky confirmation hearings from Democrats because of his chairmanship of the Benghazi committee, which many Democrats blame for helping to demonize Clinton.

U.S. Sen. Tim Scott, R-S.C., is still going to bat for Gowdy, confirming to The Post and Courier that he’s “texted and called” members of Trump’s transition team to put in a good word.

“I think without any question the number one candidate to be attorney general of this country should be Trey Gowdy,” Scott said of his close friend.

When asked to comment, Gowdy demurred in an email statement.

“It is a compliment I will always treasure that he believes I have the qualities needed to be a prosecutor,” he said, adding that Scott himself would “be an ideal Cabinet-level selection for any president-elect.”

The two lawmakers are also in the mix to run as a joint ticket for governor and lieutenant governor in 2018. Scott said no decisions had been made.

The South Carolinians aren't the only ones being evaluated. Among those under consideration for secretary of state are former United States ambassador to the United Nations John Bolton, Tennessee Sen. Bob Corker, former House Speaker Newt Gingrich and former New York Mayor Rudy Giuliani.

Gavin Jackson and Emma Dumain contributed to this report.