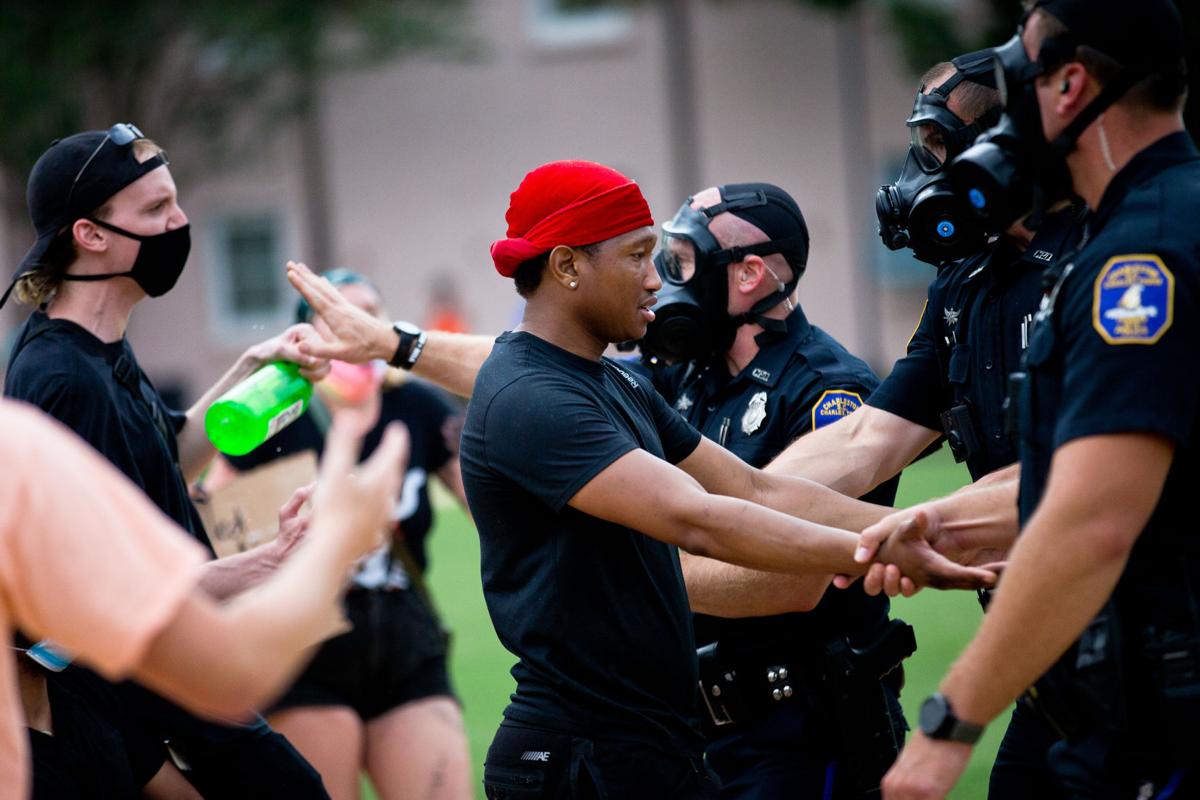 Police arrest Givionne "Gee" Jordan Jr., 23, in Marion Square during a protest on Sunday, May 31, 2020, in Charleston. Andrew J. Whitaker/Staff 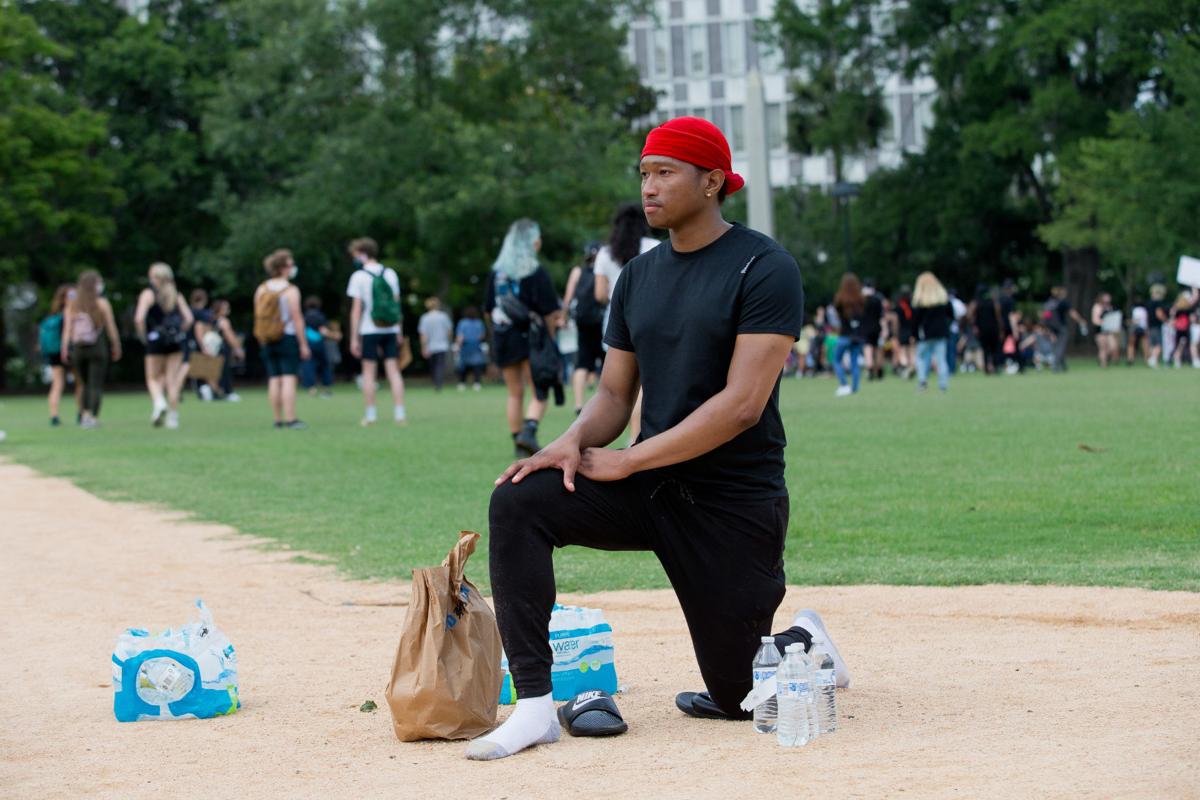 Givionne "Gee" Jordan Jr., 23, kneels alone in Marion Square during a protest on Sunday, May 31, 2020, in Charleston. Andrew J. Whitaker/Staff

Police arrest Givionne "Gee" Jordan Jr., 23, in Marion Square during a protest on Sunday, May 31, 2020, in Charleston. Andrew J. Whitaker/Staff

Givionne "Gee" Jordan Jr., 23, kneels alone in Marion Square during a protest on Sunday, May 31, 2020, in Charleston. Andrew J. Whitaker/Staff

For a moment it seemed like a section of a boisterous protest in Marion Square on Sunday had come to a halt. A crowd gathered around a single protester in a black T-shirt and bright red do-rag who knelt before a line of Charleston police.

“I am not your enemy,” Givionne “Gee” Jordan Jr. told the officers. “All of you are my family.”

Emotion caught his voice. Other protesters crouched over him, their hands on his shoulders as he spoke. “I love each and every one of you. I want to understand all of you. I want to. I would love to see the best side of everyone here."

Moments later, several officers pulled him to his feet and placed him in handcuffs.

In a video of the episode, which has more than 7 million views on social media, protesters scream at police as they haul Jordan away.

please watch. please listen closely. if anyone has any information on this man / a link to his go fund me please let me know. this is absolutely not okay. we will not be silenced. pic.twitter.com/t2h6FovmoL

In an interview with The Post and Courier, Jordan, a 23-year-old Charleston resident, said he spent the night in the county jail. He was charged with disobeying a lawful order, according to a police report.

He is among the more than 60 who have been arrested in the Charleston area since protests began over the police killing of George Floyd in Minnesota.

Charleston Police Chief Luther Reynolds defended the officers’ actions in Marion Square on Sunday. He stressed that Jordan’s two-minute video does not encapsulate a tense protest where a large crowd had been ordered to break up.

Daylight reveals path of destruction in Charleston from looting, vandalism after protests

“We specifically asked for them, numerous times, to disperse,” he said. “We said if you don’t you will be arrested.”

Reynolds did not say why officers seemed to single Jordan out from the crowd. Jordan said he was arrested around 5 p.m., well before Charleston's 6 p.m. curfew.

Reynolds stressed that officers were also on high alert Sunday after a night of unrest Saturday, which included fires and looting.

Jordan was among a crew who volunteered to clean up downtown Sunday morning. He swept the streets and carried plywood to help business owners board up their storefronts. In the afternoon he headed to Marion Square, near King Street.

A crowd of about 200 gathered. At some point, Jordan, a black man, knelt on the ground.

In the video, several white protesters can be seen crouching around him, placing their hands on him.

“If we charge you, if you charge us, what is that really doing?” he added.

None of the officers responded. Instead, they stepped forward, and took him away.