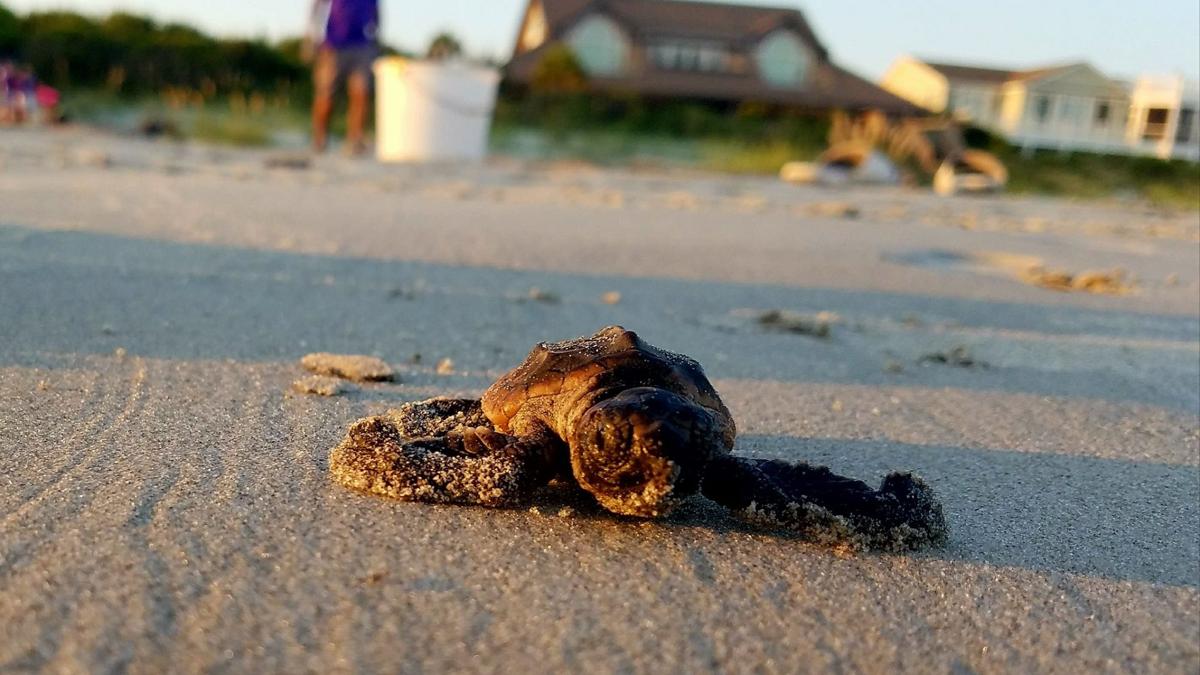 One of the last nests of loggerhead sea turtles to hatch before Tropical Storm Irma thrashed Seabrook Island on Sept. 7, 2017. More than half a million sea turtles emerged from nests in South Carolina this year. Provided/Josh Shilko 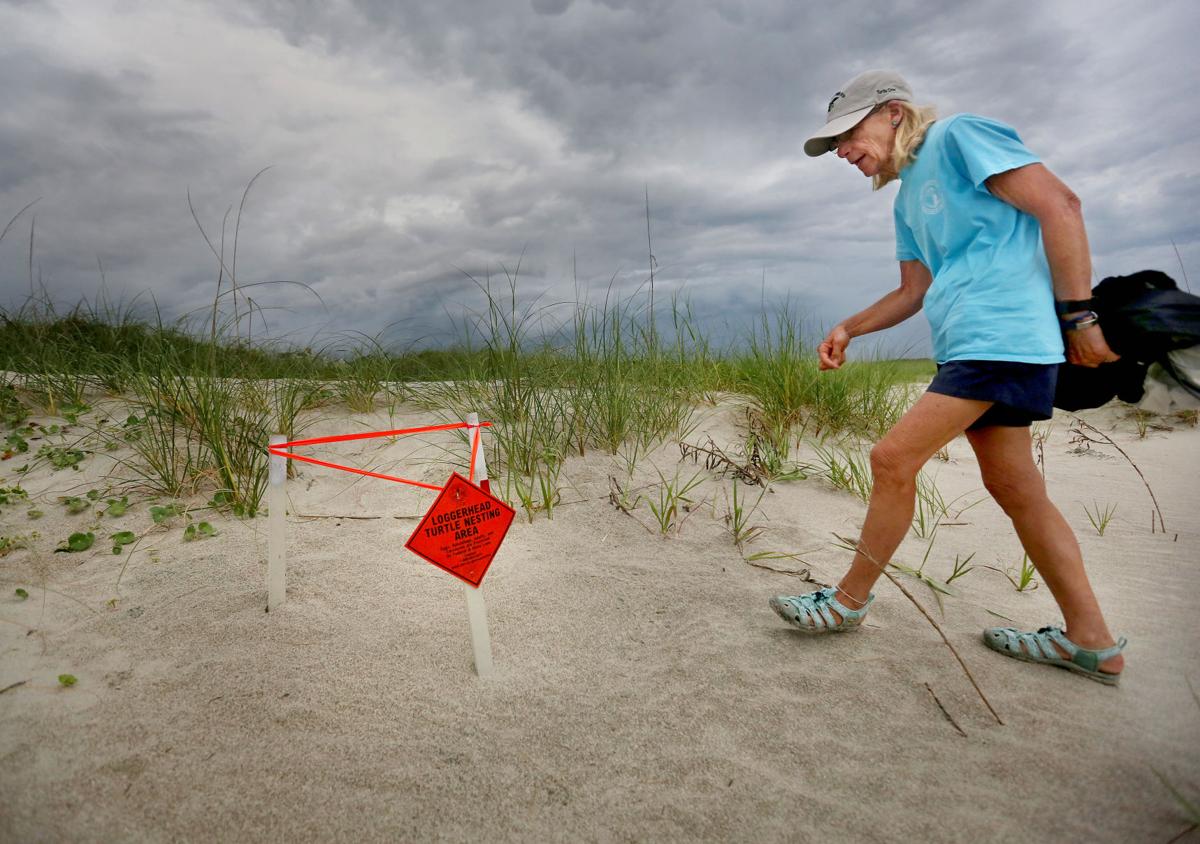 Gina McQuilken checks out a leatherback sea turtle nest during her morning turtle walk on Wednesday, May 30, 2018, at Wild Dunes on the Isle of Palms to make sure the nest hasn't been disturbed. File/Grace Beahm Alford/Staff

The total is staggering: More than a half-million loggerhead sea turtle hatchlings made their way from nests to the ocean in South Carolina this year.

That number — a preliminary figure of 525,540 emerged eggs —  tells the success of a largely volunteer program that has helped to bring the loggerhead back from a threatening decline.

The hatches this year came despite hundreds of nests being lost to overwash from recurrent flood tides and Hurricane Dorian.

"It has been an amazing season," said Michelle Pate, the S.C. Department of Natural Resources sea turtle recovery coordinator.

She didn't want to say much more until the numbers are verified in a quality-control analysis conducted annually.

More females are coming in to nest in recent years and are believed to be breeding-age adults born in the 1980s when more stringent nest protection was getting underway.

During that decade, about a half-million hatchlings crawled to the sea from S.C. nests. In the years since, the success rate has seen more than 10 times that number make the crawl. In the past 10 years alone more than 2.5 million hatchlings emerged, according to DNR estimates.

Then came this year — matching the hatch of the entire first decade. All but 24 of the nests were loggerheads, the predominant nesting species here.

When they were put on the federal endangered species list, the numbers of Atlantic nesting loggerheads generally were thought to be in a gradual decline.

South Carolina, however, has been a leader in the recovery work. The sheer numbers of female turtles that might be out there suggest a wilder prospect: Thousands more nests could soon jam the beaches.

The success hasn't come without obstacles. Nesting females already must contend with beaches getting more crowded with humans each year. The turtles' future has been threatened by fishnets and marine debris and the destruction of habitat such as nesting dunes.

The turtle recovery program has relied on the marking and monitoring of nests by hundred of volunteers, state and federal wildlife biologists who relocate nests deemed in danger of washing away. They install mesh cages around the nests to keep predators like raccoons out.

The hatch numbers don't surprise Sally Murphy, a retired DNR biologist who galvanized the nest protection effort, which has led to volunteer groups across the coast. She also led advances such as the sea turtle-stranding network and turtle-excluding devices in fishing nets.

Ocean and wildlife research in Charleston suffers from funding losses

"Back when I started the sea turtle program, I did see those kinds of numbers on Cape Island. Statewide nesting wasn’t that high, but on Cape there were well over 2,000 nests per season in the mid- to late-1970s" she said.

But she lamented "the raccoons were getting most of them, so less than 10 percent were hatching. And that’s the important number, how many hatchlings make it to the sea," she said.