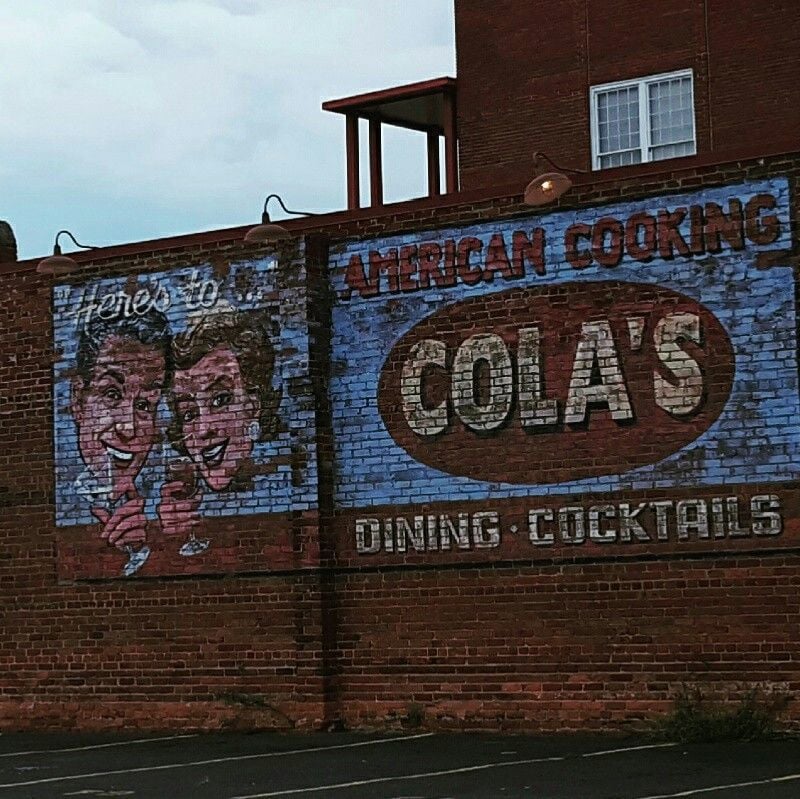 Charleston-based muralist David Boatwright completed this faded hand-painted sign for Cola's Restaurant on Assembly Street in Columbia to resemble the "ghost signs" and faded advertisements popular on buildings facades at the turn of the 20th century. Photo courtesy of David Boatwright. 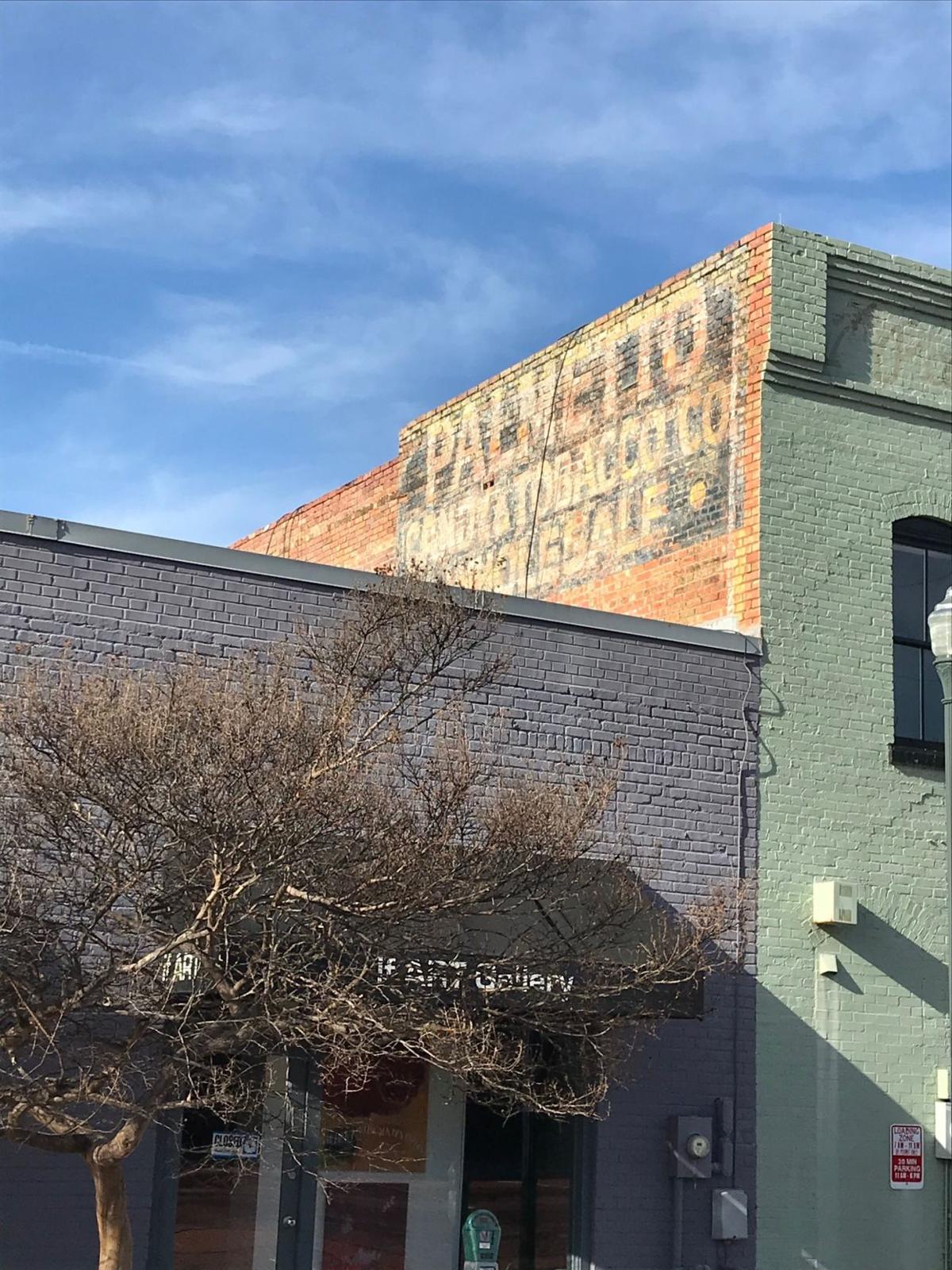 Palmetto Candy & Tobacco closed its doors on Lincoln Street in Columbia in 2012. This hand-painted advertisement on the side of its building is a classic example of what's known as a ghost sign. Adam Benson/Staff 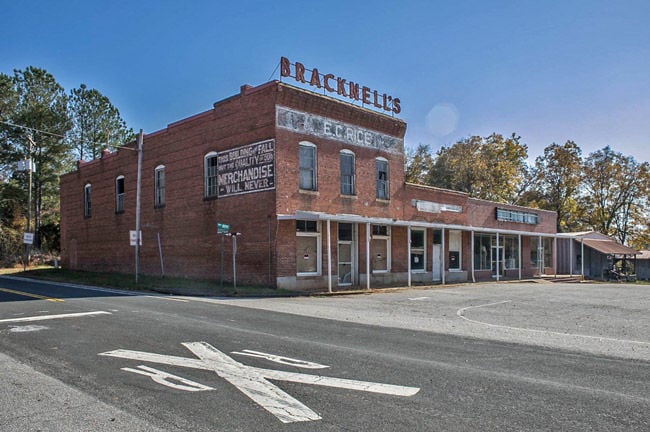 COLUMBIA — Jason Tselentis has a strong reaction to efforts by an advertising company to erect six digital billboards in Mount Pleasant.

“Oh God, no,” said the associate professor of visual communication design and typography at Winthrop University.

He’s an aficionado of an urban art form that exists across American cities and towns — those larger-than-life, hand-painted banners known as ghost signs that whisper the past into the present.

“It’s part of the DNA of a city. I sometimes like to say it’s part of the social fabric, because fabric is ephemeral, it can come and go. It can rot,” Tselentis said. “And these signs are legacies for the artists, the advertisers and also for the general public tomorrow and the next day and the next year.”

They evoke a time where craftsmanship wasn’t aided by computer software and in-camera tricks.

Some of the nation’s most recognizable companies have used the sides of buildings as billboards over the course of the 20th century, including Coca-Cola, Pepsi and IGA, all of which have a presence on South Carolina structures.

Others, such as a small one for Mullins Cleaners in Landrum or the now-shuttered Palmetto Candy & Tobacco in Columbia, remain local landmarks.

Manmade and imperfect, oftentimes weathered and faded, the signs have a nuance to them that muralist David Boatwright said is impossible to ignore.

“Because the paint is going to get sun and wind and rain, it is going to age,” he said. “And there are few things in life that look better as it ages.”

Around South Carolina, in far-flung areas from Plum Branch to the Midlands and into the Lowcountry, these conduits to the past remain, and it’s very likely there are dozens, maybe hundreds more still hidden, sometimes discovered only when a building is razed or interior wall removed to make way for expansion.

“I think you only begin to appreciate them when you find them, or accidentally stumble upon one,” Tselentis said.

No ghost sign census has ever been taken, but documentarian Ken Jones has photographed and indexed more than 7,000 of them in 48 states since 2009. Jones could not be reached for comment, but his site, drkenjones.com, is a shrine to these marketing relics.

In September, Jones said he was adding 800 photographs to his database.

Among them is one commissioned at the dawn of the 20th century for an entrepreneur named John William Bracknell, who opened a mercantile store in McCormick County’s Plum Branch in 1902.

Shoppers entering the brick merchandiser were greeted with a hand-painted promise:

“This building may fall, but the quality of our merchandise will never,” proclaimed an advertisement painted on its brick façade. The word “may” swings upward, ending just a few inches from the white border that encloses the confident message.

There were supermarket and clothing departments on the ground floor and an appliance section on the top.

Constructed in 1902, Bracknell’s was once the largest general store between Augusta and Greenville, its location in the center of town and hugging a busy railroad corridor helping to account for decades of prosperity.

By the 1980s, a modern economy and changing consumer behavior rendered Bracknell’s obsolete, but the building and its distinctive branding remain intact.

“In a way, those hand-painted signs do have a certain life. You just sort of respond to something that is painted, where digital is perfect,” Boatwright said. “It does say something about the design consciousness of that era.”