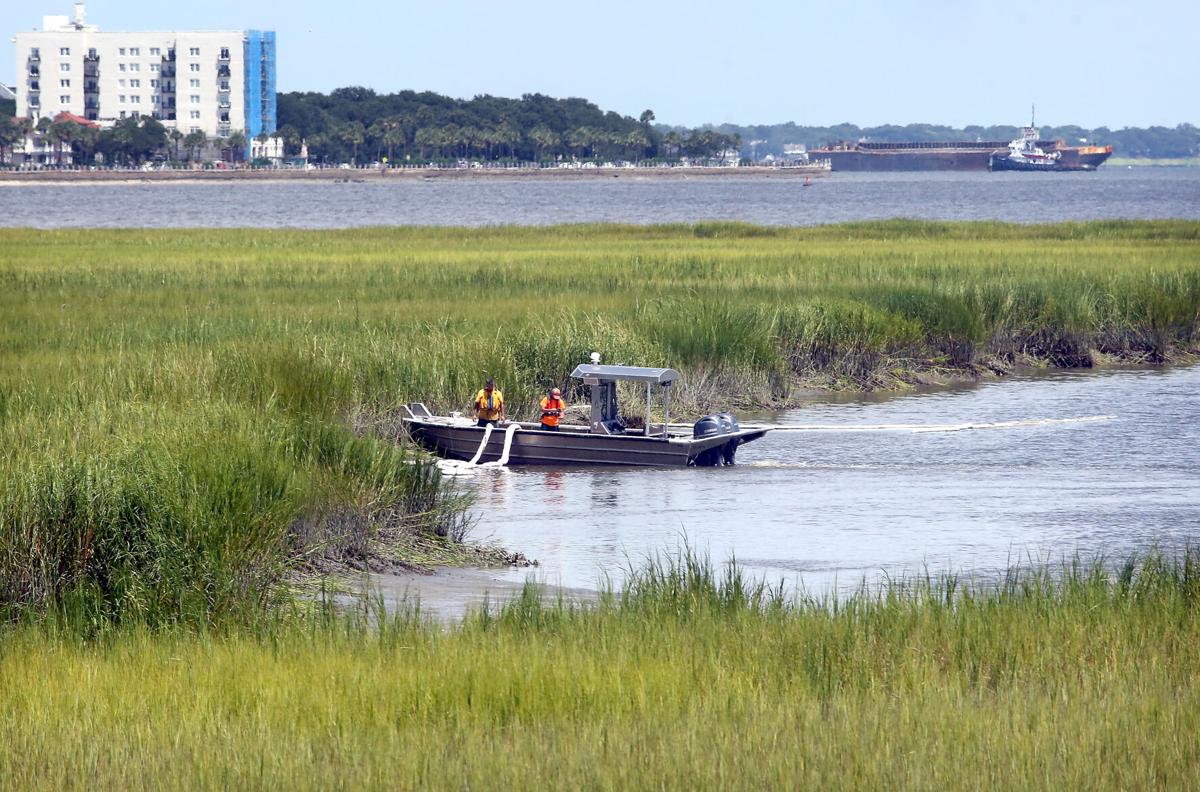 Workers continue Monday, Aug. 17, 2020, to clean up the last of a 3,000-gallon diesel fuel spill from Charleston Water Systems' Plum Island facility. A leak Saturday contaminated the marsh and creek next to the facility. Brad Nettles/Staff 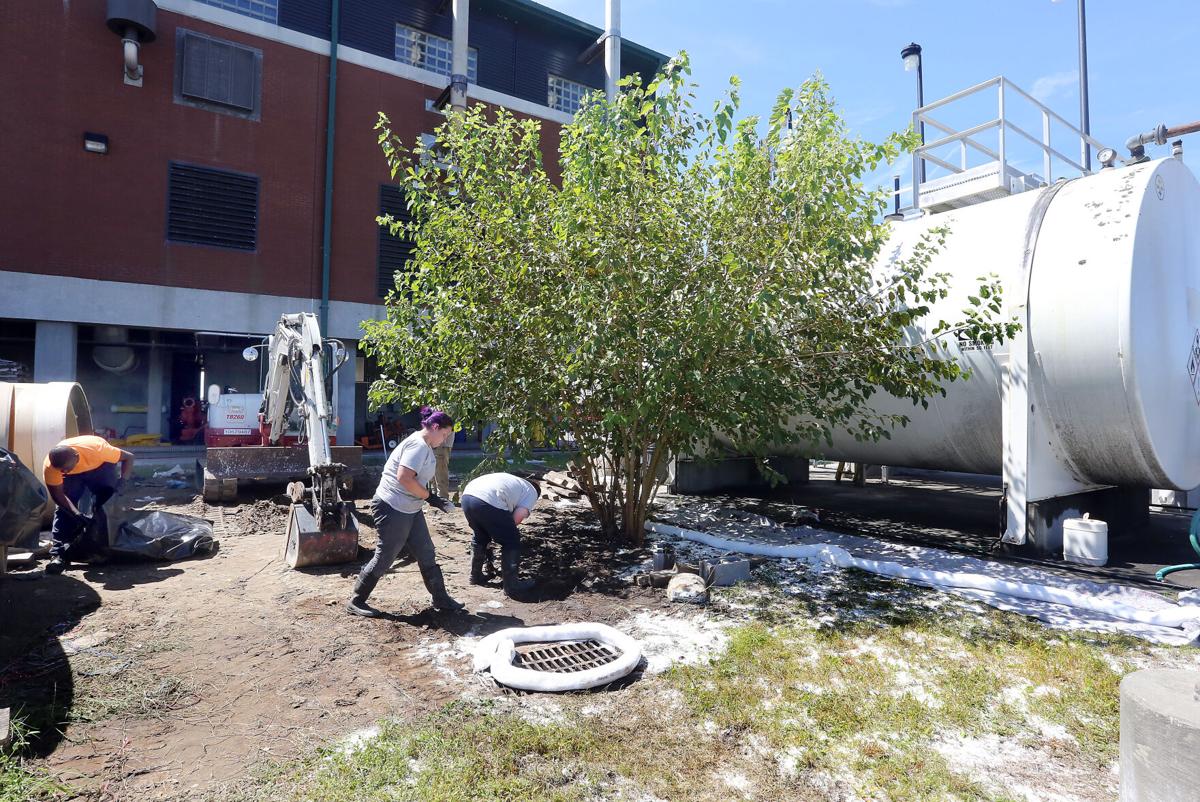 Workers continue Monday, Aug. 17, 2020, to clean up the last of a 3,000-gallon diesel fuel spill from Charleston Water Systems' Plum Island facility. A leak Saturday contaminated the marsh and creek next to the facility. Brad Nettles/Staff

Cleanup of the last, trickiest 30 gallons of diesel fuel of the 3,000 that spilled into marsh grass near Dill Creek on James Island this weekend should be completed by Saturday, a Charleston Water System spokesman said Monday.

"The remaining 1 percent is the longest part of the cleanup because there is such a minimal amount," Saia said on Monday. "It is difficult to clean up because we have to rely on the tides."

On Saturday, workers placed sandbags around the tank to contain the spill, threw diesel-absorbent mats and blankets into the water and marshy areas and used vacuum-type trucks to remove the fuel.

Throughout the week, HEPACO, Salmons Dredging Corp. and Charleston Water System employees will go out into the marshland in boats to look for concentrations of the diesel fuel. To better see the fuel — which floats on the water — it has been dyed red.

Workers handling the cleanup will replace diesel-absorbent mats and blankets.

Charleston Water System doesn't have an estimated cost for the cleanup. Since it was a mechanical pump-control failure, leaders hope the cleanup and repair will be covered by one or two of their insurance policies.

If the two insurance policies won't cover it, Saia said the water system is "very much under budget" and has "plenty of contingency" funds in its $150 million budget.

Charleston Water System leaders are "absolutely sure there will be no impact to ratepayers," Saia said.

Over 7,000 gallons of raw sewage spilled from treatment plant into James Island creek

The state Department of Health and Environmental Control and the U.S. Coast Guard were on scene monitoring cleanup. The Coast Guard did aerial and boat drive-by reviews Saturday night, Sunday morning and night and again Monday morning.

It is too soon to say how the spill will affect wildlife there, Andrew Wunderley of Charleston Waterkeeper said over the weekend. Smaller fuel spills are common in that area, but thousands of gallons at once will have an impact.