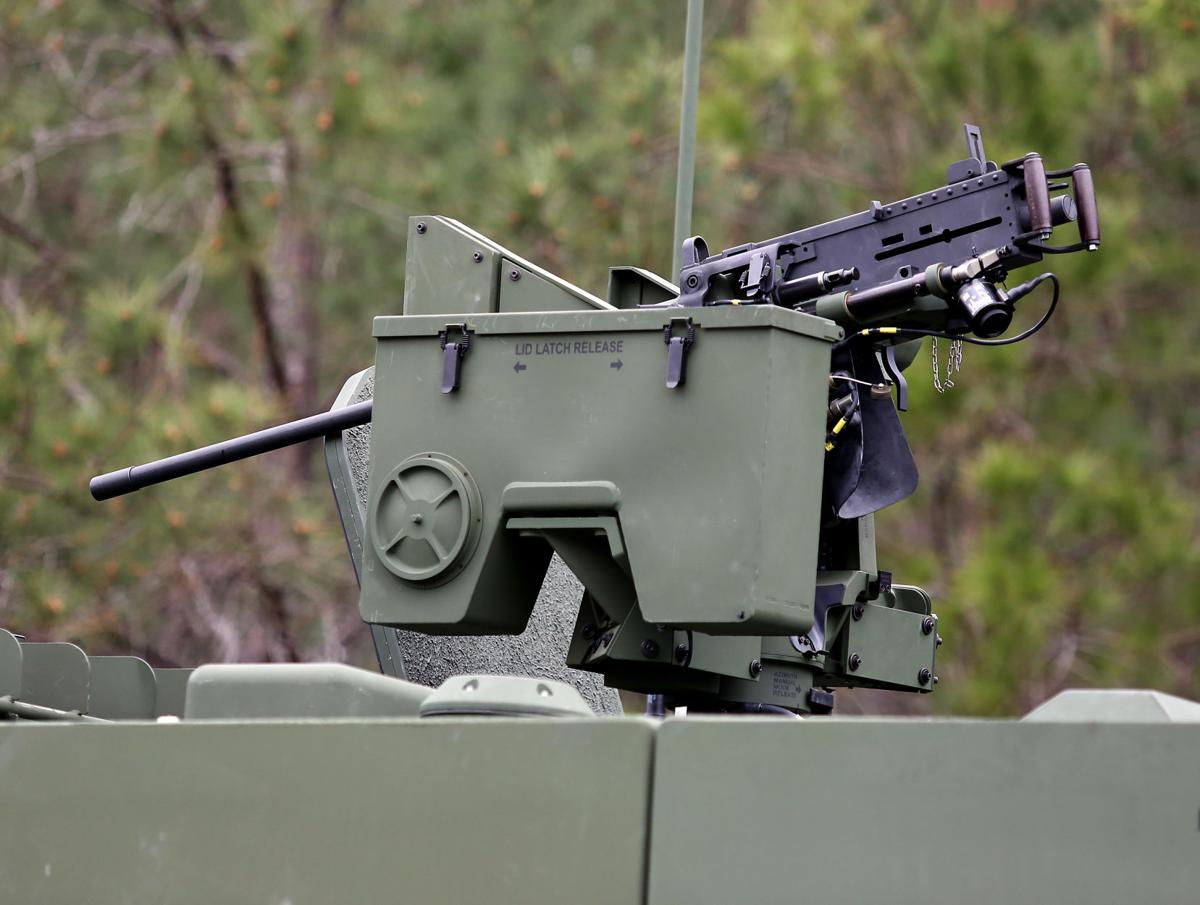 Science Applications International Corp. on Tuesday, February 21, 2017, unveiled its first Amphibious Combat Vehicle (ACV) 1.1 prototype to the U.S. Marine Corps during a ceremony held at the company’s integration facility in Charleston. This vehicle is the first of 16 to be delivered for testing by the Marine Corps, which is scheduled to begin next month. File/Brad Nettles/Staff 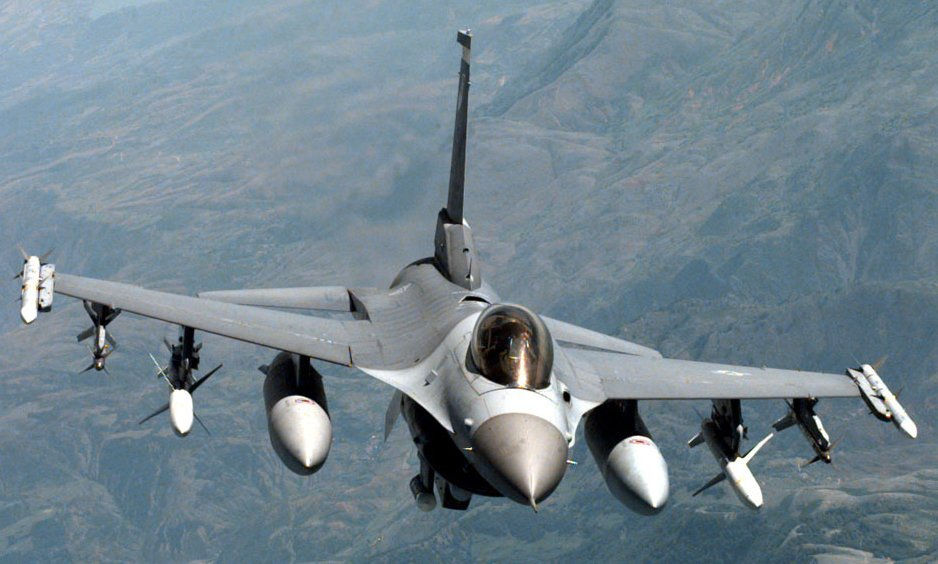 A Lockheed Martin F-16 Fighting Falcon in flight. The aerospace and defense giant hopes to land more contracts for the fighter jet to support operations at its Greenville site. File/Giri Manullang/Lockheed Martin/Provided 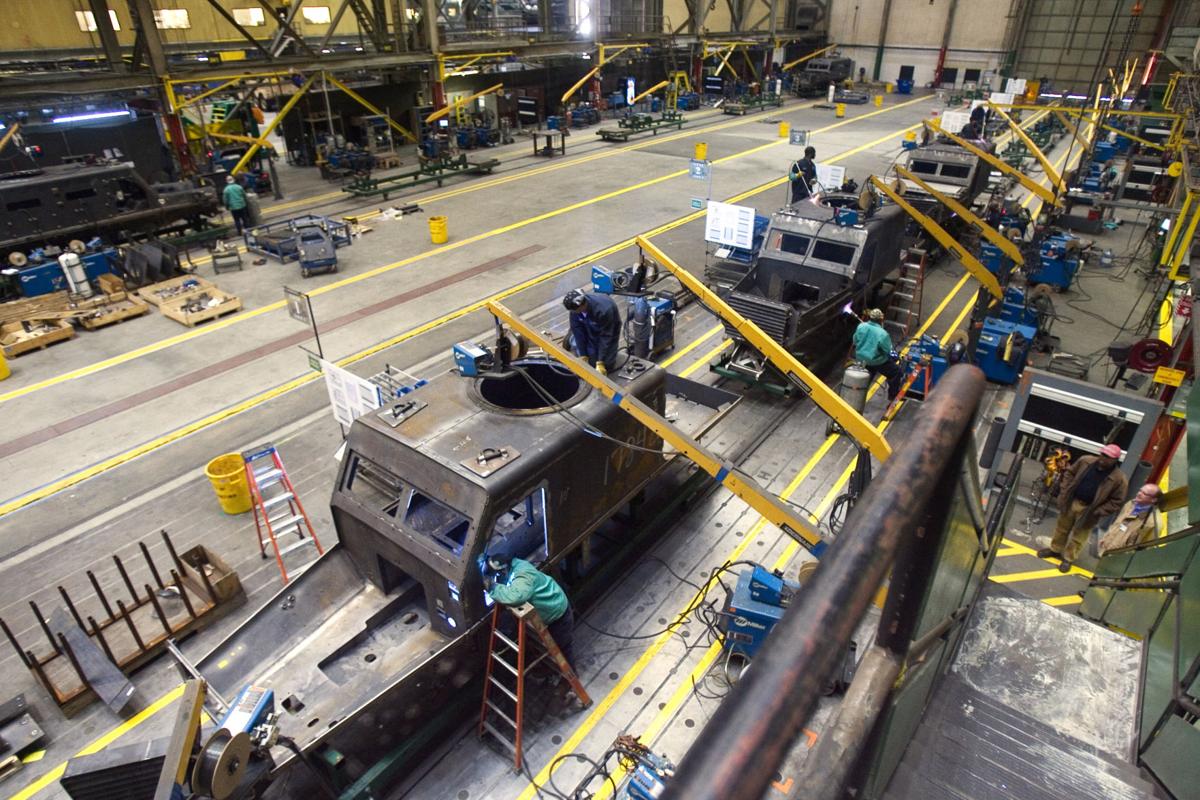 A Post and Courier analysis of five years' worth of the most recent spending data from the Pentagon's Office of Economic Adjustment shows $13.1 billion worth of Department of Defense contracts were performed or awarded in the Palmetto State.

Also: One out of every 12 jobs in the state can be traced back to the military.

This includes money given to companies that retrofit and create prototypes for combat vehicles in Hanahan, businesses that build battle-bound F-16 fighter jets in Greenville or even manufacturers that create pre-packaged military food rations in Mullins.

Overall, defense spending accounted for 2.3 percent of the state's gross domestic product in 2017.

While smaller in scope to states like Virginia, Maryland or California, the military plays a huge roll on a county-by-county basis locally. In Charleston County, contractors and private businesses flocked to closed shipyards and other facilities left over from base closures. As a result, Charleston netted more than $1.1 billion in government contracts in 2017, according to Office of Economic Adjustment data.

Joseph C. Von Nessen, a research economist in the Division of Research at the University of South Carolina's Darla Moore School of Business, said contracts play an important economic role on a county by county basis. Many counties benefit from the employees and personnel who work overtime and spend money in those towns.

"The contractors are an important part but it's just a piece," Von Nessen said. "When a vendor is doing work for the military they have their own sets of vendors and supplies. ... It creates a ripple effect."

Government money stretches from Greer to Pawleys Island when it comes to contracts. Analyzing fiscal year 2013 to fiscal year 2017 of performed government contracts shows the diverse businesses that profit from the Department of Defense in the Lowcountry.

Top 10 defense contractors in the Palmetto State since 2013 (U.S. Office of Economic Adjustment)

SAIC ($936 million): The Reston, Va.-based contractor has been in the Charleston area for 20 years, SAIC spokeswoman Lauren Presti said in a statement. The company has facilities in North Charleston, Hanahan and Ridgeville. The company does a wide-variety of work such as "rapid prototyping of tactical and combat vehicles" and "counter-IED support." In 2018, the defense contractor announced they would expand their Berkeley County operations with a new facility that will be able to produce multiple types of vehicles and other equipment for the military. It previously built prototypes of the troop transport vehicle at its Magi Road plant in Hanahan.

Fluor ($878 million):  Based in Irving, Texas, the construction and engineering firm has had a large presence in Greenville for more than 80 years, company spokesman Brian Mershon said. They have about 2,000 employees based in the region. While there are no official Department of Defense projects they work on in the Palmetto State, their Upstate office is often awarded the contracts for other projects across the nation.

UNAKA/SOPAKCO ($375 million): Founded in 1943, SOPAKCO became one of the top providers for meals ready to eat, often called MREs, for the U.S. military. At their Mullins manufacturing plant in Marion County, they do research, development and assembly for a variety of food products. This week, SOPAKCO announced a $12.5 million expansion to create new jobs. "SOPACKO has experienced great success in South Carolina," President Lonnie Thompson said in a statement. "This is the third expansion in Marion County in the past five years. The value that Marion County brings through its business-friendly climate and quality workforce has allowed us to thrive here and we look forward to continuing our partnership."

General Dynamics ($355 million):  A major military contractor located in Falls Church, Va., General Dynamics has had a fluctuating presence in the Palmetto State. In Ladson, at the company's Force Protection plant, there were as many as 2,000 employees in 2007 at the height of the Iraq and Afghanistan. The company used to manufacture mine-resistant vehicles at the 400,000-square-foot plant. In 2014, nearly 200 employees were laid off as the war began winding down. They manufacture peacekeeping vehicles and also provides logistics support and services. The company also has a facility in North Charleston.

L-3 Communications ($337 million): The New York-based telecommunications company supplies command and control, communications, intelligence, surveillance and reconnaissance to its clients. It has a location, L3 Kigre, in Hilton Head that focuses on laser components, according to their website.

Honeywell ($323 million): Headquartered in New Jersey, the company's aerospace division has a major repair and overhaul facility in Greer, according to spokesman Steve Brecken. Honeywell's products are used on "virtually every commercial, defense and space aircraft, and its turbochargers are used by nearly every automaker and truck manufacturer around the world," according to the company's website. Honeywell has been in Greer since 1982. The company's Safety and Productivity Solutions division also has a presence in Fort Mill. There have roughly 1,000 employees throughout the state. Notably, Honeywell makes the turboprop engine used on the MQ-9 Reaper aircraft, which is remotely piloted at Shaw Air Force Base.

Lockheed Martin ($306 million): In April, Lockheed Martin moved production of the F-16 to Greenville from Forth Worth, Texas. The Block 70 F-16s that will be built in Greenville is a next-generation fighter jet that features advanced radar, a state-of-the-art electronic warfare system and automatic ground collision avoidance, according to the defense giant. Over the past three decades, the site has also provided services to aircraft such as the C-130, P-3, KC-10, and C-9.

Mercom ($286 million): Headquartered in Pawleys Island and founded in 2000, Mercom is a technology firm that specializes in defense work. Contract work listed on their website includes clients such as the Air Force, Army and Navy. The South Carolina firm has also been awarded contracts from the Department of State and the National Institutes of Health.

Scientific Research Corp. ($285 million): Founded in 1988, the Atlanta company has a large presence in North Charleston. It provides information technology services to government contractors. In 2014, the group announced they would add 300 jobs and invest $4 million in the area.

Department of Defense contracts are just one piece of the puzzle. In an economic report by the S.C. Military Base Task Force, Von Nessen discovered that one out of every 12 jobs in the state is related to the military, whether it's as a contractor or a soldier.

"It was amazing to see how important the military is to the state's economy," Von Nessen said. "That's from private contractors and the bases, both are critical. They go together."

With eight major military installations in the Palmetto State, the Department of Defense is one of the largest employers in South Carolina. While the agency spent $2.5 billion statewide on contracts in 2017, it also spent nearly $2.7 billion on paying men and women in uniform in that same year.

Personnel has been gradually consolidating around Richland and Charleston counties from 2013 to 2017. The area around Fort Jackson Army base grew by more than 4,000 people since 2013. But, still, Charleston County where Joint Base Charleston partially lies, saw a notable increase in personnel. Active duty, reservists and civilian presence nearly doubled from 2013 to 2017.

"It's tremendous," Farrell said. "You grow up with that military presence, you expect it and it's an important part of the community."

In a small office building in Mount Pleasant, Convergent 3D CEO  and his team member Phil Williams believe they may have a partial solution to the military's epidemic of vehicle deaths.

Bryan Brussee is a data producer for the Post and Courier. His thoughts on pop music have appeared in The Quietus, a culture website based in London.