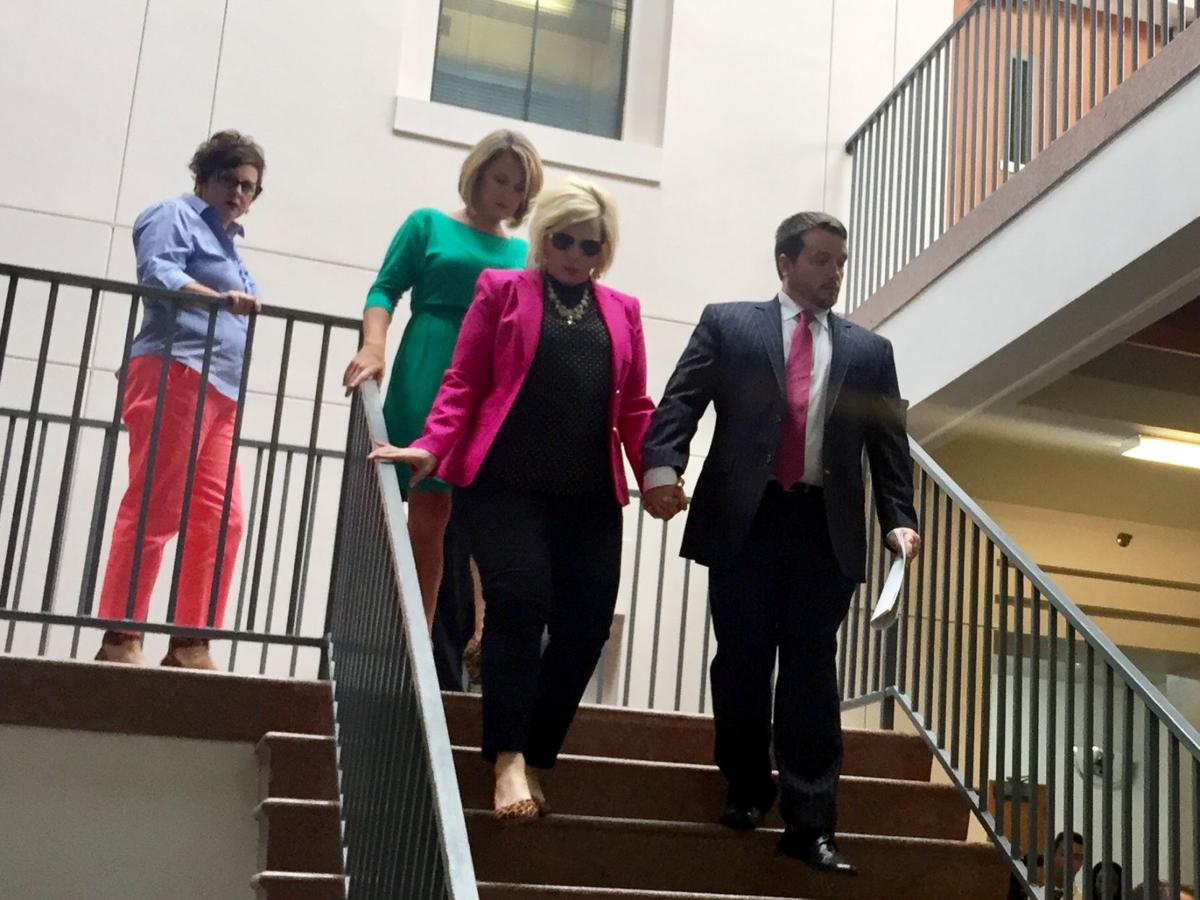 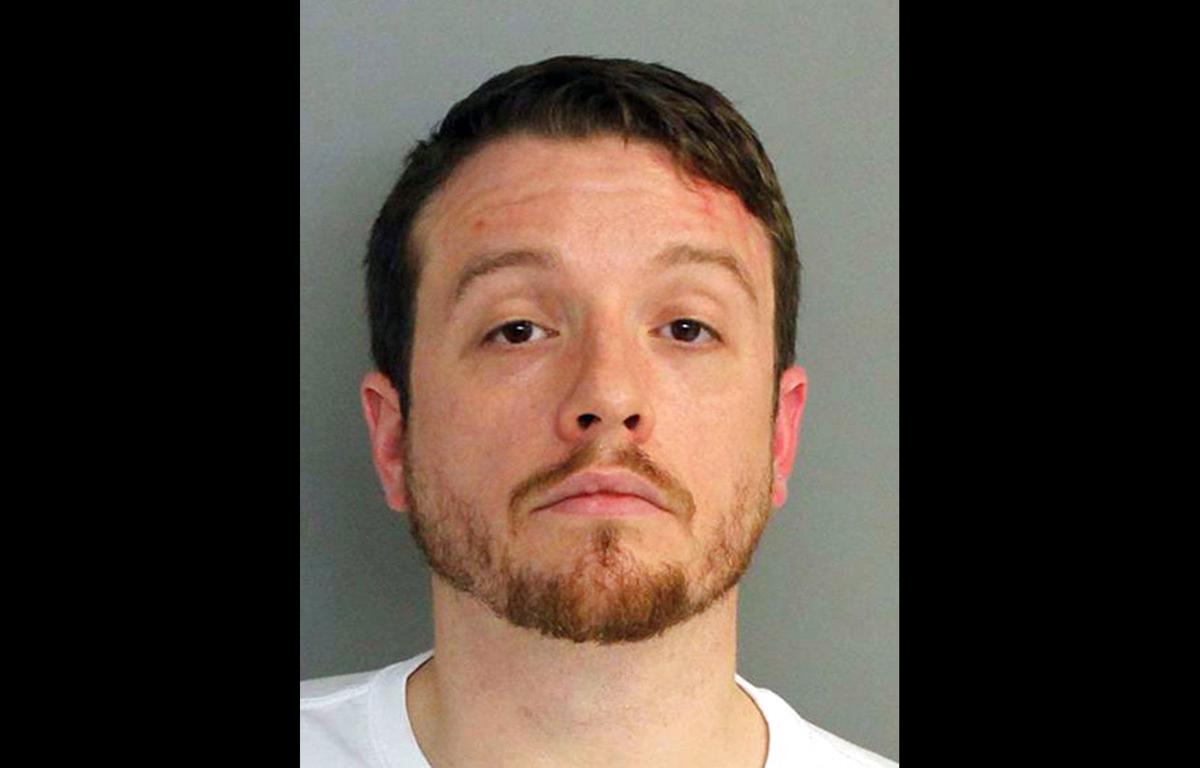 This Dec. 27, 2016, file photo provided by the Aiken County, S.C., Detention Center shows South Carolina Rep. Chris Corley. Attorneys for Corley have informed state prosecutors their client is planning to change his plea to guilty Monday, Aug. 7, 2017, to a domestic violence charge in an attack on his wife during a hearing in Aiken, according to Robert Kittle, spokesman for the state Attorney General’s Office. (Aiken County Detention Center via AP, File)

This Dec. 27, 2016, file photo provided by the Aiken County, S.C., Detention Center shows South Carolina Rep. Chris Corley. Attorneys for Corley have informed state prosecutors their client is planning to change his plea to guilty Monday, Aug. 7, 2017, to a domestic violence charge in an attack on his wife during a hearing in Aiken, according to Robert Kittle, spokesman for the state Attorney General’s Office. (Aiken County Detention Center via AP, File)

AIKEN — Former state Rep. Chris Corley will serve five years of probation after pleading guilty to first-degree domestic violence for beating his wife and threatening to kill her in front of their children after she confronted him about infidelity.

Heather Corley said her husband has a diagnosis of bipolar disorder and that bad side effects from his medication contributed to the Christmastime 2016 incident that included pointing a handgun at her.

Laura Hudson, executive director of the S.C. Crime Victims’ Council, said while she expected the sentence to be lenient, she was disappointed Corley will not serve any time behind bars. He faced up to 10 years in prison.

"With the violence, with the gun, in front of the children, listening to the kids (on 911 tapes), 'Stop, Daddy, stop,' — that was heart-wrenching," she said. "I think that it’s a poor message to the community that we don’t think that domestic violence is important enough to lock someone up."

Early said many times during the nearly hour-and-a-half-long sentencing hearing that he faced a difficult task of balancing the severity of the crime with the impact on Corley and his family.

Hudson said it's not unusual for someone who has been a victim of domestic violence to ask the judge to keep their husband out of jail because they can't support the family without his income. Heather Corley said several times during the hearing that she is a housewife who does not work. Chris Corley is an attorney in Augusta.

Heather Corley pleaded — often through tears — while asking for leniency in her husband's sentencing.

"I'm desperate to save my family and keep my family together," she said while noting Monday was the couple's 13th wedding anniversary.

"Chris is doing great in his treatment. My children are happy to have their daddy back. I do not wish to tear my family apart anymore," she said.

Heather Corley said the family decided Chris Corley would plead guilty to avoid having their 8-year-old daughter — who witnessed the incident — testify.

"We felt like we were coerced into the plea to save our daughter," she said.

Early reminded Chris Corley that he could not accept a plea agreement if it had been forced. He asked the former lawmaker again why he was pleading the way he was.

"Because I am guilty, your honor," Corley said.

Corley will have to complete community service and attend anger management classes. If he violates his probation, he will have to serve six years in state prison.

The charges stem from a Dec. 26 incident where Chris Corley beat Heather Corley until she bled from the head. He also bit her nose and took her phone so she couldn't call police. It was in the presence of two of their children, ages 2 and 8. She used her Apple Watch to call 911.

Prosecutors said the attack, which happened after Heather Corley confronted him about infidelity, was part of an "escalating pattern of behavior over the last several months."

The episode shocked members of his district as the 911 call recorded the couple's middle child urging "just stop daddy."

Chris Corley formally resigned from office Jan. 24 ahead of a S.C. House of Representatives move to expel him.

In the General Assembly, Corley was particularly known for defending keeping the Confederate battle flag on the Statehouse grounds when other lawmakers were seeking its removal in the aftermath of the June 2015 Emanuel AME Church shooting. His arrest came about a year after he sent a Christmas card to his Republican colleagues that called their morals into question after the Legislature voted to remove the rebel banner.

South Carolina has long ranked first or near the top as the deadliest state for women at the hands of men. The Legislature largely ignored the issue until the death toll was documented in 2014 in The Post and Courier’s Pulitzer Prize-winning series “Till Death Do Us Part.”