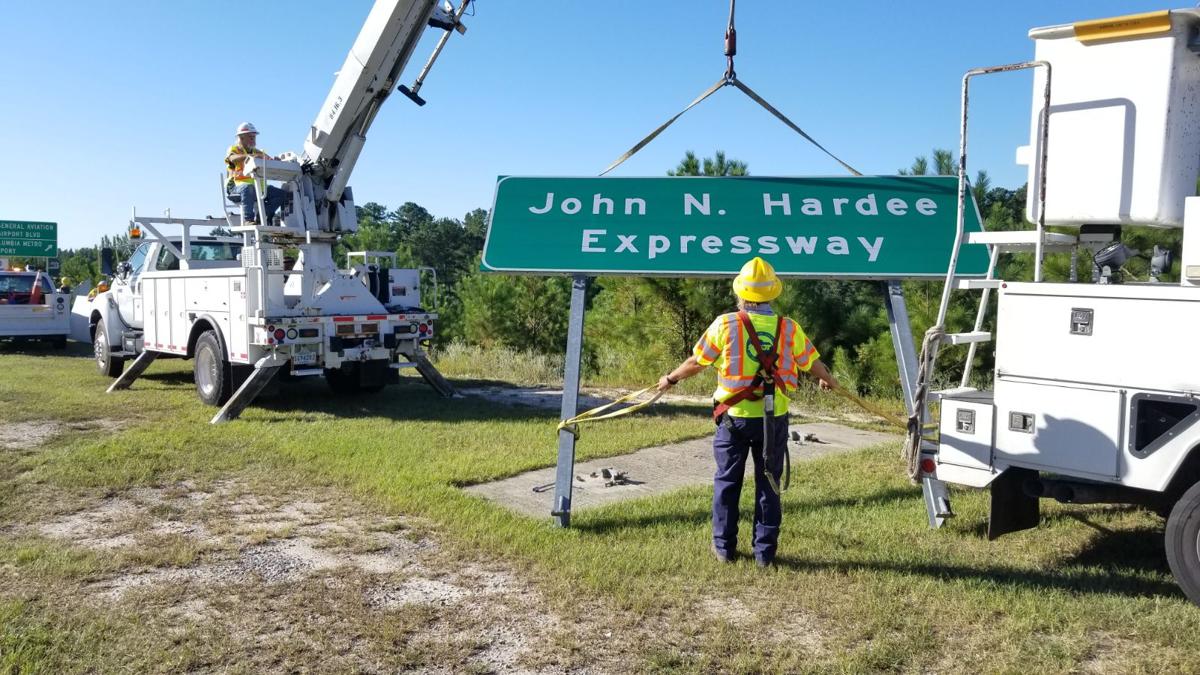 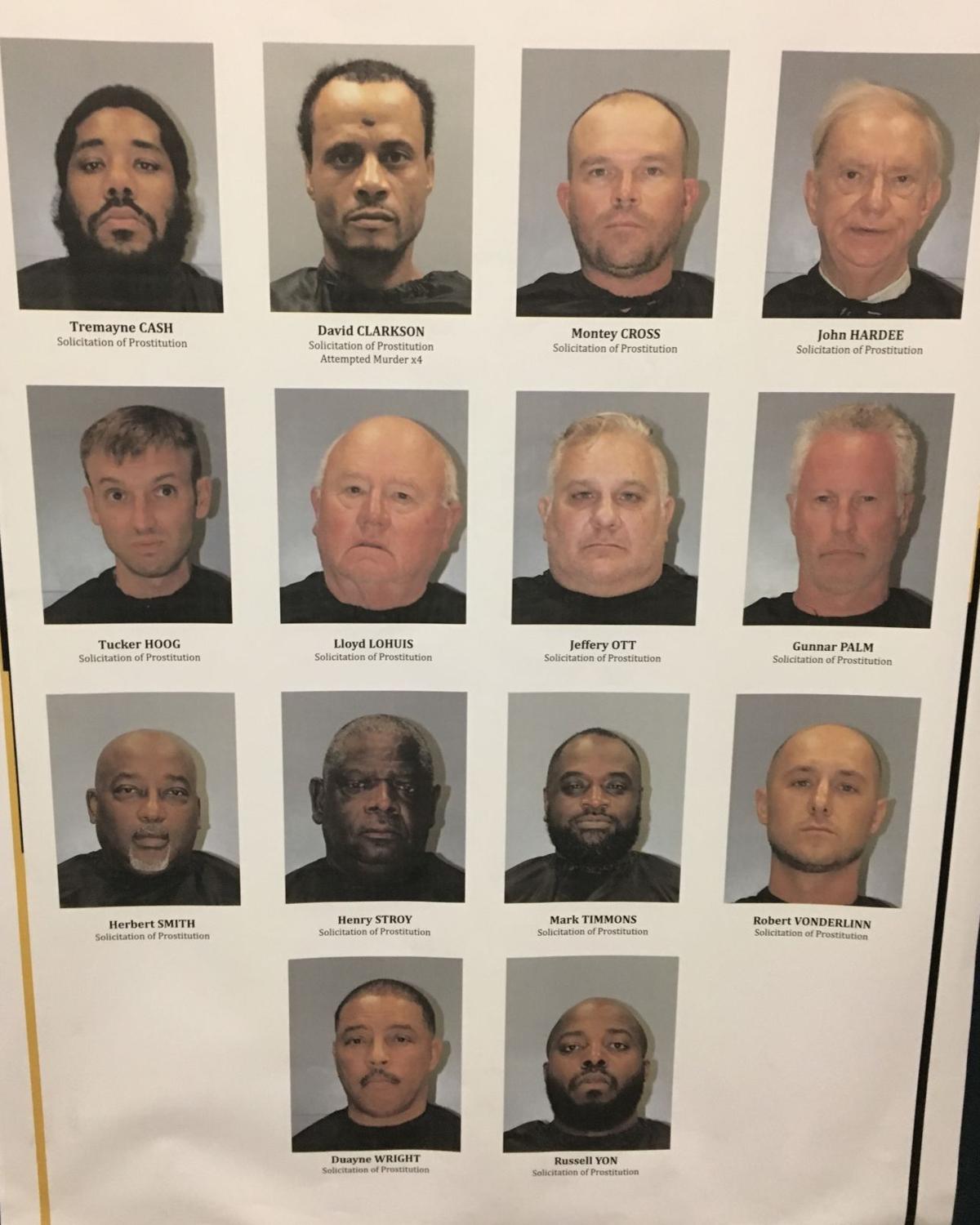 This poster shows the 14 men arrested as part of Operation Relentless Guardian and charged with soliciting sex from an undercover agent they thought was a prostitute. Former DOT commissioner John Hardee is on the top right. A separate poster represented the 14 men who thought they were soliciting an underage teenager. The posters were shown at a news conference Tuesday, Aug. 13, 2019, at the Richland County Sheriff's Department. Seanna Adcox/Staff 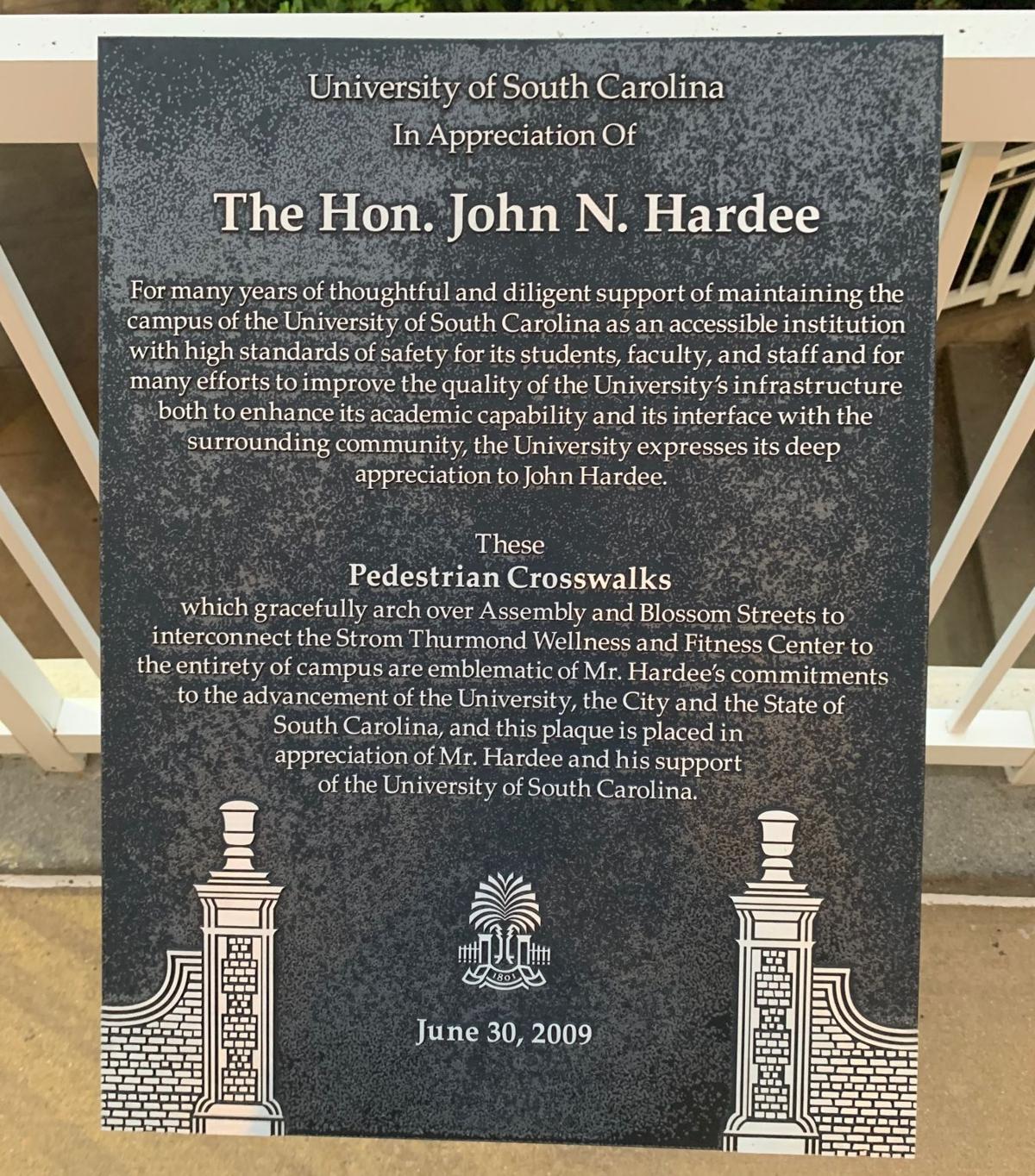 This poster shows the 14 men arrested as part of Operation Relentless Guardian and charged with soliciting sex from an undercover agent they thought was a prostitute. Former DOT commissioner John Hardee is on the top right. A separate poster represented the 14 men who thought they were soliciting an underage teenager. The posters were shown at a news conference Tuesday, Aug. 13, 2019, at the Richland County Sheriff's Department. Seanna Adcox/Staff

COLUMBIA — Road signs for the John N. Hardee Expressway leading to the Columbia airport came down Thursday moments after officials voted unanimously to remove references to the former commissioner charged with soliciting a prostitute.

"This commission disavows the actions of former Commissioner Hardee," read the resolution from the S.C. Department of Transportation's governing board.

It does not mention Hardee's arrest on the misdemeanor solicitation charge last month as part of an undercover sting.

Instead, the wording focuses on his guilty plea a day earlier to obstructing a federal investigation into "payments he received from a contractor seeking to do business and while serving as an SCDOT commissioner."

The 2.8-mile state-maintained roadway, which connects Airport Boulevard to Platt Springs Road, will be renamed the Columbia Airport Expressway, as suggested by the commission that oversees the airport.

"He really didn't leave us much choice when he pleaded guilty," DOT Chairman Robby Robbins, of Summerville, said about the revocation.

The commission would have removed his name even without the second arrest, Robbins told The Post and Courier after the meeting.

The expressway was named after Hardee in 1999 for helping secure its funding. It opened in 2004 during the Columbia resident's first of two stints as a DOT commissioner.

The DOT's resolution also rescinded the 2005 honorary dedication that named a 2.5-mile section of U.S. 701 in Horry County the John N. Hardee Highway.

Those signs, which legislators requested to honor Hardee, are also coming down.

Editorial: Another shameful reminder to stop naming roads for politicians

The John Hardee Expressway is just the latest S.C. road named for a living politician who wound up in trouble with the law. The Legislature should prohibit naming roads, bridges and other public structures after living people.

Hardee was arrested when he arrived at the arranged meeting spot.

According to text messages read in court last month, he began texting the undercover officer within hours of receiving a light sentence of 18 months of probation, which included 45 days of house arrest, on the felony obstruction charge.

Hardee, the son-in-law of Senate Finance Chairman Hugh Leatherman — one of the state’s most powerful politicians — had faced up to 20 years in prison and a $250,000 fine for telling a contractor to delete emails about the businessman’s monthly payments to Hardee.

While the unidentified South Carolina businessman told the FBI he paid Hardee in exchange for steering government contracts his way, investigators could not show any kickbacks or contracts resulting from his monthly payments, prosecutors said.

Now Hardee faces a prison sentence for violating his probation. Beyond the condition that he break no law for 18 months, Hardee was not supposed to leave home for the first 45 days of his sentence, unless he was traveling to work, church or a medical appointment.

Hardee's attorney, Jack Swerling, argued in court last month that Hardee thought house arrest meant he was essentially on an overnight curfew, unable to leave home between 6 p.m. and 6 a.m.

A federal judge denied his request for bond while he awaits his fate. He remains in the Lexington County jail.

Federal prosecutors have recommended 10 to 16 months in prison on the probation violation charge.

These roads aren't the only areas where references to Hardee are being scrubbed. Earlier this week, the University of South Carolina removed a plaque honoring Hardee from a pedestrian walkway over Blossom Street in downtown Columbia.