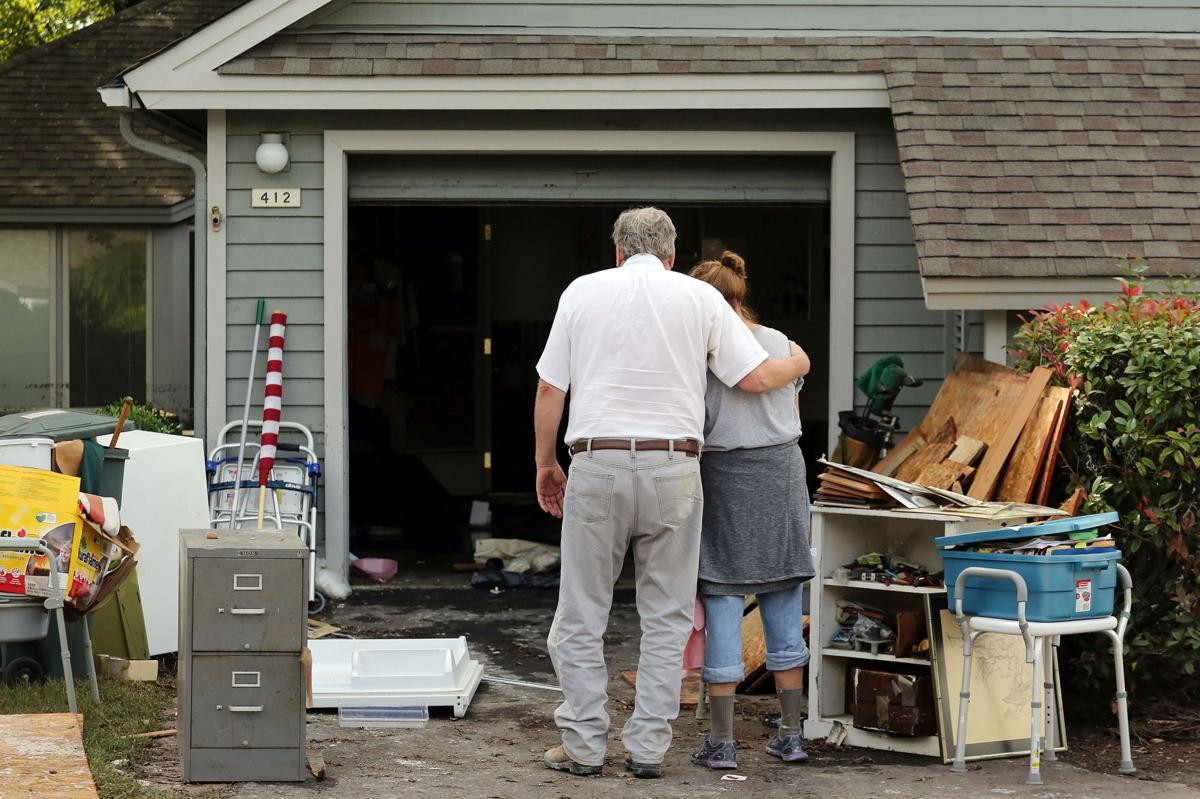 Jeff Norman consoles his wife, Susan, as they try to salvage family belongings from her father's Bridge Pointe home in West Ashley on Oct. 9, 2015. The often-flooded complex has since been torn down. Now, a standard disclosure form that sellers fill out in South Carolina will ask if a property has been subject to claims. File/Brad Nettles/Staff 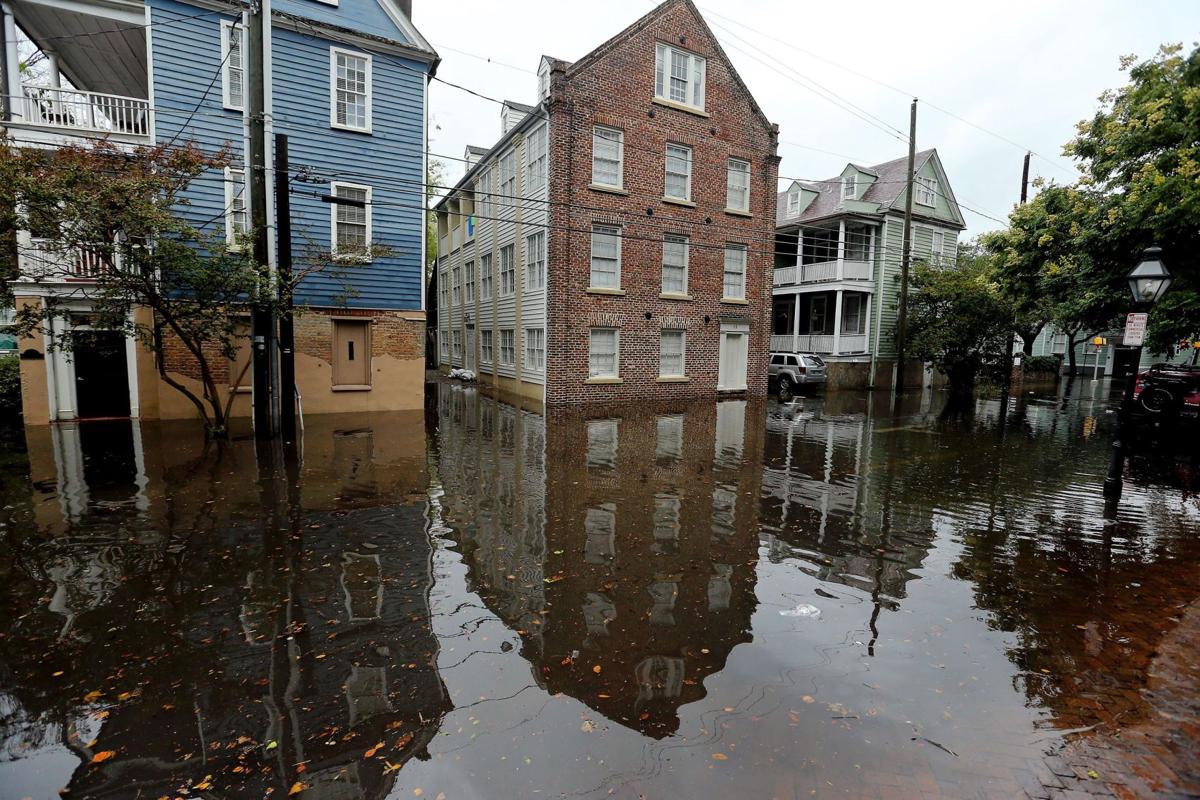 Coming Street near the College of Charleston flooded Monday Nov. 9, 2015. Now, a standard disclosure form that sellers fill out in South Carolina will ask if a property has been subject to claims, and, if so, the dates they occurred. File/Grace Beahm/Staff 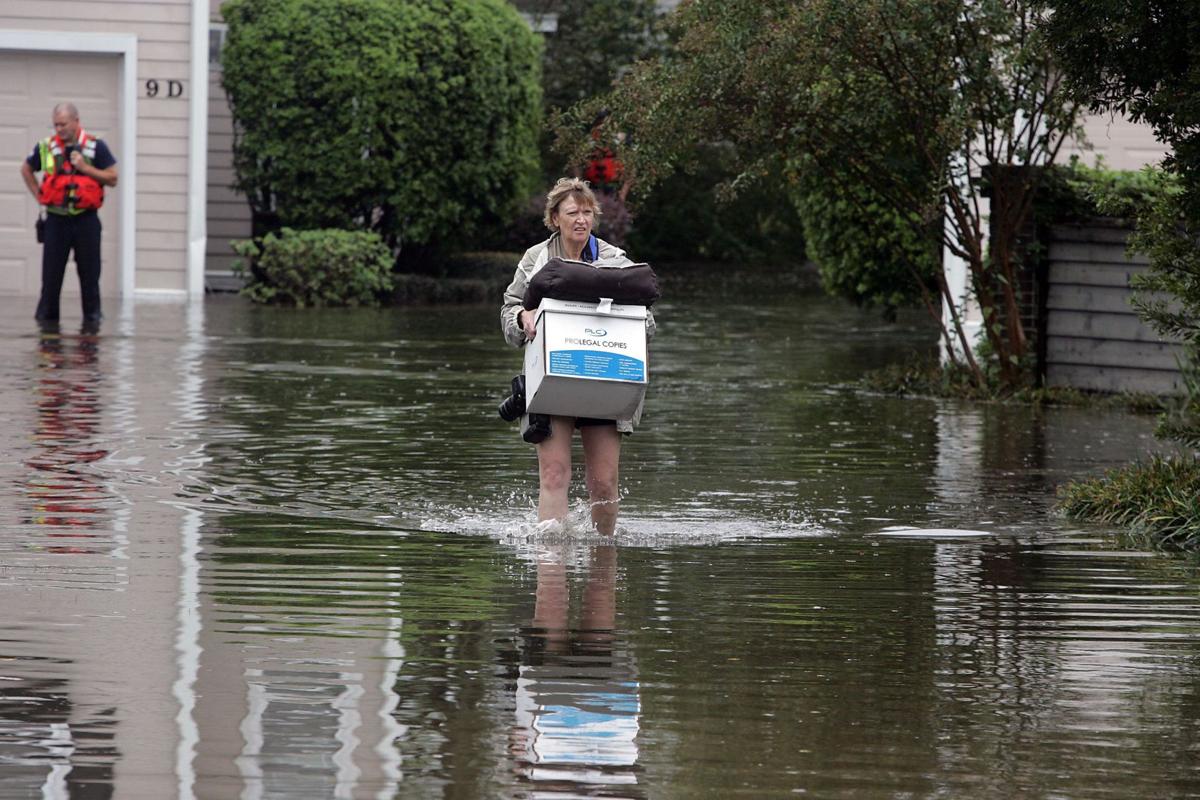 The Shadowmoss neighborhood in West Ashley has suffered flooding several times in recent years. The flooding has been so bad that the city of Charleston has offered buyouts to several homeowners there, and many homes already have been demolished. File/Staff

Homebuyers in South Carolina will now have more clarity on whether their potential new home has flooded in the past.

For years, it has been a challenge to find accurate flood histories of homes because of federal privacy laws. While there's been a longtime push to increase federal transparency, the improvement in the Palmetto State comes from a little-known state board.

The National Flood Insurance Program underwrites most flood policies in the United States. Strict federal regulations mean that if a seller doesn't want to disclose it, a prospective buyer can't find out a home's claim history before they actually own it.

Now, a standard disclosure form that sellers fill out in South Carolina will ask if a property has been subject to claims, and, if so, the dates they occurred. Sellers must provide all past claims, even those before their ownership.

The form was changed this fall by a unanimous vote of the S.C. Real Estate Commission, a board that governs property brokers, agents and managers.

"Our job is to protect the public in real estate transactions," said Candace Pratt, the chair of that board and a Charleston real estate agent. "We felt like that was an important issue for consumers to be aware of."

The change was suggested to the board by Nick Kremydas, chief executive officer of the S.C. Association of Realtors. Kremydas said in an interview that he was inspired to raise the issue, in part, by reporting in The Post and Courier, detailing a cycle in which flooded homes are frequently resold.

Information in the new form "puts the buyer on notice," Kremydas said, adding, "I think it’ll be positive for consumers and homebuyers in our state."

New residents of flood-prone areas may buy houses with incomplete information, or no history at all. They eventually find that their home is vulnerable, either from neighbors, newly unsealed insurance information or in the next flood.

SC got $1B in flood payments, but new data still won't say if your home flooded

Then, the buyer is stuck in a difficult position. Some are spurred to restart the cycle as they quickly patch up and resell their homes to the next unwitting occupant.

April O'Leary, a community organizer who advocates for flood survivors in Horry County, said the state's change is a positive one. It could be even better, she said, if sellers also included how much insurance money had been paid out. She said that would give buyers a better idea of how bad the past floods had been.

Joel Scata, an attorney with the Natural Resources Defense Council, agreed. Texas and Louisiana have some of the strongest disclosure laws in the country, he said, and require that sellers list dollar amounts.

Pratt said that the commission is open to future changes to the form.

Beyond deciding what's on the form, the commission doesn't get involved if a buyer suspects a seller hasn't been truthful on the disclosure. Kremydas said that those disputes end up in civil court.

But legal action may prove too costly for people who have just had their homes ruined by floodwaters.

O'Leary's Conway home, about 30 minutes from Myrtle Beach, flooded in Hurricane Florence. She has not sold it, but some in her neighborhood took grants to walk away from their houses and let them be demolished by the government.

A few in the area have simply abandoned their properties.

Meanwhile, federal-level efforts to reform the flood insurance program have stalled. Scata's group and others have been trying to push transparency reform along with measures to make the program more solvent.

Mega-storms like Hurricanes Katrina and Harvey have put the flood insurance program billions in debt.

But congressional gridlock has stalled reform efforts, as the flood insurance program is included in short-term bills to fund the federal government without meaningful change.

"It’s a nightmare," Kremydas said. "They've kicked the can down the road so, so many times."