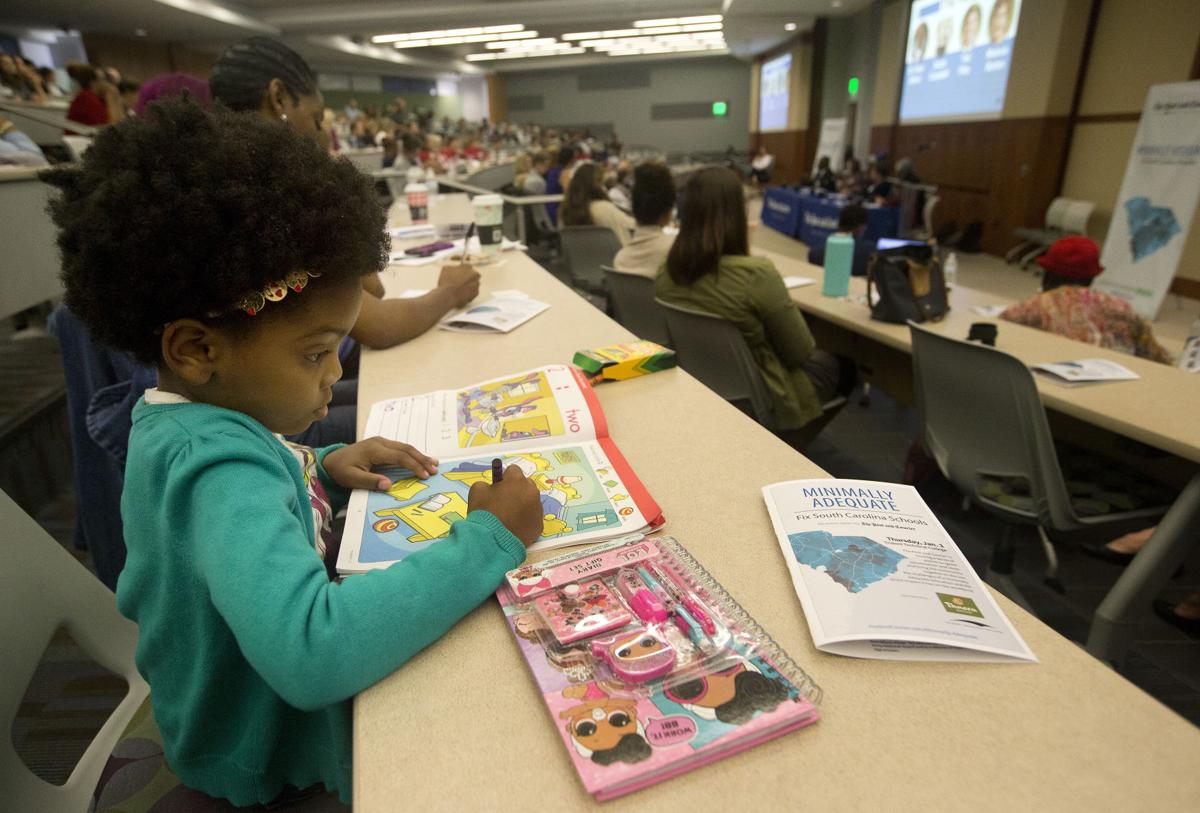 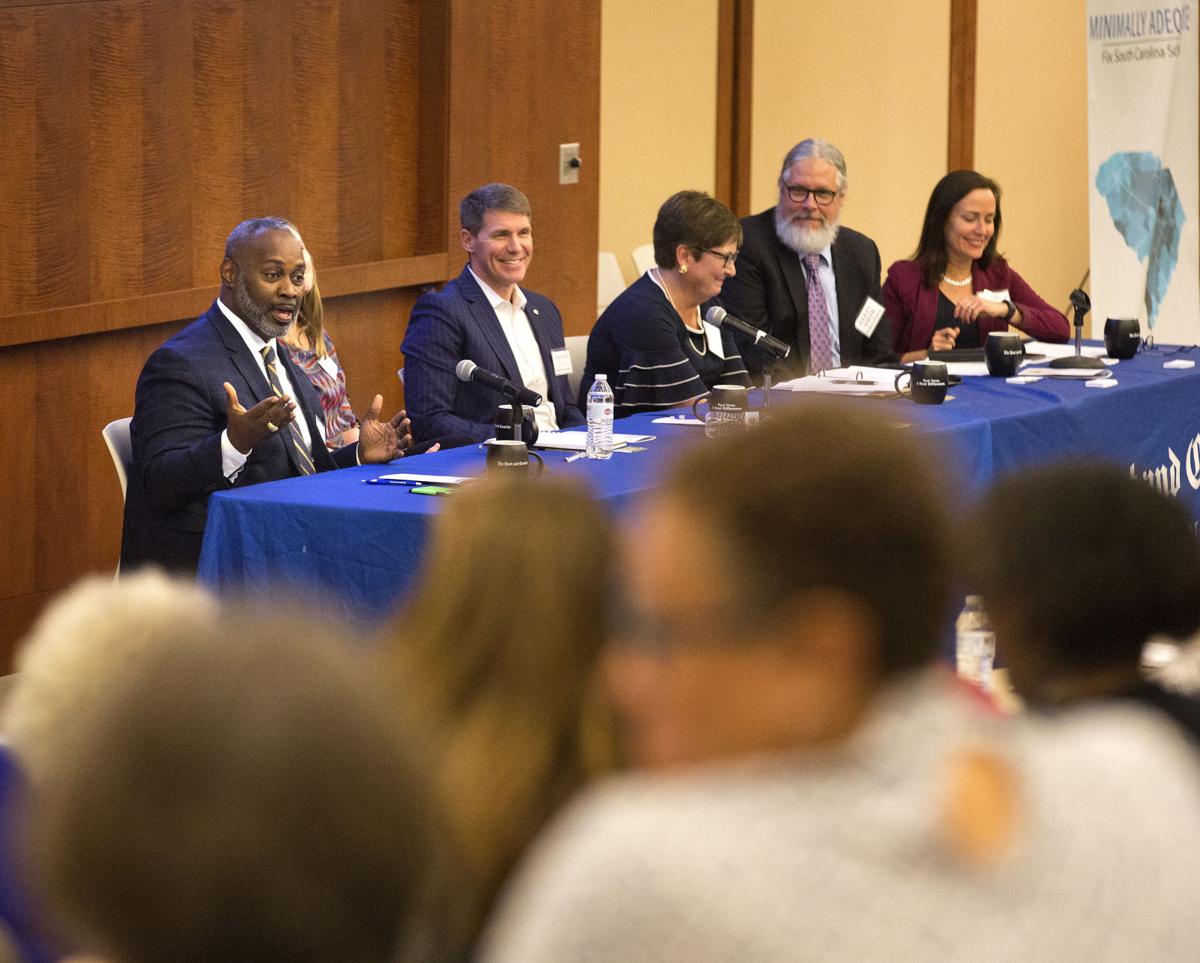 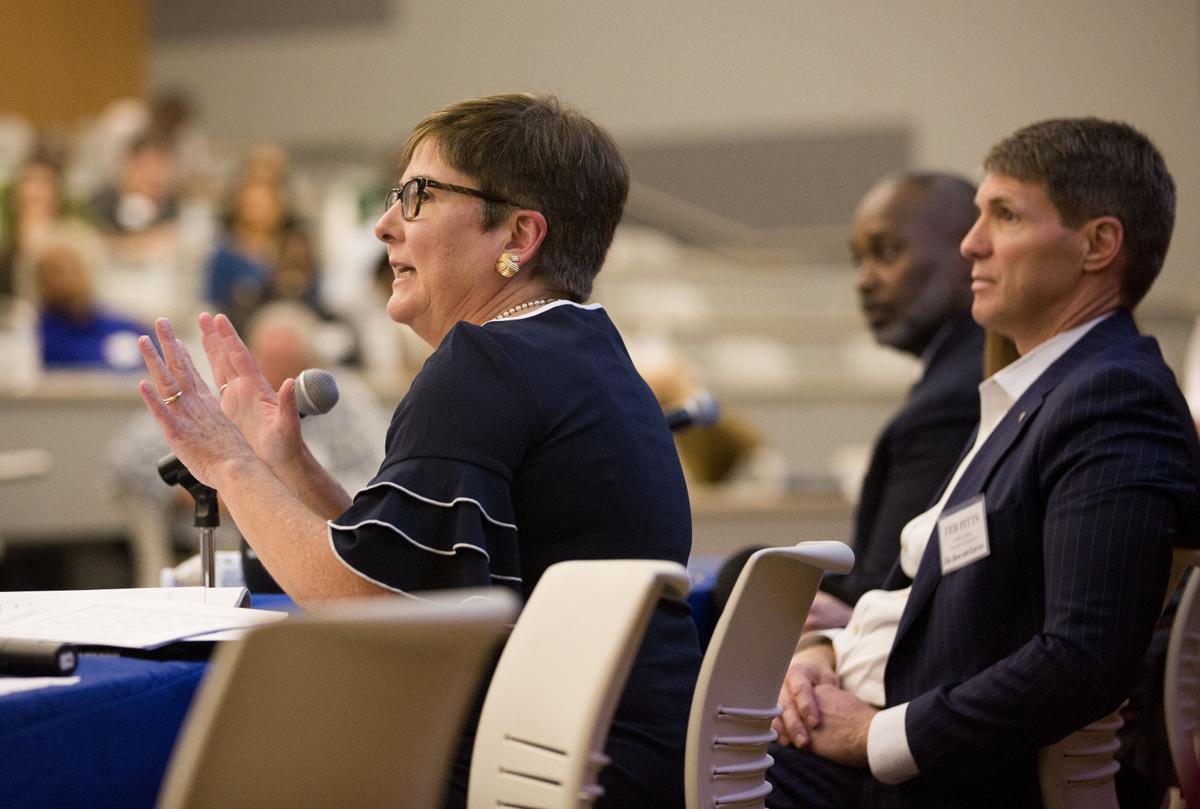 When she enrolled in Calculus I at the University of South Carolina, she said she struggled, as she did in her first computer science class where she didn't know how to write the simplest program.

Though she excelled in college despite inadequate resources at her public high school, Bryant saw firsthand the implications of a South Carolina school system that often leaves students unprepared for the world that awaits them.

"I knew I was behind the curve," she said. “I would love to see computer science in all schools."

Bryant, who is now in a Ph.D. program at Georgia Tech and wants to teach after graduation, shared her testimony at The Post and Courier's "Minimally Adequate: Fix South Carolina Schools" event held Thursday at Trident Technical College in North Charleston. More than two hundred students, professionals, state legislators, educators and concerned residents attended the first of a four forums aimed at igniting conversation and ideas around South Carolina’s “minimally adequate” education and its direct impact on the workforce.

More events will be held at colleges across the state throughout January.

The program, moderated by The Post and Courier's Glenn Smith, Jennifer Berry Hawes and Thad Moore, three of the five reporters who authored the "Minimally Adequate" series, featured a four-member panel of education and business professionals who addressed the grave concerns around South Carolina's public school system.

The panel weighed in on teacher pay and recruitment, private-public school partnerships, mandatory kindergarten, school funding and workforce training among other things.

For many, teacher recruitment and pay is a key step to improving the state's education system.

"It doesn’t matter how many we get in the teacher education pipeline. If we can’t hold them ... that’s a problem," Barton said.

Other panelists said more money may not always be the answer. Dr. Sean Alford, who leads Aiken County public schools, said the schools' teachers are paid the highest starting salary in the state. But he added that the instructors stay with the district because they receive support in the classrooms from officials.

At Meeting Street, the curriculum is researched-based and selected by school staff. Teachers undergo trauma training. Students have extended school days and a longer school year. Each classroom has one teacher and one teaching fellow.

“The biggest thing ... is asking yourself the question: do you actually think all kids can learn," Campbell said. "If you think the answer is yes, we can no longer allow kids to be in failing schools.”

As far as the business community is concerned, panelists said many employers aren't as concerned with diplomas as they are with skills and training. Employers such as Volvo and Boeing look for applicants who have technical skills, as well as soft skills, like timeliness.

Ted Pitts, president and chief executive officer of the S.C. Chamber of Commerce, said most employers struggle with candidates who don't show up on time for work.

“Our biggest issue is having them to show up to work on time and getting them to pass a drug test," he said.

Several lawmakers attended Thursday's event. In the wake of The Post and Courier's series, many have vowed to address the state's educational woes.

S.C. House Speaker Jay Lucas called for immediate action on education reform in this year’s legislative session, saying “without significant reforms, our students won’t have a future.” His words drew a standing ovation from the chamber. Gov. Henry McMaster promised to make education a primary focus of his upcoming budget, as well.

Since the series published, state lawmakers have submitted more than 100 bills aimed at fixing South Carolina’s education system, including proposals seeking a constitutional amendment to require a high-quality education for all children. Other bills would boost teacher pay and recruitment, reduce standardized testing demands, and allow year-round schooling.

"I would certainly like to see our traditional schools access the exemptions that are accessible to a lot of the schools of choice," Pendarvis said.

Residents vowed to put pressure on lawmakers. Some, however, were still cynical.

Jane Pulling, a Berkeley County resident who's also a retired educator, said legislators have to actually care to fix the broken system.

"If you care, you can do something," she said.

The newspaper’s five-part series "Minimally Adequate: How South Carolina’s ‘minimally adequate’ education system fails too many students" laid out how gaping disparities have left thousands of South Carolina students unprepared for college or the modern workforce after high school. It detailed how the state’s public school system is divided by race, mired in inequities and hobbled by a history of apathy and low expectations. The series is titled after the low standard South Carolina set for its public schools.

The series, published in November, revealed that South Carolina’s schools trail other states by nearly every measure, leaving students unprepared to work as businesses struggle to find qualified workers to fill skilled jobs. It showed the Legislature sat idle while gaps in achievement and resources widened, leaving daunting divides between rural and urban districts, poor and affluent schools, and white and black students.

The Post and Courier is hosting a series of community events to discuss the challenges of a minimally adequate education and the direct impact is has on South Carolina's workforce. The forums will be:

Each event is free and will feature a panel discussion followed by a question and answer session with the audience. For more information, join the South Carolina Education Reform group on The Post and Courier’s Facebook page. Tickets can be secured at tickets.postandcourier.com/e/fixscschools/tickets