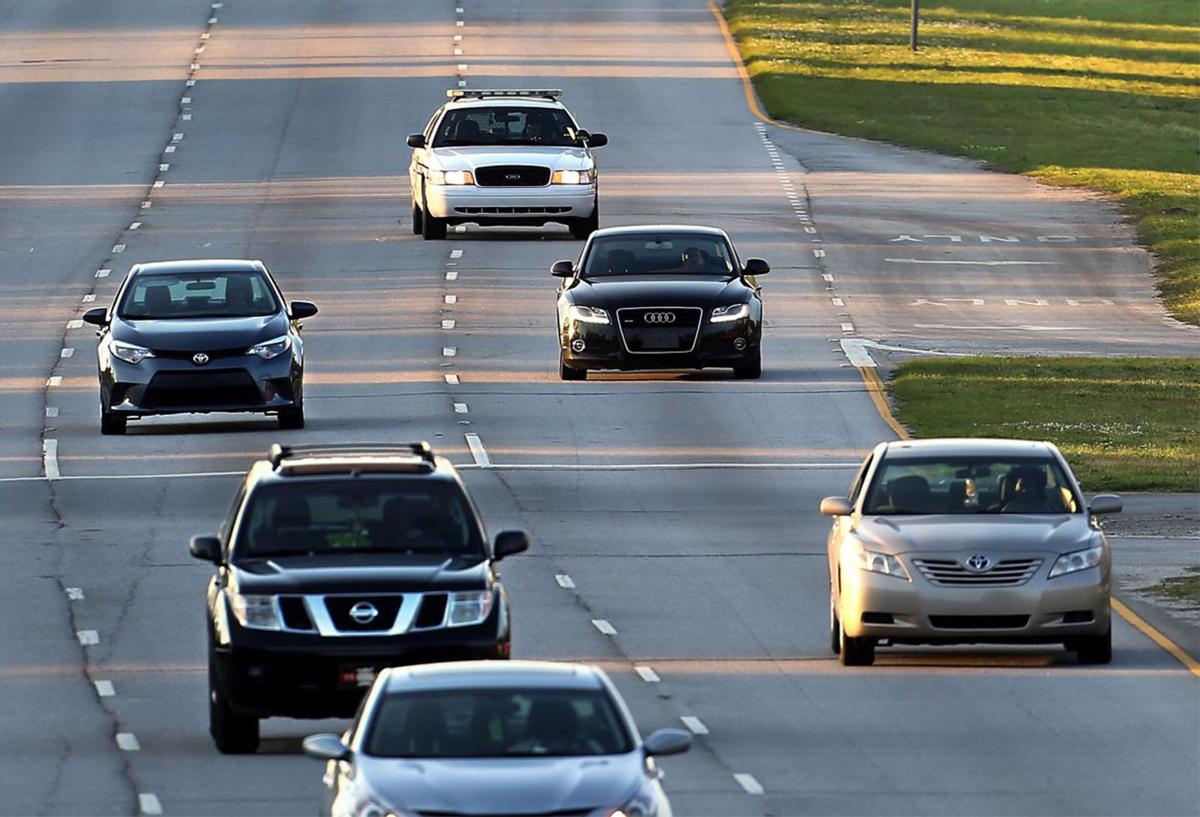 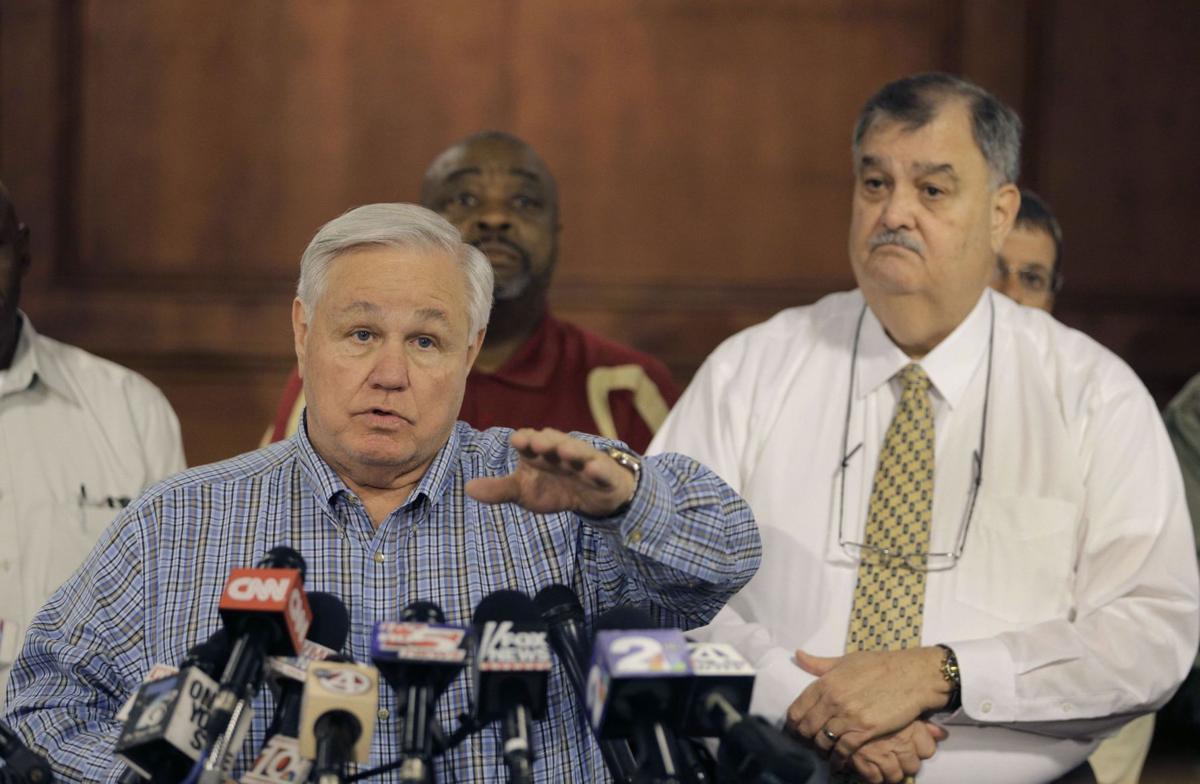 North Charleston Mayor Keith Summey (left) and Police Chief Eddie Driggers appear for a news conference after Walter Scott's shooting death. They later asked for a review of the police force from the Justice Department, which then decided to abandon the effort. File/Chuck Burton/AP 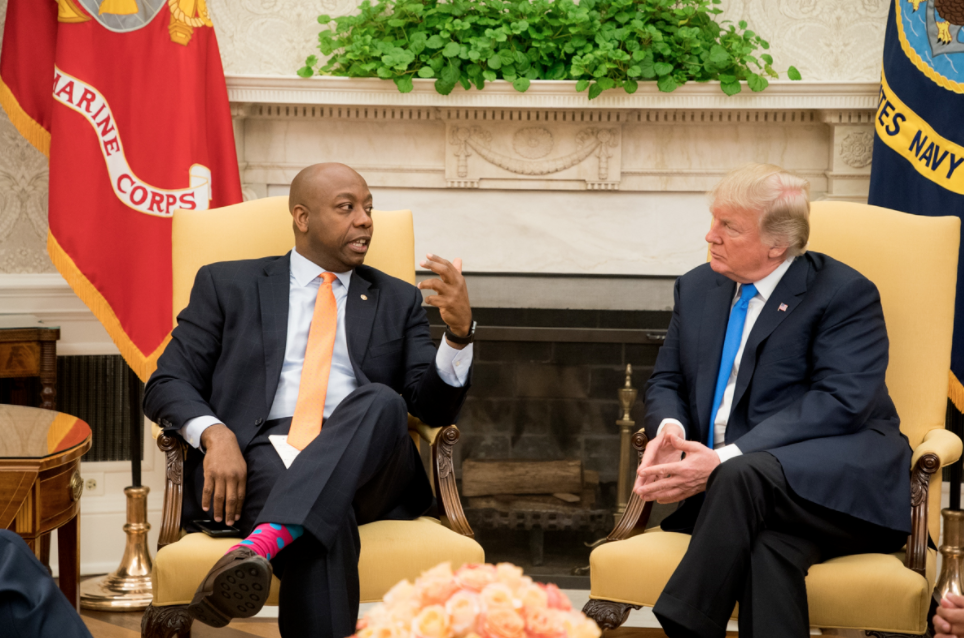 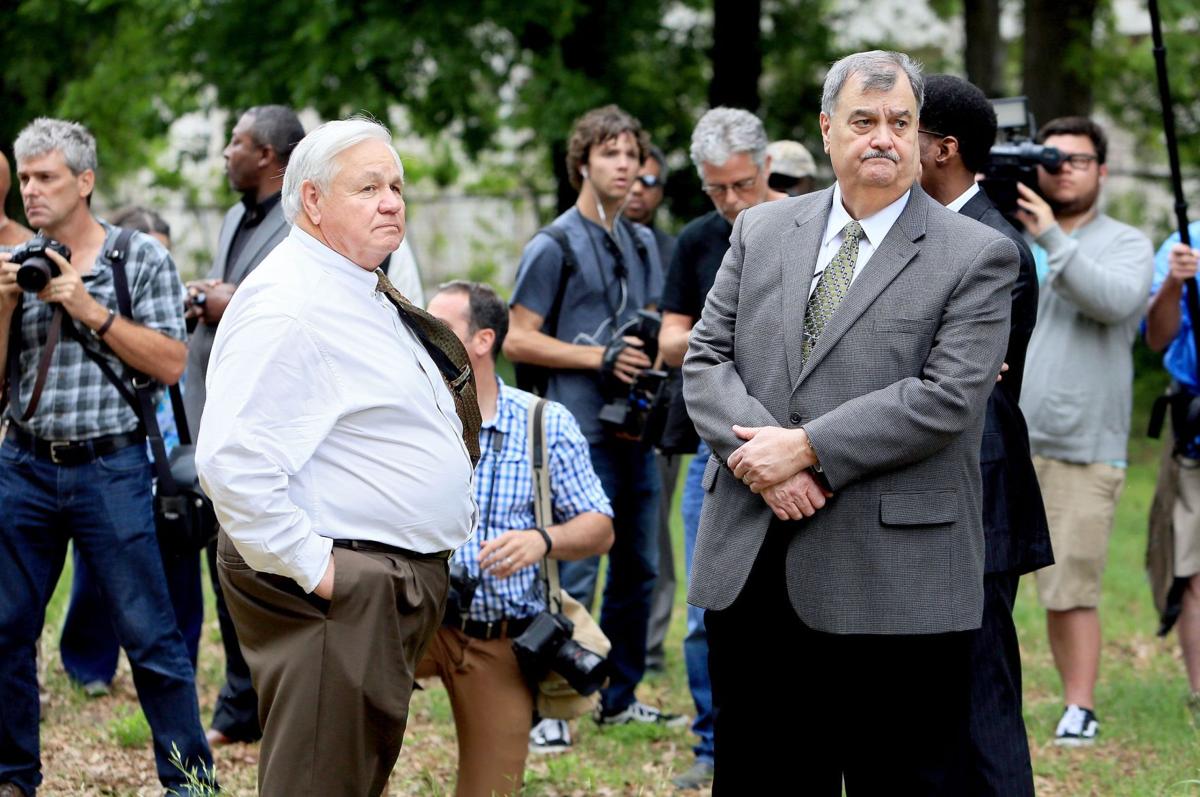 North Charleston Mayor Keith Summey (left) and Police Chief Eddie Driggers attend a 2015 vigil for Walter Scott, who was fatally shot by a police officer. A year later, they asked the federal government to review the city's police policies and procedures. File/Staff

North Charleston Mayor Keith Summey (left) and Police Chief Eddie Driggers appear for a news conference after Walter Scott's shooting death. They later asked for a review of the police force from the Justice Department, which then decided to abandon the effort. File/Chuck Burton/AP

The Justice Department has denied an open-records request for a report about North Charleston police despite an intensifying chorus of voices from South Carolina and Washington calling for its release.

In rejecting The Post and Courier's inquiry, the federal government said it was sticking to its "commitment to respecting local law enforcement," even though local law enforcement had asked for the report in the first place. The agency plans to hold on to 601 pages that memorialize work by the Office of Community Oriented Policing Services, a decision that rankled those who sought the reform measure after a police officer shot Walter Scott to death.

The newspaper has appealed, but some locals said the response is a “slap in the face” and raises public suspicion of what the records contain.

Though some leaders are still pushing for the report, Mayor Keith Summey was silent about whether he would seek from the Department of Justice what he and his police chief had first asked for. But Sen. Tim Scott, R-S.C., this week penned a letter to Attorney General Jeff Sessions, who had essentially disbanded the COPS Collaborative Reform Initiative last month.

"North Charleston residents and elected officials continue to be very interested in receiving the results of the COPS Office's already conducted assessment ... regardless of your recent announcement," the senator told Sessions in the Wednesday letter. "I ... urge you to release any final or near final findings and recommendations."

City Councilman Bob King said North Charleston has invested too much time in the effort to walk away now.

"They ought to release it," King said. "The Department of Justice did the city of North Charleston an injustice by cutting us off."

Many neighborhood leaders also have joined forces to demand the taxpayer-funded report.

"It's not being respectful to law enforcement. It's being disrespectful to the community as a whole," said the Rev. Clinton Brantley, pastor of St. Matthew Baptist Church. "It makes me think they have something to hide."

Before Sessions ended the program, federal officials said the assessment was being finalized. Its near-completion buoyed hopes that the documents would still be made public under the federal Freedom of Information Act, potentially handing advocates and a police advisory commission a helpful blueprint for change.

But that won't happen — at least not yet.

"Consistent with the attorney general’s commitment to respecting local law enforcement control and accountability," Eason said in an email, "the COPS Office will no longer be issuing Collaborative Reform assessment reports."

Walter Scott, a black man, was pulled over by patrolman Michael Slager in April 2015, one in a long line of minor traffic stops thought to target minority communities. After a struggle, the officer said he fired in self-defense when Scott grabbed his Taser.

But an eyewitness video showed Slager shooting eight times as Scott ran away. Slager pleaded guilty earlier this year to a federal crime and is awaiting sentencing.

Amid calls for a sweeping civil rights investigation of the whole North Charleston Police Department, Summey and Police Chief Eddie Driggers asked the Justice Department a year after the shooting for a less confrontational agreement. The COPS program agreed to review police policies and procedures and suggest changes.

But in keeping with President Donald Trump's own principles, Sessions abandoned such reform measures in mid-September, and agency officials said they no longer expected to do "wide-ranging assessments" of local police or complete ones they had already started.

The Post and Courier's request for documents already created by the Justice Department turned up 606 pages, the agency said. The department, though, handed over only five: the letter from Summey and Driggers asking for the COPS probe; it already was public.

First Amendment expert Jay Bender of Columbia, a lawyer for the newspaper, said it's unlikely that the agency would seriously rethink its decision now.

"We have an attorney general that believes cops can do no wrong and a president who encourages cops to beat up people in custody," Bender said. "There's not going to be any evaluation by the DOJ that suggests impropriety at a police department."

"We’re encouraging folks in North Charleston to pressure city officials to ask for the report," she said. "If they really want that document, the officials can push for it."

'Slap in the face'

Summey has expressed disappointment that the federal authorities were "backing away from their commitment," but he has not strongly pressed for the report's release.

A new written agreement with the COPS office, which the council's Public Safety Committee approved Thursday, allows the city to draw "technical assistance" from the federal agency, but it provides no details about the effort expected to run through August. Driggers said at the committee meeting that he will visit with COPS officials in Washington, D.C., on Oct. 30 "to affirm our commitment ... and to set the steps to move forward."

The mayor and his spokesman refused to answer questions asked by The Post and Courier in multiple phone calls and emails. A police representative also did not respond to requests.

Meanwhile, the North Charleston Citizens’ Advisory Commission on Community-Police Relations is developing its own recommendations for the police force, but it had viewed the COPS report as an important step toward that end. Its chairman, Keon Rhodan, said the group is disappointed now but optimistic for an eventual release.

"The report definitely would help," he said, "but there are other tools that we can use to help bring about change we need."

Vice Chairman Daniel O'Neal said he thought the Justice Department had contradicted its own vow to promote local accountability for police.

"I feel like this decision is a slap in the face," he said. "It makes me wonder what exactly is in the report that they don't want the citizens of North Charleston to know."