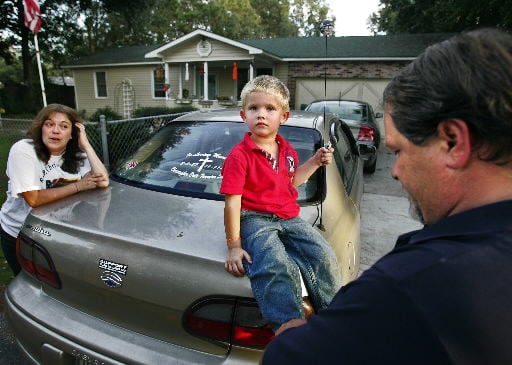 'He looks so much like him,' Lori Teseniar of Goose Creek says of her slain stepson's 4-year-old son, Chris Teseniar Jr., who is having his shoe tied by his grandfather, James Teseniar. Chris Teseniar was fatally shot in Berkeley County in 2007. 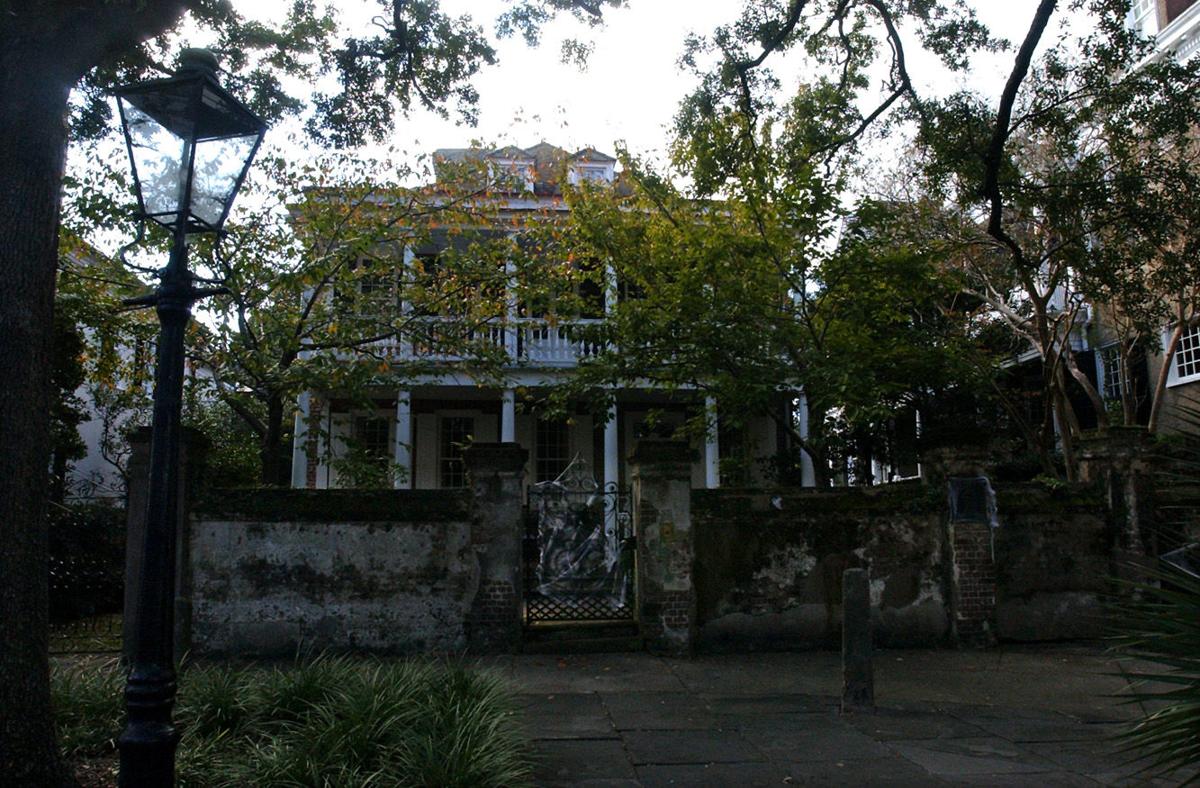 'He looks so much like him,' Lori Teseniar of Goose Creek says of her slain stepson's 4-year-old son, Chris Teseniar Jr., who is having his shoe tied by his grandfather, James Teseniar. Chris Teseniar was fatally shot in Berkeley County in 2007.

GOOSE CREEK -- Nearly three years after Christopher Dale Teseniar was shot to death in his bed in a case of mistaken blame, his parents continue to struggle for a sense of justice.

In the latest development, two women pleaded guilty to helping cover up the murder. They both got off on probation last month, although one has to spend some weekend time in jail and perform community service.

The family also was disappointed earlier this year, when the man who pleaded guilty to shooting Chris had his sentence reduced after an appeal from his lawyers.

A second man also is charged with murder. His case is still pending.

Several of Chris' family members stood last week in the driveway of the house on Holly Avenue where Chris grew up, reviewing what had happened since the night of Nov. 11, 2007, and what they still must go through before it's over.

Lori Teseniar was wearing a T-shirt with his photo and the words "RIP Christopher Dale Teseniar." All three cars in the driveway had memorials in the rear windows in white letters.

"We have to keep him alive somewhere," Lori said.

Chris was 20 when he was killed. He left behind a son, Chris Jr., now 4. The blond-haired boy sat on the trunk of one of the cars while his grandfather, James Teseniar, tied his shoes. Then the boy chased an orange cat under a parked car.

"He looks so much like him," Lori said of Chris' son. "That helps us out."

Chris was killed because two men thought he had taken a girlfriend's jewelry. A detective later found a pawn slip showing that somebody else had taken the jewelry and sold it.

"A lot of people think Chris took stuff (but he didn't)," Lori said. "They killed an innocent person."

Chris was working full time as a heavy equipment operator when he was killed.

Inside the house, on the wall directly facing the front door, there's a photo of Chris between two crosses, beneath the framed words "There is joy in the presence of angels above."

Jennifer Maxwell owned the jewelry that was stolen. She lived on Iona Drive with her boyfriend, Adam Todd Tarpley, and Annette Henderson. Michael Jason Maxwell, Jennifer's brother, also was part of the group.

Court papers indicate that well after midnight the day of the murder, Tarpley and Michael Maxwell got in Jennifer Maxwell's car, and Tarpley drove them to Chris' mobile home in the Strawberry Station Mobile Home Park on Cypress Plantation Road. Maxwell got out of the car with a sawed-off shotgun, and he and Tarpley kicked in the door.

Witnesses said Michael Maxwell went into Chris' bedroom and said, "You don't steal my sister's jewelry," then Chris said, "I didn't steal nothing." Maxwell shot him in the face, chest and side. Then they drove back to the house.

Jennifer Maxwell and Henderson helped them clean up, according to prosecutors. Then they all went out to a Waffle House for breakfast.

"This was a horrible murder, even if he had taken the jewelry," said Assistant 9th Circuit Solicitor Anne Williams, who prosecuted the case. "It was even worse that he didn't. It was such a senseless murder."

Michael Maxwell pleaded guilty to murder and first-degree burglary in April and was sentenced to 85 years in prison. Circuit Judge Kristi Lea Harrington cut his sentence to 60 years in May after an appeal by Maxwell's lawyers. The Teseniar family said they were disappointed because now their son's killer could get out on parole in their lifetimes.

There was no evidence that Jennifer Maxwell and Henderson knew about the murder in advance.

Jennifer Maxwell, now 24, pleaded guilty to accessory after the fact of the murder Oct. 11. The crime carries a sentence of up to 15 years. Harrington sentenced her to 90 days in jail, to be served on weekends, and 100 hours of community service, followed by seven years in prison suspended to three years probation.

The next day, Henderson, 52, pleaded guilty to failure to report a felony, which carries a sentence of up to 10 years. She was sentenced to four years, suspended on two years of probation with random drug and alcohol screening.

Williams, the prosecutor, declined to comment on the sentences but said the state made no recommendation.

In Huntington Beach State Park, you can get a clear view of South Carolina's "ghost forests," swampy areas filled with barren trees, dead and dying from increasing climate stress. Most ghost forests in the state are in their early stages of forming. Now, scientists need your help finding them.  Read more'Ghost forests' won't leaf, they're here to stay in SC. Now you can help.