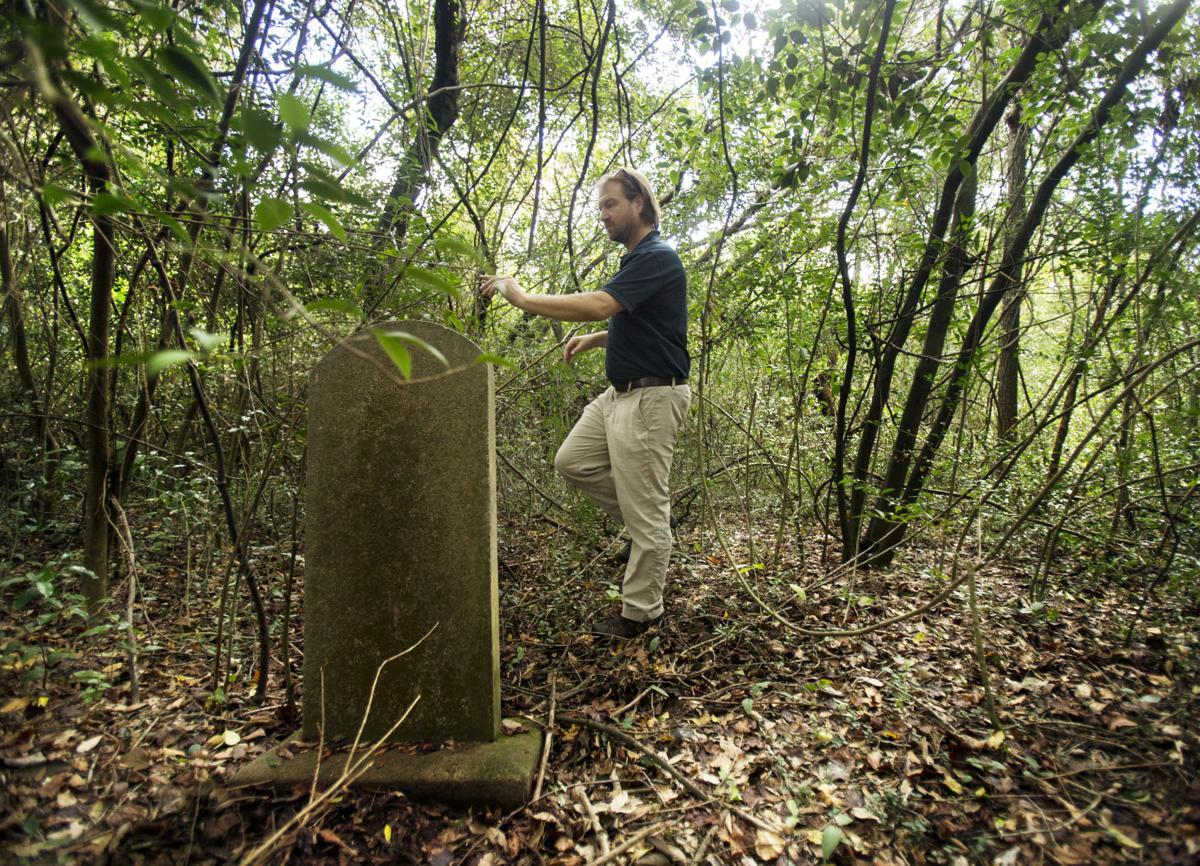 Shawn Halifax, cultural history interpretation coordinator at McLeod Plantation, removes branches from the grave of Rev. James Rivers on Thursday Oct. 31, 2019, on James Island. The Charleston City Planning Commission is reviewing a proposal to hire an archaeologist to look over land before construction in Charleston's historic district. Gavin McIntyre/Staff 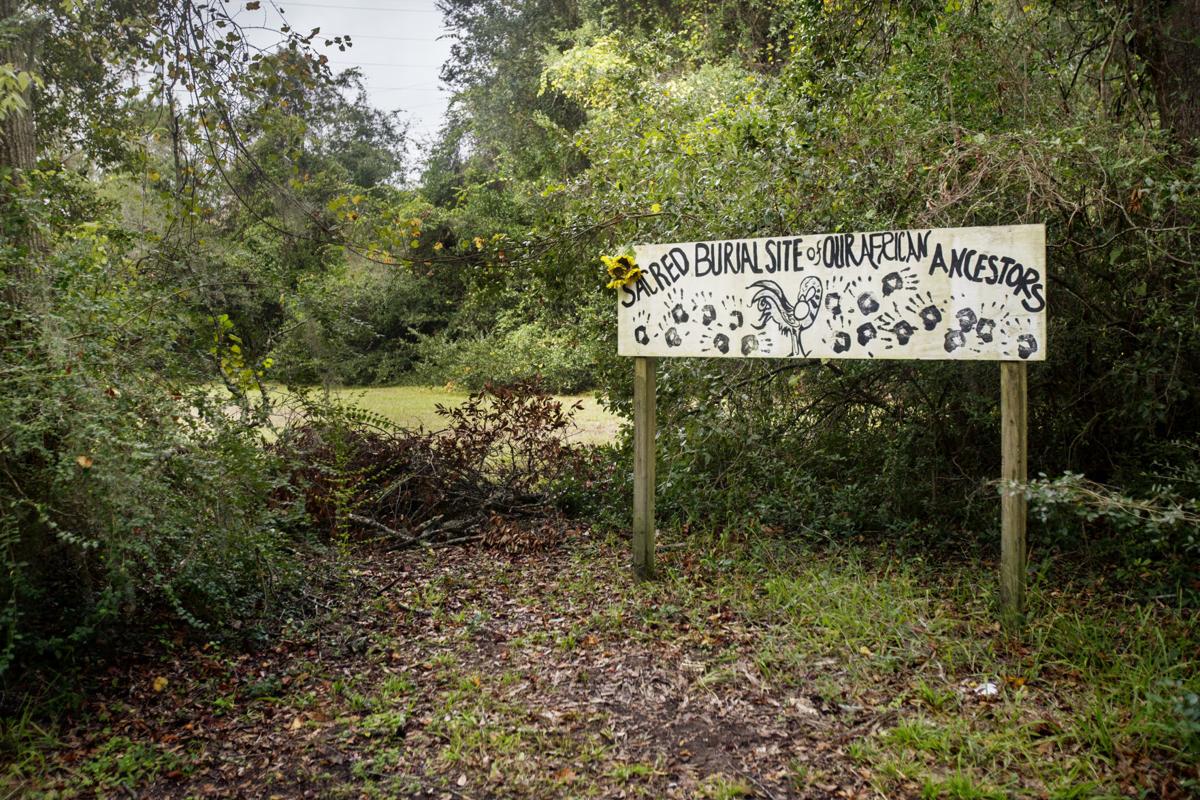 A sign marking the gravesite of African Americans stands in the middle of a wooded area for people to visit on Thursday Oct. 31, 2019, on James Island. Gavin McIntyre/Staff 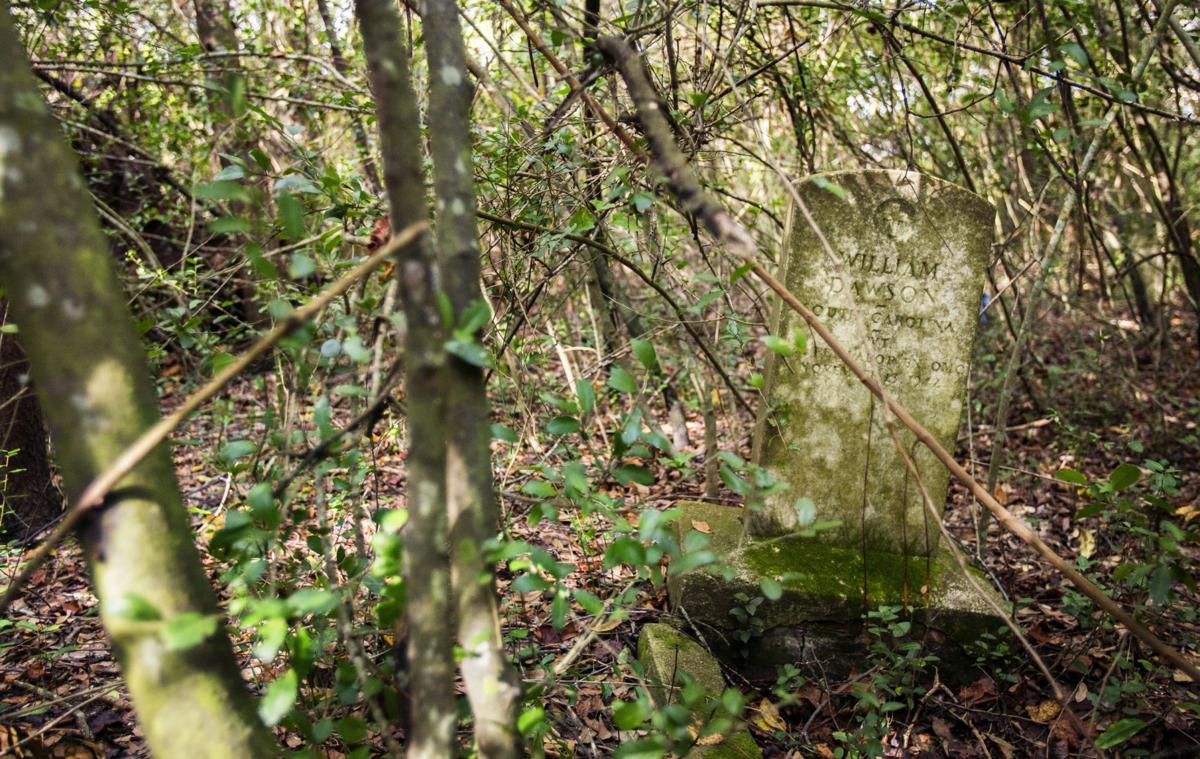 A gravestone for William Dawson is hidden in a wooded area beside McLeod Plantation on Thursday Oct. 31, 2019, on James Island. Gavin McIntyre/Staff 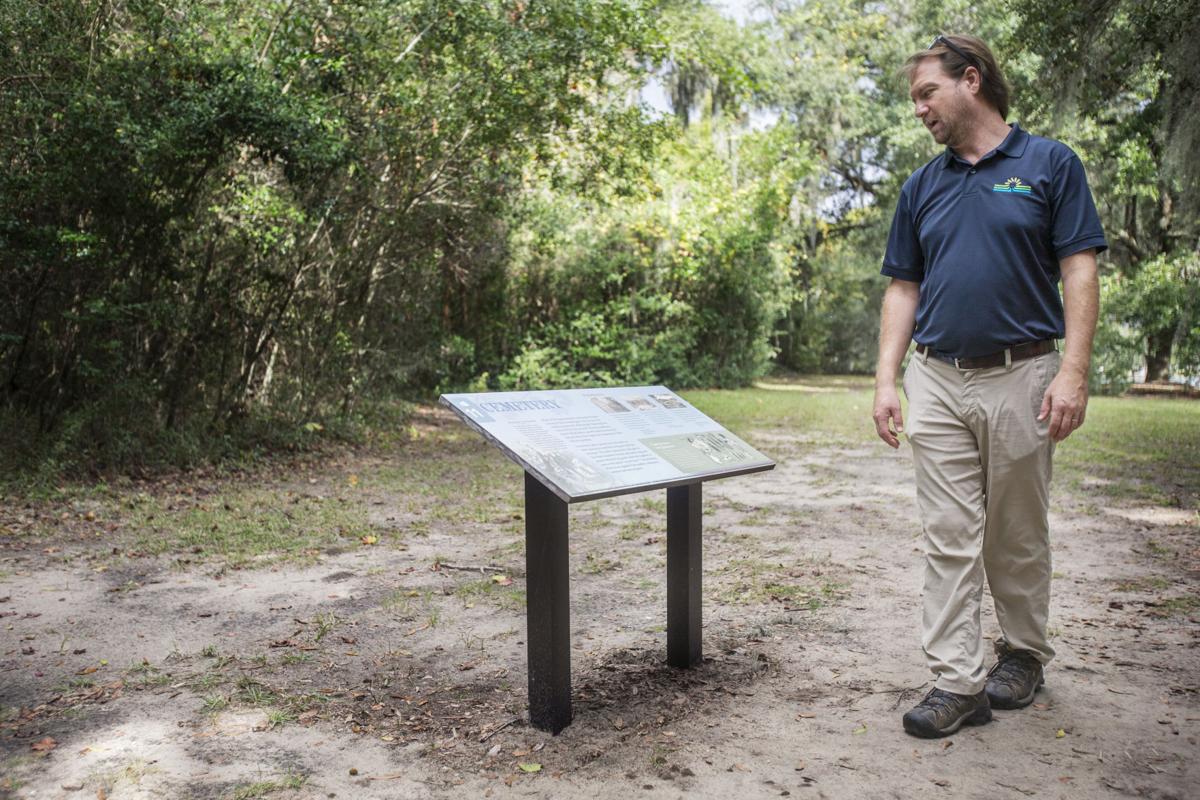 The cemetery neighboring McLeod Plantation wasn't rediscovered because someone stumbled upon an ornate cemetery gate.

It was located on city property. And during construction on the land for a fire station in the 1990s, some of the bodies of the predominately black cemetery were unearthed. Many of the surviving gravestones are hidden, scattered in a nearby wooded area.

Few people know anything about the lives of those buried there. Fewer still know details such as the existence of black military veterans' graves.

Spaces like these are historical archives, and this is what experts believe might be in danger in Charleston and across South Carolina if more steps aren't taken to protect them.

“Dead people can’t speak for themselves," said Dr. Ade Ofunniyin, the founder and director of the Gullah Society. “But it's obvious to me these people have something to say.”

Recently, the Charleston City Planning Commission reviewed a proposed archaeology ordinance that would require the hiring of a city archaeologist and a more extensive review process with the archaeologist for people to get permission to do construction in the historic district of Charleston.

After years of quiet debate, Charleston sees draft of a new archaeology ordinance

Ofunniyin said that for years now they've been trying to get a position like a city archaeologist secured. On a state level, experts are also hoping something similar gets done.

“I think just about every colonial American city has these issues," said Dr. Frank Karpiel, a historian and author of "Charleston Historic Cemeteries."

Talking about the issue

North Carolina and Georgia do not have perfect laws, said Michael Trinkley, a S.C. based archaeologist and director of the Chicora Foundation.

“But those states are far advanced from South Carolina," he said.

He estimates that there are possibly 23,000 cemeteries sitting in South Carolina with a high percentage of those existing in a similar state to the one at McLeod Plantation. In Richland County alone, he and the Chicora team found 550 cemeteries.

But in North Carolina, it is written into law that the chief medical examiner must notify the state archaeologist when human burial remains are discovered. The archaeologist then has 48 hours to make an arrangement with the landowner on the protection and removal of the remains if the landowner wants them moved. After that, any actions must be approved by the landowner.

With Georgia law, the responsibility falls a little more on the developer. If they want to make changes to discovered cemetery land, they have to get a permit from a local governing authority.

To get that permit, the developer is legally required to hire an archaeologist to pinpoint where all the graves are. They have to hire a land surveyor to map the cemetery. They also have to hire a genealogist to create a plan to reach out to potential descendants before the burials are disturbed.

In South Carolina, the law states that the governing body of the county must hire a funeral director licensed by the state to relocate remains. According to Trinkley, those people are often better at working with a living family and a body that is expected to be buried, not necessarily the removal of skeletal material.

“If that was your mother or little baby ... you would want the expertise.” he said.

In Charleston, Ofunniyin said they are hoping to evolve those steps with the City Planning Commission. At an October city meeting, he said many experts like himself expressed their opinions about the need for the change.

“We’re hoping that they really heard us ... we’ve been making this request for a decade now," he said.

Jacob Lindsey, the director of Charleston's Department of Planning, Preservation and Sustainability, agrees that Charleston has never had a true archaeology ordinance. They're hopeful about the ordinance, but they want to hear from more stakeholders like landowners.

“There will be ongoing conversations about this," he said. "We're not done with this."

If approved by the commission and City Council, the ordinance would only apply to the historic district of Charleston. Lindsey explained that they could potentially see something city-wide, but at that point they would need a full staff to administer the ordinance.

"We propose to start small," he said.

Ideally, Trinkley said that he and other experts want to see these spaces funded and protected on a statewide level. He also understands that financially it would likely be impossible. On average, it costs $4,000 a year to minimally care for a cemetery.

But he emphasized that there is at least one first step South Carolina can approach before even a state archaeologist law is created.

“It's for everyone to sit down and start talking about the issue," he said.

With historically black cemeteries, he said they often highlight an unfortunate lack of financial resources.

“What’s clear is that that there are different socioeconomic realities," he said.

Shawn Hailfax, the cultural history interpretation coordinator at the McLeod Plantation, has researched a lot of the history at the cemetery along with his colleagues.

Their hope is to share what they found with descendants and get a better understanding of what their wishes are for the portion of the cemetery owned by the county. As he knows it, some families want to keep it untouched to protect it, others want to create a memorial.

"I just want to get this information in the hands of folks," he said about the stories they've uncovered.

One example he has involves a black woman named Annie Dawson in the 1800s. She had filed a case in an attempt to acquire the pension of her late husband William Dawson. He fought for the Union in the Civil War and was a former slave on the McLeod Plantation. At one point, he changed his last name from McLeod to Dawson.

A black man, the Rev. James Rivers, also has a deposition filed regarding Annie's case. He spoke of officiating the ceremony of her marriage to William on Oct. 12, 1886, "the same year of the shake." He was referencing the destructive Charleston earthquake that year.

Hailfax said that Annie Dawson's case ended up being denied because she had given birth to a child out of wedlock. At the time, Rivers said in the deposition that she didn't have any land or income.

As of today, her grave hasn't been discovered at McLeod. But Rivers' veteran gravestone still stands in the cemetery. It's a handful of steps through branches away from Annie and William Dawson's descendant's grave who was named after William.