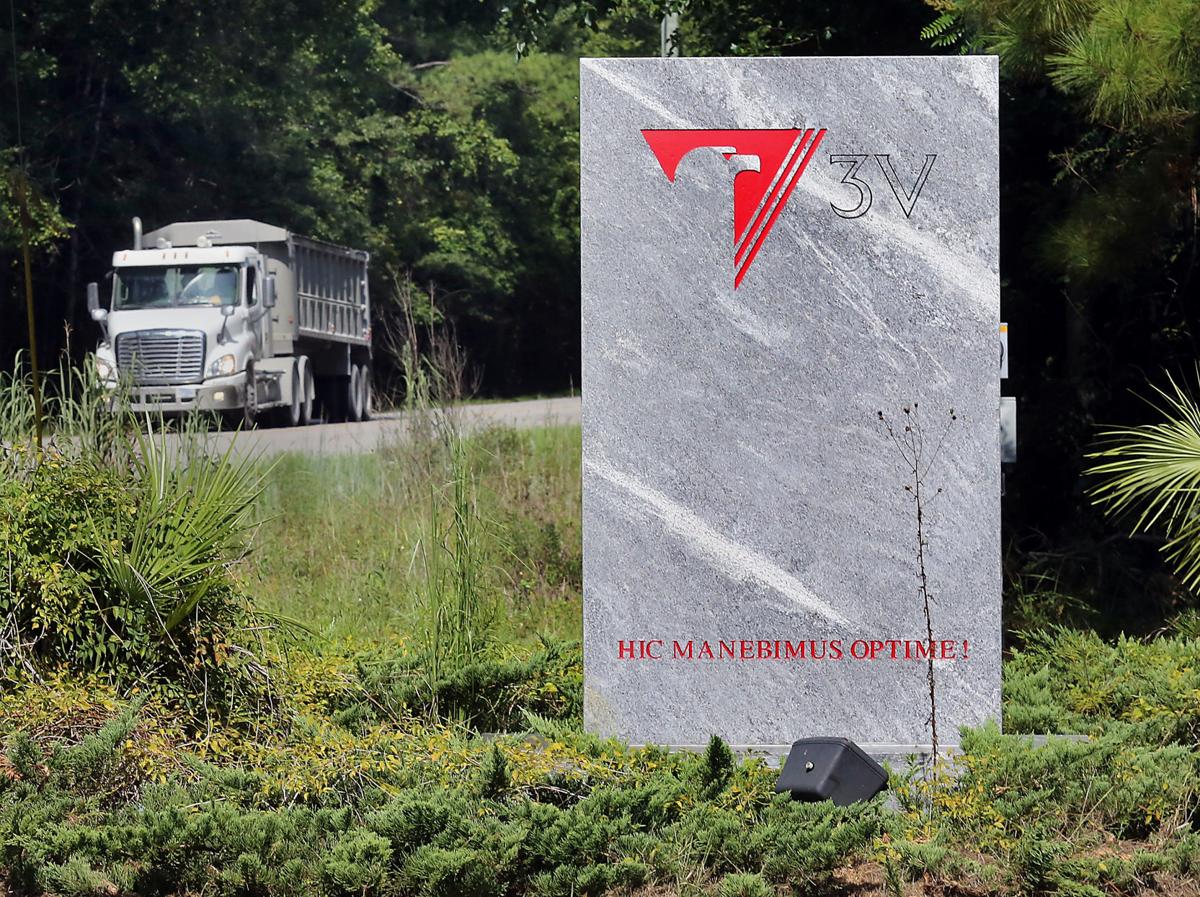 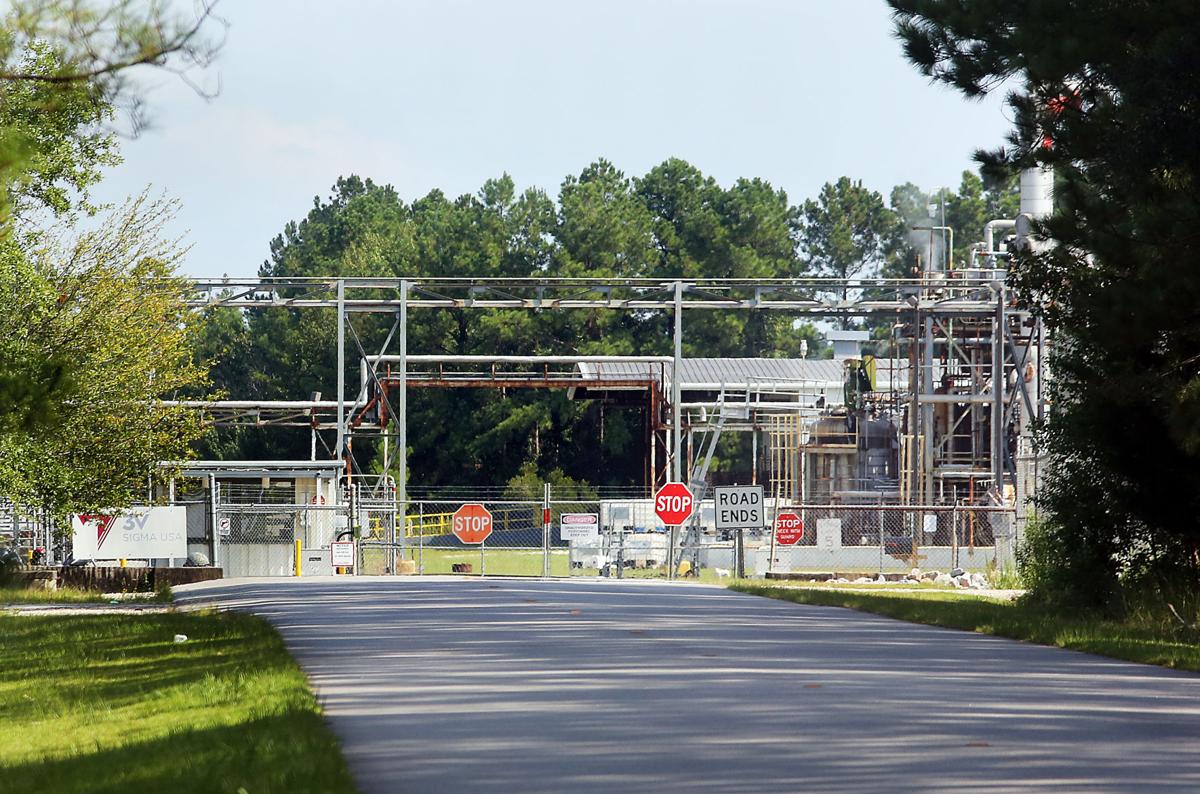 The moon was nearly full that July night as a pair of thieves slipped along the darkened river, home to alligators, eagles and a handful of homes that sit near the water. The bandits' faces, arms and legs were concealed as they headed toward a chemical plant.

The duo had to know the river. Not just its bends and curves, but its tides — a novice could easily ground a boat's hull.

Surveillance video caught the pair as they came ashore from the Sampit River, west of Georgetown.

The burglars knew what they were after, too. Within an hour, they'd found four 100-pound drums, filled with a silvery-white substance almost as valuable as gold.

By 1 a.m. they had returned to the waterway and retreated back into the darkness with the illicit haul — containing around $300,000-worth of the precious metal.

Stealing palladium, the substance found in the drums, is not uncommon. But the method of doing so is usually quite different.

English chemist William Hyde Wollaston is credited with discovering the metal in 1803, a century before mass production of the Ford Model T.

Palladium and gas-powered vehicles became intertwined in the 1970s as efforts to reduce exhaust emissions increased. The metal's ability to absorb hydrogen makes it a useful tool in this effort. Catalytic converters — large coffee-can sized tubes that connect to an exhaust system — often contain the metal for this purpose.

The Environmental Protection Agency calls the device one of the "great environmental inventions of all time."

The desirable metal is largely found in mines in Russia and South Africa, which is the top supplier to the United States. The Stillwater mine in Montana is where palladium is primarily found domestically. Roughly 305 metric tons of platinum and palladium, which are usually found together, have been mined from there since 1986.

Greater demand for the metal has led to increased cost. Earlier this year, investors briefly made palladium more value than gold. As of Friday, gold had jumped ahead, but not by much.

“Just like any other precious metal, when the price goes up, the interest in it goes up, as well," said Corby Anderson, a professor at Colorado School of Mines.

Its value has invited the interest of thieves, as reports of stolen catalytic converters regularly make headlines in news outlets across the globe.

This month, a Philadelphia television station reported that one person’s van was stripped of the palladium-laden device by a group of thieves. It was the second time the person’s car was vandalized for the converter, according to the report.

Also this month, in Oxford, England, thieves targeted vehicles at park-and-rides. And in Berkeley, Calif., converters from dozens of vehicles were stolen in recent weeks.

While there's a market for catalytic converters, the Georgetown palladium thieves may have difficulties if they're trying to unload their haul.

“I have no idea how they’re going to sell that," said Micheal George, a mineral commodity specialist with the United States Geological Survey. "You couldn’t go to a scrap dealer."

Georgetown on the rebound

People planning a visit to South Carolina would do well to consider a stop in historic Georgetown. Then they might want to start planning a re…

Marshland, trees and abandoned rice fields run along the Sampit River, one of four major waterways that drain into Winyah Bay.

The chemical plant where the theft occurred is owned by 3V Group and is a few miles inland from the bay. The farther inland you go, the more narrow it gets.

Founded in Italy, the company's United States operations began in 1978, with a 65-acre plot in Georgetown. 3V manufactures, produces and engineers chemicals, according to its website.

The Rev. Sandra Ladson, an organizer of the group Save the Sampit, said a person would need to know the river's shallow points, and the tide, before navigating it to the chemical plant.

The tide was rising at the time of the theft.

The vice president of management for the plant and a spokesman from the Georgetown County Sheriff's Office both declined to release details of the theft beyond what was included in a few paragraphs on a police incident report.

It occurred on the morning of July 13, the report said. As of Friday, it remained unsolved.

"Somebody probably had to know that stuff was there to begin with," Russel said of the palladium. “And no doubt they had been up there prior to that night. It had to be pre-planned.”