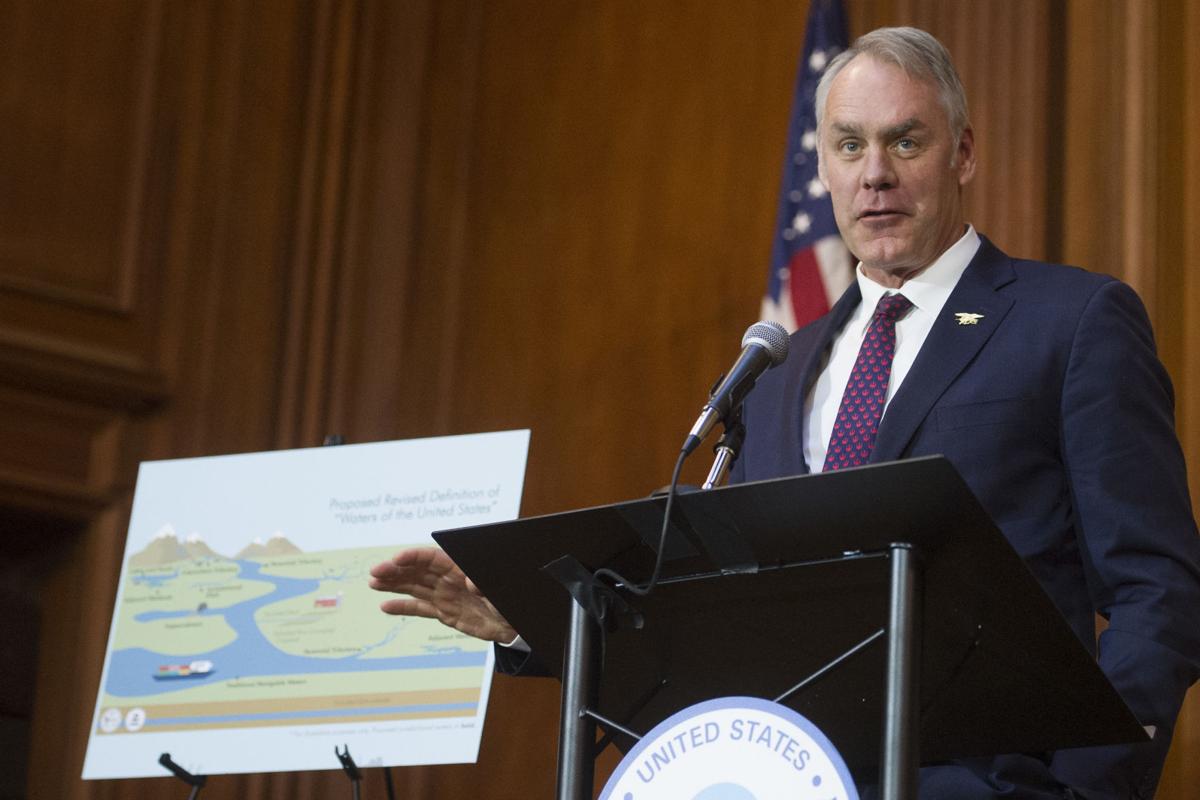 Secretary of the Interior Ryan Zinke speaks after an order withdrawing federal protections for countless waterways and wetland was signed, at EPA headquarters in Washington, Tuesday, Dec. 11, 2018. Cliff Owen/AP 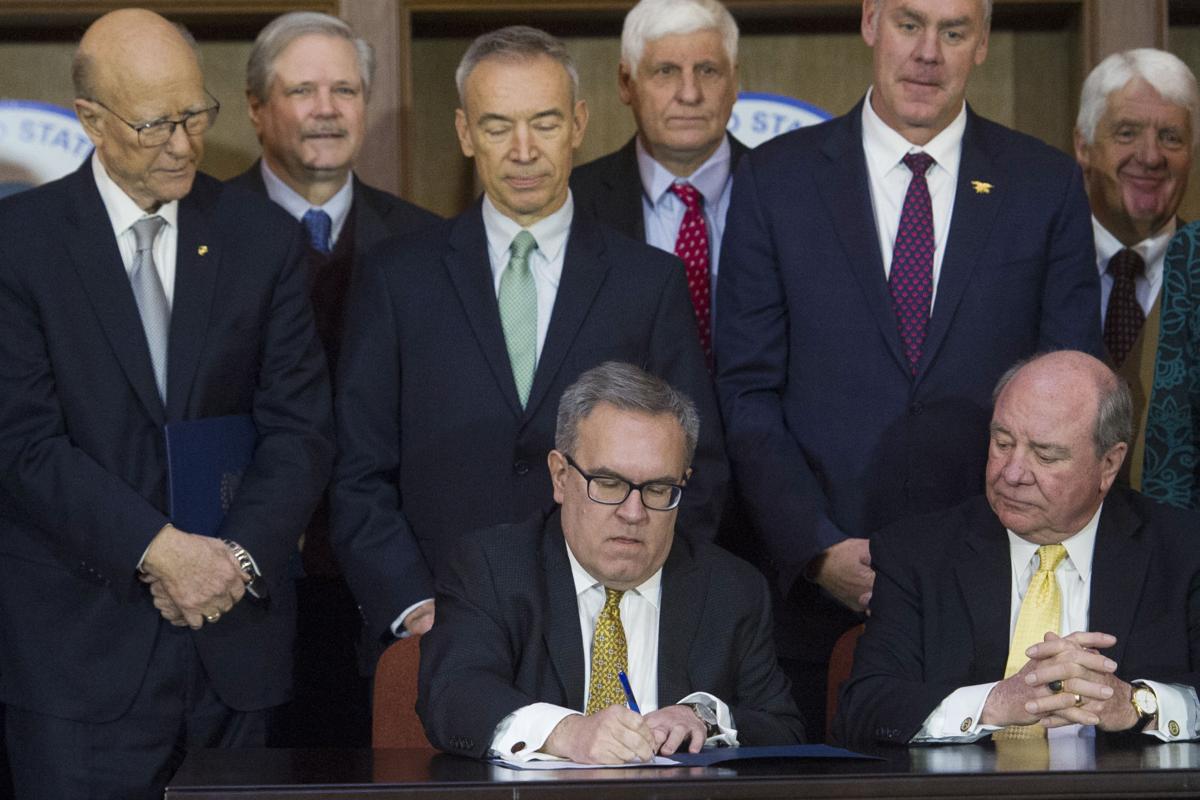 Secretary of the Interior Ryan Zinke speaks after an order withdrawing federal protections for countless waterways and wetland was signed, at EPA headquarters in Washington, Tuesday, Dec. 11, 2018. Cliff Owen/AP

Cabinet chiefs and GOP lawmakers celebrated alongside farm and business leaders Tuesday as the Trump administration made good on one of its biggest promised environmental rollbacks: proposing to remove federal protections for thousands of waterways nationwide.

Environmental groups called the proposed overhaul of federal water protections one of the gravest assaults ever on the spirit of the 1972 Clean Water Act, the foundation of U.S. water protection law.

But supporters praised President Donald Trump for knocking back what they said was federal overreach.

The rollback of Obama-era rules affects wetlands that help supply drinking water to more than 20 million people across the South.

It would remove federal protections for wetlands nationally unless they are connected to another federally protected waterway, and for streams, creeks, washes, ditches and ponds that exist only during rains.

It also would strip protections from rain-fed streams and often dry washes that are vital to wildlife and also help buffer communities from the worsening impacts of drought, floods and hurricanes.

More than 300,000 acres of these wetlands are found in the eight coastal South Carolina counties alone.

Jan Goldman-Carter of the National Wildlife Federation said the move would leave waterways more vulnerable to destruction by developers and farmers, or to oil spills, fertilizer runoff and other pollutants.

The rollback comes in the midst of a 10-month-long Southern Environmental Law Center challenge to the original Trump proposal, a challenge currently pending in federal court. It means the group would have to refile a lawsuit once the new rule has been finalized.

The EPA cited the effect of a recent ruling in that case as a reason for the new rule, to replace the "patchwork" that has resulted from litigation, said Charleston-based attorney Blan Holman with the center.

Holman didn't think the replacement strategy would be used to undermine the legal challenge to offshore oil exploration permits that the center filed Tuesday. It's a different sort of issue.

"They issue the permits, we challenge the permits. Not much they can do to then change the playing field underneath that I don't think," he said, emphasizing the last word.

But by the EPA's own estimates, the rollback would strip core protections from about 70 percent of South Carolina wetlands and from about 50 percent of wetlands nationwide, Holman said.

"The EPA’s proposed rule is a disaster for wetlands and many streams, and strips away core protections that were put in place under the Reagan administration," he said. "The proposal is also a confusing mess that will make it all but impossible for landowners to tell if waters on their property are protected or not."

Holman added that making things worse, "the EPA has proposed new exceptions and expanded old ones — for mining operations and waste treatment facilities, for example. Those will take time to evaluate, but have the potential to be extremely destructive and insidious."

The Obama-era water protections targeted for replacement by Tuesday's regulatory overhaul "was never about clean water," Rep. Sam Graves, a Republican and farmer from Missouri. He was among about a dozen GOP Congress members at Tuesday's launch at headquarters of the Environmental Protection Agency.

"It was always about the federal government getting more control over our water and our lives," he said. "I want to thank him for keeping that promise."

"Thank you, Mr. President, for giving us the Christmas present of a lifetime," the president of the American Farm Bureau Federation, Zippy Duvall of Georgia, said.

Interior Secretary Ryan Zinke, also attending the ceremony for the regulatory changes, told the farmers and others attending the proposal "doesn't remove any protection."

"It puts the decision back where it should be, (with) the people that work the land, that hunt, that own the land," Zinke said.

The rules now go up for public comment, ahead of any final adoption by the Trump administration. Environmental groups vow legal challenges.

The Associated Press contributed to this story.

Environmentalists just sued the Trump administration over the administration's latest attempt to gut Obama-era clean water rules that extended protections — and restrictions — to smaller waterways and wetlands. It's the latest round of legal wrangling that dates back to the earliest days of the presidency.