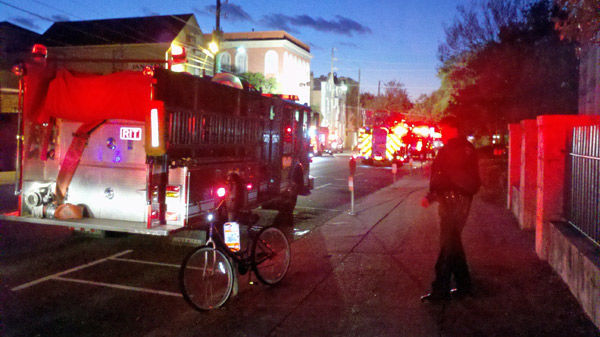 Public safety workers blocked off roadways near Ansonborough House on Society Street for several hours following a 5 a.m. Friday fire that temporarily displaced about 80 residents. Firefighters quickly contained the blaze inside one of the apartments. 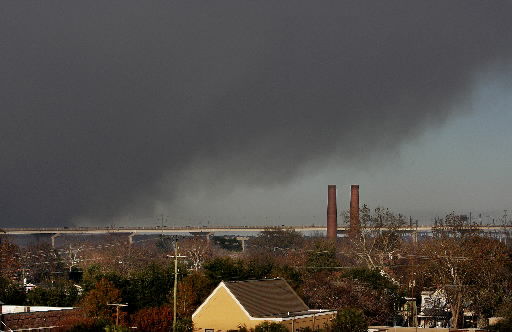 Public safety workers blocked off roadways near Ansonborough House on Society Street for several hours following a 5 a.m. Friday fire that temporarily displaced about 80 residents. Firefighters quickly contained the blaze inside one of the apartments.

Rescue workers evacuated about 80 elderly residents from Ansonborough House on Society Street in the cold and dark Friday morning after fire broke out in one of the apartments.

Charleston fire spokesman Mark Ruppel said firefighters quickly contained the 5 a.m. blaze to the single room. Paramedics took the resident to Medical University Hospital for injuries that were not life-threatening. Ruppel said the fire is under investigation but is not considered suspicious.

Some wore floppy slippers, house coats and rollers in their hair. They asked when they could return to their apartments for medicine, combs and daytime clothes. Executive Director Sandra Clair broke the news that they'd have to wait a few hours for fire officials to finish their investigation.

All residents returned to their apartments later Friday, except for people who live in six units on the affected wing of the second floor. Staff made arrangements for those displaced.

Louise Cox, 98, Ansonborough's oldest resident, said she has heard plenty of fire alarms. On Friday, "the fellow across the hall said, 'Miss Cox, it's real this time,' " she recalled. Cox said a firefighter carried her down the stairs from her fourth-floor apartment on his back. She wanted to thank him.