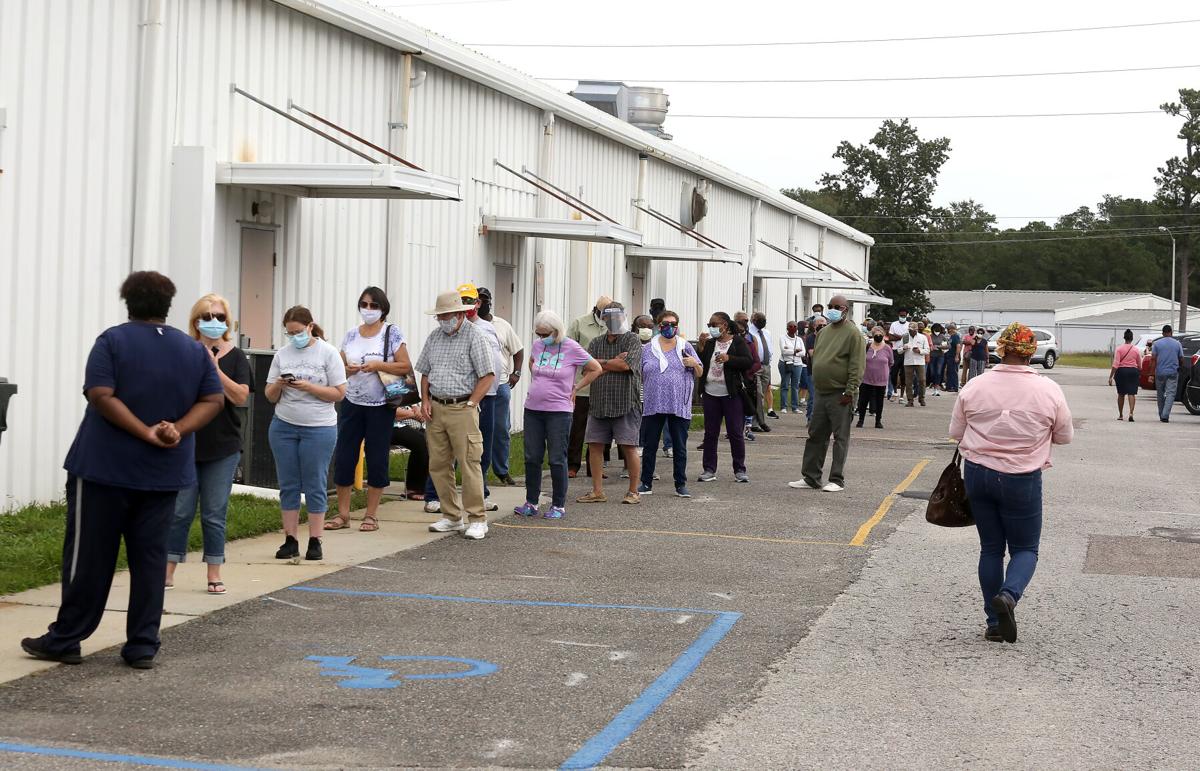 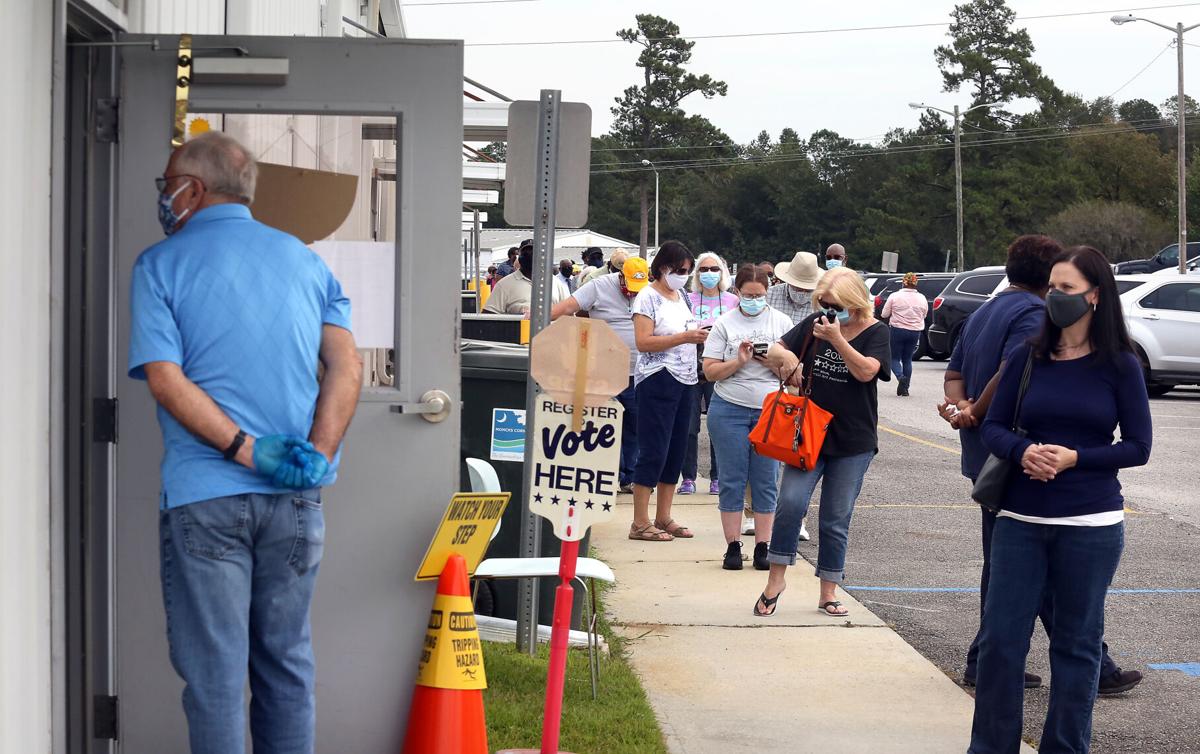 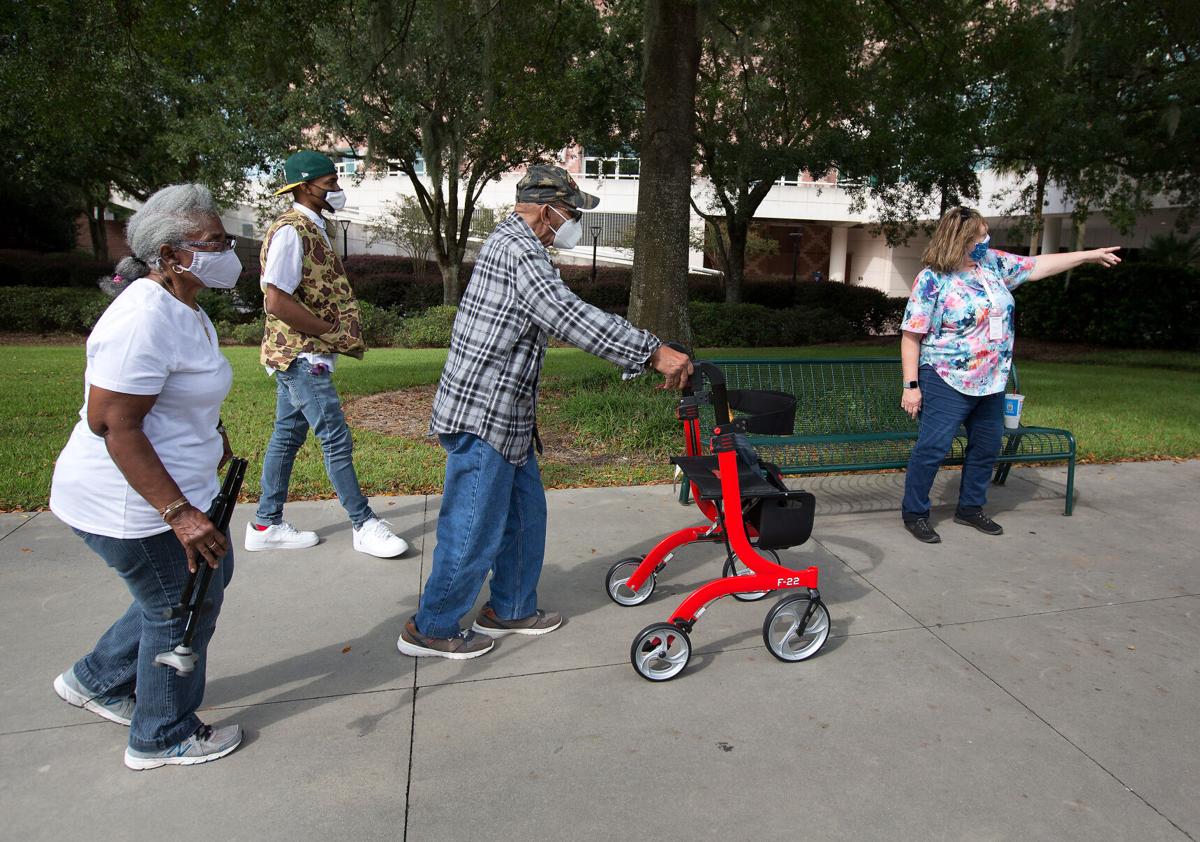 Helen Ellington, grandson RJ Basley and her husband, George Ellington, get directions to the entrance from a poll worker on the first day of absentee voting at the North Charleston Coliseum on Monday, Oct. 5, 2020. Grace Beahm Alford/Staff 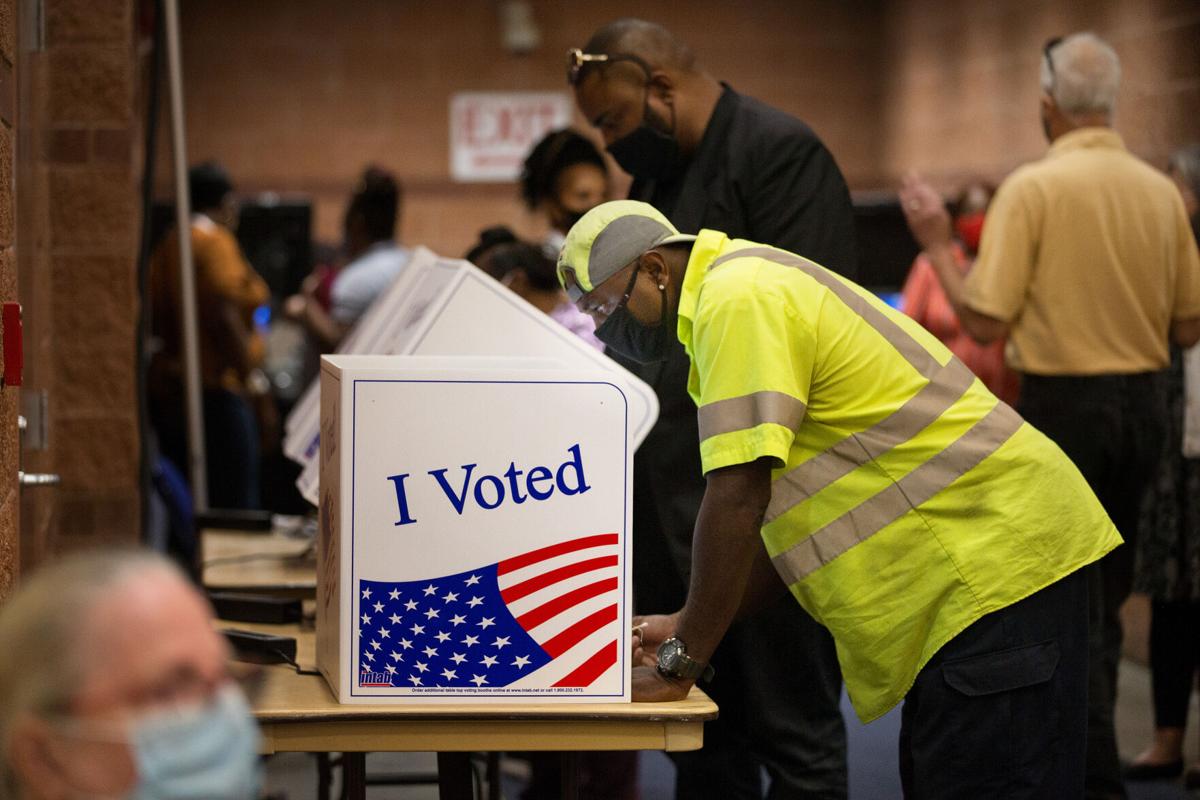 First-time voter, Leonard McNeil, casts his ballot on the first day of absentee voting  at the North Charleston Coliseum, Monday, Oct. 5, 2020. “This is something serious”  said McNeil about voting. "We need change"  Grace Beahm Alford/Staff 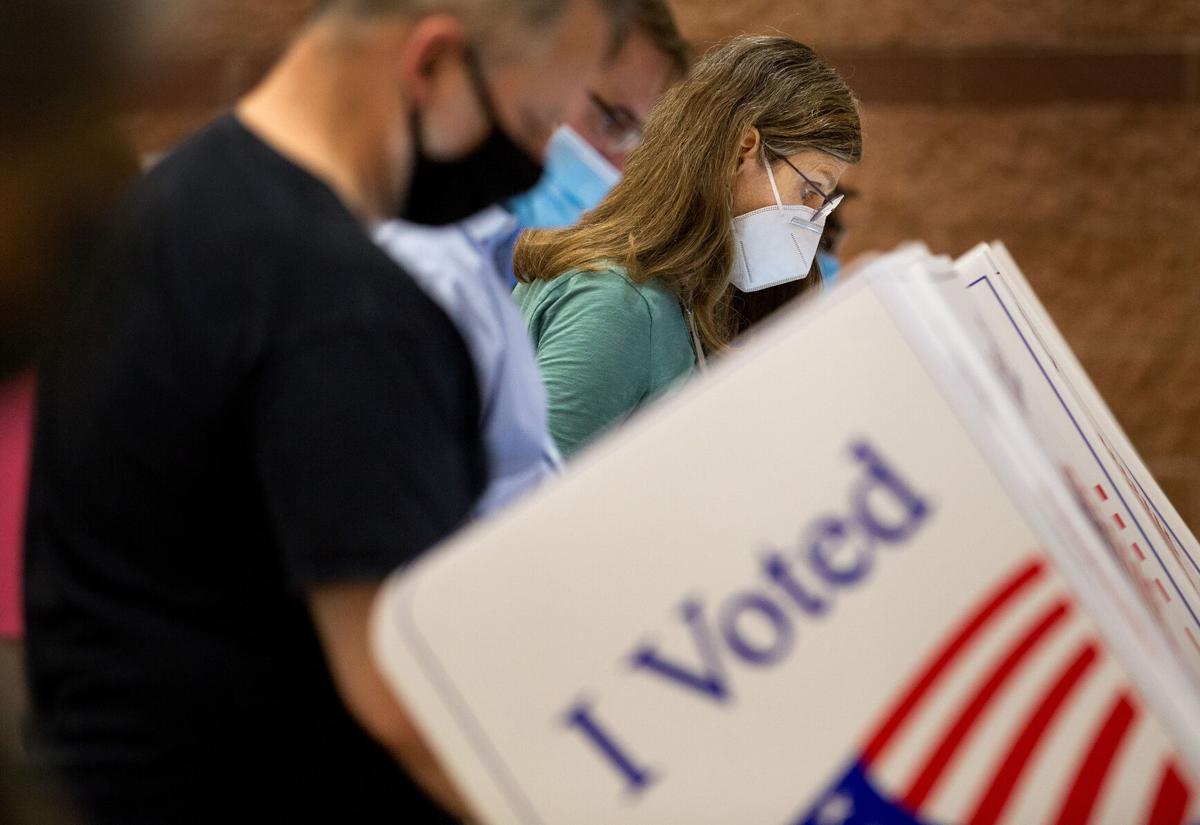 First-time voter, Leonard McNeil, casts his ballot on the first day of absentee voting  at the North Charleston Coliseum, Monday, Oct. 5, 2020. “This is something serious”  said McNeil about voting. "We need change"  Grace Beahm Alford/Staff

NORTH CHARLESTON — Synetra DeLoach was amazed at how easy it was to cast a ballot on the first day of absentee — or early — voting Monday.

She drove from her home in Hollywood to the North Charleston Coliseum where a dozen or so Charleston County voting machines were set up on the ground floor.

It was the first time the entertainment arena has been used in such fashion.

"Ten minutes, it was super quick," she said of the check-in and voting process.

The more than 50 election office staffers made it easy too, clapping and applauding every time a first-time voter cast a ballot.

Where to vote early or absentee in Charleston, Berkeley and Dorchester counties

By the time the day's counting was over, officials expect as many Charleston County residents voted absentee in eight hours there than did during the entire first week of absentee voting four years ago, over 1,000 people.

Across the largest counties in the state there was widespread interest in early voting Monday as county offices and satellite voting locations opened for in-person voting (technically absentee) ahead of the Nov. 3 general election.

Richland, Greenville, and Horry were among those where high participation was noted, with officials encouraging voters to come out early ahead of what could be a record turnout for a presidential race and with the coronavirus pandemic ongoing.

But it wasn't always smooth. In Berkeley County, some reported it taking close to two hours to vote. Other voters noted that locations in some smaller county offices were so small or cramped that people were sometimes forced to be too close together when masks weren't ordered.

Those who turned out to Richland County’s administration building were also greeted with hours-long lines. Some spent time watching streaming videos, reading paperbacks or swapping paperbacks.

“At the end of the day, my vote counts," said Beverly Timmons, who brought a lawn chair and headphones to the downtown Columbia site where she voted about 2½ hours after stepping in line. "That’s my say on health care and education for my kids.”

In Greenville, the lines progressed at a snail's pace. The scene at County Square mirrored that of early-voting locations across South Carolina, where wait times were as much as three hours. By midday, a line of more than 100 people extended from the main entrance of the sprawling county complex, once a shopping mall, to the tax collections entrance.

It was the first day of what county elections Director Conway Belangia said could ultimately be as much as an 80 percent turnout by Election Day on Nov. 3. The prediction is based in part on interest shown in the June primaries.

She said she came out on the first day because she didn't didn't trust voting by mail.

Others expressed concern that in the days and weeks closer to the election, the lines and waits will get longer as procrastinators arrive.

Isaac Cramer, a project manager with the Charleston County Board of Elections, agreed with that reasoning, saying the first two weeks of the absentee voting period is usually the lightest.

Afterward "that's when the numbers skyrocket."

Charleston currently has the Coliseum as its single satellite early voting office. Three more will open Oct. 19: at the Seacoast Church locations in Mount Pleasant and West Ashley, and the Main Branch county library downtown.

Workers from the coliseum will shift to those sites after they are up to par on their training, Cramer said.

Richland County elections chief Alexandria Stephens said officials were likewise expecting an October surge at the polls. Interest is also surging by mail, she said, with more than 62,000 requests for absentee ballots sent to her office as of Oct. 1. To date, 38,000 have been returned.

“I expected it to be such a large turnout, and the reason I say that is we had so many people calling and anticipating the beginning of in-person voting, so I knew it was going to be the opposite of what it was in the past,” Stephens said.

Some voters Monday said they were uncertain whether South Carolina’s elections process can be trusted given the volume of mail-in ballots being taken in.

“I think that’s one reason you see so many of us out here today,” said Richland County voter Beverly Leeper, of Columbia. “I think it’s important to see the ballot (on a machine). There’s just something more empowering about voting in person.”

“I don’t want there to be any question about my vote being counted,” the Columbia voter said.

Lines at Horry County’s election office in Conway largely died down by mid-afternoon Monday. Conway resident Lynn Spires got in the queue right at 3 p.m. It was her second attempt to do so during the day. Earlier on Monday she attempted to cast her absentee ballot, but lines wrapping around the building deterred her from standing for so long.

“I was going to wait until the line got shorter. It’s the reason I haven’t already voted,” Spires said, adding that she has only missed one election in more than 50 years of voter eligibility.

For more information and answers to specific questions on voting in South Carolina, visit the state Election Commission at SCVotes. gov