A longtime school bus operator in Charleston County has decided to take the fight for control of the school district's student transportation contract to court.

Most school districts in South Carolina rely on the state to provide school buses and drivers. But the Charleston County School District's bus drivers are contracted through third-party transportation vendors.

In December, CCSD passed over longtime bus vendor Durham School Services when it published a notice of its intent to award a new, $24.7 million school bus contract to First Student, a division of FirstGroup America.

Durham quickly filed a protest of this decision, arguing that the point values listed in the bid criteria were "inappropriately applied." It cited an approximate $4.5 million difference between the two companies' five-year bids.

Durham's five-year contract with the district is scheduled to end in June.

The district denied Durham’s initial protest, arguing its complaints with the bidding process were invalid.

Durham appealed that decision as well, only for the district to deny the protest for a second time after a six-hour hearing earlier this month.

The contract with First Student was signed on Monday, according to district spokesman Andy Pruitt.

"There is a significant amount of preparation required for this transition in student transportation," he said.

Now, Durham has decided to take legal action against the district's school board.

The transportation company formally appealed the district's decision for a third time on Monday, filing a petition for a temporary restraining order that would keep the district from moving forward with the First Student contract.

"This arbitrary decision to award the contract will divert $4.5 million dollars of limited District resources from the classroom," the petition read.

The transportation contract, if finalized, runs from July 1 through June 30, 2021, with the option to extend services through 2025. Durham’s one-year bid was around $1.5 million less than First Student’s.

Pruitt declined to comment on the contract further because of the pending legal complaint.

Durham has worked with the school district since 2007, but it has faced criticism from some parents who say their children missed significant class time due to late buses.

The school district is in the midst of an ongoing bus driver shortage. Not enough drivers means that some employees have to double up on their routes, which can cause students to be late. 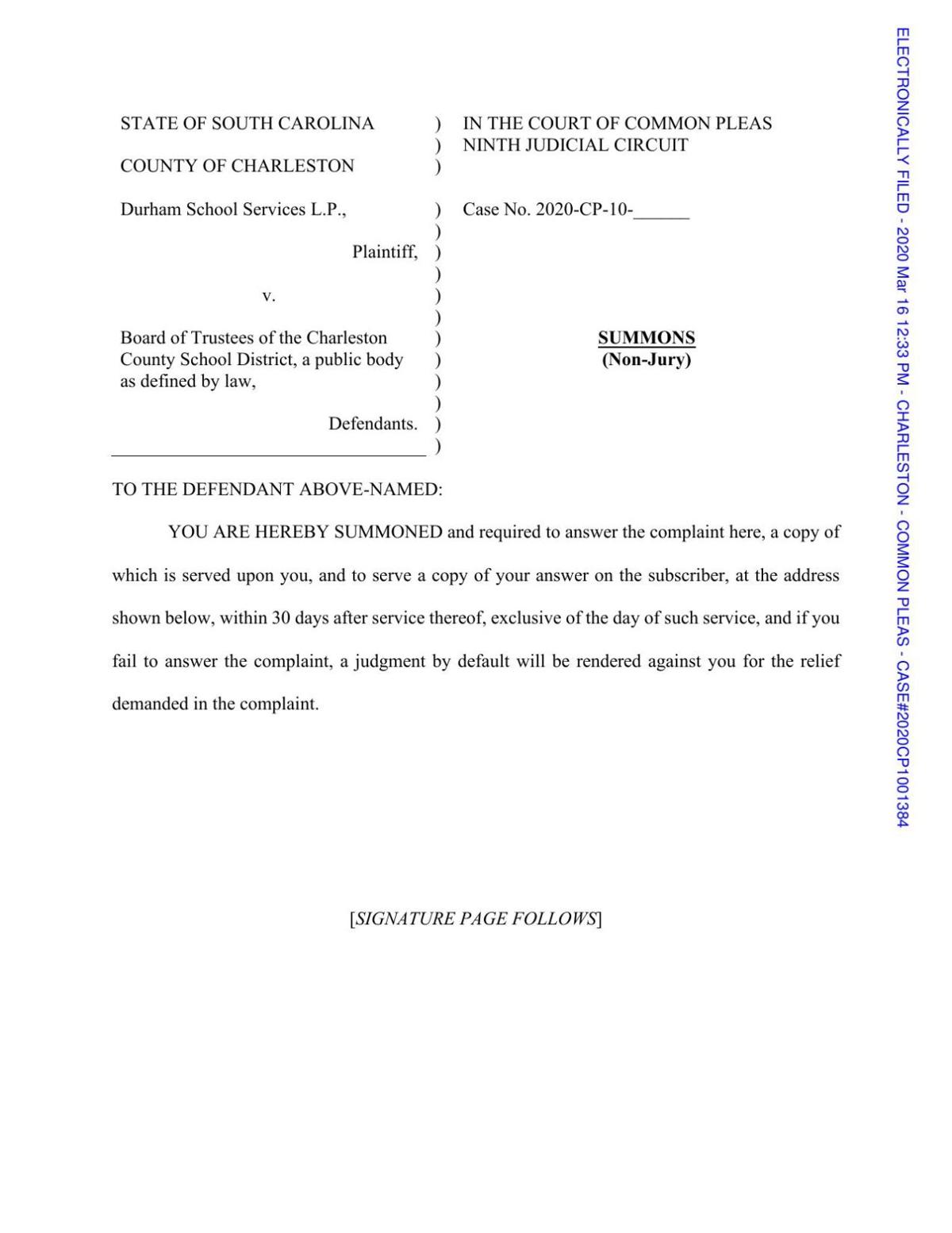 Clouding the issue: The parent company of FirstStudent is planning to sell off its North American school bus division, officials announced last week.

"We recognize the tremendous amount of trust school districts place in us. Any buyer would be required to provide transportation services under the terms of First Student’s contracts," said FirstStudent spokeswoman Jen Biddinger.

The company first began to explore the possibility of disposing of its North American school bus and transportation divisions in December, according to Bloomberg. This was about the same time CCSD announced the company was its top choice.

Board member Kevin Hollinshead has voiced his disapproval of the district’s decision to select First Student, worrying about what the sale of the company might mean for the quality of services provided.

"It should have been disclosed to the district when they were seeking the bid that, ‘Hey it’s possible we may be selling, or may be getting new owners.’ That will make a big difference," he said. "That plays into how you service your clients, and your most precious assets are the students."

Biddinger said the company's decision to sell "only reinforces that the strategies we’re deploying to develop and grow our business are working."

"This is because there are limited synergies between FirstGroup’s UK and North American businesses. In fact, in many ways, the operations already function independently," Biddinger said in an email to the newspaper.

The school district has until mid-April to respond to Durham's complaint.