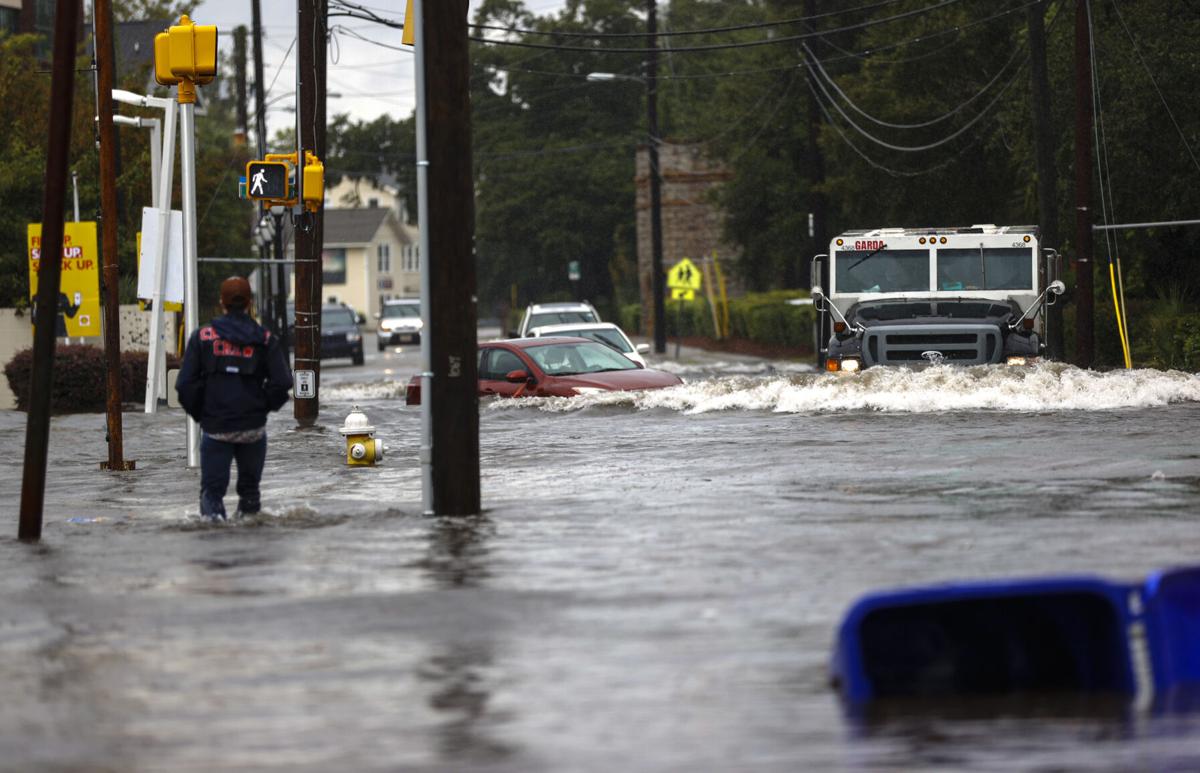 The intersection of King and Huger streets is flooded after a rainstorm on Sept. 25, 2020, in Charleston. Andrew J. Whitaker/Staff 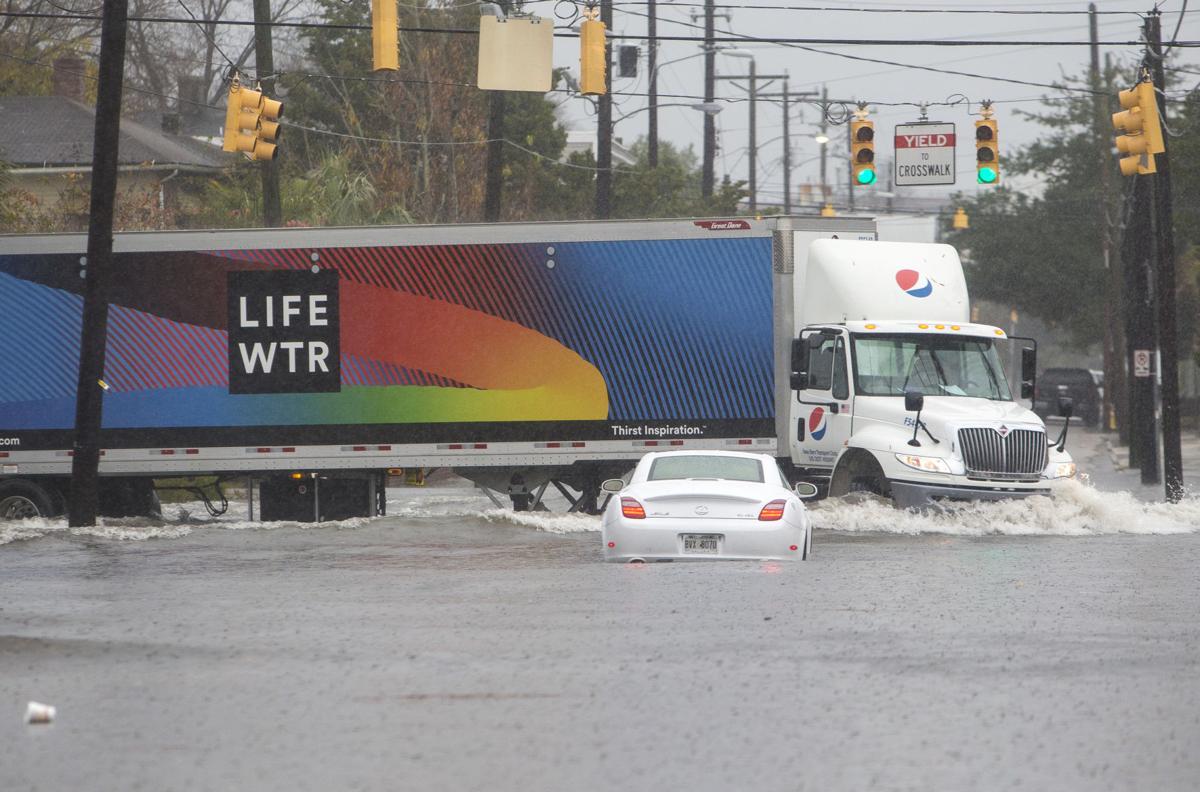 A Life Water truck carefully maneuvers around a stalled-out car at the intersection of Huger and King streets Dec. 14, 2018, in Charleston. File/Andrew J. Whitaker/Staff 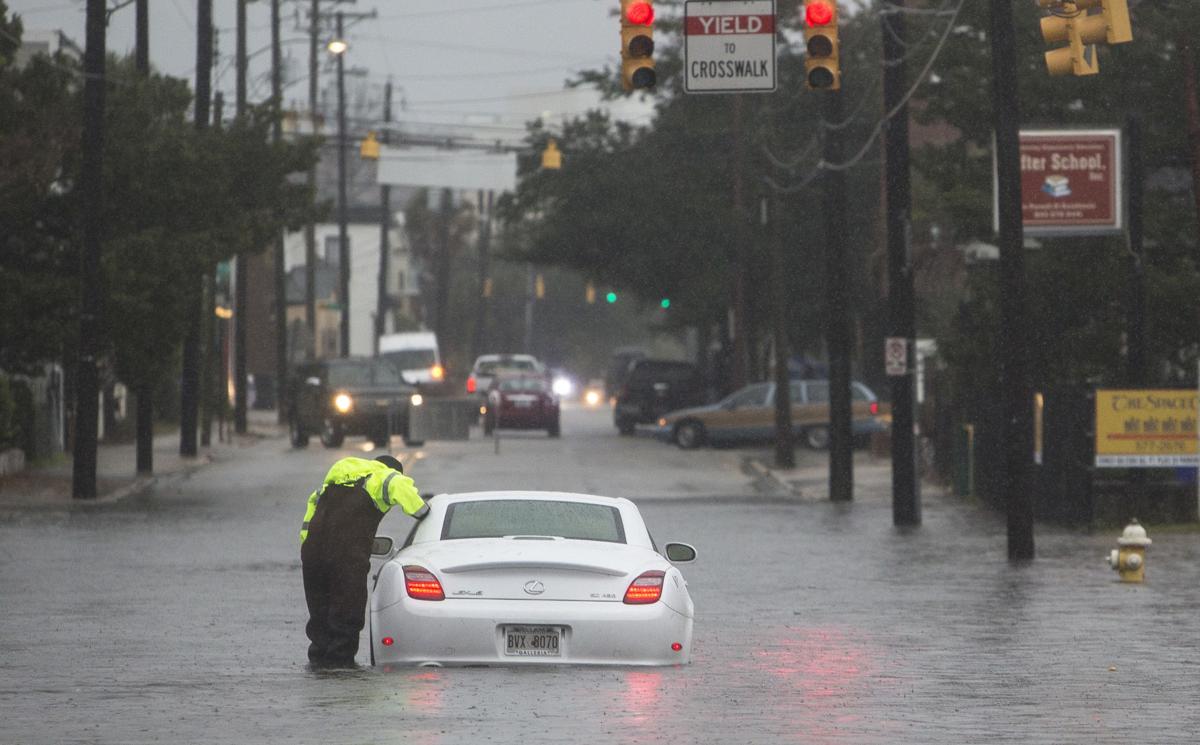 A Charleston Fire Department member helps with a stalled car at the intersection of Huger and King streets Dec. 14, 2018, in Charleston. Andrew J. Whitaker/Staff

The intersection of King and Huger streets is flooded after a rainstorm on Sept. 25, 2020, in Charleston. Andrew J. Whitaker/Staff

A Charleston Fire Department member helps with a stalled car at the intersection of Huger and King streets Dec. 14, 2018, in Charleston. Andrew J. Whitaker/Staff

Charleston officials are about to address one of the city's most flood-prone intersections — King and Huger streets — but the city's top stormwater official said it could take years for the problem to be resolved.

Charleston City Council is expected to approve a $6.9 million fix at its Tuesday meeting in the first phase of a project for the intersection, which easily floods to 3 feet.

For decades, the intersection has filled with water during hard rains. Matt Fountain, Charleston's director of stormwater management, said 100 surrounding acres drain to that one crossing.

"A lot of people's cars have been damaged by the flooding," said City Councilman Robert Mitchell, who lives on King Street, just on the other side of Sacred Heart Roman Catholic Church, which is at the southeast corner.

Mitchell said water doesn't rise very high on his property, but he's seen the intersection repeatedly flood since the 1970s. He's also seen the toll it's taken on locals and visitors who try to drive through water that looks deceptively shallow.

In addition to causing trash to float, cars and trucks have been stranded in the waters, and larger vehicles that do make it through can send wakes and waves towards nearby buildings. Chronic flooding causes other issues, too, like requiring nearby property owners to buy flood insurance, Mitchell said.

Work on the intersection is "a long time coming," he said.

The new project would start the process of moving that water out of the road more quickly by doubling the diameter of many of the drainage pipes there and by improving the drains and catch basins nearby.

The work is being funded by a S.C. Rural Infrastructure Authority grant, along with money from the city's drainage fund and funds from the Cooper River Bridge tax district. Charleston Water System also will contribute about $1.8 million, as the utility will work to replace water lines while the asphalt is ripped up for the drainage project.

Charleston recorded second-highest number of tidal floods in 2020, most ever major floods

"It would save a lot of money for both parties and a lot of traffic woes for the people who use that street to do the work at the same time," said Mike Saia, a water system spokesman.

Construction is expected to begin in early spring.

Traffic disruptions at the intersection, which is heavily used in both directions, could last between three and six months, Fountain said. The schedule depends on whether workers are allowed to close lanes on King Street in the daytime, which is more disruptive in the short term but reduces the total duration of the work.

In either scenario, there will be nighttime lane closures, Fountain said.

Full relief from the chronic swampings wouldn't happen until a second phase is completed. In that phase, a pump would be installed to move the water into nearby Newmarket Creek. But that's a more complicated step because it requires environmental permitting to pump water into the creek. The design isn't finished.

In all, there are two more years of paperwork before the second phase can proceed, Fountain said.

Until then, "If you get a hard, major rain that road will still flood and it may flood just as badly as we do now," he said.