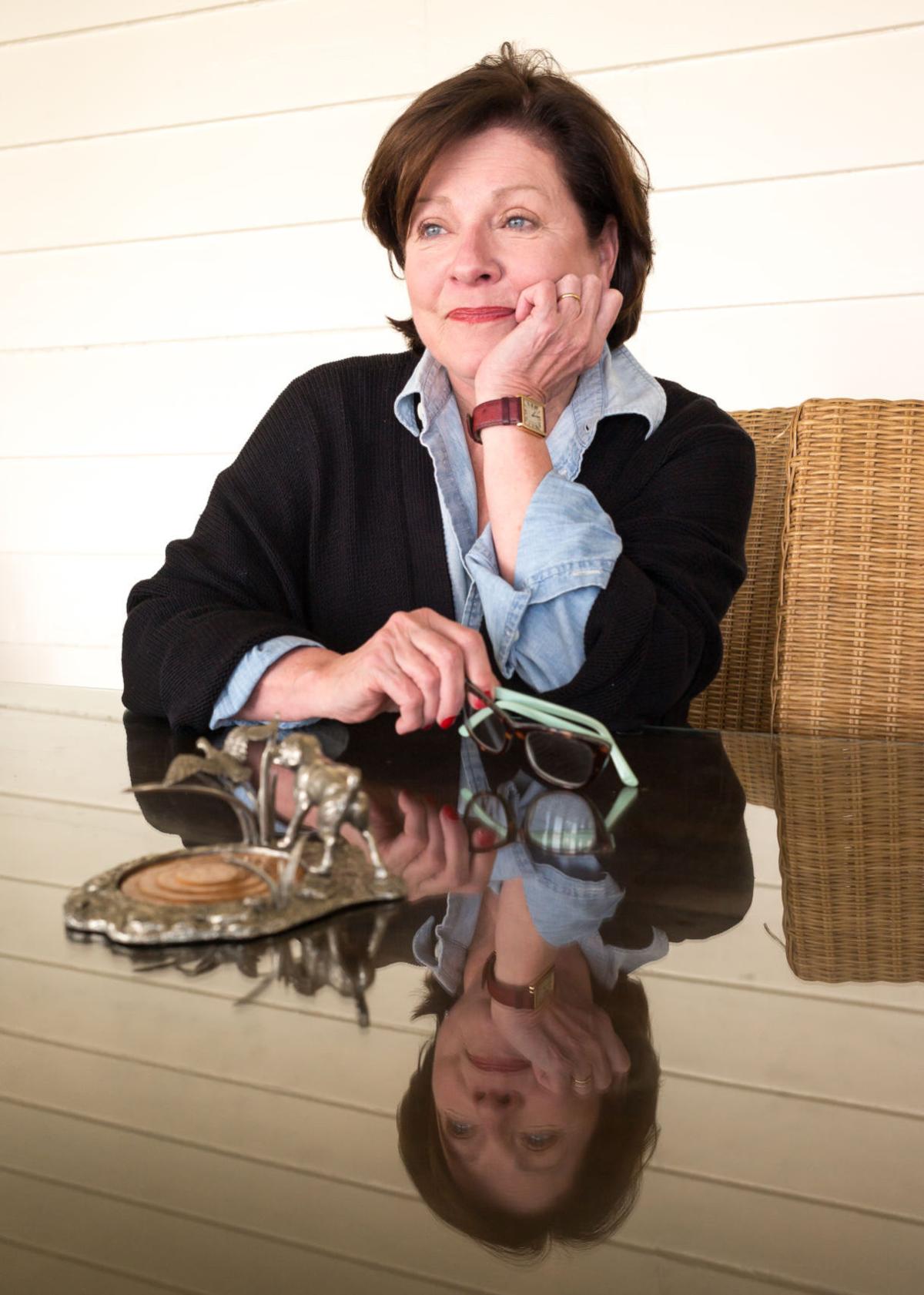 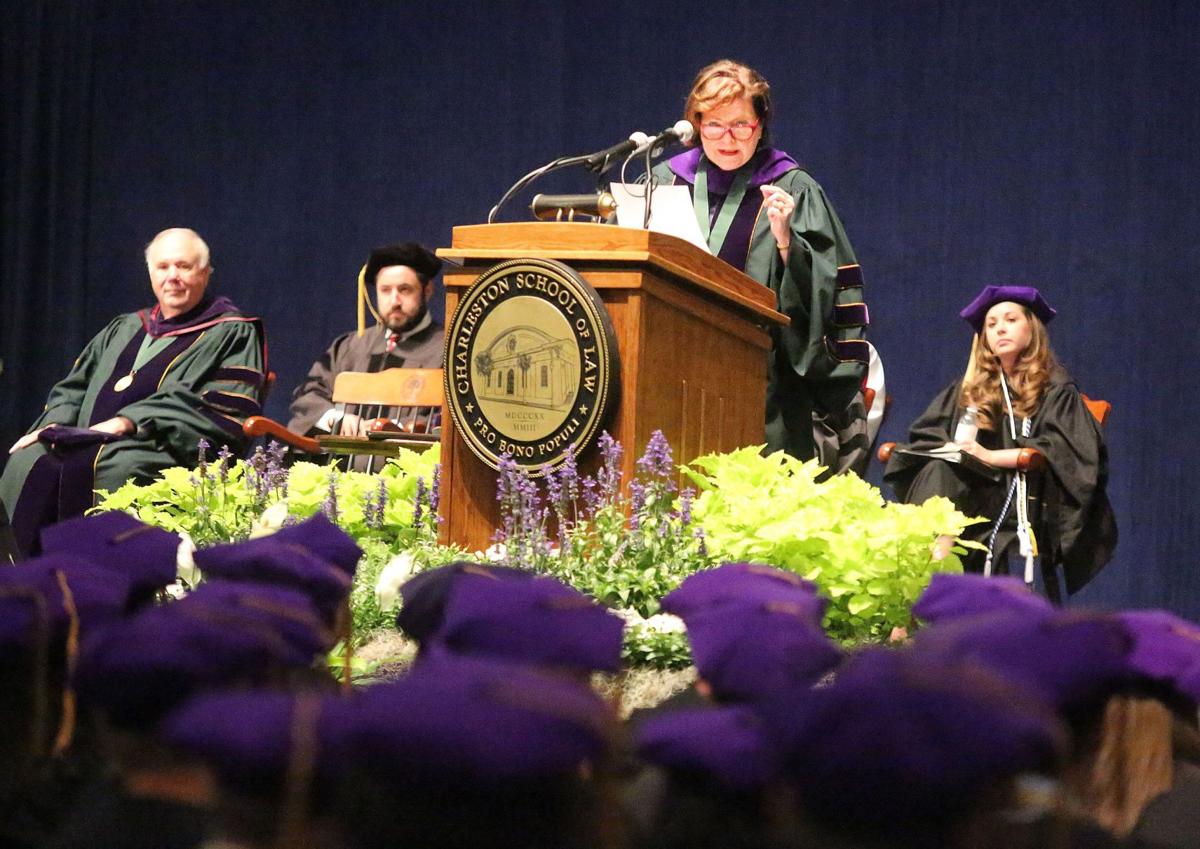 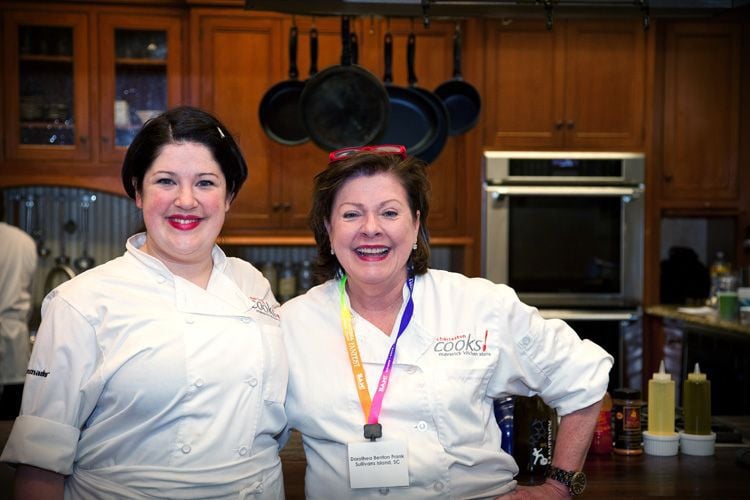 HarperCollins organized a fanfest for Dorothea Benton Frank in 2014. It included a city tour, meals and a sunset reception at Frank’s home on Sullivan's Island. Pictured are Frank (right) and her daughter Victoria Frank. File/Marthanna Yater/Provided

HarperCollins organized a fanfest for Dorothea Benton Frank in 2014. It included a city tour, meals and a sunset reception at Frank’s home on Sullivan's Island. Pictured are Frank (right) and her daughter Victoria Frank. File/Marthanna Yater/Provided

Dorothea Benton Frank, author of 20 novels set in the Charleston area and a beloved figure who for years split her time between Sullivan’s Island and the New York City area, died Monday evening after a brief illness. She was 67.

Her death was confirmed by her daughter Victoria Frank, who said her mother had succumbed to a brief but intense battle with myelodysplastic syndrome, or MDS, a type of cancer similar to leukemia.

Dorothea Frank’s latest book, “Queen Bee,” was published in May and, like so many of her titles, it quickly climbed The New York Times bestseller list, reaching No. 2 — her highest ever.

Many of Frank’s novels have found terrific commercial success. They spin yarns about family love and conflict, friends who leave and return, impressive matriarchs — almost always set in the sands of South Carolina barrier islands. These are, literally, beach reads.

Frank did more than publish books; she cultivated a public persona, promoted the Charleston area, hosted expansive events for her readers and made public appearances at book events. For years, she co-hosted The Post and Courier Book & Author Luncheon. Her fans could be content simply reading her novels, but they often had opportunities to immerse themselves in a Dottie Frank Lowcountry experience.

The author delighted in sharing her cultural and geographical passions, certain that her readers would better appreciate the novels if they could enjoy the sun and sea that provided the settings for her stories.

“It’s simple,” she once told The Post and Courier. “I write about where I want to be. If I’m not there (in the Lowcountry), I want to be there.”

Her editor at William Morrow, Carrie Feron, worked on all of the last 15 books.

“She was a big part of my life,” Feron said. “She was vibrant and fun and fearless. She was a great collaborator.”

Each year around St. Patrick’s Day, Feron would shuttle down to Sullivan’s Island from New York City for a joint copy editing session with Frank.

“She made me fall in love with a little island off the coast of South Carolina,” Feron said. “It’s such a special place, and she was so generous about it.”

The success of her last book, “Queen Bee,” indicated that she had more novels in her, Feron observed. Her death leaves a huge void, she said.

Dottie, as she was called by her friends and family, grew up on Sullivan’s Island, attended Bishop England High School and graduated from William Moultrie High School in 1969. She enrolled at the Fashion Institute of America based in Atlanta, Ga., to pursue her interest in retail fashion, then returned to Charleston in 1973 where she worked as a buyer for Kerrison’s Department Store.

Soon, work took her to San Francisco, then New York City. In 1983 she married Peter Frank and, after the birth of their children Victoria and William, they moved to Montclair, N.J. During her early motherhood, Frank volunteered for several arts and culture nonprofits, helping to raise money and serving on boards. An avid environmentalist who harbored profound respect for the cultural identity of the Lowcountry, she would eventually join the board of trustees of the South Carolina Coastal Conservation League and the South Carolina Historical Society.

In 1993, her mother was diagnosed with cancer and died after several months. Frank’s three siblings wanted to sell the family house on Sullivan’s Island, Vagabond Villa, compounding her distress and sense of loss, according to a 2008 article in The New York Times. She spoke with her husband, an investment banker, about purchasing it, but he was wary of the Lowcountry’s hot summers.

This infuriated Dottie Frank, who decided she would write a book, sell a million copies and make the purchase herself. It took a few years to accomplish her goal, and she never was able to secure Vagabond Villa, but she did succeed in buying a World War II-era, four-bedroom home.

The family conflict over her Sullivan’s Island home lit a creative flame that burned steadily until her death. And it reinforced her passion for this coastal community she called home.

Her first novel, the semi-autobiographical “Sullivan’s Island,” was published in 2000, immediately establishing Frank as a compelling new voice in what was considered “women’s fiction,” perhaps an overly circumscribed label given her storytelling prowess, imaginative plot details and deep interest in historical figures such as Josephine Pinckney (who appears in “The Last Original Wife”) and Dorothy and DuBose Heyward (who are featured in “Folly Beach”).

“Sullivan’s Island” debuted at No. 9 on The New York Times best-seller list and enjoyed numerous reprintings. The titles to follow appeared on bookshelves at the rate of about one per year, demonstrating Frank’s professional discipline and her sustained ability to engage readers.

Cassandra King, a Beaufort-based author and wife of the late Pat Conroy, said Frank was “a force of nature”

“She just had such a big heart,” King said, recalling years of friendship.

They first met when Frank wanted Conroy to write a blurb for “Sullivan’s Island,” King said. Soon after, they all met, and immediately hit it off.

“She and Pat were so funny together,” King remembered. “She called him Fat Boy and he called her The Dotted One.”

Soon after the terror attacks of Sept. 11, 2001, Conroy and King visited the Franks in Montclair. Upon arriving at the house, King heard a buzzing sound inside her luggage and panicked. Had someone planted a bomb? She called for help. Frank sauntered up and nonchalantly flung open the suitcase as King recoiled and squinted in fear.

It was the electric toothbrush.