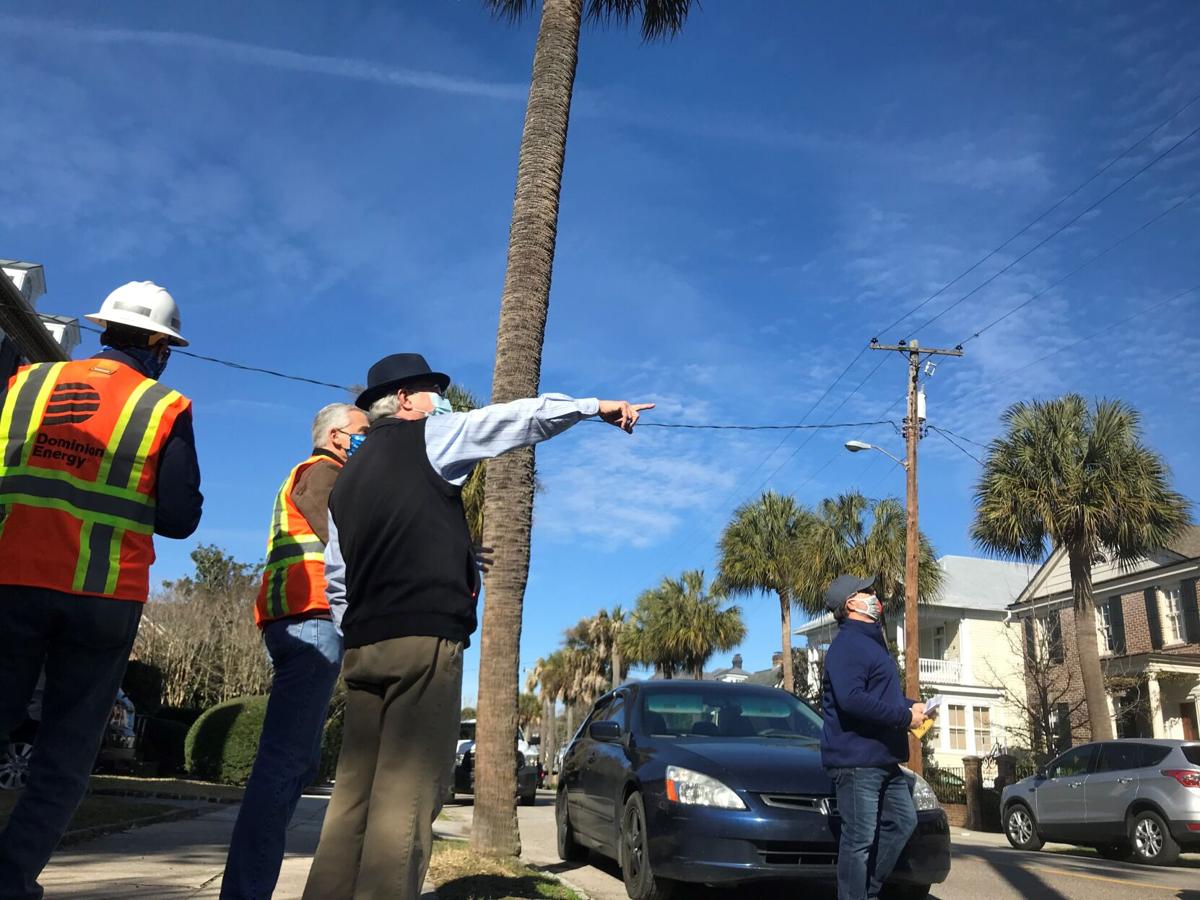 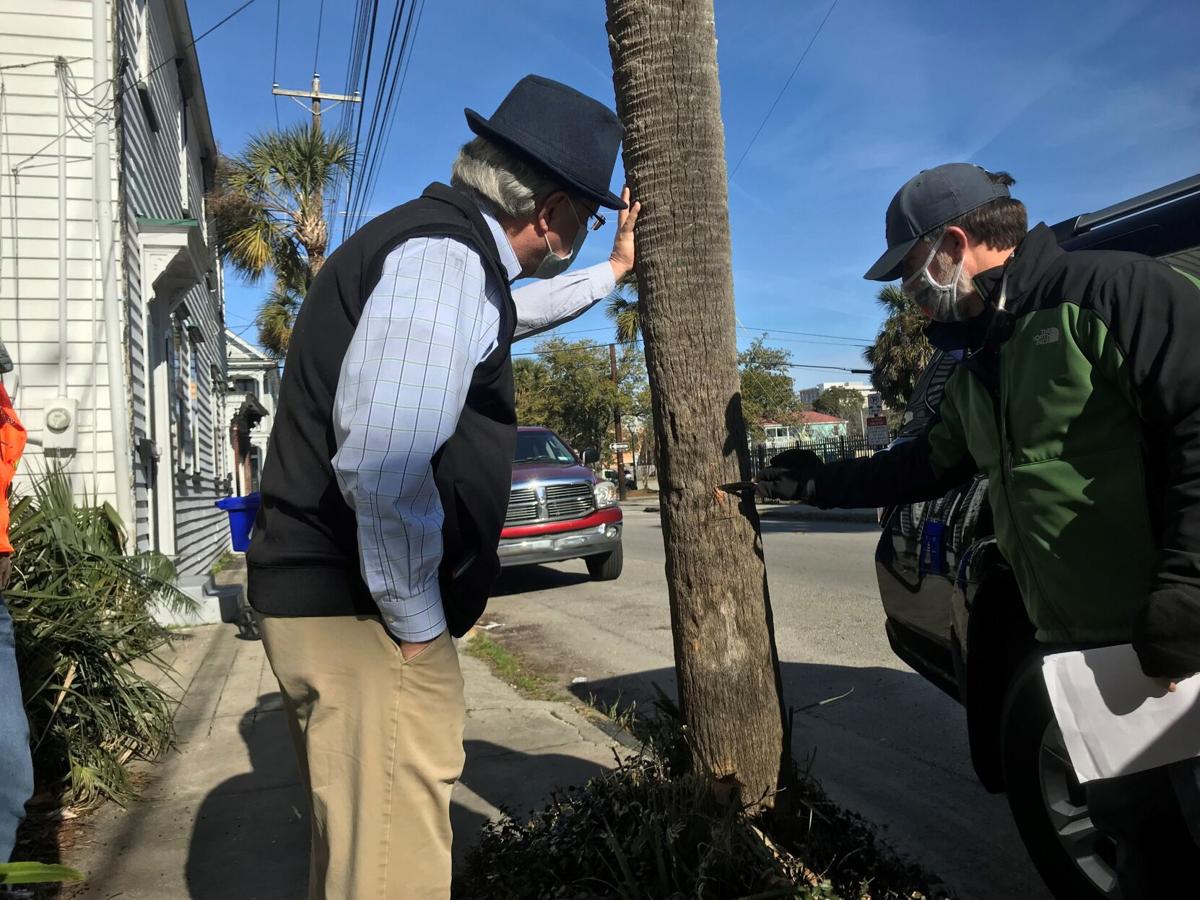 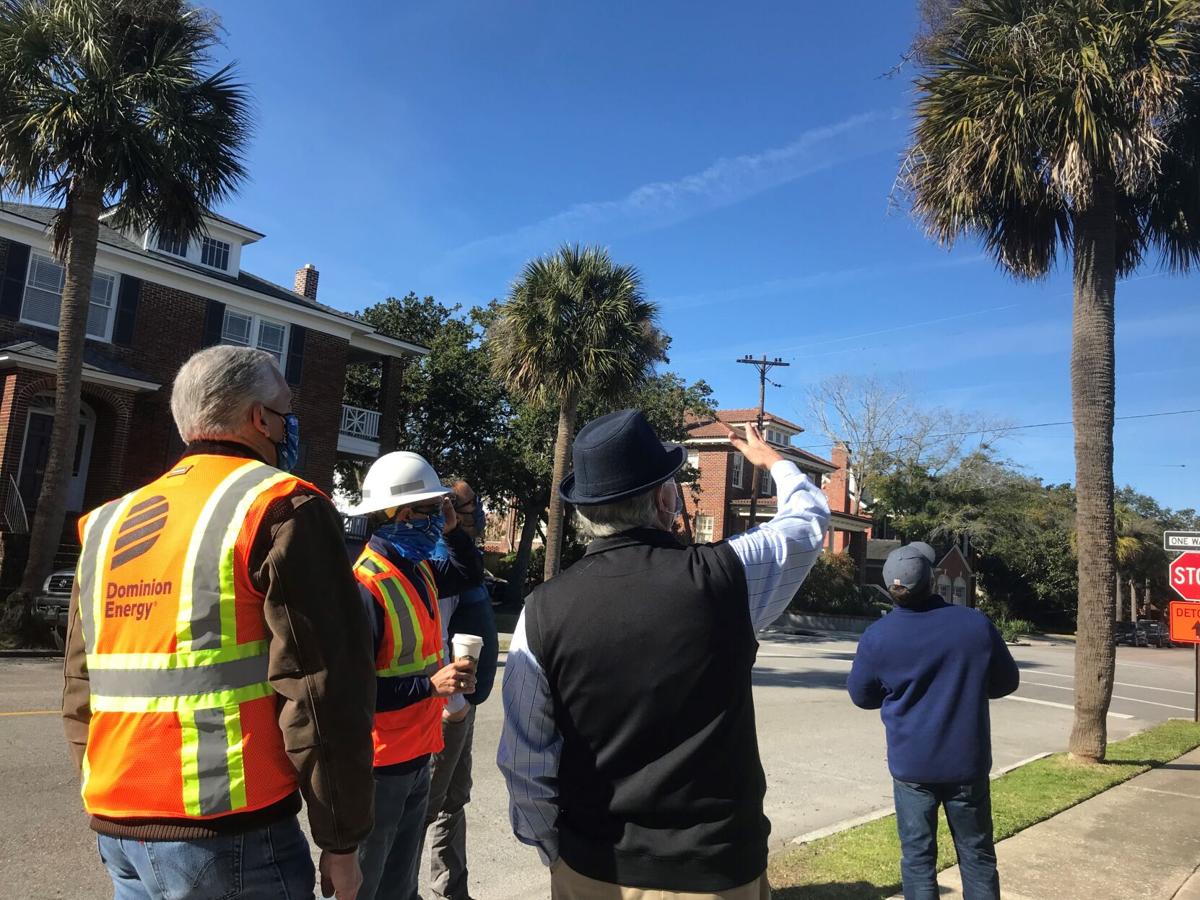 As Dominion Energy begins its next tree-trimming cycle with more than 170 palmettos to be cut away from the Charleston peninsula’s power lines, city officials are hoping to save some of the condemned foliage.

Mayor John Tecklenburg spent Saturday morning walking alongside Dominion’s experts to see which of Charleston’s trees are becoming hazards, and how city leaders can either circumvent the trimming or replace intrusive trees with safer plants.

The utility's tree cutting, done on a five-year schedule, has attracted ire in the past from several communities who don't want to see the greenery go. One group called Stop Dominion formed in protest.

The work in downtown Charleston had already begun, with 50 trees cut. It was halted so that city crews can coordinate to remove the stumps promptly after the cutting, said Jason Kronsberg, the director of the parks department for the city of Charleston.

"We just want to make sure we’re doing it in an efficient manner, and we don't leave a bunch of cut-in-half trees for too long," he said.

The work will happen on the west side of the peninsula. One section slated for cutting is between Line Street, King Street, Calhoun Street and the Medical District; the other is south and east of Colonial Lake: south of Beaufain Street and east of King Street.

While Dominion begins trimming the trees that are growing dangerously close to the overhead wires, Tecklenburg said he’d work with city leaders to greenlight a plan for underground lines so that Dominion could begin burrowing under the trees rather than trimming them.

Tecklenburg said he hopes the city will pen a new ordinance within the next few months, allowing authorities to divide neighborhood-wide initiatives into smaller projects and to hire someone dedicated to overseeing the program. The city and Dominion can then work block-by-block, finding streets that will be easy to dig under and have a high number of trees to preserve.

Those areas, including the stretch of South Battery from Ashley to Rutledge Boulevards, can serve as case studies for city leaders to gauge the projects’ ease and impact.

“This isn’t a work-around-the-edges issue,” said Danny Kassis, Dominion’s general manager of strategic partnerships and renewable energy. “Every day that goes by is more risk … we want to do this cheaply, quickly and safely.”

Where two rows of palmettos currently line the historic street, Dominion’s safety experts have found about a dozen trees that will have to come down out of concern they will knock down power lines and spark fire hazards, causing outages in the process.

Palmettos are an icon in South Carolina — they provide the state's nickname, a point of debate as the state flag is redesigned, and a tropical draw for the many people who visit or move to the coast. They're also hard to trim, as cutting below the growth bud at the center of the fronds kills the tree.

They weren't always the main street tree in downtown Charleston. In the 1800s, city leaders opted for different species with broader canopies to shade the streetscape, historian Nic Butler has told The Post and Courier; the palmetto saw a surge in prominence later, in part, because Charleston was trying to market itself to tourists after World War II.

Trimming that would inevitably kill the palmettos gives the city an opportunity to reconsider what trees should be placed in the street, considering shade, growth rates and the ability to suck up water, said Councilman Mike Seekings. Seekings' district will include much of the cutting.

"We planted numerous trees around the city after Hurricane Hugo," he said. "Some, it turns out now 30 years later, were the appropriate tree to plant, and some weren't."