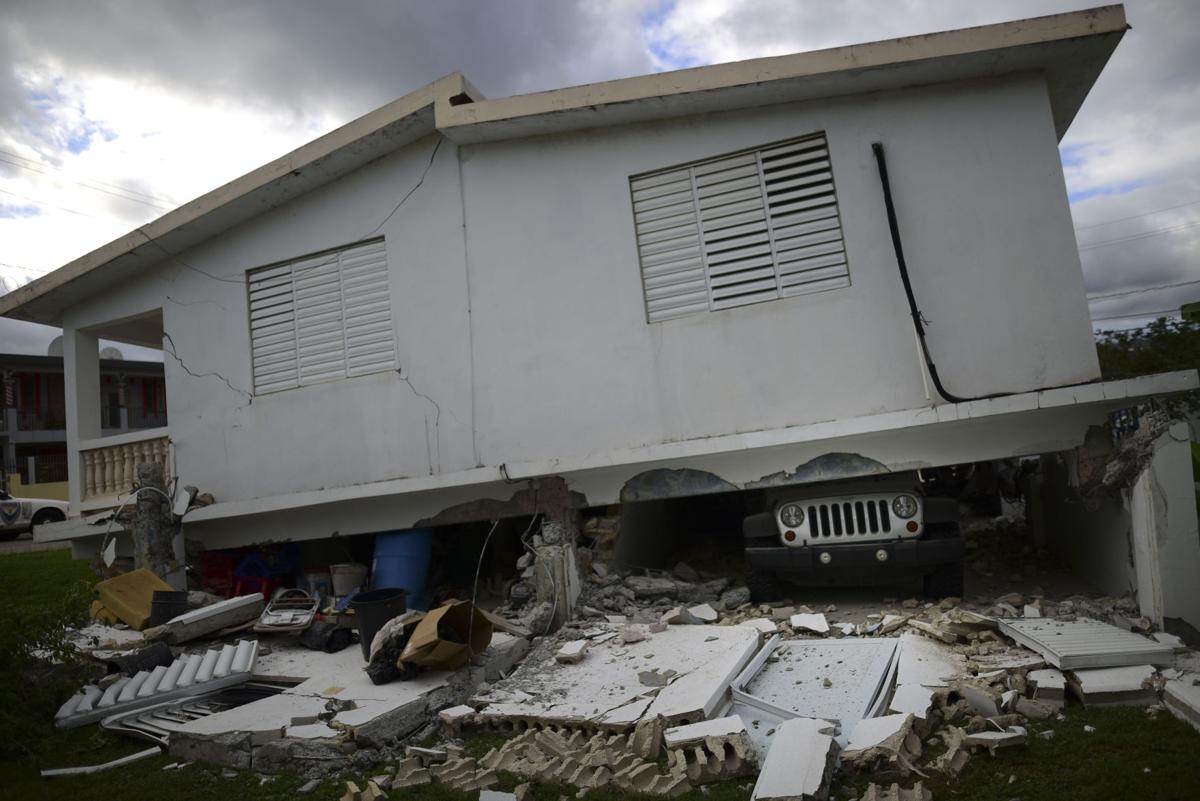 A car is crushed under a home that collapsed after the previous day's magnitude 6.4 earthquake in Yauco, Puerto Rico, on Wednesday, Jan. 8, 2020. File/Carlos Giusti/AP 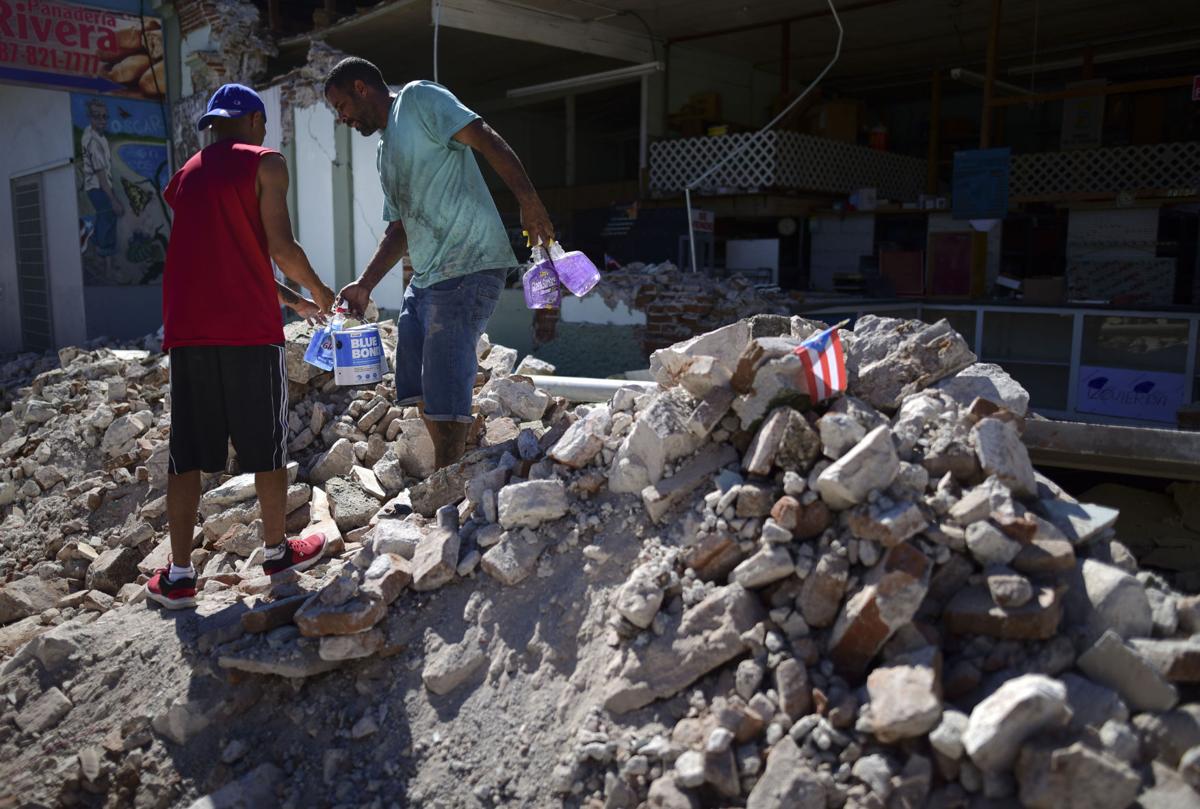 Store owners and family help remove supplies from Ely Mer Mar hardware store, which partially collapsed after an earthquake struck Guanica, Puerto Rico, on Tuesday, Jan. 7, 2020. A 6.4-magnitude earthquake struck Puerto Rico before dawn that day, killing one man, injuring others and collapsing buildings in the southern part of the island. File/Carlos Giusti/AP

At least 11 minor earthquakes shook below or just off the southern coast of Puerto Rico on Tuesday — the latest in a run of quakes following a series of crippling major temblors in January.

Meanwhile, South Carolina has been shaken by 10 minor quakes in the past five months, including three around Columbia since Jan. 1, according to the U.S. Geological Survey.

None were around Charleston where there is a web of fault zones that triggered the Great Earthquake of 1886.

So is Charleston due? No more than usual.

Earthquakes, particularly smaller quakes, appear to occur in clusters, although research continues on that.

Minor temblors rattle the Charleston area, as well as the region, all the time. Eight have occurred in the state in the past year or so, but none reached the 2.5 magnitude level where the rumble would expect to be widely felt.

A quake usually must reach around magnitude 5 before any serious damage would be expected.

The coastal area around Charleston is particularly vulnerable to quakes where three faults underground converge on each other somewhere below the Ashley River near Middleton Place. It's the edges of tectonic plates pressing against each other.

That was ground zero for the 1886 quake, a 7.3 magnitude temblor considered the worst recorded in the eastern United States. That cluster of quake and aftershocks killed 100 people, leveled nine of every 10 brick buildings in Charleston and damaged nine of every 10 in Summerville.

"None of the earthquakes that have recently happened in the Caribbean have any impact on the earthquake hazard here; they are just too far away," said Steve Jaume, a College of Charleston geology professor who tracks temblors as part of the South Carolina Earthquake Education and Preparedness program.

"From what I can tell, the ongoing aftershock sequence is decaying very slowly and the larger aftershocks, like the magnitude 5.0 on February 4th, are really rattling nerves down there and even adding a little to the damage," he said.

As a comparison, the main shock of the Great Earthquake in Charleston occurred Aug. 31, 1886; the last magnitude 5 or stronger aftershock occurred Nov. 5 of that year.

"Extended earthquake sequences are extremely stressful for those experiencing them," Jaume said. "My guess is folks in the Charleston area would have been pretty stressed by then."

One of the quakes in the ocean off Puerto Rico in January was more powerful than the Great Charleston quake. The 7.7 magnitude was strong enough that a sensor at the College of Charleston picked up the tremor.

Only about 20 of that strength occur worldwide each year. But the Caribbean Sea and its islands are prone to quakes that strong.

"In general, the Caribbean is a pretty active earthquake region," Jaume said, although many of those quakes occur offshore and aren't so devastating as the recent Puerto Rico quakes.