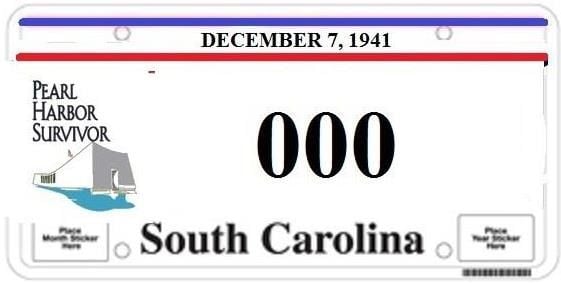 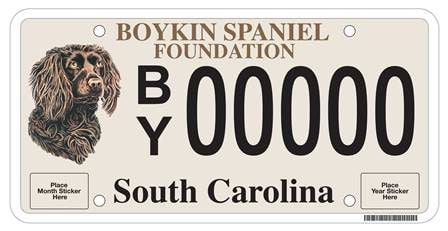 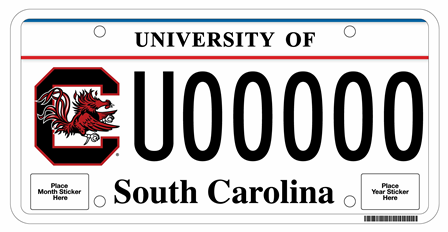 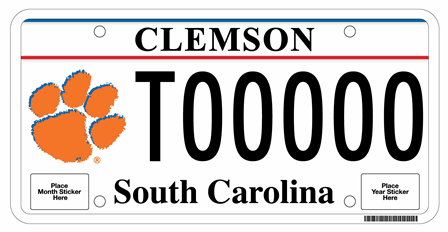 Do you want to declare your undying loyalty to Jimmy Buffett? There’s a license plate for you, Parrothead.

It raises money for Alzheimer’s research.

Or are you gaga for the National Wild Turkey Foundation (birds, not bourbon)? There’s a plate for that, too.

Whatever effort you support, chances are you can declare your allegiance with a 12 inch-by-6 inch proclamation on the back end of your vehicle.

In South Carolina, there are nearly 400 different license plates available for motorists to show their support of organizations that include charities, nonprofits, colleges and sports teams. That's about double the number available in North Carolina and 100 more than Georgia offers.

License plates can be authorized by the General Assembly, as in the case of the national champion commemorations for Clemson football, Carolina women's basketball and Coastal Carolina baseball, or an individual or nonprofit organization can pony up $6,800 to sponsor their own.

License plates are required on all vehicles. In South Carolina, the vehicle registration fee, which is good for two years, increased this year from $24 to $40 with discounts for the elderly or disabled. That fee will get you the standard-issue plate, which currently features an orange sunrise behind a dark blue palmetto tree and crescent.

But that plate is on a “rolling re-issue,” meaning that once you've had it for 10 years you'll get a new one: the dark blue and white plate with the state motto, “While I breathe, I hope," which also features a palmetto and crescent.

There are currently more than 1.6 million vehicles with the sunrise plate and 780,000 of the new plates on the roads, but the sunrise plates should be gone by 2027, said Department of Motor Vehicles spokeswoman Lauren Phillips.

If you're not a standard-issue type of person, you can can opt for a specialty plate. Most of them cost an extra $25 to $75 for two years in addition to the normal registration fee.

“Specialty plates are more expensive than a regular plate, but it’s a way vehicle owners show their personality and have some fun,” Phillips said.

The organizations determine the price the public pays for their plate, and, in most cases, a portion of the fee goes to the organization's causes.

The Ancient Free Masons plate, for example, raises money for the Scottish Rites Foundation of South Carolina for disaster relief and speech and language therapy for preschool children.

Even though the plates are, for the most part, available to anyone, only about 5 percent of the state’s 3 million private-passenger vehicle owners take advantages of the program, Phillips said.

Some plates — Alpha Kappa Alpha sorority and those for military service, for instance — require proof of membership.

To qualify for the Pearl Harbor Survivor plate, owners have to certify that they served honorably during the Dec. 7, 1941, bombing of Pearl Harbor. Four of these grace cars in South Carolina.

But anyone can support the Rocky Mountain Elk Foundation, the Boy Scouts of America or the Special Olympics.

Many of the state's symbols and emblems are represented on plates, and more than 25 colleges and universities offer tags.

As of the end of January, the most popular specialty plates were for University of South Carolina, which is sported by 7,819 vehicles, and Clemson University, on 6,558 cars.

But you aren’t limited to colleges within our borders. South Carolina offers license plate tributes to the likes of Appalachian State University, Purdue or Ohio State University.

Behind Carolina and Clemson, the third most popular specialty plate is one that supports public education. There are currently 4,143 “apple” plates on vehicles statewide, a portion of the fee goes to the Public Education: A Great Investment Fund to buy computers for classrooms.

Many people also like to proclaim their love of the state dog. The Boykin Spaniel Foundation plate, supporting genetic research and health clinics, is displayed on 549 cars.

“Powering the Palmetto,” honoring the state’s electrical linemen, is being offered for the first time this year and has already been purchased 13 times, according to the DMV.

“At the same time, there are many plates that people will rarely see on South Carolina roads,” Phillips said. That includes the “mayor” plate, owned by only two city leaders statewide.