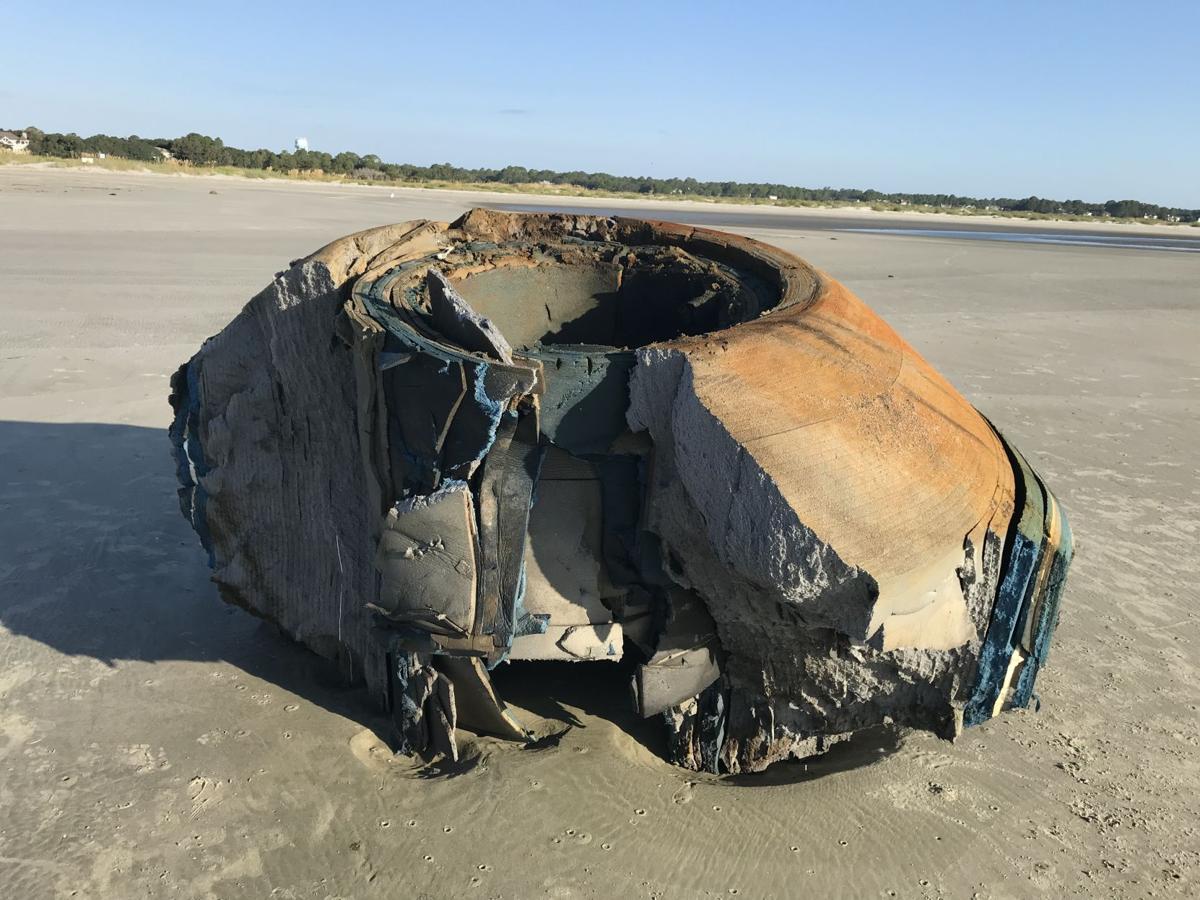 The Lowcountry Marine Mammal Network and officials from the town of Seabrook Island say they are stumped as to the origin of this 200-some-pound mass that washed up on the beach Thursday, Oct. 4. It was transported to a maintenance site. Lauren Rust/Provided 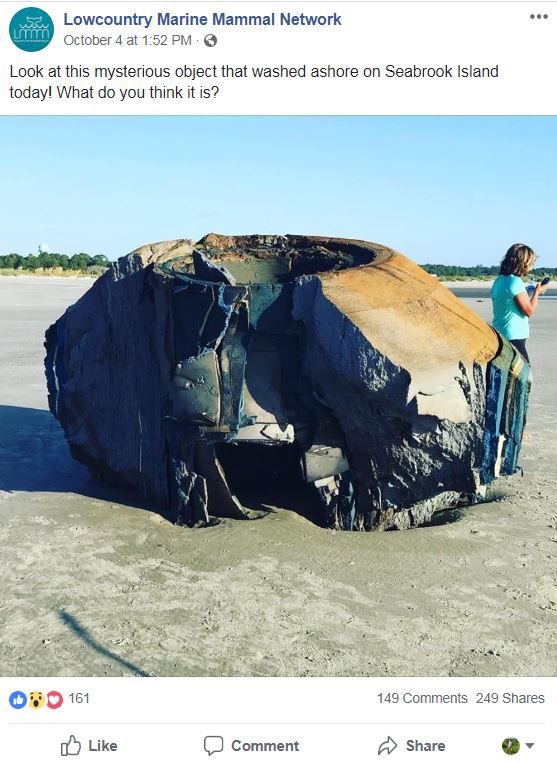 A screenshot of a Facebook post Oct. 4 from the Lowcountry Marina Mammal Network. "Look at this mysterious object that washed ashore on Seabrook Island today!," it reads. "What do you think it is?"

The Lowcountry Marine Mammal Network and officials from the town of Seabrook Island say they are stumped as to the origin of this 200-some-pound mass that washed up on the beach Thursday, Oct. 4. It was transported to a maintenance site. Lauren Rust/Provided

A screenshot of a Facebook post Oct. 4 from the Lowcountry Marina Mammal Network. "Look at this mysterious object that washed ashore on Seabrook Island today!," it reads. "What do you think it is?"

It's a mystery of the sea, officials say, that may never be solved.

Since Thursday, when a buoyant 200-some-pound mass washed up on the Seabrook Island shoreline, community members have become captivated by the dense foam object that has sparked widespread debate on social media about its origin.

Officially, authorities in this beach community 20 miles southwest of downtown Charleston will say only that it looks like a harmless flotation device. But they can't be sure.

And without concrete answers, the guesswork has been varied, far-reaching and downright outrageous at times — but entertaining nonetheless, said Lauren Rust, a marine biologist who was among the first at the scene when the object washed ashore.

Rust, executive director of the Lowcountry Marine Mammal Network, shared a photo of the object on the group's Facebook page Thursday. By Monday afternoon, the photo had been shared 249 times and had garnered at least 149 comments.

From the depths of the sea to the outer reaches of space, the comments, which included plenty of exclamation points, left little ground uncovered.

"The Death Star!" said one person, referring to the "Star Wars" spacecraft.

"It's clearly a sea turtle!"

Rust was working on the beach Thursday. It was around 9:30 a.m. when she said she spotted the mass from afar. Squinting into the distance, she recalled, Rust couldn't make out what was about 1,000 yards in front of her.

The marine biologist approached the mass. There were already several spectators gawking and snapping photos, and at least one Seabrook Island town official was there, as well.

"There's no metal on it. The whole thing is just layers of foam," Rust said. "It also doesn't look like it's been in the water that long. You'd think if it were in the water (for a long period of time), it would be covered in barnacles and all sorts of (sea life)."

The widespread interest in the object took Rust by surprise, she said, though the insight and amateur sleuthing from across social media has been appreciated.

To Rust, the object resembles a part of a large buoy or other flotation device, though she said she doesn't know for certain, nor do town officials who also inspected it.

From the time Rust and others arrived, it would take roughly an hour before the unidentified object would be loaded onto a flatbed truck and transported to a town property owners' association maintenance site.

"We didn't see anything around (the object) that would indicate there was anything unsafe about it," Rust said, adding that no special precautions or measures were necessary after it was hauled away.

"We get stuff that washes up all the time. Just in the last few months we've had docks (and) dead animals," he said. "It's basically just a giant chunk of foam."

Town officials phoned the Coast Guard to inquire as to whether it was believed to be a piece of rogue equipment or boat piece. It wasn't.

"Unless someone claims it as theirs," Cronin said, "we probably won't have certainty one way or the other."