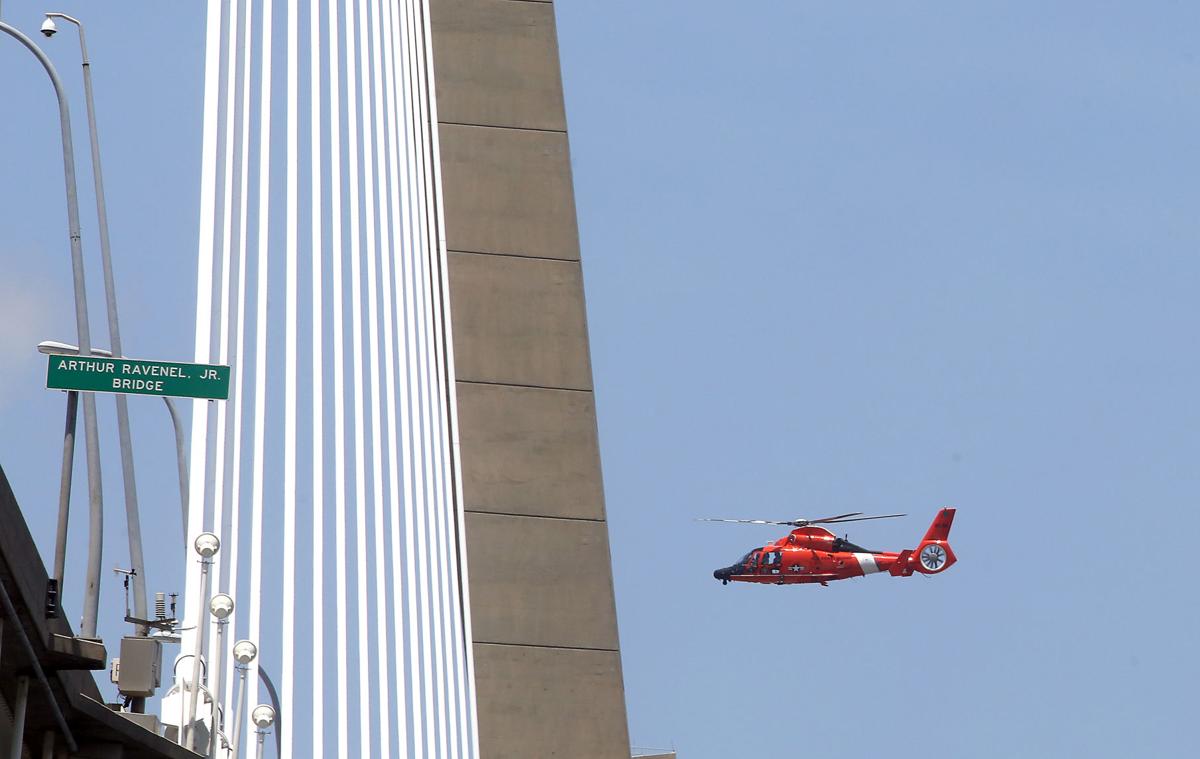 The Coast Guard searched June 26, 2020, for Elijah "Nicky" Weatherspoon, an 18-year-old who fell off a boat. An autopsy indicated the teen died from asphyxiation due to drowning. File/Brad Nettles/Staff 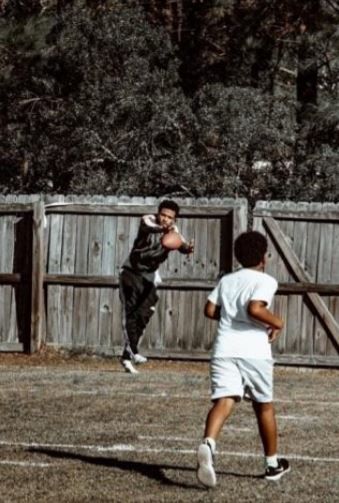 Nearly five months after a Black teenager drowned in Charleston Harbor, raising community concerns over foul play, an investigation has concluded that his death was not a homicide.

A 561-page report by the State Law Enforcement Division laying out the investigation's findings was not available Thursday night.

Tommy Crosby, a SLED spokesman, said the report would be made available pending family notification.

But a letter sent earlier in the day to SLED Special Agent Richard Johnson by 9th Circuit Solicitor Scarlett Wilson lays out some basic details. SLED investigated Weatherspoon's death, but it's up to the solicitor to determine whether criminal charges are warranted based on that investigation. 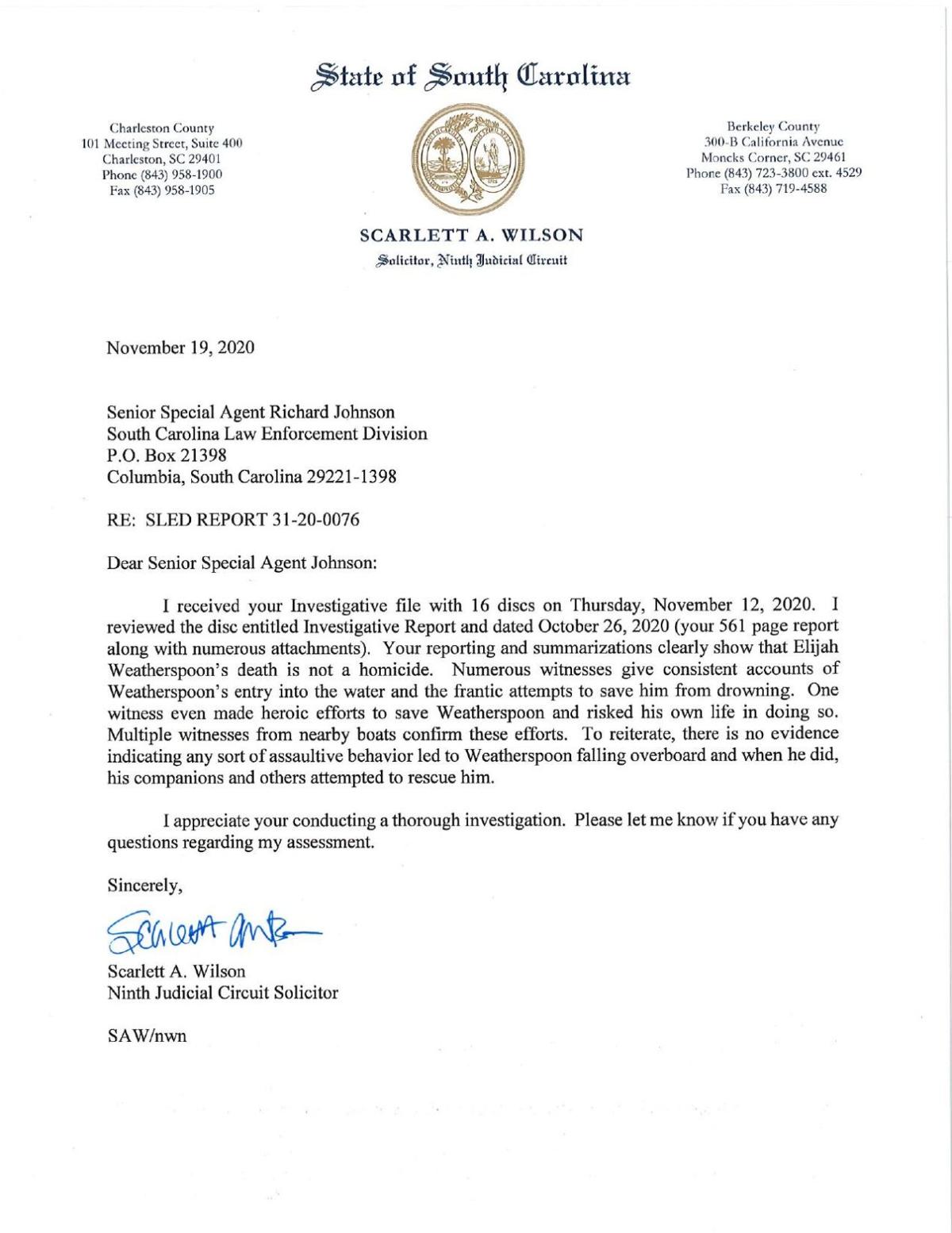 "Your reporting and summarizations clearly show that Elijah Weatherspoon's death is not a homicide," Wilson wrote. "Numerous witnesses give consistent accounts of Weatherspoon's entry into the water and the frantic attempts to save him from drowning."

Lawyers representing the Weatherspoon family had not issued a statement regarding results of the investigation by Thursday evening.

The letter states that one witness made "heroic efforts" to save the young man and risked his life during those attempts, according to the letter. These attempts to save the teen were confirmed by multiple witnesses from nearby boats.

"To reiterate, there is no evidence indicating any sort of assaultive behavior led to Weatherspoon falling overboard and when he did, his companions and others attempted to rescue him," the letter said.

Weatherspoon, 18, drowned in the Cooper River near the Arthur Ravenel Jr. Bridge on June 25. He had been on a boat with eight other people. His body was recovered three days later near Sullivan’s Island.

Investigators said the North Charleston teen jumped from the vessel without a life vest, and an autopsy concluded he died of asphyxiation due to drowning. But few other details about why it happened have been released.

The teen's family and many in the community questioned the initial account of his disappearance and called for a stringent investigation. On social media, his family claimed there may have been foul play involved. They hired attorneys to represent them.

In early July, SLED took over the investigation.

In the months that followed, virtually no new information was learned about Weatherspoon's death or how the investigating was progressing.

Protests and rallies were held in the Lowcountry and in Columbia. Many expressed outrage that the family had gone so long without clear answers from law enforcement.

Nearly 250,000 people signed a petition demanding a more thorough investigation, pointing to conflicting accounts of how Weatherspoon ended up in the water and went under.

As the investigation proceeded, SLED officials told The Post and Courier the agency was committed to running a thorough, fair and unbiased investigation.