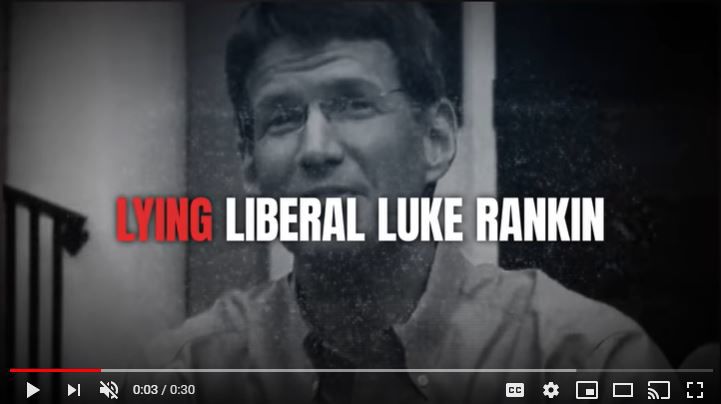 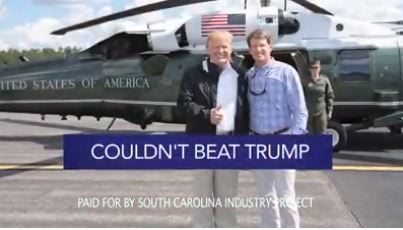 The large amount of money spent on the primary runoff between state Sen. Luke Rankin, R-Conway, and his opponent, John Gallman, highlights the outsize role that so-called dark money groups can play in state elections in South Carolina.

Additional money was likely spent on radio, mail and Facebook advertisements, but it's nearly impossible to accurately track and total how much was dropped on those forms of messaging.

Combined, the organizations were able to spend more than three times what Rankin was able to raise for his own campaign. That's because people who give directly to candidates are subject to contribution limits in South Carolina, whereas these groups are not.

Over a two week period leading up to the June 23 runoff, the dark money groups swamped television viewers near Myrtle Beach with nonstop ads. Many of them attacked Rankin on issues like guns, abortion, taxes and immigration.

In the end, Rankin maintained his seat in the Legislature. He won the runoff by roughly 1,824 votes.

But the larger issue remains: Wealthy individuals and corporations can target whoever they want in South Carolina. They can drop unlimited amounts of money to try to defeat lawmakers who stand in the way of their legislative goals.

All the while, they can obscure their identities behind nonprofits, shell companies and fly-by-night organizations.

Groups that advocate for more transparency argue the system allows powerful individuals and special interest groups to try to buy the election results they want while keeping the public blind to their involvement.

"It undermines the integrity of the democratic process, because, very clearly, the organizations that are the sponsors of these TV ads are not the real source of the messaging," said Austin Graham, an attorney with the Campaign Legal Center. "There are individuals somewhere behind that who are playing out an agenda and playing out a strategy."

Graham, who focuses on strengthening state campaign finance regulations, doesn't understand why South Carolina legislators don't want to reform the state's laws. Lawmakers who benefit from dark money during one election cycle, he pointed out, can just as easily become the target of another group of anonymous donors in the next.

"It's only when the tables are turned and they are the target of one of these dark money attack campaigns that lawmakers see this as a problem," Graham said.

"It's pretty clear that there is political money laundering going on in South Carolina, and one day it will come for you," he said.

Leaving citizens in the dark

This type of unlimited spending in state elections is not unique to South Carolina. It's becoming increasingly common throughout the country.

But the system is particularly bad here because of the state's weakened campaign finance laws.

South Carolina is one of only three states — along with Alabama and Indiana — that does not track or police this type of political advertising in any way. That's according to the Campaign Finance Institute, a group that monitors election spending throughout the country.

Several other states also allow groups to hide the names of their donors. But 47 states require at least some type of public disclosure that details how much each political organization spends on ads explicitly advocating for or against a candidate's election.

None of that happens in South Carolina.

Take the three groups involved in Rankin's runoff. They didn't file a single piece of paperwork with the S.C. Election Commission, the agency responsible for regulating campaign spending. That's because state lawmakers have not updated the laws to require it.

The only way The Post and Courier was able to track spending by the three groups was through political advertising contracts, which cable providers and local broadcast stations file with the federal government.

Those advertising records provide a small glimpse into how much cash the groups are throwing at elections. But it does almost nothing to inform the public about who is leading the groups, where their money is coming from or why they may have a particular self-interest in unseating one of the state’s most powerful legislators.

"One of the most fundamental questions that you should be able to answer as a citizen is how much money is being spent on your elections," said Pete Quist, a research director at the Campaign Finance Institute. "Not being able to see this independent spending means you can't answer that question."

The way these groups are formed make it extremely difficult to learn anything about them.

The South Carolina Jobs Coalition and South Carolina Industry Project were used by anonymous donors to target state races in past years, too. They come alive during each election cycle, flush with a new wave of cash.

The South Carolina Conservatives Fund LLC, which is registered in Ohio, didn't exist until June 11, two days after Rankin's primary race entered the runoff. Yet, over the next two weeks, it bought up more than half a million dollars in television spots.

In those ads, the group listed a location in Greenville as its address, but the owner of that building told the Myrtle Beach Sun News that he's never even heard of the South Carolina Conservatives Fund or Rankin.

Rankin, who has been in the Legislature for 27 years and has held the influential judiciary gavel for the past three, presides over issues that pit two of the state's most well-funded interests against each other: pro-business groups and trial lawyers.

As a personal injury attorney, Rankin is viewed as more amenable to the trial lawyers, who prefer liability regulations that make it easier to file and win lawsuits against businesses. That makes him an occasional foe of some of the state's largest corporations.

Robert Cahaly, an adviser to the South Carolina Industry Project, confirmed his group, which is set up as nonprofit, spent money on two ads supporting Rankin.

He also said the money the group raised came exclusively from contributors within South Carolina.

"We're not spending a nickle in out-of-state money," he said. "We didn't do anything sketchy."

It's impossible for The Post and Courier to confirm if that is true, since the group is not required to disclose that information.

Rankin was the biggest target during this year's primary election, but he is hardly the first South Carolina lawmaker to feel the wrath of anonymous donors.

Similar groups dropped millions of dollars on South Carolina's most recent gubernatorial race in 2018, one of the most expensive contests in state history. That included more than $1.7 million in outside spending that assisted Gov. Henry McMaster.

Similar spending also played a significant role in 2016 when state Sen. Larry Martin, R-Pickens, was running for his 13th term in the Legislature.

In that case, a group called Better Future for Our Community spent roughly $200,000 attacking Martin in the lead-up to his primary runoff.

Martin, who served as Senate Judiciary Chairman before Rankin, ultimately lost to his opponent, Rex Rice, in that election.

At that time, Martin had no idea who was behind the outside spending. But that changed in 2018.

In Charleston school board race, one dark-money group spent big and won

A state grand jury investigating corruption in the Legislature released a report that outed the South Carolina Association of Justice — a collection of trial attorneys — as the real power behind Better Future for Our Community.

It was a rare peek into how these dark money organizations operate, and it provided a prominent example of how special interest groups mask their identity while spending huge sums of money to influence voters.

The members of the state grand jury went so far as to call on state lawmakers to require more transparency and accountability for the outside groups spending money on state elections.

But as Rankin's race proved, nothing has changed.

A state for sale?

Rankin could play a huge role in strengthening the state's campaign finance laws now that he retained his seat in the Legislature. No Democrat filed.

Any bill attempting to increase disclosure requirements for dark money groups would need to go through the Senate Judiciary Committee, which Rankin has immense influence over as the chairman.

In an interview, Rankin said he has long been opposed to dark money and his "surreal, strange" experience as the target of it did not change his views.

"I am no more emboldened to do it than before," Rankin said. "This can't be about, 'Luke Rankin is upset' or 'fill-in-the-blank is upset.' It's not about me. It's about us as a state being for sale to the highest bidder. Why would we not want to find out (who is funding the ads) and that be required?"

Rankin is not the first influential lawmaker to back restrictions on dark money only to see the issue fail to gain traction.

Senate Finance Committee chairman Hugh Leatherman, arguably the most powerful politician in the state, introduced his own bill to regulate dark money years ago after he was subjected to significant outside spending in his own 2016 GOP primary.

But even Leatherman, R-Florence, could not get the measure to move out of a judiciary subcommittee. Leatherman would still support increasing transparency on dark money, a spokesman said.

"You can't just sit and watch injustice take place," Rankin said. "You've got to speak because, while you're not necessarily in the crosshairs at this point, in time it will be about you."

Rep. Gary Clary, R-Clemson, has been one of the most outspoken proponents of reforming the state's laws. But Clary, who is leaving public office in November, is unsure if the Republican-led Legislature is truly serious about fixing the holes dark money groups use to escape public scrutiny in South Carolina.

"These groups know no bounds, and until we have better reporting, it's only going to continue to get worse," Clary said. "What this says to me is that the General Assembly is OK with it, because they continue to allow it, in spite of the fact that every two years we go through this same insanity."