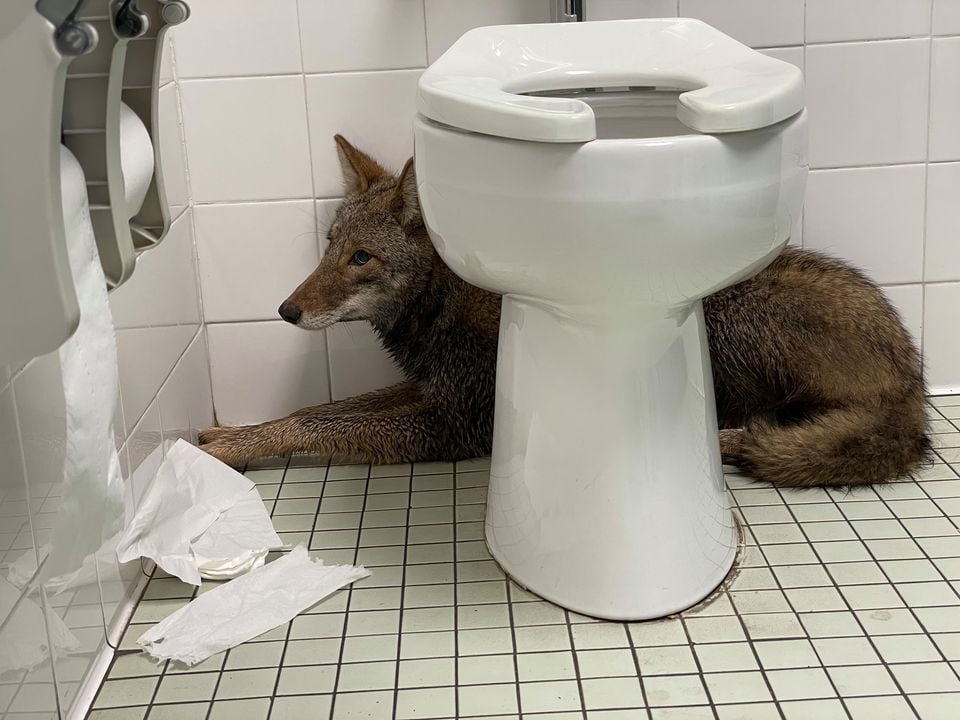 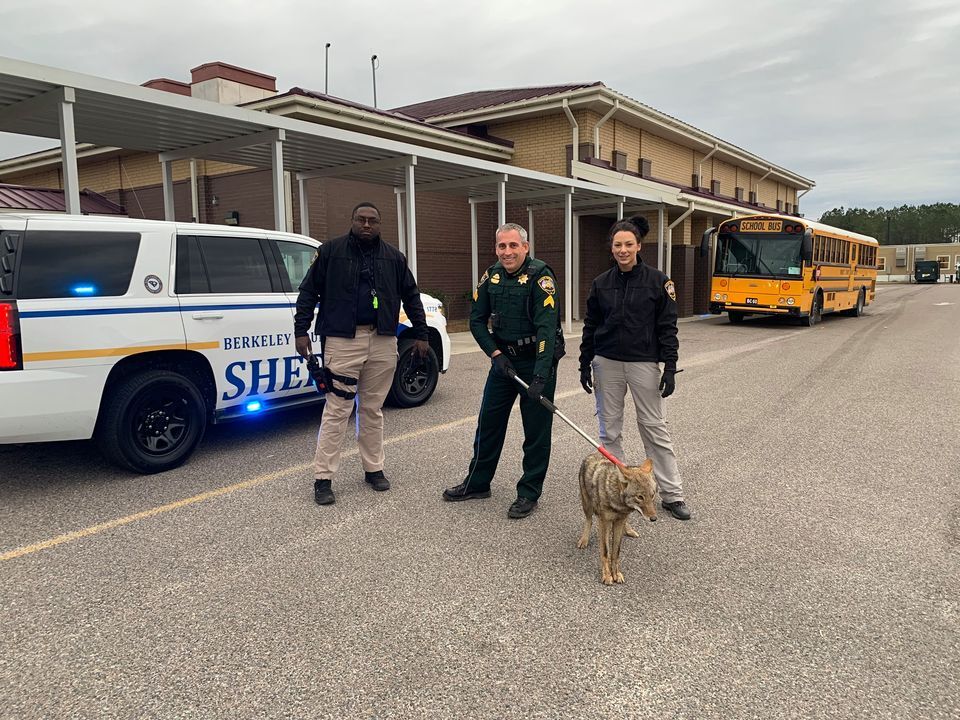 Berkeley County deputies turned this coyote over to the S.C. Department of Natural Resources on Wednesday, Jan. 20, 2021. Provided.

Berkeley County deputies and Cane Bay Elementary School staff members got a little surprise Wednesday morning when they discovered a coyote in one of the school’s bathrooms.

In a social media post, the Sheriff’s Office said the coyote was found during the early morning drop-off period.

Deputies and staff worked together quickly to remove him from the school without incident or injuries.

"At first the deputies thought it was a dog, but realized pretty quickly it was a coyote," said sheriff's spokeswoman Carli Drayton. "They cornered the coyote in the bathroom, it was all over pretty quickly."

There has been an increase in coyote sightings in the area, especially in Mount Pleasant and on Sullivan’s Island and Isle of Palms, where the animals are known to prey on turtle nests. But the animals are seen in increasing numbers in the North Area.

The S.C. Department of Natural Resources has called on hunters to help control the coyote population throughout the state.

The coyote was euthanized Wednesday afternoon because it is an invasive species in the area, DNR said.