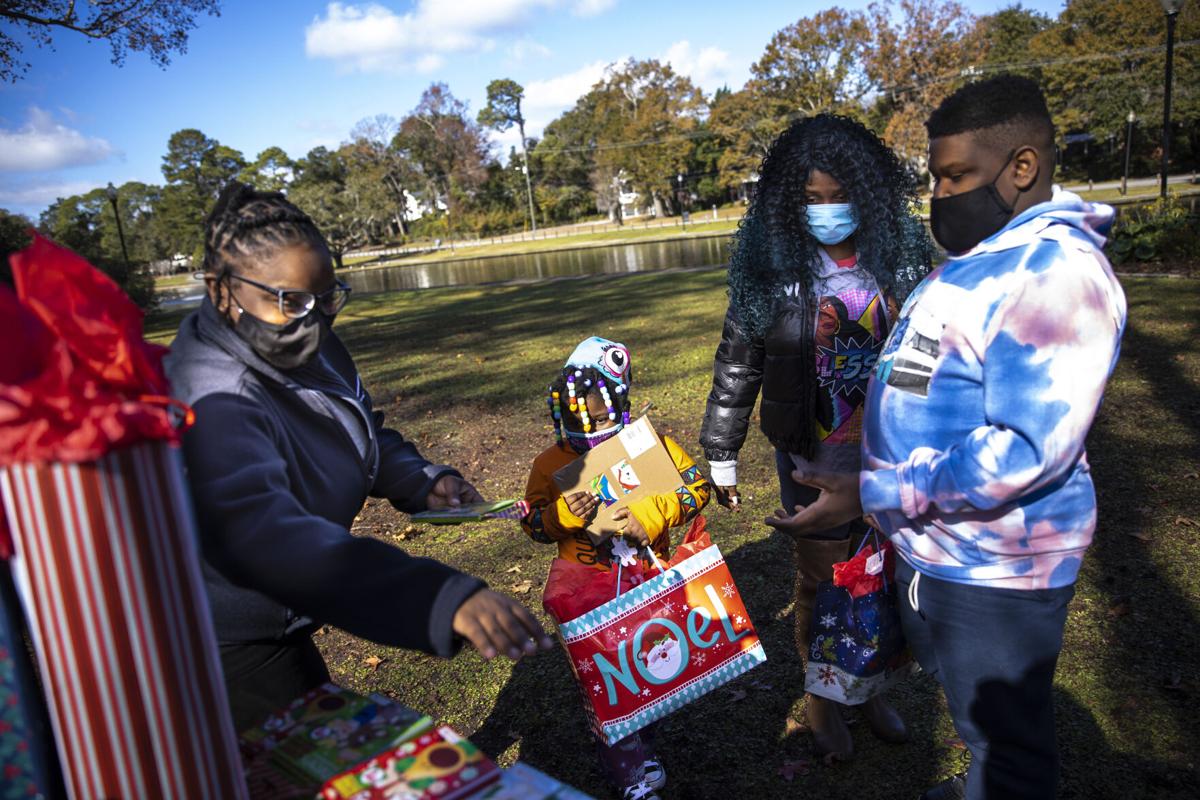 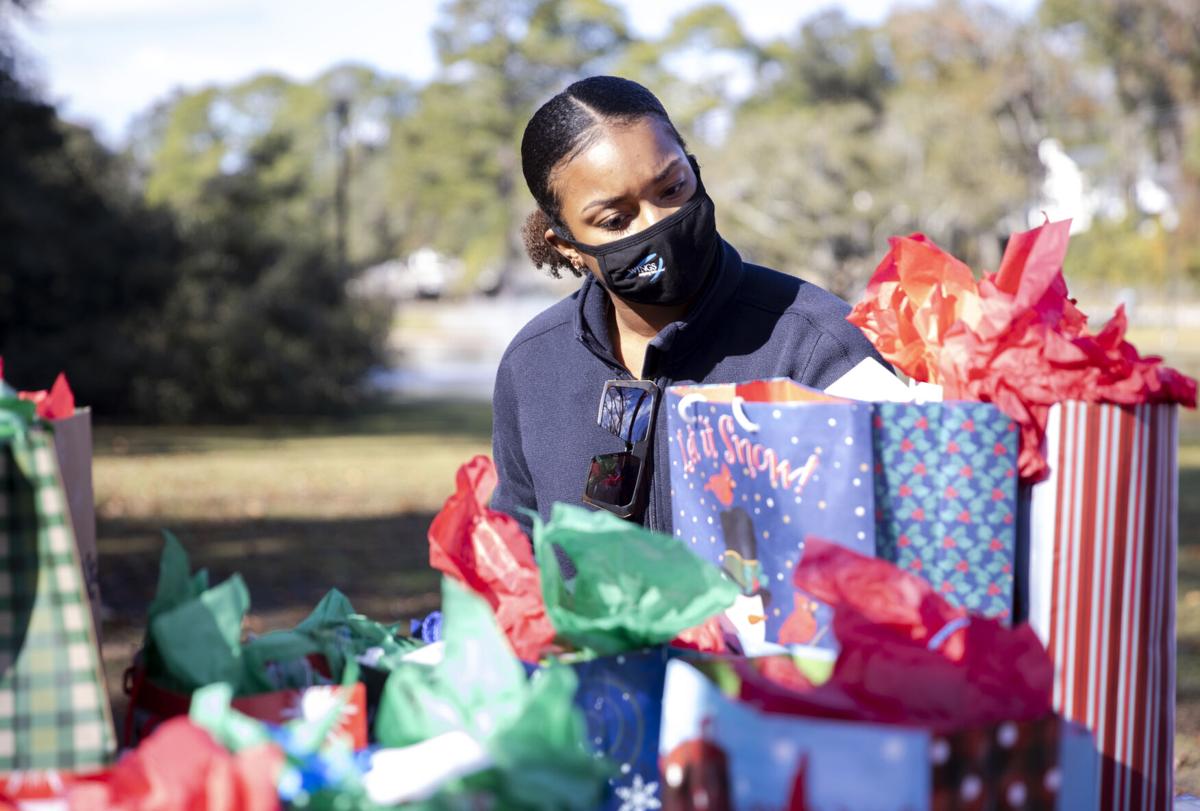 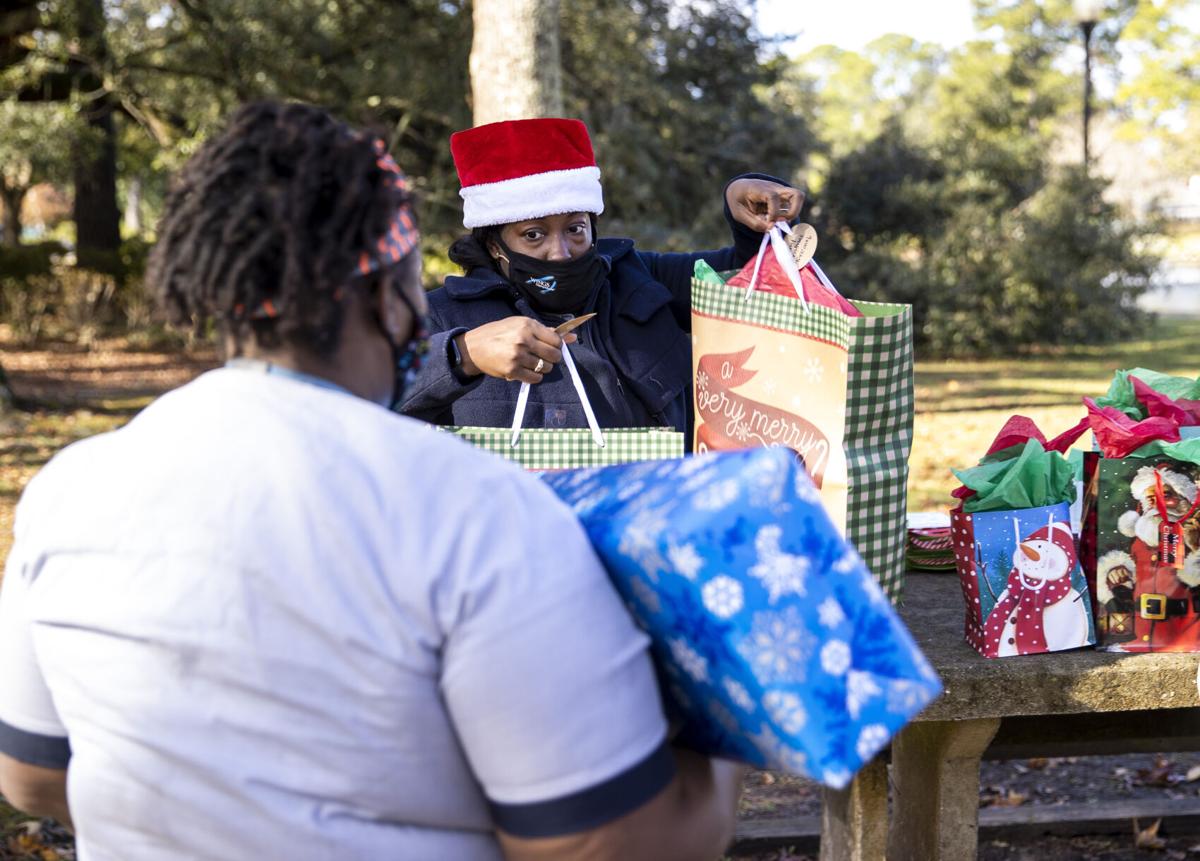 The pandemic has resulted in unprecedented trauma and stress for students, parents and teachers alike this year.

Some children have been forced to grapple with the illness of a family member or loved one. Others have struggled to adjust to the demands of online learning and social isolation.

As these challenging conditions threaten to continue into the spring, calls for better mental health support in schools have gained renewed momentum from South Carolina education advocacy groups and nonprofits, which say these resources are more crucial now than ever.

Often at the center of these conversations is a practice known as social-emotional learning.

Research has shown that children who receive this type of support from an early age perform better academically, socially and behaviorally, said Bridget Durkan Laird, chief executive officer for WINGS for Kids, a Charleston nonprofit that hosts SEL-focused after-school programs for students in low-income areas.

"Kids have been through so much emotionally, and you have to deal with that first before they can get back to learning," Laird said.

Since its founding in 1996, WINGS has expanded to partner with school districts across the United States.

Today, all 50 states have instituted social-emotional learning standards for preschoolers, according to the National Conference of State Legislatures. At least six states have expanded their SEL standards to encompass grades K-12.

But WINGS was founded before many people had even heard of the term "social-emotional learning."

"You had math and science, you had reading, and there was no other piece of education," Laird said.

During her first month working for the organization, Laird recalls writing a grant proposal aimed at securing more SEL funding. The application was returned with a message written in bright-red ink at the top of the page: "Who cares what a child feels about themselves if they can’t read or write?"

The WINGS curriculum has helped hundreds of students improve their academic and social skills over the years, Laird said, and the organization has the research to prove it.

The University of Virginia was awarded a $2.8 million grant from the Institute for Education Science in 2011 to implement a full randomized control trial on the effects of WINGS. The study found participation in WINGS reduced students’ negative classroom behaviors while improving their social interactions and problem-solving skills.

And students enrolled in two or more years of WINGS also had significantly higher math and reading scores, better grades and school attendance compared with non-WINGS students, according to a Yale University study.

Instead of meeting in person every day, students attend the programs virtually. In order to facilitate activities, WINGS staff members are occasionally dispatched to deliver art supplies and other materials to students' doorstep so they can complete projects at home.

In 2019, the nonprofit partnered with Discovery Education to create a virtual SEL curriculum for students across the country.

Laird said she originally expected the curriculum to reach 500,000 kids each year. Instead, the lessons ultimately reached 2.2 million children across the country. Of those, 800,000 accessed the materials between March and June, when schools first shuttered to prevent the spread of COVID-19.

"The pandemic has pushed us as an organization to find innovative and creative ways to help kids that we honestly wouldn’t have ever thought about," Laird said.

Despite their growth in popularity over the past decade, SEL practices remain absent in many South Carolina schools.

The majority of the state’s 89 school districts do not have any type of formal social-emotional learning curriculum in place, said Al Estee, founder and chairman of the Social Emotional Learning Alliance for South Carolina, also known as SEL4SC.

Estee founded the alliance in 2018 to raise awareness and advocate for effective social-emotional learning in all schools, families, organizations and communities.

If he had been taught social-emotional learning skills early on, Estee said his life would have been dramatically improved.

After being abandoned by his biological mother as a child, Estee was adopted by his neighbor. He carried the weight of this emotional trauma for years without the tools he needed to process his emotions.

"I made a lot of bad decisions growing up," Estee said.

Today, the retired developer has dedicated his life to advocating for SEL with the hope that it will prevent other young people from making the same mistakes he did.

The biggest challenge that remains in the way of widespread SEL implementation in schools across the Palmetto State is a lack of awareness, Estee said.

He hopes a new donation will help.

Barber said she has seen firsthand with her patients how social-emotional connections can improve both mental and physical well-being.

Here's what we know so far about what the COVID-19 vaccine will mean for schools, students

"We kind of assume that kids don’t carry their emotions around. But they do," Barber said. "It affects how they sleep, what they choose to eat, whether they’re outside being physically active, all those kinds of things."

The donation will help pay the salaries of new SEL4SC team members who will conduct community task force meetings throughout the spring with local leaders to advocate and raise awareness of social-emotional learning.

Another major hurdle to statewide SEL curriculum is the lack of buy-in from educators, Estee said.

Jody Stallings, director of the Charleston Teacher Alliance, said the feedback he's received from parents and educators about social-emotional learning programs has been mixed.

"The feeling that I get from teachers, especially in this county, is that they want to teach math, science and social studies," Stallings said.

Still, he added, most teachers went into their profession because they wanted to help students. As a result, educators are doing a lot more mentoring and counseling than usual during the pandemic because of all the added stressors students face.

But requiring every Charleston County School District teacher to undergo training and implement SEL practices in their classroom in the midst of the pandemic isn't the best idea, Stallings said.

Teachers are already strapped for time, and broad implementation of new material without adequate time for training might cause more harm than good, he said.

Estee recognizes this hesitance but maintains that SEL curriculum can also benefit educators.

Some of the state’s top education officials, including state Superintendent Molly Spearman, have worked to make SEL content more accessible for students and educators in recent months.

In August, the S.C. Department of Education announced the creation of a new web portal dedicated to providing information, resources and professional development on social-emotional learning for students.

"We understand how critical the social and emotional components of a child’s learning is,” Spearman said in a statement. “With schools having to adjust their instructional plans during COVID-19, it is imperative that they have access to resources that will benefit students' well-being."

But SEL isn’t a new concept for many of Charleston’s public schools.

More than 80 percent of elementary schools and 100 percent of middle schools in Charleston County School District have access to a schoolwide SEL program, said Heather Anderson, one of the district’s climate coaches.

Some SEL programs have even been tailored to meet the needs of individual schools and communities.

A pilot program introduced last month at North Charleston High School is designed to inform students of good decision-making skills and the harmful impact of drug use.

SEL can be crucial to some students' academic progress, Anderson said, especially those who were already falling behind in their studies before the pandemic.

Early research from the district suggests those who already performed at a lower academic level were impacted by the pandemic more severely than those who were already on track.

"We know that when kids are not ready to learn, it doesn't matter what kind of lesson plan we have," Anderson said.