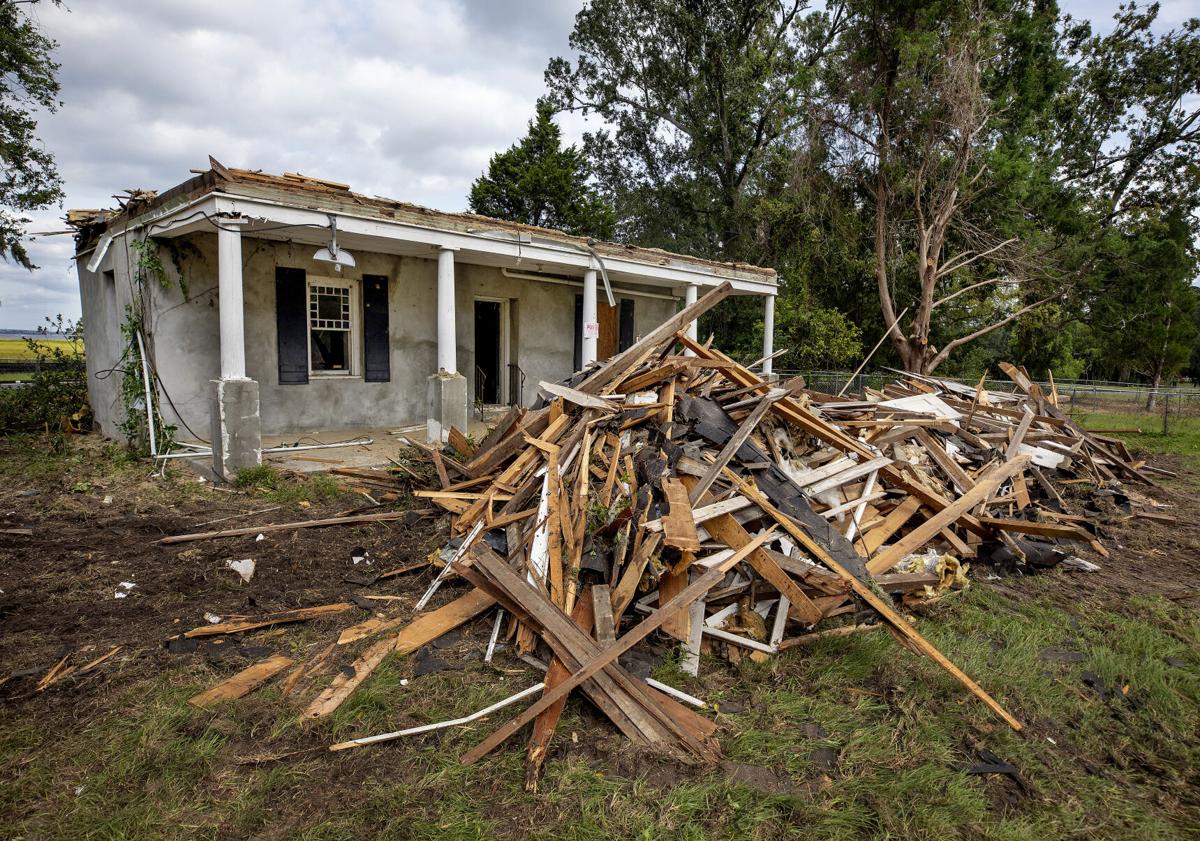 Debris is piled in the front yard from a “controlled deconstruction” of the second floor of a home on Ashley Hall Plantation on Tuesday, Sept. 15, 2020, in Charleston. On Tuesday afternoon, concern on social media spread that the entire building was coming down. The first floor is the historic Stephen Bull home. Bull was a diplomat between the colony and American Indians and founded the 400-acre plantation around 1676. Grace Beahm Alford/Staff 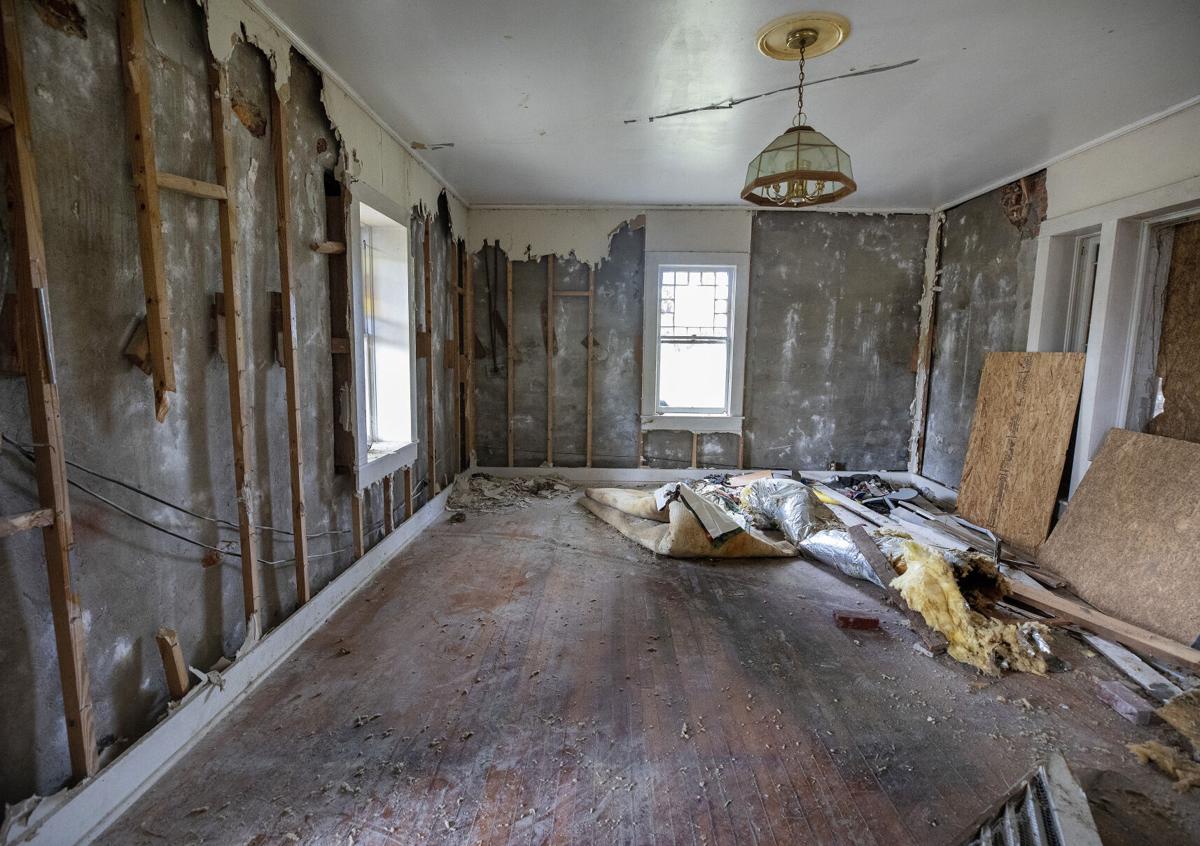 Inside the first floor of the Stephen Bull home on Ashley Hall Plantation on Tuesday, Sept. 15, 2020, in Charleston. The second floor, added in the 1960s or 1970s, was removed Tuesday afternoon. The first floor will remain, Carolina Holdings Group owner and developer Gary Wadsten said. Grace Beahm Alford/Staff

The second floor of a Ashley Hall Plantation home was demolished Tuesday afternoon, causing concern on social media that the whole building — including the historic first floor — would come down.

Gary Wadsten, Carolina Holdings Group owner and developer of a new subdivision in that area, said workers did a "controlled deconstruction" of the second floor of the home, but the first floor will be preserved.

The riverfront property in unincorporated Charleston County is listed on the National Register of Historic Places and dates to the mid-1600s.

The home was built by plantation founder Stephen Bull, one of the first English settlers of South Carolina. It survived attacks from tribal warriors, British invaders and Union soldiers.

Bull was a diplomat between the colony and Native Americans. He founded the original 400-acre plantation about 1676, according to the South Carolina Plantations website. His son, William Bull, built a large plantation house in 1704. The house remained in the family until it was burned in 1865 near the end of the Civil War.

In the late 1700s, a tall monument to William Bull II was erected on the property. In 1873, the Bull family sold the plantation and it subsequently changed hands several times.

In 1900, John William Kennerty purchased what had become a 1,000-acre holding. He unsuccessfully tried to farm the land and lost the property a few years later.

The next owner built a house next to the monument.

In 1919, Kennerty's son, William Charles Kennerty, bought the plantation. He died in the 1930s and the property was divided between his wife, Rosina Kennerty; his daughter, Rosina Marie “Rose Marie” Kennerty Signeous; and his son, William Charles Kennerty Jr. Because of the high cost of property taxes, the Kennerty’s sold off all but a few acres, according to South Carolina Plantations.

The home was originally one floor, a small rectangular box, Wadsten said. A second story was added in the late 1960s or early 1970s.

West Ashley residents fight plan to develop Charleston plantation, one of the oldest left in the state

Wadsten said Tuesday's demolition was approved by the South Carolina State Historic Preservation Office and the Historic Charleston Foundation. He said he has consulted with Brockington & Associates and Bennett Preservation Engineering.

Craig Bennett, of Bennett Preservation Engineering, described the first floor historic home as “rather robust and surprisingly so.”

Wadsten said a "roof structure" will eventually be built over the now one-floor building.

The work will be done in phases, the first phase on Tuesday was removal of the second floor. Next will be the roof structure. Eventually a fence will go around the 1-acre parcel.

Wadsten said he "did a lot of archaeological work," with a goal of preserving the home for people to visit. Signs will be posted so visitors can learn more about it.

Eventually, plans call for 47 homes to be built on the larger 45-acre parcel that remains of the plantation.