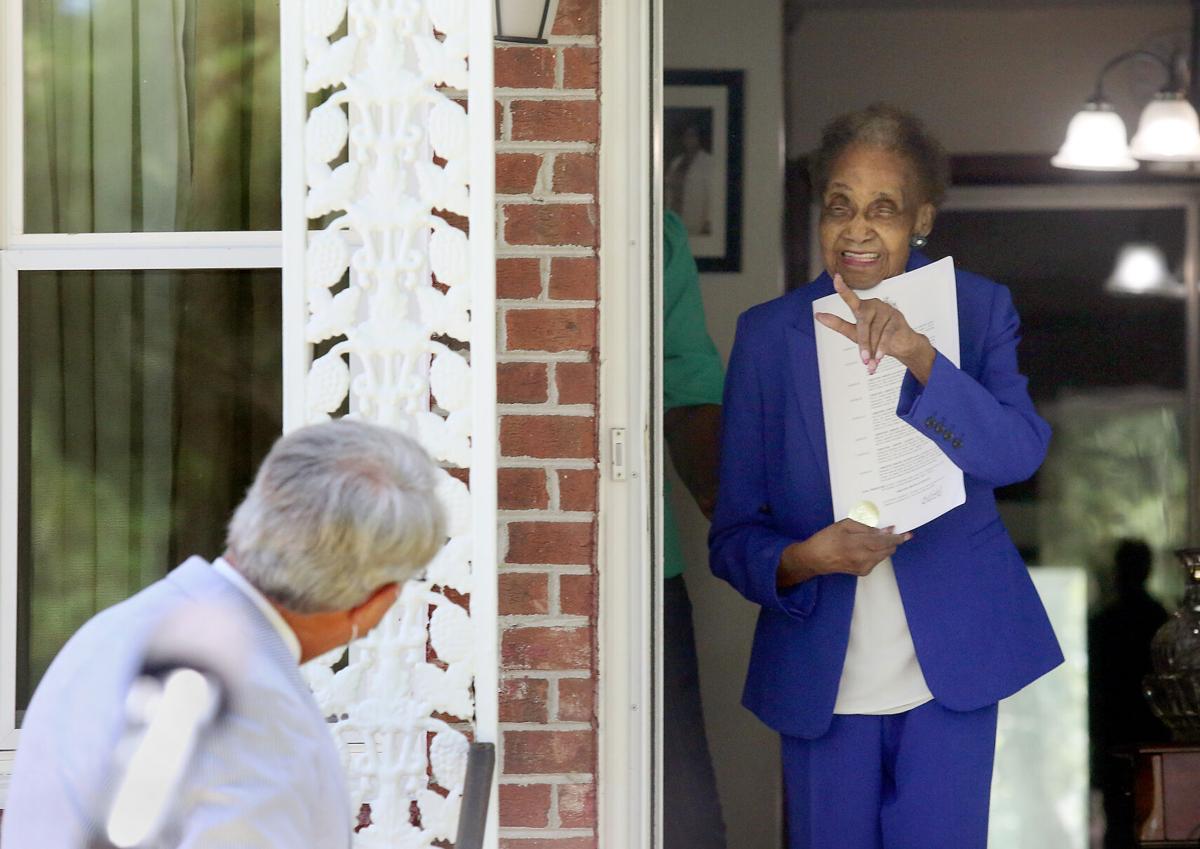 Charleston Mayor John Tecklenburg talks to Christine Osburn Jackson after he read a proclamation on Friday, July 31, 2020, recognizing her 92nd birthday, which is Saturday. The civil rights leader was executive director of the YWCA Greater Charleston for 37 years. Brad Nettles/Staff 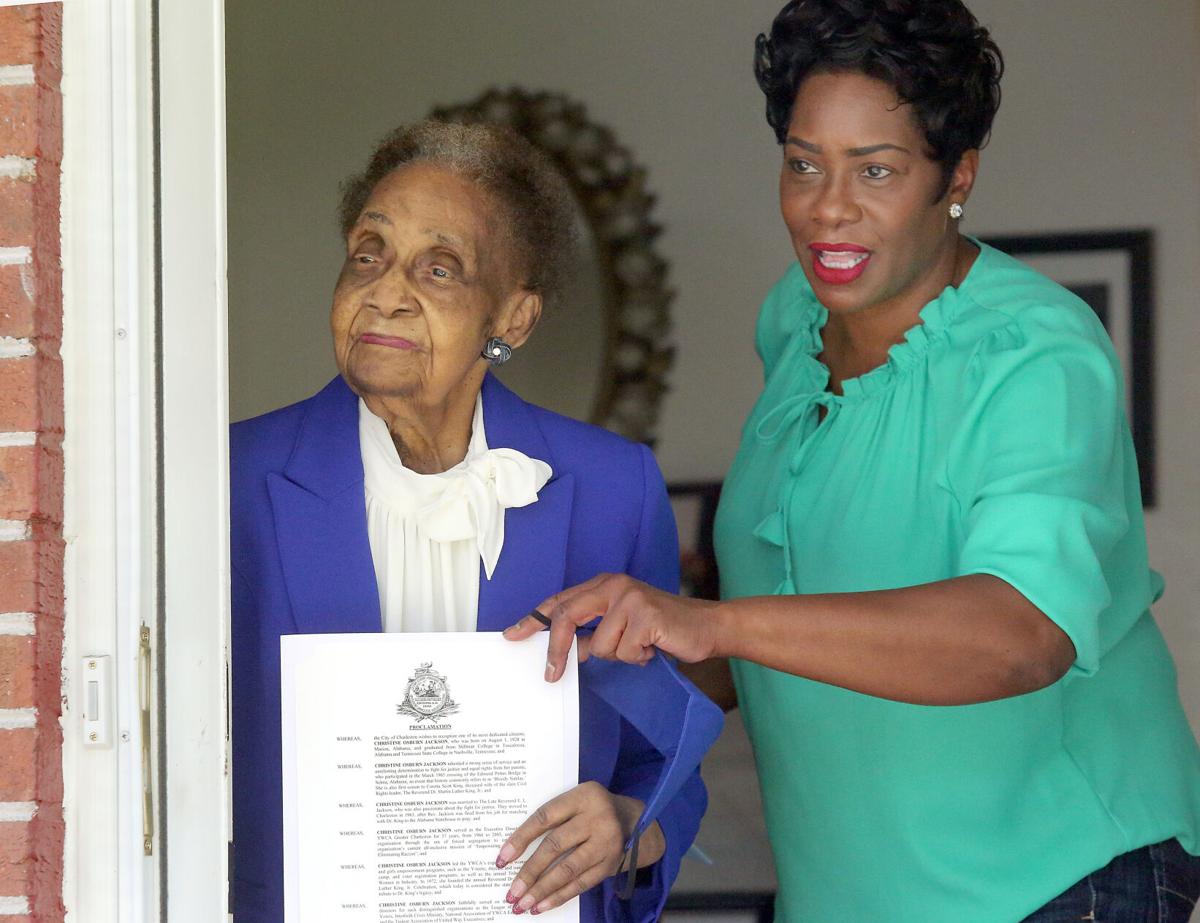 Christine Osburn Jackson (left) and her daughter Kim Jackson talk to well-wishers after Charleston Mayor John Tecklenburg read a proclamation on Friday, July 31, 2020, recognizing her 92nd birthday, which is Saturday. The civil rights leader was executive director of the YWCA Greater Charleston for 37 years. Brad Nettles/Staff

Christine Osburn Jackson stood from the safety of her front door Friday, socially distanced from the small group who had assembled outside her home to celebrate her life's work in civil rights.

Though a small woman, the former executive director of the YWCA Greater Charleston — an organization dedicated to empowering women and eliminating racism — was called by city officials Friday a "towering force" in the lives of thousands of Charleston residents who are still benefiting from her work.

"We're so thankful that fate and divine providence led her here to Charleston years ago," said Mayor John Tecklenburg, who presented Jackson with a proclamation in honor of her 92nd birthday, which is Saturday.

Born in Alabama in 1928, she inherited a passion to engage in social activism from her parents, who participated in the 1965 Selma to Montgomery march that saw protesters beaten by law enforcement on a day known as "Bloody Sunday."

She married the late Rev. E.L. Jackson, an Alabama civil rights activist who marched alongside the Rev. Martin Luther King Jr. The couple moved to Charleston in 1963 after the Rev. Jackson was fired from his job for marching with King to the Alabama State House to pray.

Jackson, though, has even closer ties to the King family. She is the first cousin of Coretta Scott King, social justice champion and deceased wife of the Rev. King.

The Jackson family's work with King would continue in South Carolina. Jackson was with the Rev. King during his final appearance in Charleston in 1967 when he spoke for more than an hour before 3,000 people at the old County Hall on King Street. King would be assassinated nine months later.

In 1972, Jackson founded the annual celebration honoring Rev. King, which is considered today the state's largest tribute to the civil rights leader.

Jackson's journey has involved the challenge of having to overcome barriers brought by racism, including a legal battle early in her career that eventually resulted in the end of segregation among YWCAs in Charleston.

Among her many awards and accolades, Jackson was best known for her skill in recruiting volunteers.

City officials took the opportunity to shed light on the city's Substantial Rehabilitation Program, which provides assistance for homeowners for home repairs.

"We are thankful for the opportunity to give back to a person who's given so much to our community," Shaw Johnson said.

Jackson's daughter, Kim, thanked the city for rehabilitating her mother's home and invited well-wishers to celebrate her mother's birthday in a motorcade.

The motorcade will depart from First Baptist Church of James Island at 12:45 p.m. Saturday and proceed past Jackson's residence, paying tribute to the Charleston legend who fought for racial equality and women's empowerment.