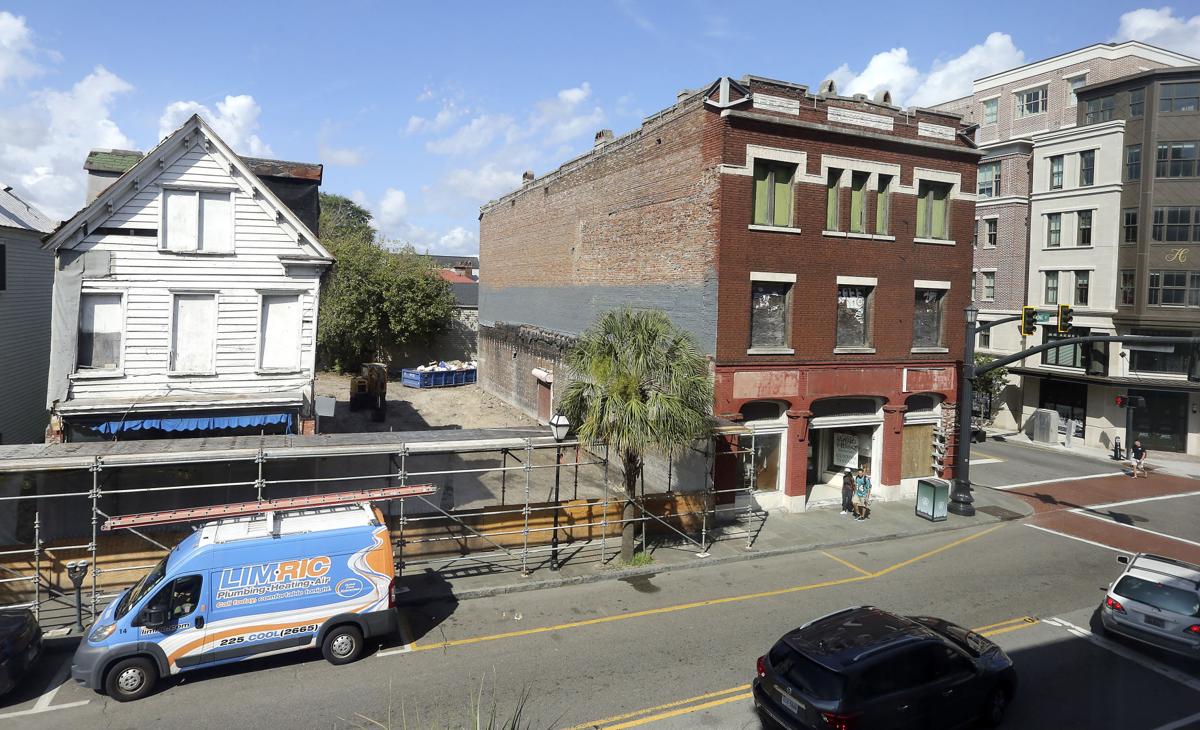 The building that was attached to the Read Brothers building on Upper King Street was taken down by contractors. Brad Nettles/Staff 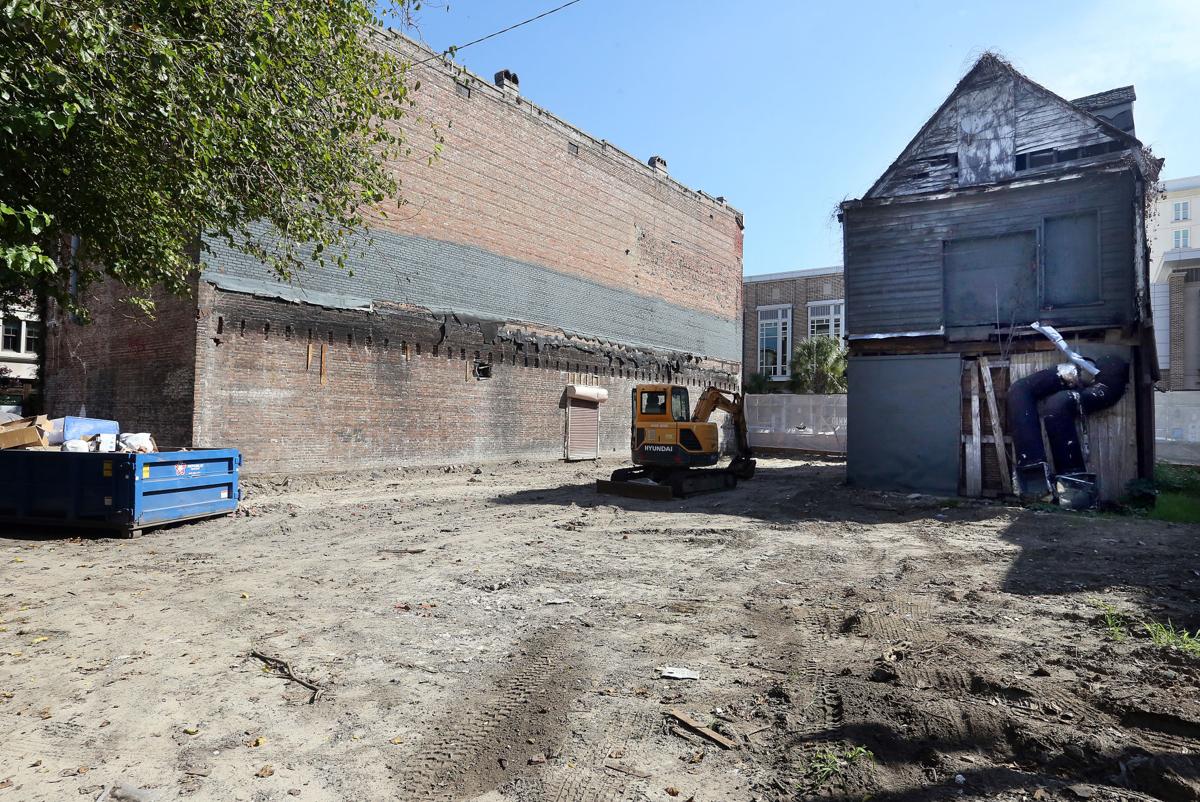 The structure that was attached to the Read Brothers building on Upper King Street was torn down. Brad Nettles/Staff

The city of Charleston has cited the owners of one of Upper King Street's landmarks for creating a public nuisance, demolition without a permit and not complying with a notice of violation.

The owners of the Read Brothers' buildings were issued two Livability Court summonses last month, and a court date is set for Monday. Each summons is a misdemeanor punishable by up to a $1,087 fine.

City of Charleston agrees to spend $41,000 to shore up structural flaws at Read Brothers

But Chris Price of the PrimeSouth Group, a co-owner, said Friday a resolution is in sight, and the ownership group hopes to detail its plans for the buildings' next chapter in the near future.

In 2017, the city ordered structural repairs to the building. When the owners did not act soon enough, City Council agreed to spend $41,700 to shore it up, an expense that the city will recoup through a lien on the property.

The Read Brothers' business actually included three structures: a prominent three-story brick building at King and Spring streets, a single-story brick front at 591 King and a wood-frame home just south of that. In recent weeks, the single-story building was torn down.

The fabric and stereo store closed down shortly afterward after more than a century on the site. This past spring, its owners put up an "available" sign and hired the PrimeSouth Group to advise on the building's future. Two large "Available" signs were affixed to its facade.

"The goal is obviously to do some work to the building and get it cleaned up and bring it back to what it should be,” Patrick Price of PrimeSouth said at the time.

Problems with the building began to appear in 2017 when bricks sloughed off its facade onto the sidewalk, apparently after the building was struck by a construction vehicle. The city hired a structural engineer to analyze the structure and any public safety threat it posed.

The Read family did not perform the repairs the city recommended, so the city hired a contractor to do emergency work to protect pedestrians and motorists.

Read and Dumas opened as a five and dime in 1912, but became more specialized as a fabric and variety store, as well as one that sold high-end stereo equipment. As King Street roared back this century, Read Brothers offered a trip back in time, complete with old-fashioned cash registers, cubbyholes, used books and musical instruments.

Why are downtown Charleston's buildings falling down? Experts point to three main culprits