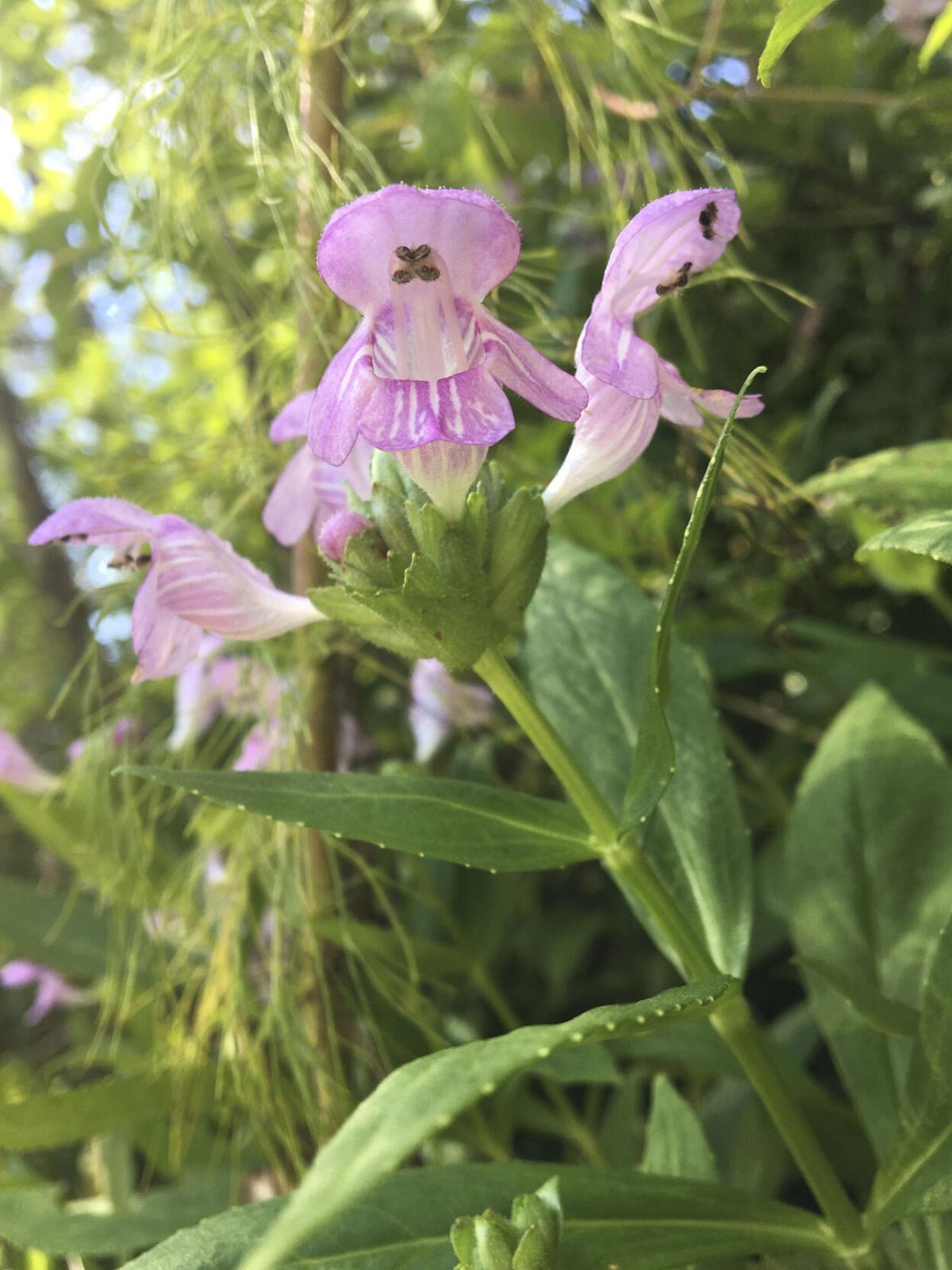 An example of Carolina birds-in-a-nest, or Macbridea caroliniana, in bloom. The plant is hard to spot unless blooming in the summer and is considered "at risk" by the federal government. Celie Dailey/Provided 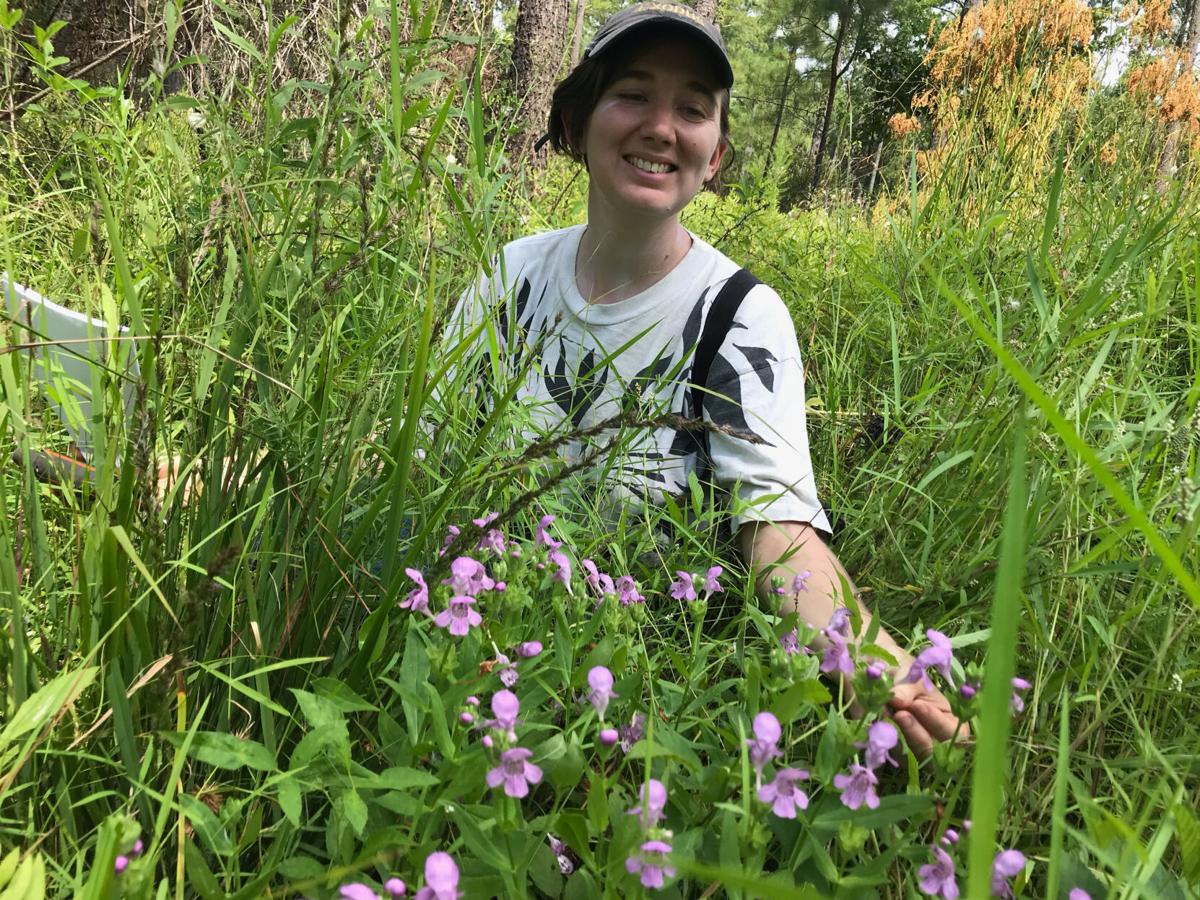 Celie Dailey in 2019 with a patch of Carolina birds-in-a-nest, or Macbridea caroliniana, which she has found in several new spots around Charleston and Georgetown County. April Punsalan/Provided

McCLELLANVILLE — A Citadel student recently discovered new populations of Carolina birds-in-a-nest, a relative of the mint plant with a showy pink flower that had never before been recorded in Charleston County.

The plant, which grows a few feet off the ground and can be hard to spot when it's not in bloom, prefers a wet, sunny environment.

Celie Dailey, who is pursing a master's degree in biology, stumbled on several thickets of the plant in bloom this summer at a conservation site on the Black River in southern Georgetown County.

Biologist says be on the lookout for baby copperheads

The rare wildflower lives in a limited range in the coastal plains from Georgia to North Carolina. The federal government considers it an "at-risk" plant, and will decide whether it should be listed as threatened or endangered in 2023. Dailey reported the sighting to the U.S. Fish and Wildlife Service.

"They were really excited to find it," Dailey said. "It turned out, it was kind of a monster population."

But shortly after, Dailey spotted this rare plant again in an unexpected place — a roadside ditch in McClellanville. It was the first recorded population ever found in Charleston County.

Joel Gramling, a Citadel professor and Dailey's adviser, said the discoveries are important in part because the plant, with the Latin name Macbridea caroliniana, is hard to keep track of. A 2016 survey couldn't find about 45 percent of the Macbridea population at previously discovered locations in South Carolina, Gramling said.

"We see this trend where we aren't able to find these populations, and now, all of a sudden, here’s (Dailey) in several different counties, finding new populations," he said.

It's possible that the plant has been hard to detect because it blends in with other flora when it's not blooming. If previously sunny areas become shaded by new trees or shrubs, it may also recede into simple green stems.

Thriving populations are found in "disturbed" areas, which may have been cleared of larger plants by natural causes, such as a forest fire, or man-made ones, such mowing in a drainage ditch.

One of its main habitats — the edges of a swamp or inside a bog — can also be hard to access when the telltale blooms are out. Dailey said that in trips to the Black River site, she had to push through thickets of grass taller than she was, and was showered with ticks in the process.

"Nobody wants to be in a swamp in July," Dailey said. "It’s just nasty."

But she said that the plant, though unassuming, is not just rare, it's special to the state. South Carolina has the biggest population of the plant among the three states in which it's been found.

It's just one of several overlooked plants that make up the state's biodiversity, she said.

"I just love these wild places because they are just so diverse," Dailey said. "Roadside places where you have so-called 'weedy' plants growing wild, people just want to cut these areas down … those types of areas are so cool to me, to see the abundance of life there."

Residents who spot Carolina birds-in-a-nest can report it to the Fish and Wildlife Service office in Charleston at (843) 727-4707.