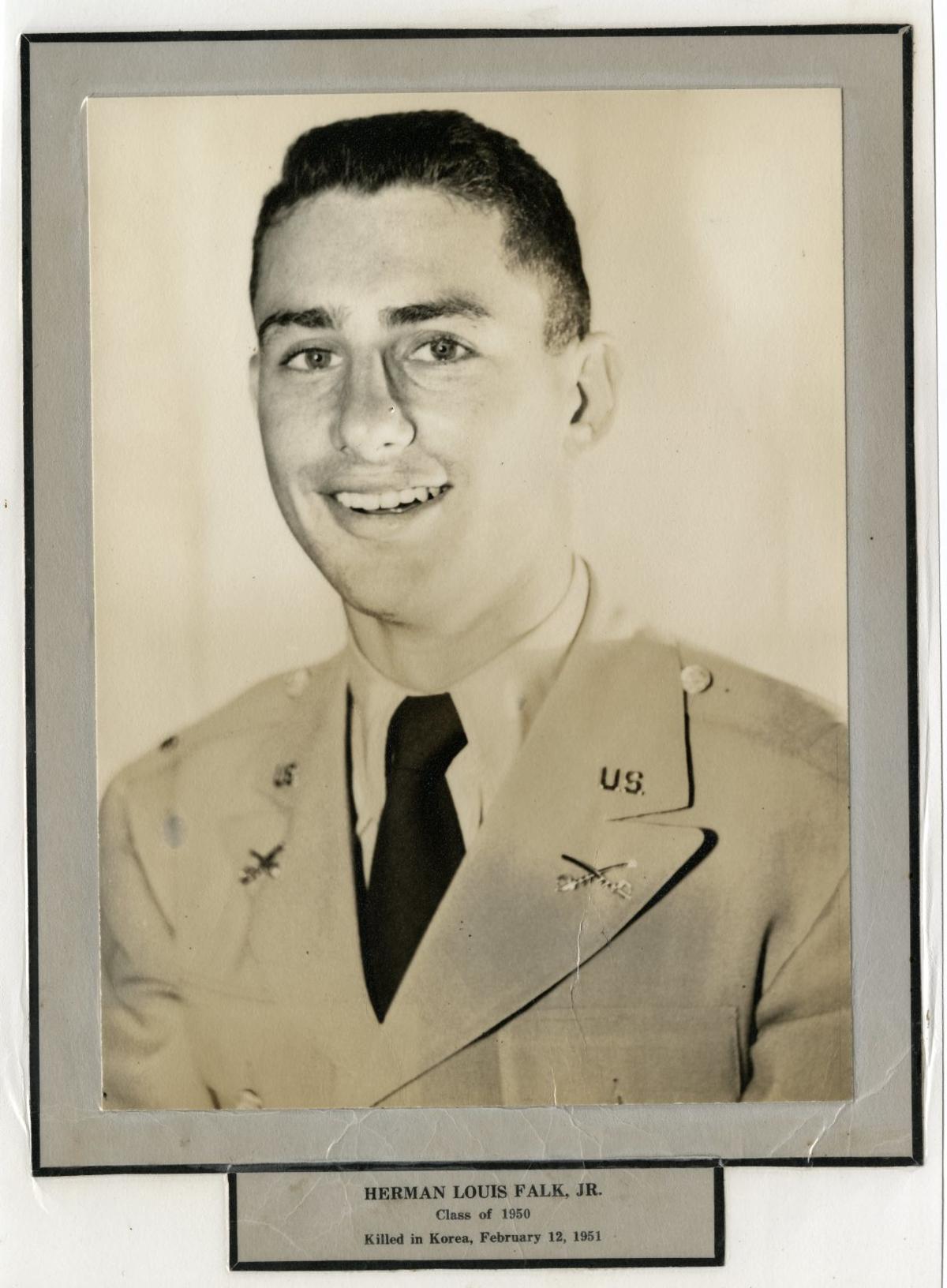 First Lieutenant Herman Falk, a 1950 graduate of The Citadel, went missing during the Korean War. His body was finally identified in 2018, and now he'll be buried at Arlington National Cemetery. The Citadel/Provided 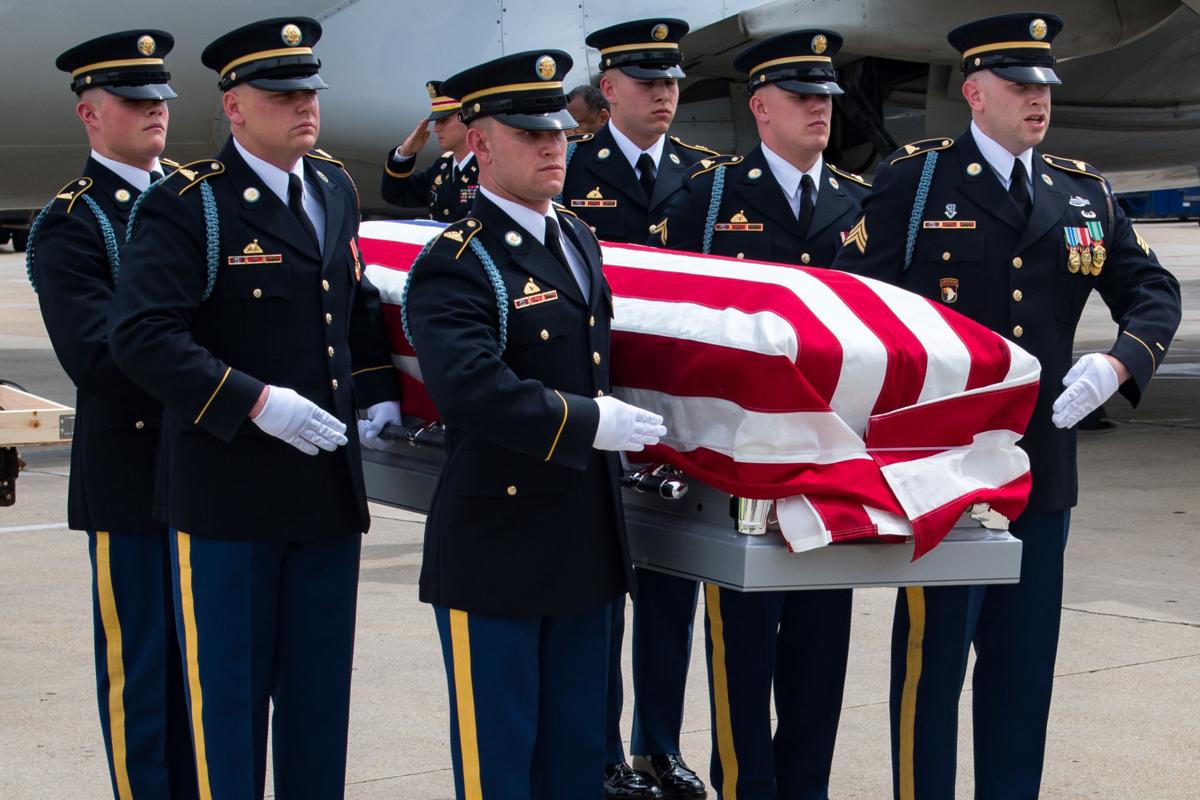 Soldiers assigned to the 3d U.S. Infantry Regiment (The Old Guard), participate in a plane-side honors ceremony at Ronald Reagan Washington National Airport in Arlington, Va., on April 9, 2019. The ceremony was held in honor of 1st Lt. Herman L. Falk who's remains were repatriated this past fall. Cpl. Lane Hiser/U.S. Army

It had been less than a year since 1st Lt. Herman Falk had graduated from The Citadel, and the newly commissioned officer was on the front lines of the Korean War fighting for his life.

The 1950 graduate would never return to Charleston and was declared missing in action on Feb. 12, 1951, along with half of his platoon.

Nearly 70 years later, Falk's remains were identified. Now, he will finally be laid to rest Thursday at Arlington National Cemetery in Washington, D.C., The Citadel said in a news release.

“The Citadel has a long tradition of answering when country calls. 1st Lt. Herman Falk is one of the heroes who answered that call,” said Col. John L. Dorrian, vice president for communication and marketing. “We are happy to know that he will be laid to rest in the country he served, and that his loved ones will receive the closure they deserve."

Falk's remains were identified in September 2018. His body was returned stateside between 1990 and 1994 when North Korea returned 208 boxes of co-mingled human remains. American prisoners of war reported that Falk died in April or May in 1951 while being held at the Suan Bean Camp in North Korea.

On Wednesday, Falk's remains were flown to Ronald Reagan Washington National Airport in Arlington, Va., and his casket was met by an Army color guard.

Identifying Falk's remains was not an easy task.

There are still 7,686 Americans who remain unaccounted for from the Korean War, according to the Defense POW/MIA Accounting Agency. Several thousand Citadel alumni fought in the Koran War.

There are 31 names, including Falk's, inscribed on The Citadel's War Memorial honoring graduates killed in action during the Korean War.

"The Citadel family is proud to claim 1st Lt. Falk as one of our own," Dorrian said. "We will never forget his service and sacrifice, and we will continue to honor his legacy.”

Falk's body is scheduled to be buried in Arlington National Cemetery at 1 p.m. Thursday.