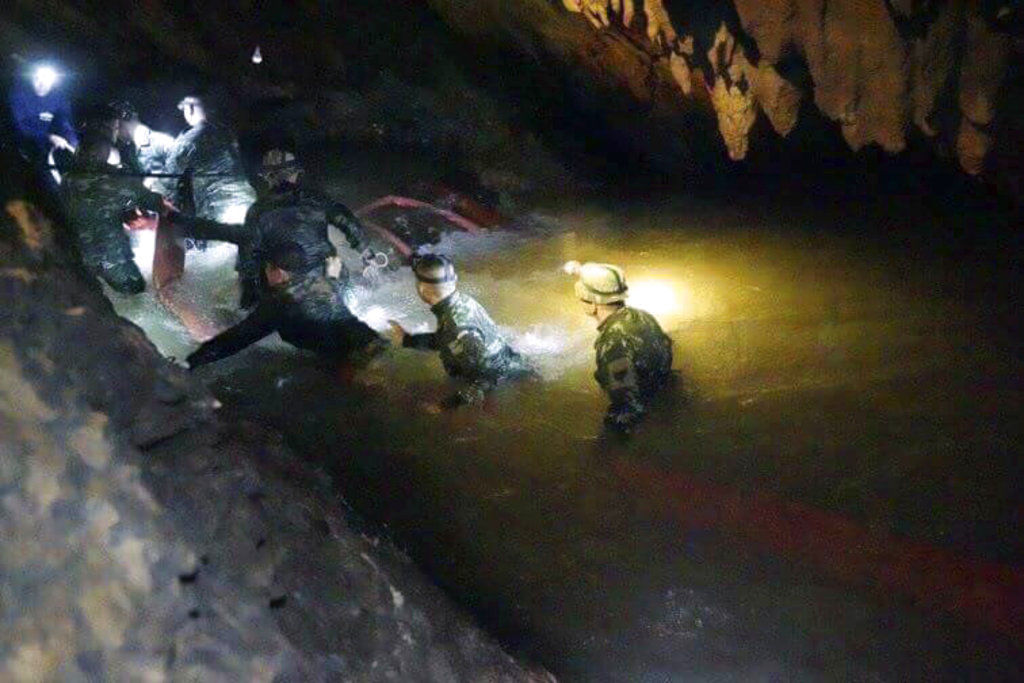 Thai rescue teams use headlamps to enter a pitch-black cave complex where 12 boys and their soccer coach went missing, in Mae Sai, Chiang Rai province, northern Thailand, on July 2. The group was discovered late July 2 after 10 days totally cut off from the outside world. File/Tham Luang Rescue Operation Center via AP 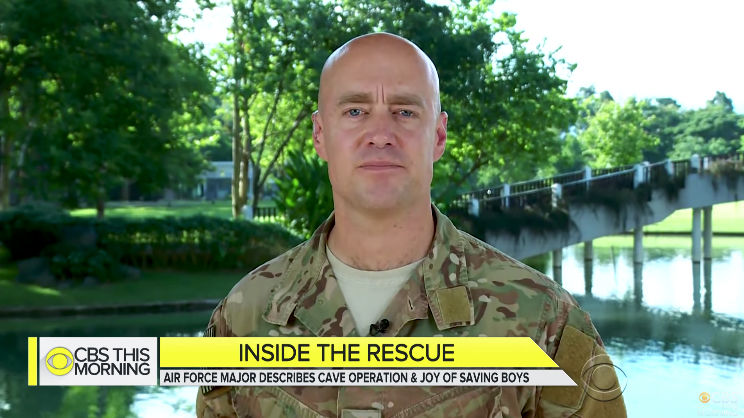 Thai rescue teams use headlamps to enter a pitch-black cave complex where 12 boys and their soccer coach went missing, in Mae Sai, Chiang Rai province, northern Thailand, on July 2. The group was discovered late July 2 after 10 days totally cut off from the outside world. File/Tham Luang Rescue Operation Center via AP

As the final moments of an 18-day ordeal unfolded before him, Citadel graduate and Air Force Maj. Charles Hodges felt a sense of relief, the same one felt the world over.

Twelve boys and their soccer coach, stranded in a cave in northern Thailand, had been rescued and were safe.

"When the boys left the cave, obviously, there was a big sigh of relief," said Hodges, a 2000 Citadel graduate and U.S. mission commander for the 353rd Special Operations unit based at Kadena Air Base in Japan. "Everyone knew that a big home run had been hit."

Maj. Charles Hodges, the U.S. mission commander for the 353rd Special Operations unit for the @usairforce, was a part of the rescue operation in Thailand. Hodges described to us the tense moments leading up to that final rescue. https://t.co/5E0iVHdaom

Hodges, of Winnsboro, and the 353rd were part of a multi-national effort to save the boys. One former Thai Navy SEAL diver died in the rescue operation.

"It took every single one of us, putting our heads together and pushing aside any sort of of political or cultural differences, and doing our best to find a solution to do this," Hodges said in an interview with "CBS This Morning" on Wednesday. "What I take away from this is how much can be accomplished from teamwork, because it was pretty impressive."

All 12 boys and coach rescued from flooded Thai cave

The rescue of the last of the boys and their coach came just in time, Hodges said. The pumps that had been running to force water out of the caves "had shut off for an unknown reason," he said.

"The water levels in Chamber 3 of the cave were rising, and would have cut off our access into the cave," he said. "That's an abort criteria for our guys, so when the water started rising, everybody started grabbing their kits and getting ready to get out.

"Thankfully, the last SEAL popped up at the last moment and everybody was able to get out of Chamber 3, and mission complete."

Hodges, a member of Alpha Company and the honors program at The Citadel, described the emotional atmosphere around the rescue attempt.

"Obviously, there were emotional tensions the entire time we were there," he said. "Thankfully, the Thai culture is such an optimistic one, it helped to balance out those emotional lows."

Hodges credited training for the success of the operation.

"At the end of the day, you have to rely on your training and how you approach problems logically and thoughtfully," he said. "You push away any emotions and look at it from the lens of: what are the circumstances and what do we need to do to make this a success?"

The Citadel has had a close connection with the Thai military over the years, a school spokesperson said. As many as eight four-star generals in the Thai military have been Citadel graduates, and in the 1970s, most of the Thai joint chiefs of staff were Citadel alumni.

CBS News reported that, according to Thai health officials, most of the rescued boys were given antibiotics because of high white blood cell counts. Some of the boys have lung infections and they each lost an average of about 4 pounds while in the cave, but, overall, health officials said they are doing well.