Charleston County voters will decide in November whether they want to continue paying a 1 percent sales tax that pays for the construction and maintenance of school buildings and technology.

An extension to the Charleston County School District's penny sales tax program is on the ballot this year. If passed, it will help fund more than a dozen projects across the district.

This isn't the first time the district has asked voters to extend the sales tax program, which was approved in 2010 and renewed in 2014.

The existing program is scheduled to expire in 2022, but if the extension is approved by voters on Nov. 3, it will continue for six more years through 2028. 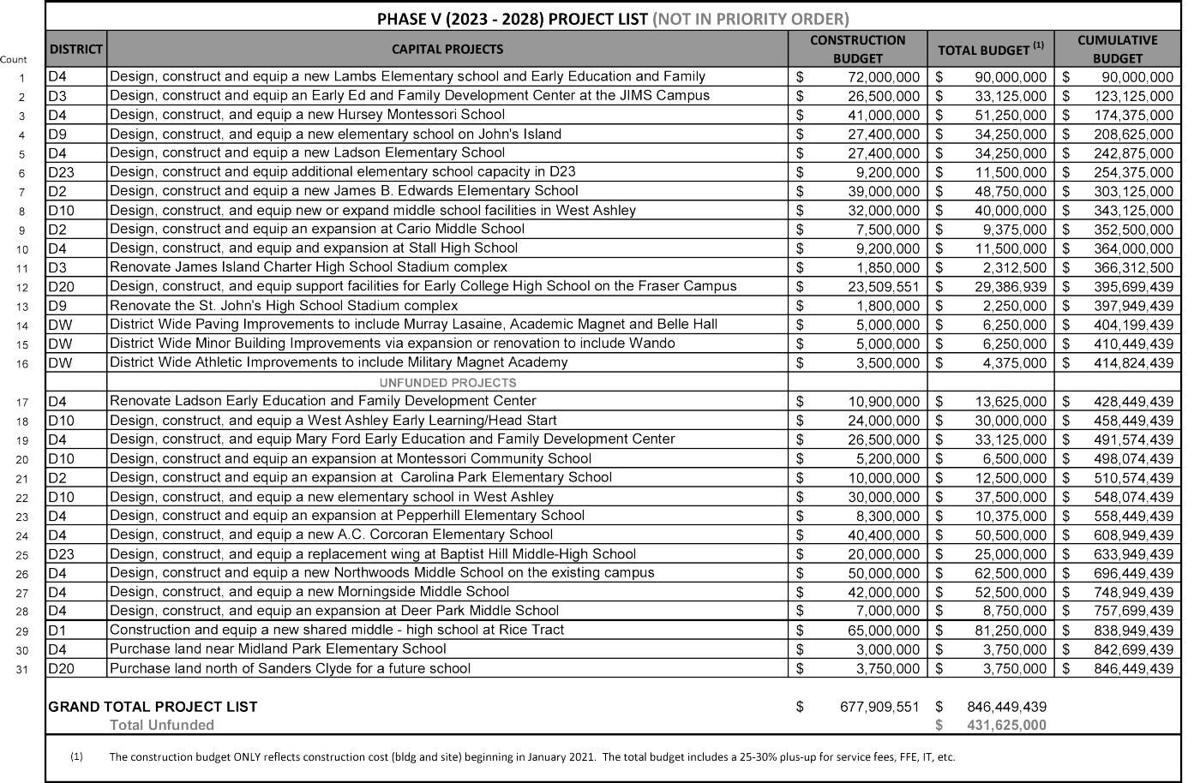 District officials expect the extension would bring in at least $708 million in revenue. The largest share of these funds collected during the six-year period would go toward funding school construction and renovation.

All of the district's new school construction projects over the past decade have been funded this way.

Another $270 million in sales tax revenue would be spent on necessary building upkeep, such as repairs to roofs or air conditioning systems.

The remaining $24 million would go toward IT updates and repairs, such as replacing outdated student devices or repairing school phone systems.

Under the district's penny tax program, 1 cent out of every dollar spent on retail items in Charleston County goes to the school district. It does not apply to essential purchases, including food or diapers.

Advocates for the program say it allows residents to benefit from Charleston's status as a thriving tourist destination, since visitors tend to spend money on non-essential items that are covered by the tax.

Others, including board member Kevin Hollinshead, argue that extending the sales tax isn't the right decision due to the negative impact that the COVID-19 pandemic has had on families' finances.

The school board voted 8-1 this summer to place the extension on the ballot this November. Hollinshead voted against the measure.

A recent audit of the existing sales tax program released last week issued a positive review of the district's use of taxpayer funds.

A full list of the proposed projects for the next penny sales tax referendum can be found at ccsdschools.com/Page/5178.