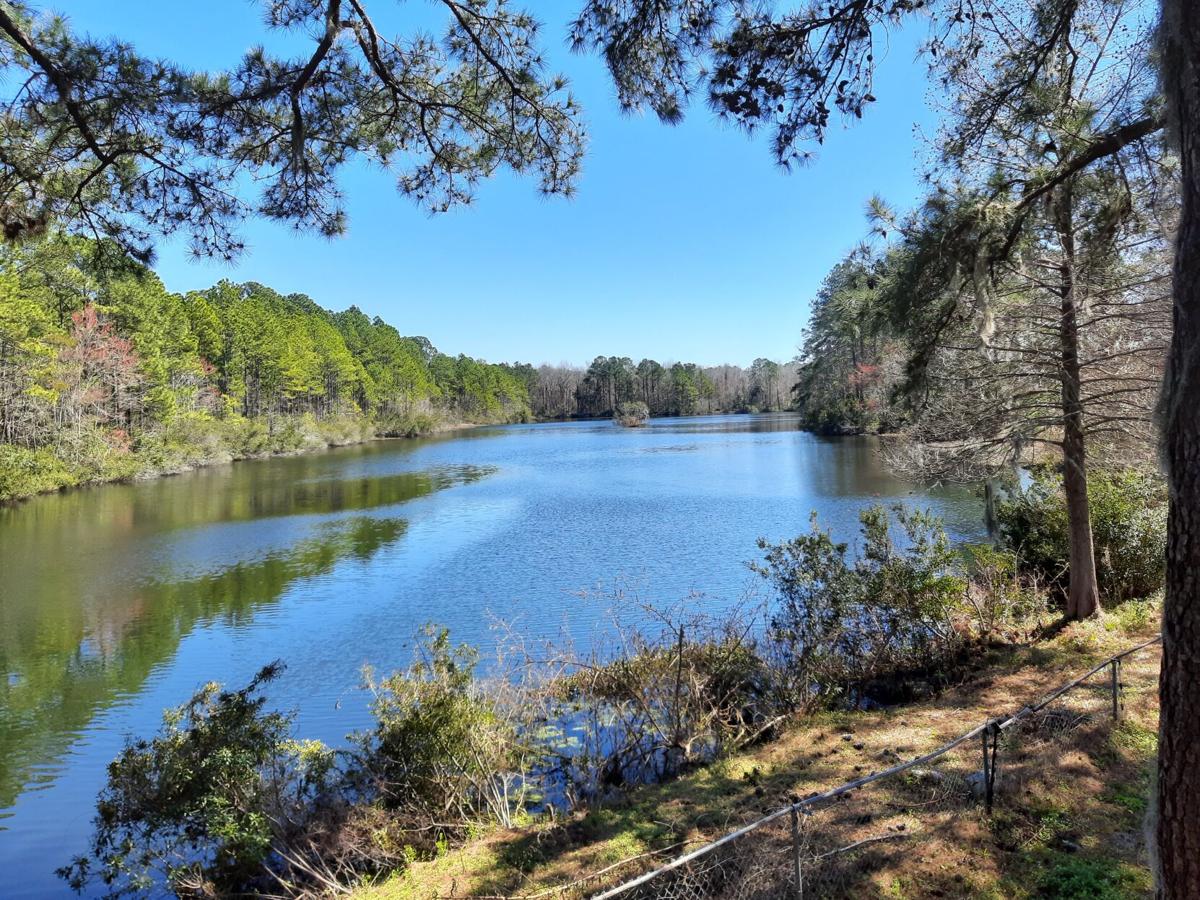 The city of Charleston wants to purchase 26.5 acres of property along Maybank Highway on Johns Island to develop a new park. The city applied for $542,000 from Charleston County's Greenbelt Program to help buy the land. City of Charleston/Provided

The city of Charleston wants to acquire 26.5 acres of property on Johns Island and intends to use that land along Maybank Highway to build a new park in an area that is rapidly developing.

City officials are in the process of applying for $542,000 in greenbelt funding, which is used to preserve parks, wildlife habitat and other green space throughout Charleston County.

An active White cemetery controlled by the Cainhoy Methodist Church and Cemetery "Old Ruins" Corp. and an adjacent Black burial grounds located on private property are the focus of community leaders seeking to preserve and improve the site, and ensure easy public access to it. 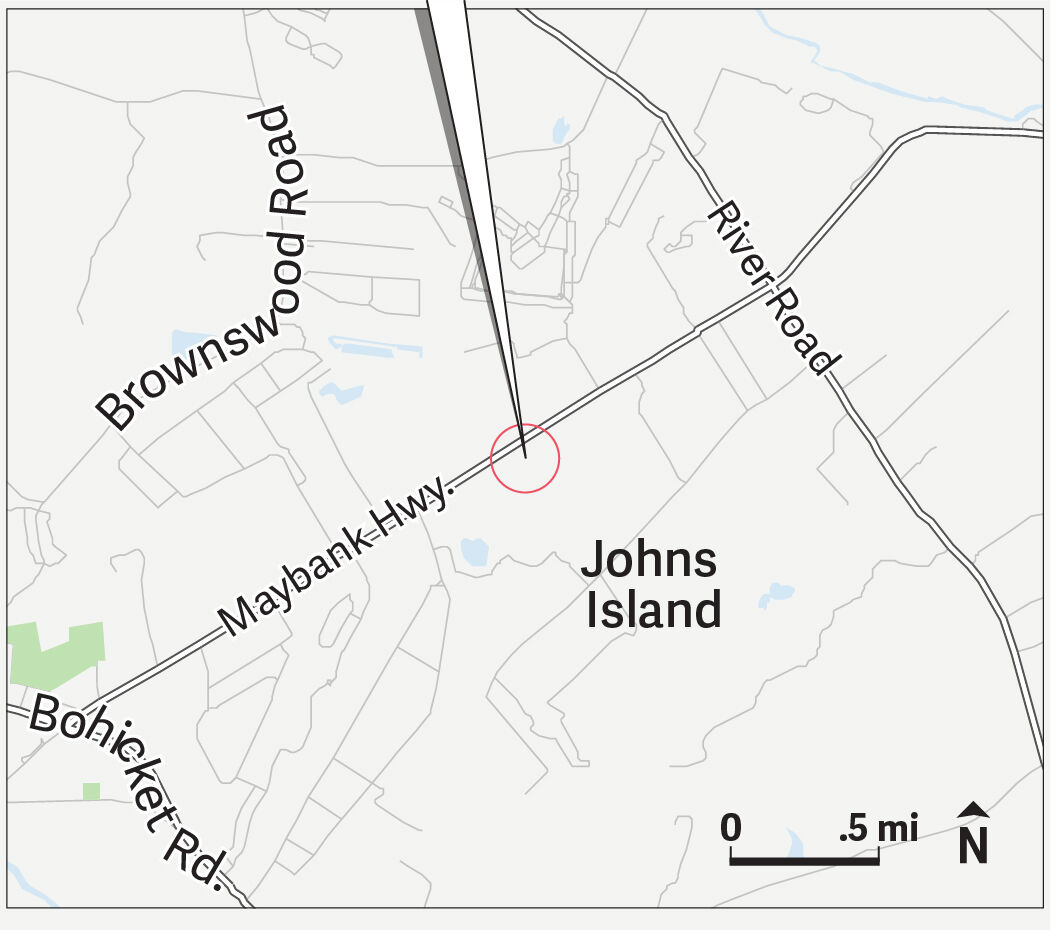 In late March, the city pitched the county's Greenbelt Advisory Board on why it should receive that public funding, which is created through a half-cent sales tax at the county level.

The Charleston Parks Department intends to build several walking trails on the sliver of land, which is accessible from both Maybank Highway and Cane Slash Road. And there are plans to construct several small docks on the man-made lakes that cover roughly 14 acres of the property.

Jason Kronsberg, the city's parks director, said the property is ideally located and would allow nearby residents in the city and county to access the area to walk, bike, fish and kayak.

The Parks Department already operates roughly 120 public spaces throughout the city, but the newly proposed project could provide additional room for outdoor recreation in the heart of Johns Island, where the city's population exploded in the past decade.

Charleston City Council would need to annex the property, which is just outside the city limits. The city may also need to chip in another $125,000, at least, to meet the full asking price for the land.

"The property provides for a pretty unique park for the residents on Johns Island," Kronsberg said. "Any time we can secure land for park space, it is a goal for the city and the parks department."

Not everyone is pleased with the city's proposal, however.

A local grassroots organization known as Circa 1111 contested the city's application for the greenbelt funding during a public meeting last month, arguing Charleston officials stole their idea for the park.

Willis Tant, a leader of that group, tried to acquire the same piece of property in recent years, but she was denied funding by the Greenbelt Advisory Board, which questioned how the group would finance its share of the purchase price.

The group also applied for greenbelt funding alongside the city this year. That application set up an unprecedented situation in which county officials received two proposals for the same piece of property. It was the first time that ever occurred in the history of the county's greenbelt program, which has existed for more than a decade.

As a result, the Greenbelt Advisory Board asked the city and Circa 1111 to provide them with a letter of intent or completed sales agreement with the current owner of the property, George Griffith Jr.

The city provided that documentation, whereas Tant could not.

"It's really up to the buyer and seller to work out that arrangement," said Cathy Ruff, director of the Charleston County Greenbelt Program.

The greenbelt program, Ruff said, operates like a bank when administering the sales tax funds. The county doesn't play a role in the negotiations over the land, she said.

But that hasn't stopped Tant's public campaign against the city.

Tant called the city's actions "underhanded," and she is now circulating a petition online condemning the city's plans for the proposed park. She also said that her applications for greenbelt funding were "misrepresented" by county officials in the past.

The city and CIRCA 1111 share one major goal: setting aside the 26.5 of land on Johns Island for green space and public recreation. But Tant and other members of the group are frustrated Charleston will be in control of the park and that the property will be annexed into the city limits.

Tant pointed out that her group wanted to set up a farmers cooperative on the property and to build several event spaces, which are not in the city's current designs.

Johns Island Park expansion might not be as large as anticipated

The city likely stands a far better chance, however, of accessing the county greenbelt funding. That's partly due to the way the sales tax revenues are divvied up.

By annexing the property, Charleston officials can access a larger pot of sales tax money that is set aside specifically for land acquisitions inside city limits.

County officials expect there to be more than $33.7 million in future sales tax revenue for those types of land purchases in the future.

The same was not true for the money CIRCA 1111 applied for, which was dedicated to "urban" land in unincorporated areas of the county. That account is only expected to generate another $2.8 million over the life of the half-cent sales tax, which is set to expire in 2042 or once $2.1 billion is collected.

The full Greenbelt Advisory Board plans to consider the city's request for greenbelt funding at its May meeting.

The city is still negotiating the final purchase price with the landowner, but it said it expects to close on the property within six months of the greenbelt funding being approved. The city also needs to work out an arrangement with Griffith, the 78-year-old landowner, who will continue to live on part of the property for now.

If those details can be worked out, city leaders will also need to appropriate money for the first phase of the new park.