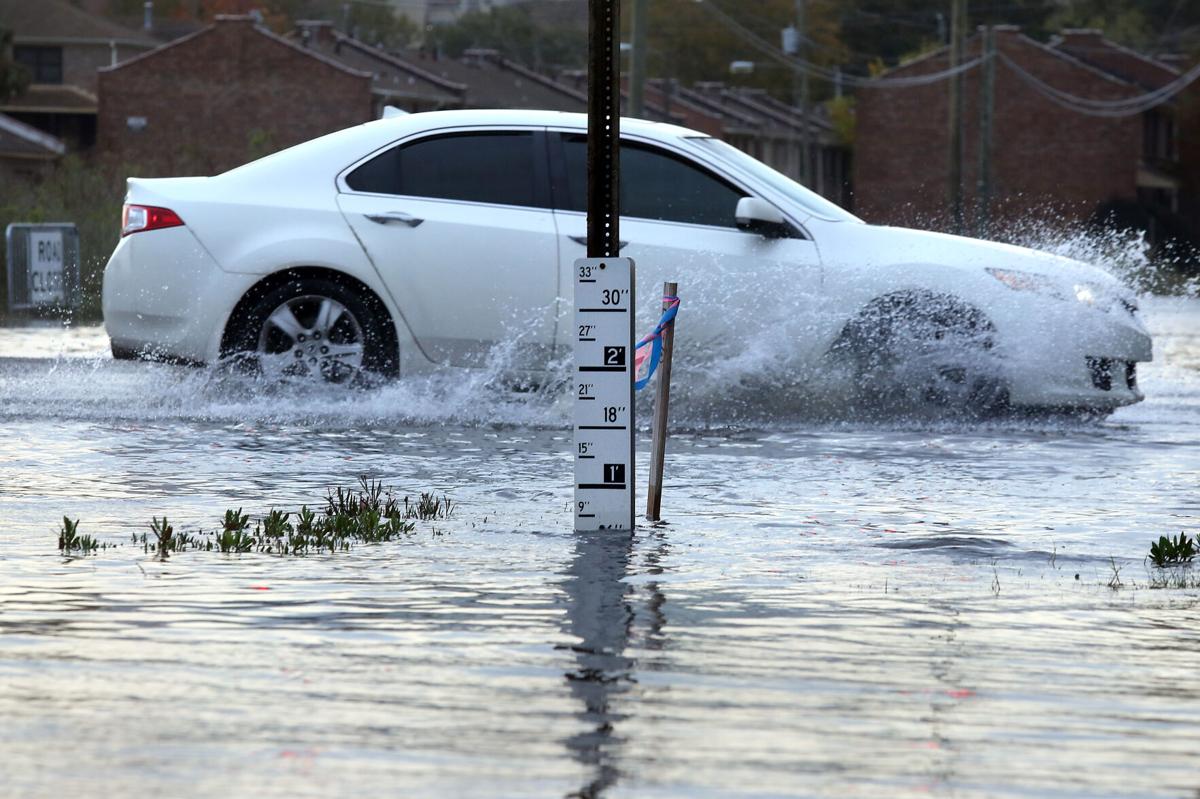 A driver passes a flood gauge at the corner of Hagood Avenue and Fishburne Street on Monday, December 14, 2020. A high tide caused flooding in low-lying areas in Charleston. File/Brad Nettles/Staff 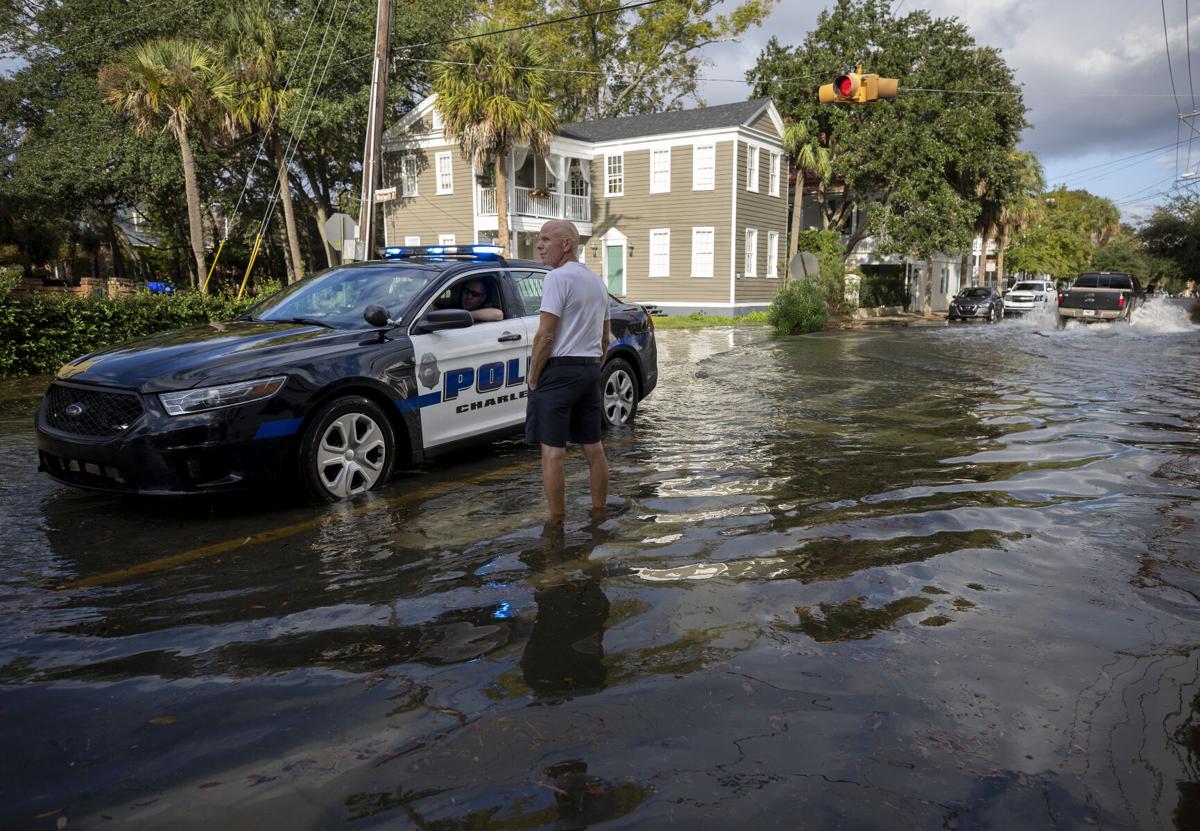 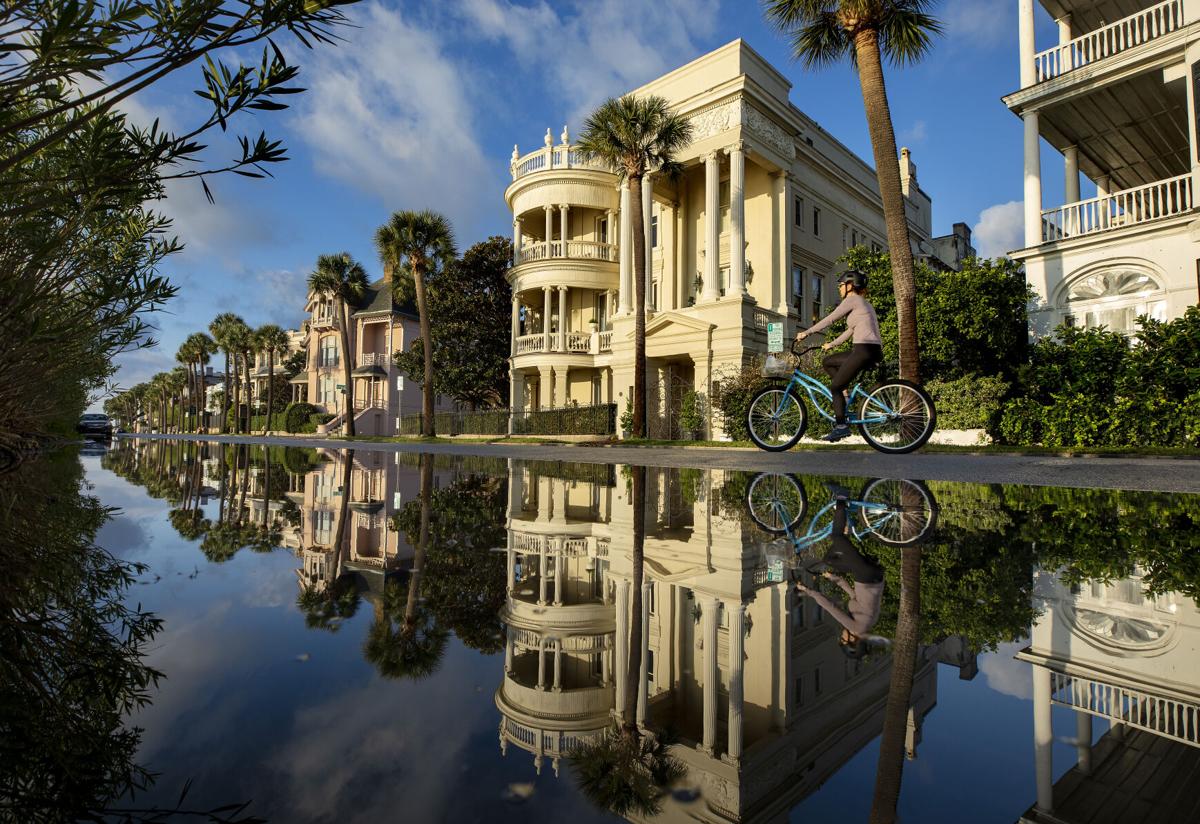 The morning tide on Saturday, Nov. 14, 2020, that peaked at 7.86 feet caused some flooding along Charleston's Battery. File/Grace Beahm Alford/Staff

It recorded 68 tidal floods — the second-most ever at the station.

The database of flood events maintained by the National Weather Service dates to 1953.

2020 also brought the highest ever amount of "major" tidal floods, when water levels rise to 8 feet, causing significant disruption in the region. That happened seven times last year, which is an even more remarkable milestone considering the region was not directly affected by a hurricane.

While 2020's records are just one data point, it's another sign that tidal flooding in the city driven by man-made climate change is worsening. The pace of flooding is speeding up, according to institutions such as the Virginia Institute of Marine Science, which has plotted an exponential trend of higher seas for Charleston.

"So far it seems that the last 10 years we’ve seen a definite acceleration," said Doug Marcy, a coastal hazards specialist with the National Oceanic and Atmospheric Administration in Charleston. "Whether it stays that way for another 10, that’s a good question."

Steve Rowley, the science and operations officer for the Weather Service in Charleston, said certain factors in the region have always led to tidal flooding: the low-lying nature of Charleston, spring and fall periods when the moon is closer to the Earth, and weather patterns where northeast winds pile water against the shore.

As seas rise, he said, that makes it easier for a weather event or lunar cycle to push water on to land.

Among the most striking data points last year was that Charleston broke its record for a major flood without any hurricanes coming ashore, even as a historic 30 named storms spun in the Atlantic basin.

Two tropical systems had a minor impact on the city — the relatively weak Tropical Storm Bertha washed across the Lowcountry in May and Hurricane Isaias passed offshore in August. Neither one contributed to a major tidal flood.

"That's a little concerning" that a hurricane, which can push surges of water ashore, didn't play a part in Charleston's record, Rowley said.

Mark Wilbert, the chief resilience officer for the city of Charleston, said that for some in the city it may not have felt like a record year because there were fewer intense rainstorms that swamped the region.

But for him, the trend of accelerating flooding is clear.

Other records have fallen within the past decade, including 2015, the year with the third-most total floods, according to the Weather Service database.

"If you look at the data from the last five years, we as a city can not afford to ignore it," Wilbert said.

The city is in the midst of several projects to deal with tidal and rainfall flooding, including the final stages of the underground Spring-Fishburne drainage tunnels and a feasibility study by the Army Corps of Engineers on a wall that could protect downtown from surging tides.

More detail on the Army Corps proposal is expected in the first quarter of this year.