Authorities on Friday released the final report of a months-long audit of the Charleston Police Department that found evidence of racial disparities and problems with training and other areas of the department.

Its 48 recommendations span police use of force, concerns over discriminatory traffic stops, lack of sufficient leadership training, effectiveness of community policing efforts, and complaints made against officers, among other categories.

The Racial Bias Audit concludes that the Police Department has begun addressing its major areas of needed improvement.

"The department is on the right path toward transformation," the report said. "Updates to policy, a greater focus on substantive community engagement, and enhanced accountability mechanisms are just a few areas that CPD has begun addressing. However ... CPD has much work to do to mitigate the issues discussed in this report."

An audit of the Charleston Police Department found glaring issues. What will be done about it?

Auditors said that forming partnerships with the communities they serve will be essential in "ensuring that required changes are institutionalized" and in changing police culture, and that community input will be necessary for continue success in implementing the report's recommendations.

Police officials began addressing a number of the findings before the audit concluded, according to a department statement. Updates regarding the progress of the different recommendations will be made available on the department's website under the Racial Bias Audit tab.

“We own this audit and we embrace it,” said Charleston Police Chief Luther Reynolds. “It will make us better as a department, and it will strengthen the bond between the police and the community.”

The audit focused on five key areas: use of force, traffic stops and field contacts, internal and external complaints, recruitment and hiring, and community engagement.

A review of data on traffic stops from 2014 to 2018 found potential racial disparities between how often officers pull over and conduct searches on white drivers versus people of color, but suggested the disparity in the data was not wholly caused by black drivers being pulled over more frequently.

“Our findings of disparities in stop rates by race and searches by race suggest the possibility of bias in law enforcement decisions,” the report said. “Community members often noted that the types of violations for which police stopped them seemed minor ... and they wondered if officers were purposely looking for minor violations as a reason to run their driver’s license and/or conduct a search."

Auditors noted that some of the disparities arise from officers stopping other minority groups, such as Hispanics.

The report recommended the department provide its officers with additional training, pushed for that training to begin within the next year and for the department's traffic unit to create a new strategic plan.

“The community experiences these disparities regardless of underlying causes, the report said. "A strategic approach to traffic enforcement ensures that violations that directly affect the safety and wellbeing of the community ... are prioritized and serve as the primary focus of the Traffic Unit,” the report said.

“Based on our analysis, minorities are overrepresented in use of force incidents compared to the Charleston population,” the auditors wrote.

The report noted that out of nearly 1,400 use-of-force incidents from 2014 to 2018, more than 60 percent involved black residents even though black residents account for only about a fifth of the city’s population.

The auditors also found inconsistencies in how the Police Department reviews use-of-force incidents and how it compiles data on them. They also noted that the department only reviews its rules — including its use-of-force policies — when it’s up for re-accreditation or “after a particular issue arises.”

And they said that the department is too quick to erase body camera footage. In some cases they keep it for just two weeks, meaning that video files may have been deleted before residents have a chance to file a complaint.

"Although the department's overall demographics are fairly representative of the larger city population, it is clear that diversity is still an issue on a number of teams," the report said.

The department continues to try to increase diversity among its rank and file but lacks a strategic plan directing such efforts, the report said.

"Although CPD has incorporated additional training hours into its training academy and in-service training, topics are informally chosen each year by leadership and training staff," the report said.

Community members surveyed for the report said they had lost trust in the department’s complaints process, and some had given up on the mechanism altogether. Those who had submitted complaints often waited for months for a response, or never heard back at all.

“The lack of timely responses and transparency in the outcomes related to their complaints left community members with a lack of confidence in CPD’s complaint process and its ability to hold officers accountable,” according to the audit.

Among the 90 complaints from community members analyzed in a five-year period, 63 percent were submitted by members of the black community. About a quarter of the city’s population is black, according to the most recent Census. The audit team found a third of the allegations were unfounded.

Auditors recommended creating a revised complaint process that can classify allegations by seriousness, and advocated for greater transparency regarding the nature of complaints filed and how they were handled.

Community members were concerned about "the inconsistency in patrol officer assignments to their neighborhoods" which "prevented them from becoming familiar with and building relationships with the officers in their communities," the report said.

The audit found that officers' community policing activities are not factored into annual performance evaluations, and should be.

The department doesn’t have established goals or objectives associated with community policing and “as a result, community-policing principles are not a proactive part of an officers operational priorities,” the report said.

Residents also said they were unsure of their rights when interacting with police, especially during a traffic stop or contact in the field, and felt the department should work on diversity training.

The department doesn’t have established goals or objectives associated with community policing. Auditors suggested the department create community-policing strategies for officers working in each part of the city.

Auditors also recommended the department partner with the Police Athletics League or a youth mentorship program, and found that officers' community policing activities are not factored into annual performance evaluations, and should be.

Since the preliminary report was released in September, Charleston police officials have said they're hard at work instituting the changes and are committed to seeing the process through.

One of the immediate priorities is training for officers promoted to new, managerial positions. Reynolds said that includes 16 hours of training in November.

Police Department reforms will be shaped through the city’s budget, currently being drafted. City Council is expected to give its approval in December.

By the end of the calendar year, Reynolds will have a report listing all of the audit’s recommendations, who in the department is responsible for addressing each, timelines for implementation, checkpoints on when to expect followups, and a status update on what’s been completed. 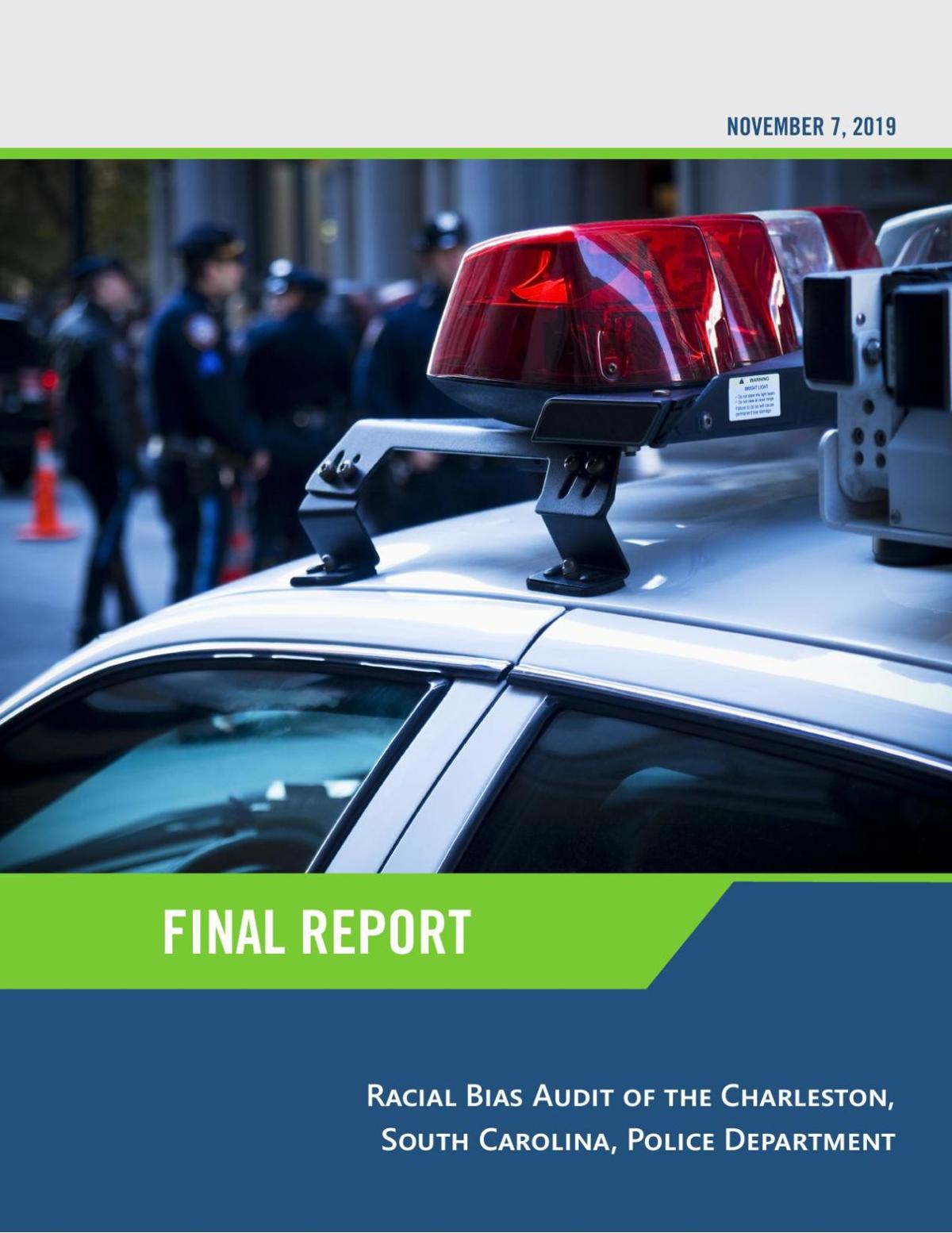 Residents are encouraged to provide feedback on the audit report by emailing smartjustice@cna.org.