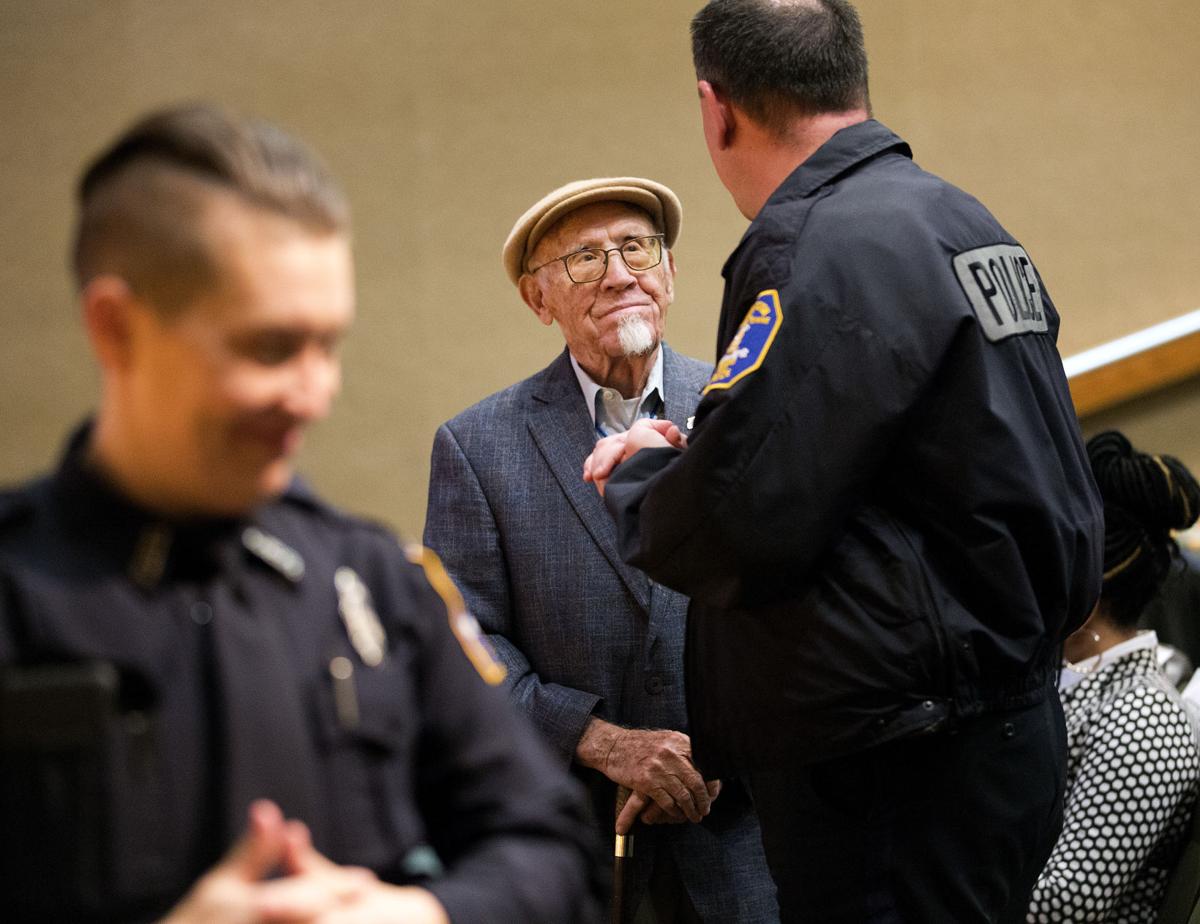 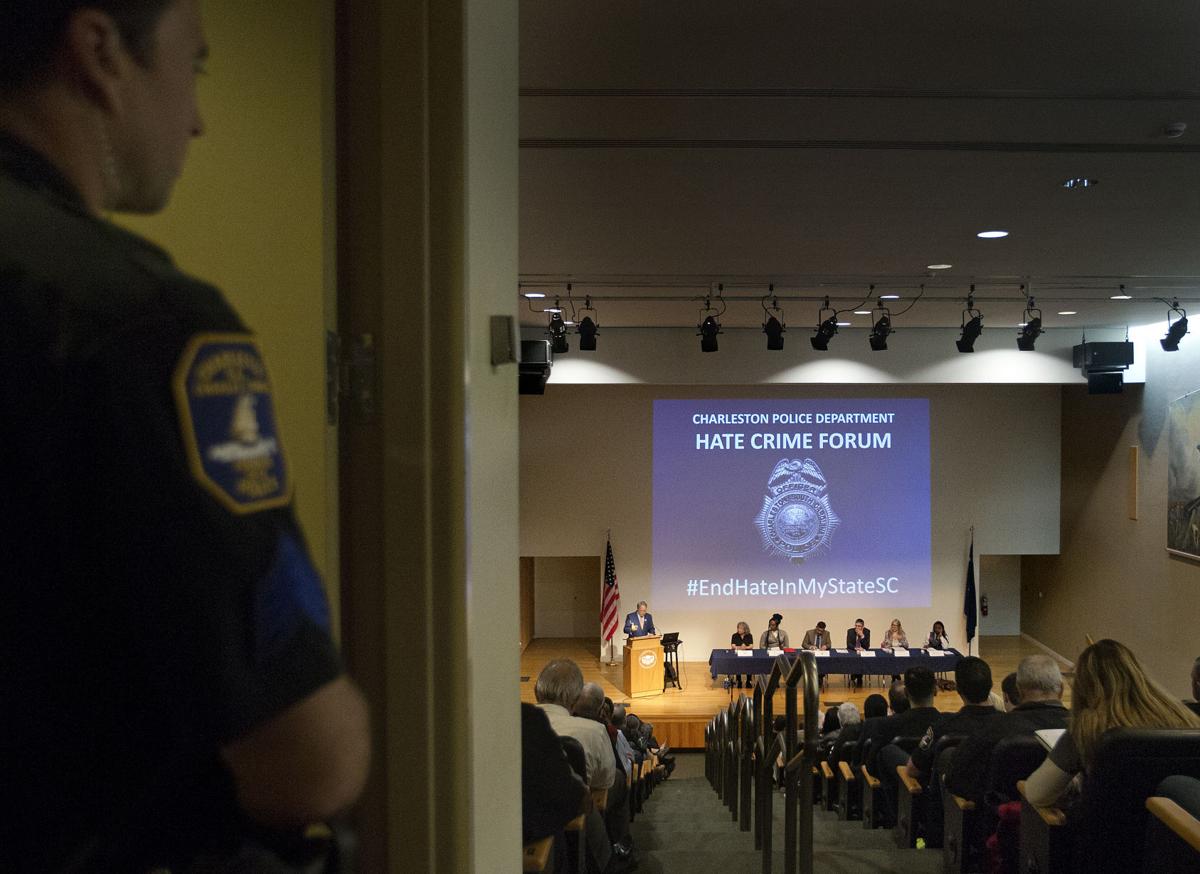 When news broke in the fall of a shooting at a Pittsburgh synagogue, Charleston area leaders saw echos of what happened at Emanuel AME Church more than three years before.

Both were hate crimes, which cannot be allowed to continue, they said.

To that end, the Charleston Police Department held a Hate Crime Forum on Wednesday night at the Charleston Museum. The event, held in an auditorium that was standing room only, featured speakers ranging from city leaders to survivors of hate crimes. Its message: Fight against hate of all forms, educate and spread love.

Mayor John Tecklenburg kicked things off by recounting his and other local leaders' struggles the day after the Pittsburgh shooting. They knew South Carolina was one of only five states in the nation to lack a hate crime law.

Legislators  in Columbia had previously tried to pass a hate crime bill, but Tecklenburg and others were tired of waiting on lawmakers to act. Roughly a month later, city officials passed a city hate crime ordinance.

But that ordinance, while a positive step forward, cannot be used with crimes that would be adjudicated in state court, Tecklenburg said.

"Charleston is no place for hate," the mayor said.

Earlier on Tuesday, the Southern Poverty Law Center reported that the number of hate groups in South Carolina had climbed for the third year in a row in 2018.

Naomi Broughton, a deputy chief in the Charleston Police Department, said the idea for Wednesday's forum began three months earlier and builds on strides taken by the department over the last year.

"We depend on our community to work with us to stand up to hate," she said. "Everyone has a role to play in solving this problem."

Joe Engel, a Charleston resident and survivor of the Holocaust, shared his story, receiving a standing ovation.

Engel spoke of being forced to live in a ghetto before eventually being sent to Auschwitz.

"Thank goodness a few of us survived," he said. "They couldn't kill everybody. We survived to tell the story."

Engel encouraged the crowd to embrace each other with love instead of spewing hate.

Closing out the list of speakers was Jennifer Pinckney, widow of Clementa Pinckney, state senator and pastor at Emanuel AME who died in the 2015 shooting.

Pinckney spoke of her struggles after losing her husband and having to care for their two daughters as a single mother. She also spoke of grappling with the aftermath of the racially-motivated attack.

"It's one thing to deal with a mass shooting," she said. "It brings it to another level when the motive is due to hate."

Pinckney said she's found herself still thrust into a spotlight and tries to protect her children so they can live their lives as they had when their father was still alive.

The shooting, she found, has changed her.

"I relive that night over and over," Pinckney said. "I've become very cautious of people and my surroundings."

Another forum will be held at 6:30 p.m. March 11 at 720 Magnolia Road, Cherry said. The Alliance for Full Acceptance is hosting state Rep. Wendell Gilliard, who is co-sponsoring a South Carolina Hate Crime Bill that would allow hate crimes to be prosecuted at the state level.