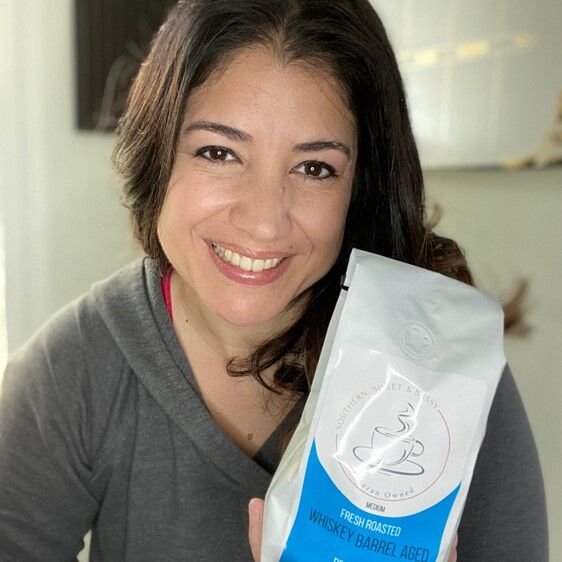 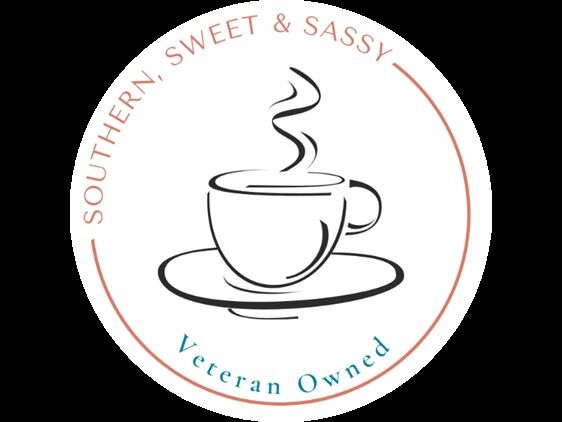 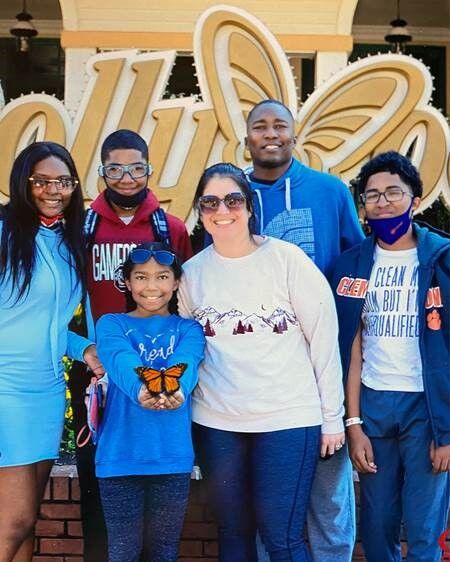 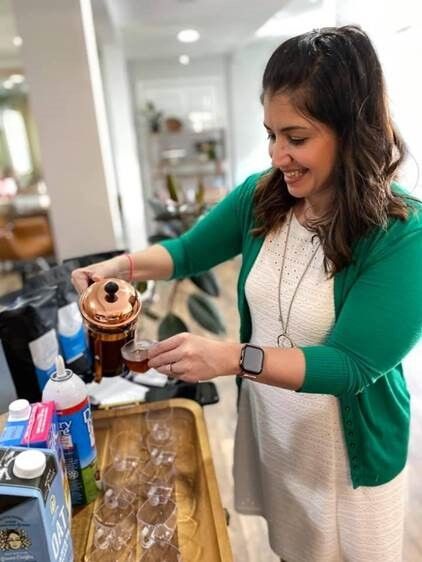 Melissa Green met her husband Landis while building torpedoes for the Navy in Hawaii.

The Puerto Rican from California fell in love with the South Carolina native on the shores of Ewa Beach, Oahu, during the couple's overlapping tour, and they returned to the island for their wedding in 2004.

Little did they know that in 2014 they'd end up back in Landis' home state after years traveling across the country and beyond for the Navy.

Now, they live in the Cane Bay neighborhood in Summerville with their four kids, two dogs and three cats.

After Landis retired from the military, Melissa decided it was time to pursue a dream of hers she had been waiting to chase. She received her online Master of Business Administration degree and used her newfound knowledge to open her own small coffee business, Southern, Sweet & Sassy, in January.

Her original goal was to open a cafe and bookshop combination.

"I’m a huge coffee drinker," she said. "Especially in the Navy, it was our break time. We'd go to the aft of the ship and have our break drinking coffee and talking. It's kind of the only way you can have a break."

She pivoted to align with the digital age, still keeping her love for coffee at the center of the business.

The online operation, hosted by e-commerce platform Shopify, is what she calls "roast-to-table." That means the beans aren't roasted until an order is placed, ensuring freshness.

While large-scale companies like Dunkin' Donuts and Starbucks can keep their bulk beans in inventory for four to six months before they hit the shelves, Green said Southern, Sweet & Sassy's beans arrive during their proper pique.

"Seven to 14 days after a coffee bean is roasted is actually the optimal freshness," Green said.

"I’ve aligned with them because they share my morals and values," Green said. "They’re a small, family-owned operation themselves and everything is done in the U.S., which is very important to me."

"Our entire process is designed to be efficient but not sacrifice quality," shared the roasting company in a statement. "Each batch of warm coffee comes out of the roaster and is packed for shipping while still warm."

Green offers 39 flavors on her website, from a French Roast to "Cowboy Tough" with cocoa, vanilla and caramel tones.

She chose the name Southern, Sweet & Sassy because of her residence in South Carolina and her double-nature as a "Puerto Rican and Gemini."

"We have a devil on one shoulder, angel on the next" she said of her heritage and horoscope. "And that bold personality where we can be sweet one minute and then the next we're full of sass."

Green plans on expanding her inventory to include coffee mugs, French presses and cold brew carafes. She's also applying for some local farmer's market booths so she can get her brand out in front of locals in addition to her online subscribers, of which there are around 100, she said.

She'll have a table at Joint Base Charleston's exchange exposition, where she will join other military and veteran-owned businesses on August 28.