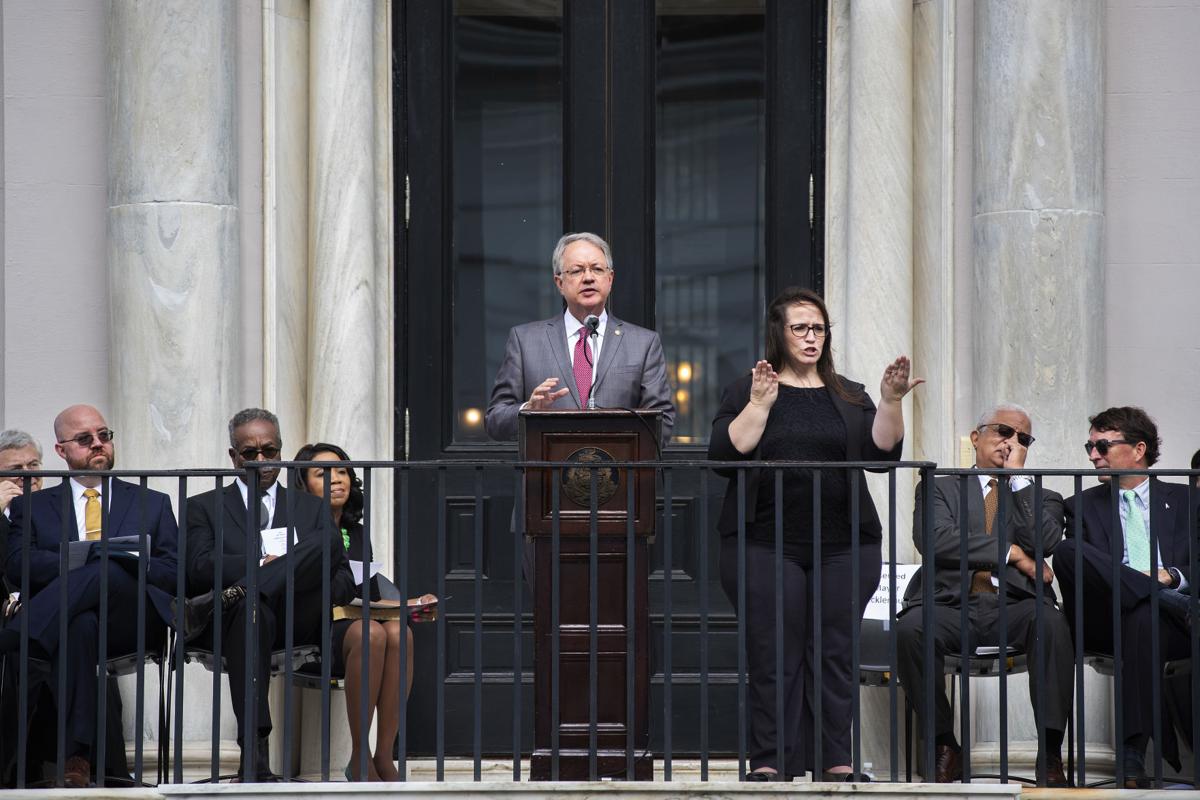 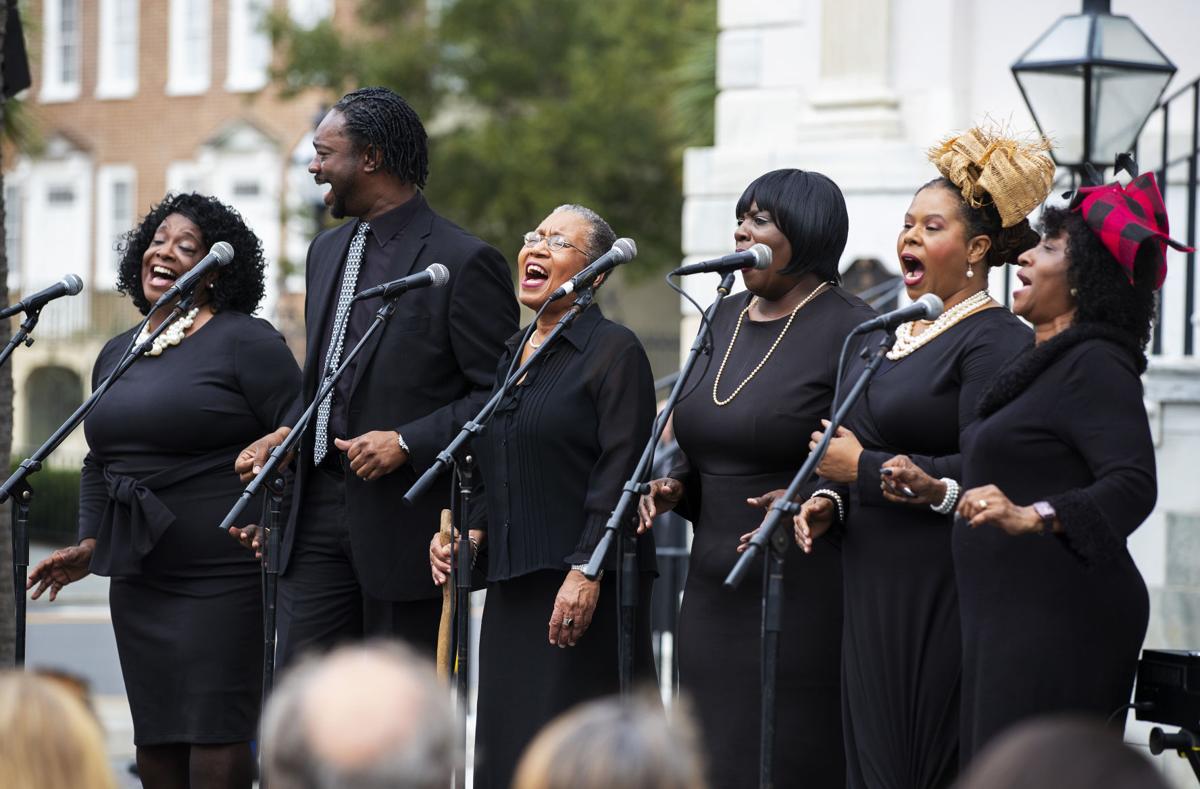 Tecklenburg suggested residents plant a rain garden, think of riding a bike or carpooling to work, or make a donation to a nonprofit that works on affordable housing projects.

"Over the last four years, we Charlestonians have seen the stark reality of climate change with our own eyes," Tecklenburg said.

"The water in Charleston Harbor is rising," he added. "King tides are higher and more frequent. Rain bombs bring traffic to a standstill almost without warning. And hurricanes have seemingly become an annual occurrence."

New regulations to stop "irresponsible" development in the Church Creek basin area are expected to be rolled out citywide, he told the 200 people who gathered in front of City Hall at midday.

In the next four years, Tecklenburg said the city must ask state leaders to expand Home Rule so that city government can collect fees on the nearly 8 million annual visitors and use that money to fund flooding fixes.

For example, city leaders sought a head tax on cruise ship passengers last year but a bill before the state Legislature didn't move. The state owns the ports and the city is barred from taxing ships that dock there.

On his promise four years ago to better manage traffic, Tecklenburg said the city secured land to build a southern and northern pitchfork on Johns Island, and that federal funding will be used to build a bike and pedestrian bridge connecting downtown to West Ashley.

He noted that the upcoming year is the city's 350th, which will include festivals, seminars and reenactments to tell the city's story of "early promise of liberty and opportunity to the moral abomination of slavery and Jim Crow."

The first City Council meeting of the year is Tuesday night. Tecklenburg is expected to give a State of the City address Jan. 28.