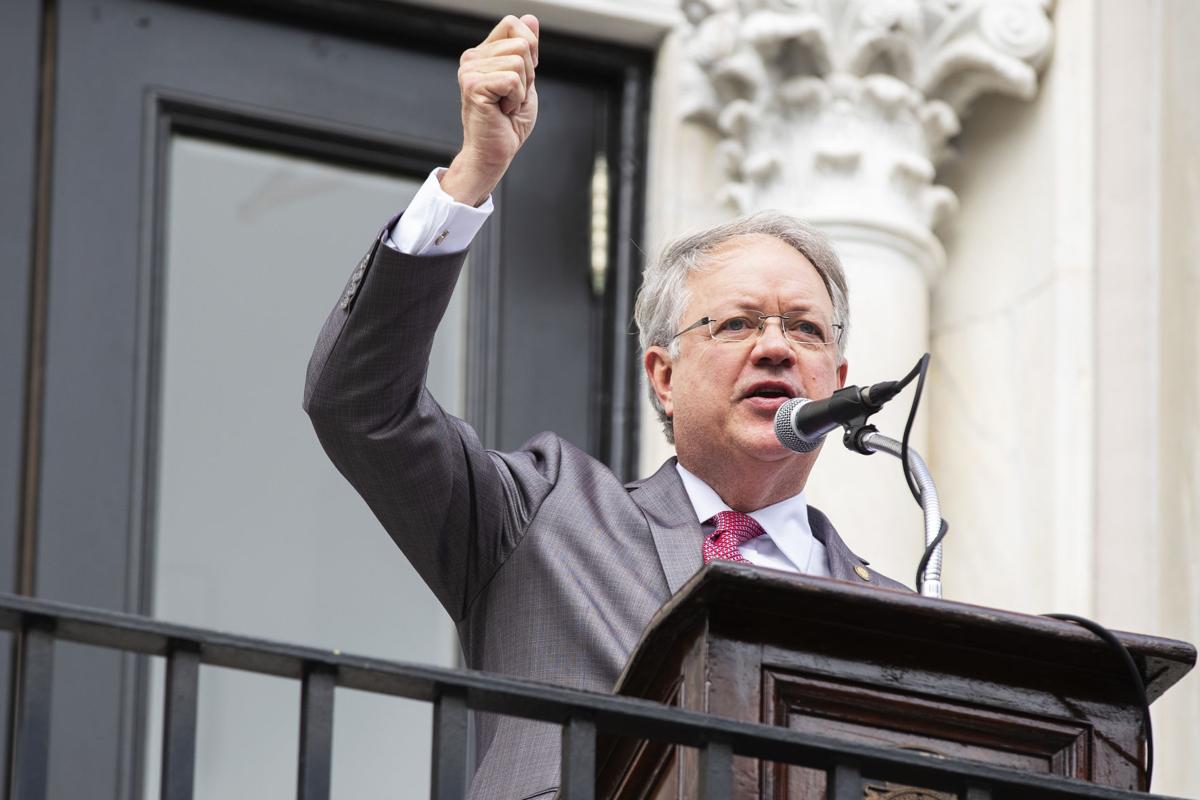 A mailer that identified over 80 projects and initiatives under Mayor John Tecklenburg's first term won a prestigious award in the political campaign world. Tecklenburg is pictured here at his second inauguration on Monday, Jan. 13, 2020. File/Lauren Petracca/Staff 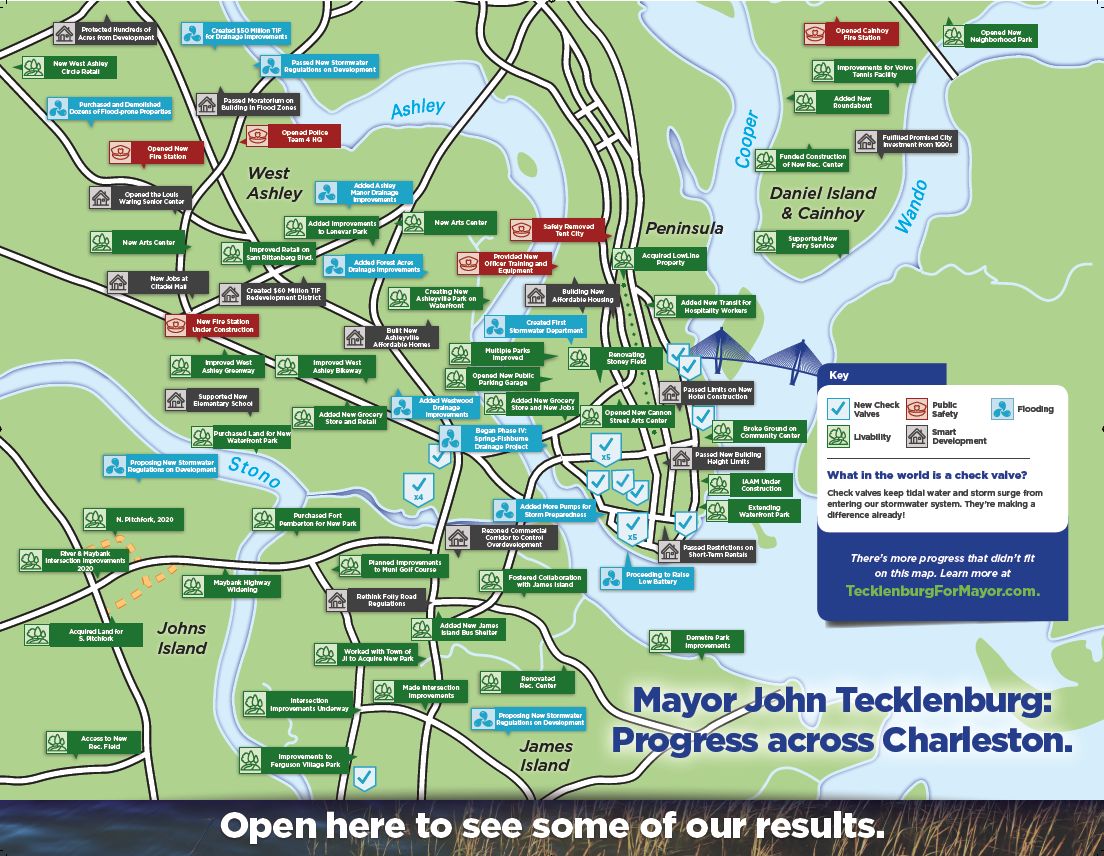 What the Oscars are for filmmakers and the Grammys for recording artists — that's what the Reeds are for political campaign professionals.

And the design company behind Mayor John Tecklenburg's reelection campaign received a few of the silver figurines at an awards ceremony in Atlanta last week, two for its work on Tecklenburg's campaign in Charleston and a third for work in Phoenix.

The glossy, fold-up map that identified over 80 projects and initiatives put in play during Tecklenburg's first term won for the "Best Mail Piece for Mayoral Campaign" for a non-partisan campaign. The mailer brought some head-shaking from Tecklenburg's opponents last year, including heated discussion on whose idea it was to install cheap but effective flooding fixtures in the city, called check valves.

The mayor portrayed in the map what he claimed were his successes, including check valve fixes. Seekings countered that the check valve fixes actually launched in his office: "It's not a personality contest," he said at the time. "It's about a record and leadership."

"I felt like at the beginning of this campaign it seemed like the knock against him was that he's a nice guy but he doesn't get stuff done. We had enough ammunition to refute that charge," Cooper said last week. "Not only is he a nice guy, but he's gotten a lot done for people in Charleston."

Cooper said Tecklenburg's reelection team began working on the map in the early summer months and described it as an "extremely painstaking" effort.

When the list was completed and given to him, Cooper said, "It landed with a thud in front of me."

Campaigns and Elections is the go-to trade publication for those in the political campaign industry. The Reed awards have been around since the late 2000s. It's for politicos to keep up to date on strategies and tactics. The Reed awards are named for Stanley Foster Reed, who founded the magazine in 1980.

In Charleston mayoral race, who gets ownership of successful flooding fix?

Awards range from TV and online to polling and research, billboards, ads and get-out-the-vote efforts around the world. There are 14 categories.

"The Reeds receive thousands of entries every year, which is whittled down to an average of five finalists in each category representing the best campaign work in the world," Co-Publisher Shane Greer said Monday. "From those finalists, a winner is selected."