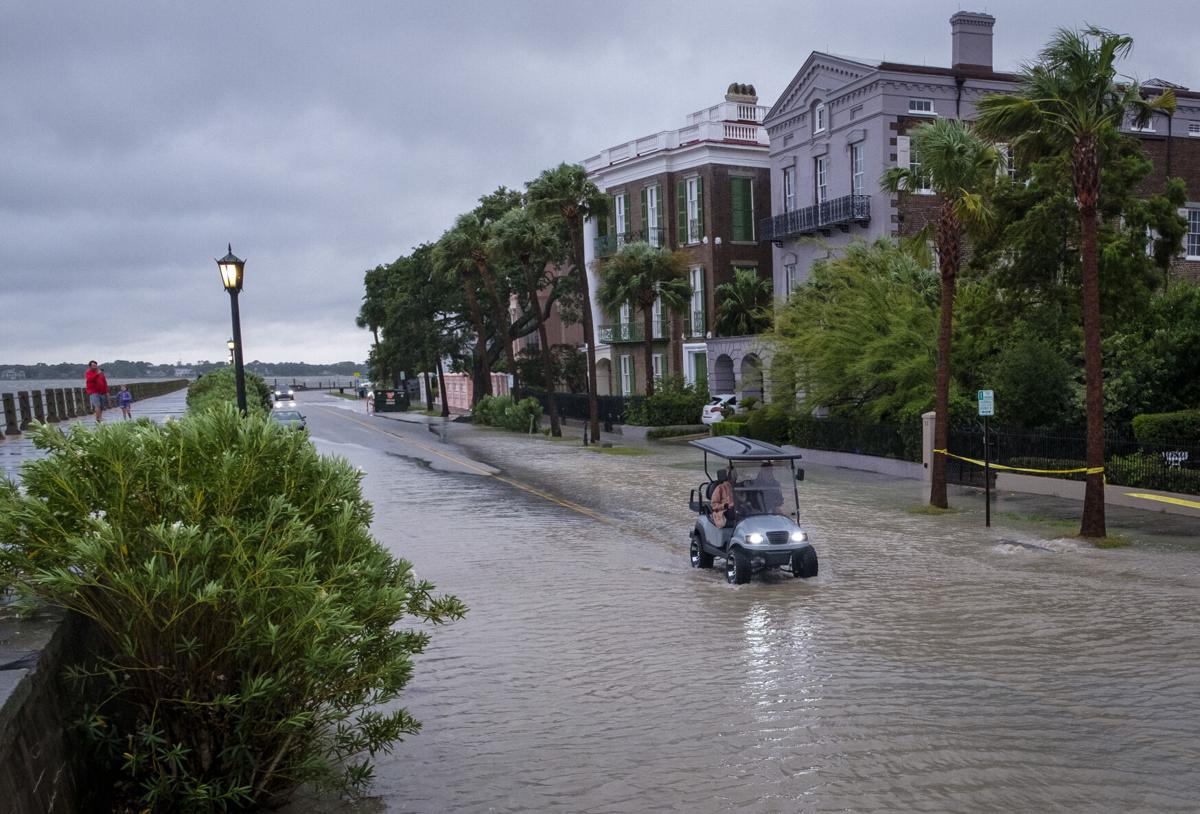 A golf cart passes through standing water along East Battery in Charleston. Isaias passed the city as a tropical storm in the summer before becoming a hurricane again. File/Matthew Fortner/Staff 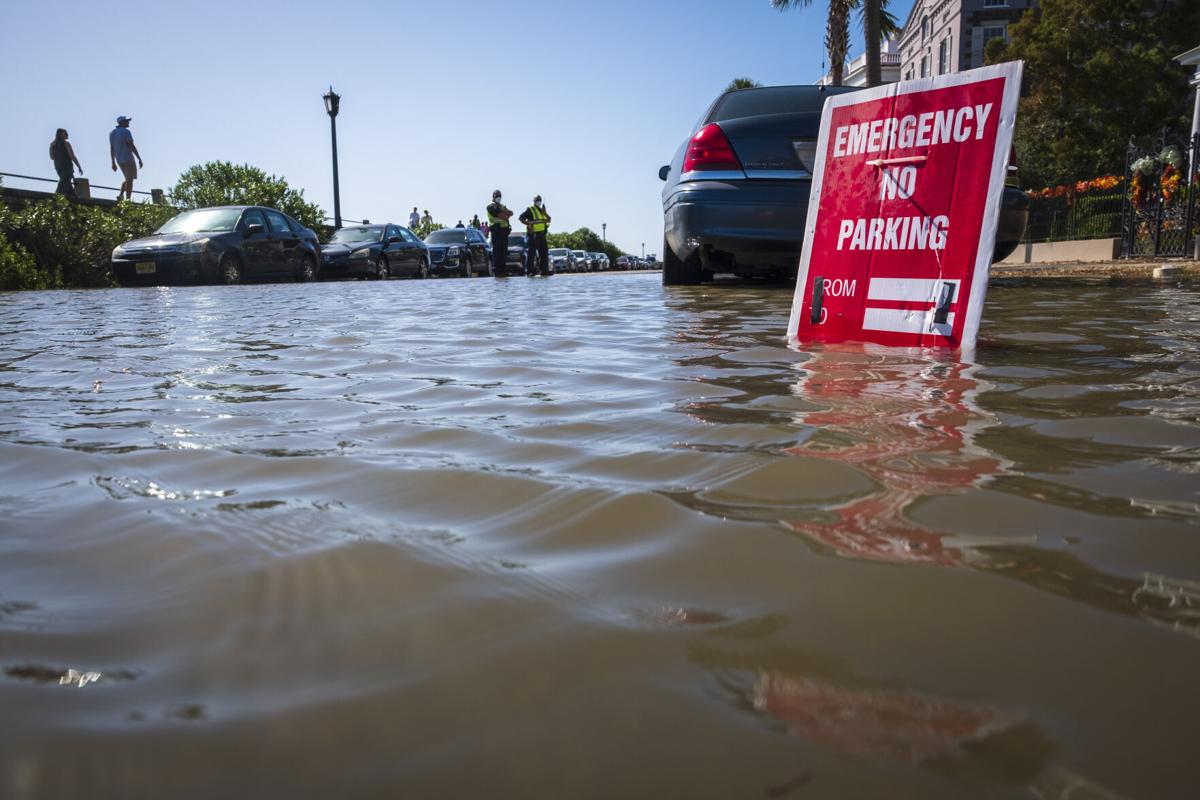 Charleston will move forward with an Army Corps of Engineers plan to repel hurricane surge, including a wall around most of the downtown peninsula.

In a letter to the Corps, Mayor John Tecklenburg said Charleston will not pursue an independent plan for hurricane protection. That means Charleston has tacitly agreed to proceed with the Corps' proposal. It is the most ambitious to date to protect the historic, low-lying city from flooding, and also the most expensive. Early cost estimates are around $1.75 billion.

An 8-mile wall would reach as high as 8 feet off the ground. A breakwater would slow waves below the peninsula's southern point. Five pumps would push rainfall outside the perimeter. And in some areas, the Corps calls for "non-structural measures," which may mean retrofitting flood-prone homes or removing them altogether.

Charleston hired the firm Waggoner & Ball to review the proposal, which aims to protect the dense city center from the wall of water that a hurricane pushes onto land. It is not intended for the sea level rise caused by climate change, but some in the region say it will ultimately serve that purpose as water levels in Charleston Harbor swell in the coming decades.

While Waggoner & Ball had suggestions, they did not reach the point of scrapping the plan, Tecklenburg wrote in his Monday letter.

He wrote the city will continue to work with the Corps in "designing a project that will preserve the historic fabric of the city, assist with other flooding threats, and respect the public domain, economic realities, neighborhood identities, and quality of life in the future."

On Tuesday, Charleston Chief Resilience Officer Mark Wilbert said the Corps' plan was "the best course of action." In part, that's because there's flexibility on the finer details.

The city can add on to the base plan, Wilbert said, including aesthetic improvements and changes to the wall's alignment. But the cost of these "betterments," as the Corps calls them, have to come out of the city's cost share.

Charleston would pay 35 percent of the total price, or an estimated $600 million. But the city does not have to pay that amount by itself. The state or private interests may contribute if Charleston persuades them.

The costs could also change as the plan is refined, and the mayor's Monday letter has not yet committed the city to its financial share. The city has to make that commitment next year.

In fact, the whole project is dependent on congressional action to approve the 65 percent federal share, which may not come for years. And depending on how long that takes, construction and material costs could rise.

Already, several groups and residents have weighed in on the first draft of the plan with suggested changes. Federal agencies worry that cutting through marsh will disrupt aquatic habitat. Some landmarks outside the perimeter, such as the S.C. Aquarium, said they have important low-lying assets that need protection, as well.

Another concern is how vibrations from construction will affect the many historic structures that sit near the water's edge.

The preliminary nature of the study, released as a first draft in April, left several outstanding questions. One is whether the wall will trap rainfall inside the city in a "bathtub effect." The Corps says five pumps will offset this, but some areas of the peninsula are already swamped by hard rains many times a year.

Another major question is whether the wall would push water into nearby areas like West Ashley, James Island or the town of Mount Pleasant. The Corps is working now on projections of whether this effect and the bathtub effect would be significant.

The Corps is planning to release an updated draft of the plan sometime in the first quarter of 2021. Another 30-day public comment period will begin after that.