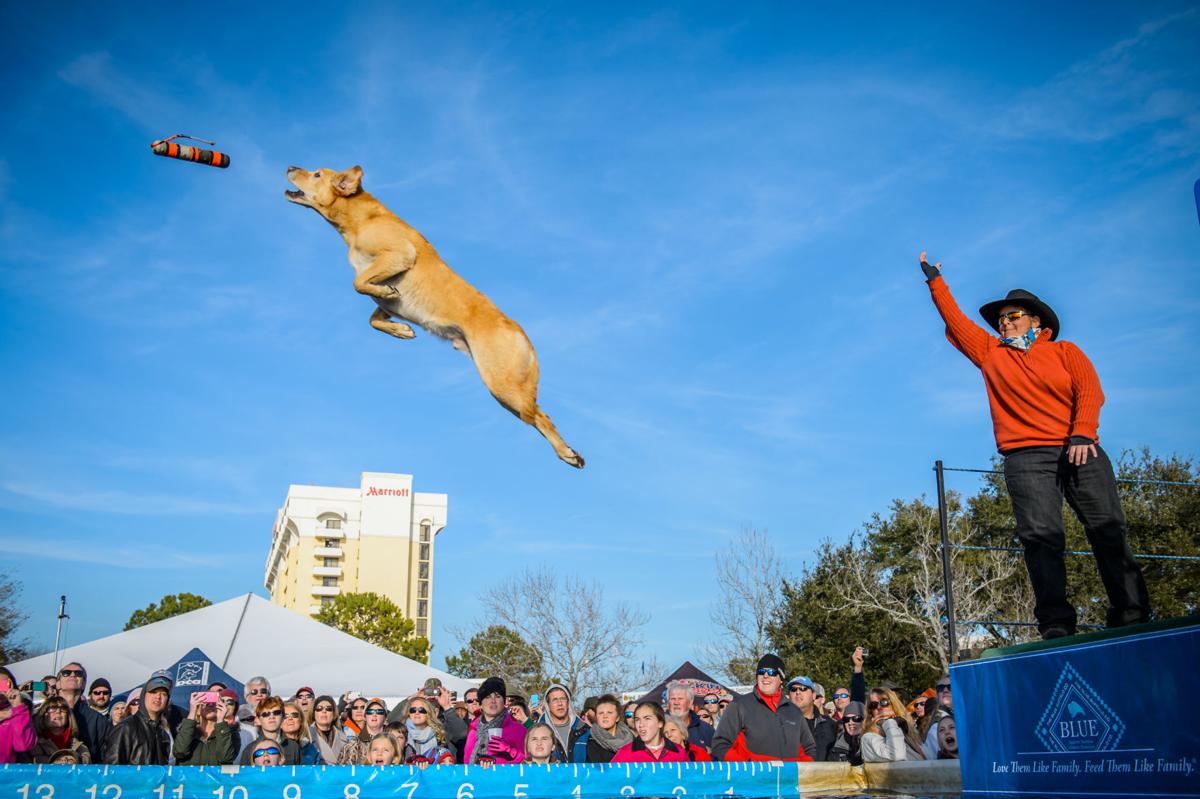 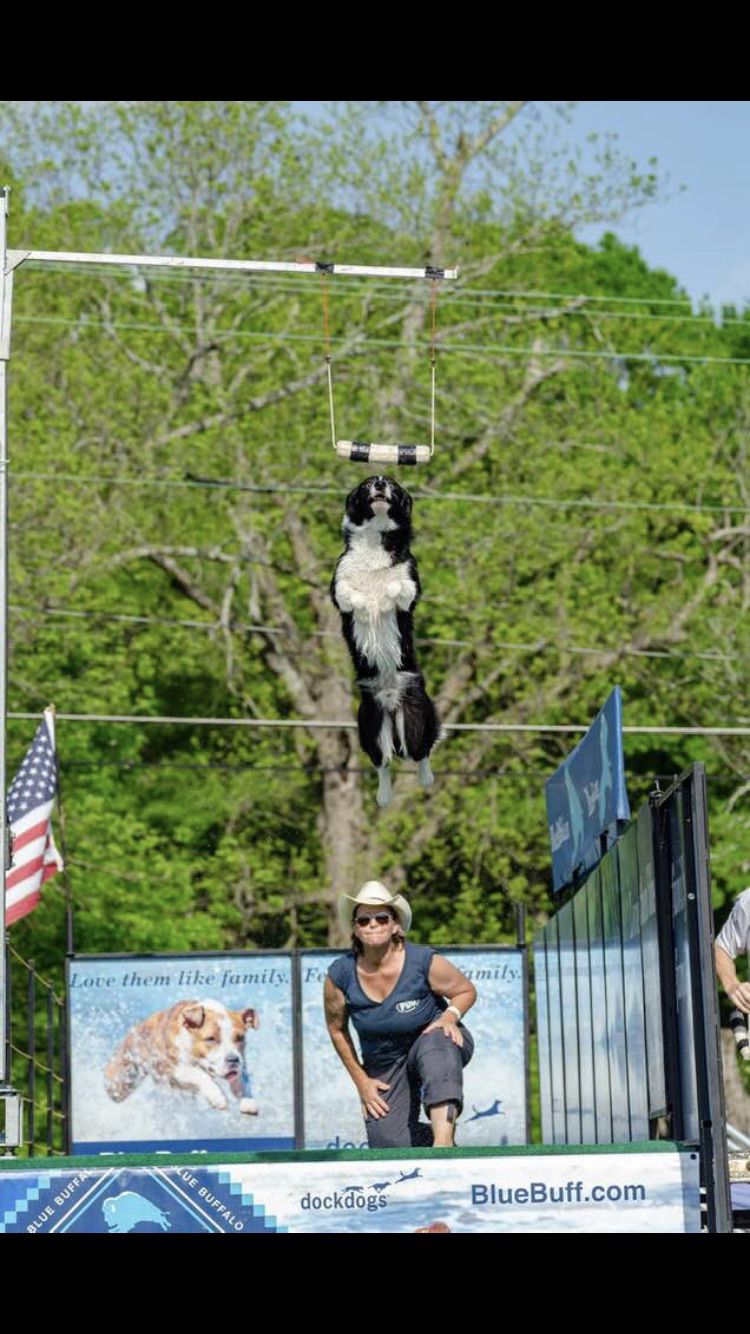 Deb Feller watches her dog, Raylan go after a toy during the 2019 SEWE. Provided

Deb Feller watches her dog, Raylan go after a toy during the 2019 SEWE. Provided

Charlotte Troy was hooked the first time she hopped on YouTube and saw dogs sprinting down a dock before leaping into the air in search of a chew toy.

That was in 2017. She would spend the next two years trying to figure out how she could bring that experience to Benji’s Bed and Breakfast on Pawleys Island.

“We not only teach diving and swimming, but we offer water therapy and exercising for dogs,” said Troy, the owner of the kennel. “This sport is really growing and we’re already seeing people from all over the Southeast region who need a facility to train.”

Just three South Carolina locations are registered with the North American Diving Dogs, a governing body for training and competitions. Simpsonville has a facility, as does Ridgeland.

Feller is the president of the Charleston chapter of DockDogs, an international group dedicated to aquatic competitions for canines of all sizes and breeds. She and a few other group members made the trip to South Carolina’s newest offering.

“It’s a beautiful facility,” Feller said about Benjis, roughly 25 miles from Myrtle Beach. “We’re always in search of somewhere to train, so it’s great that we have a place just a couple of hours away.”

Feller has been advocating for a similar facility in the Charleston area for years. The local Dockdogs chapter has about 25 members and many of them have more than one dog that competes.

That would be really helpful for when they’re preparing for the Southeastern Wildlife Exposition (SEWE) at Brittlebank Park. Each year, the dock diving contests are among the most popular at the event.

Feller is still holding out hope for the Lowcountry. She wants the regulation, 40-foot dock and same length pool so local dogs can properly train. That would be a step up from the ponds they have to use in the Charleston area.

Feller has traveled to North Carolina, Florida, New York, Pennsylvania and several other states for contests.

Arguably the most glamorous competition is Big Air, which is best described as a doggie long jump. Owners toss the toy and the dogs’ distanced traveled is measured.

Feller’s dogs, Doni and Raylan, also compete in Extreme Vertical, similar to a high jump, and Speed Retrieve, which times how fast a dog can retrieve a toy.

For the highly competitive, all of those scores are often tallied into Iron Dog contests.

“It gets really competitive,” Feller said. “And you start to meet people in person and online. It’s really a lifestyle for owners and their dogs.”

Benji’s Bed and Breakfast is adding its name to the mix. They’ll host their first North America Diving Dogs tournament on Aug. 21.