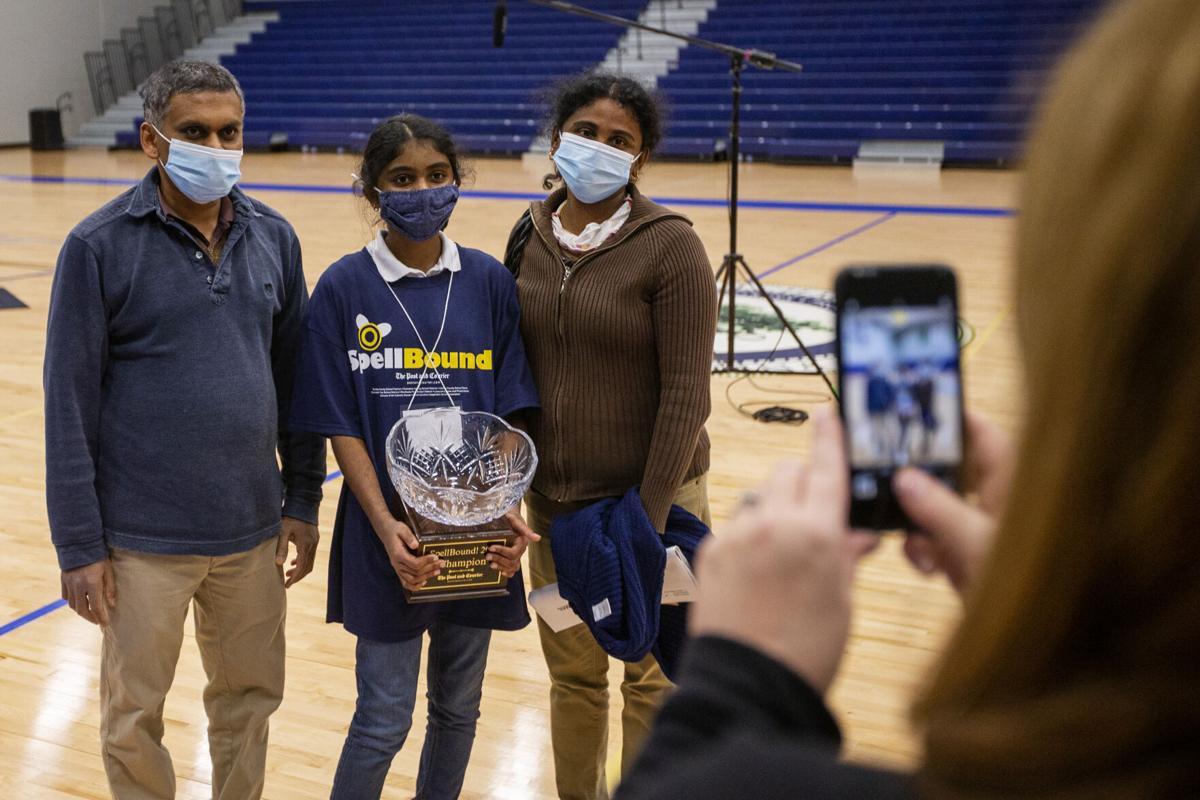 Keerthana Samuel, of C.E. Williams Middle School, stands in between her parents, Devadoss Samuvel (right) and Kamala Sundararaj, for a photo after winning the annual Spellbound! regional spelling bee at the North Charleston Athletic Center on March 26, 2021, in North Charleston. Gavin McIntyre/Staff 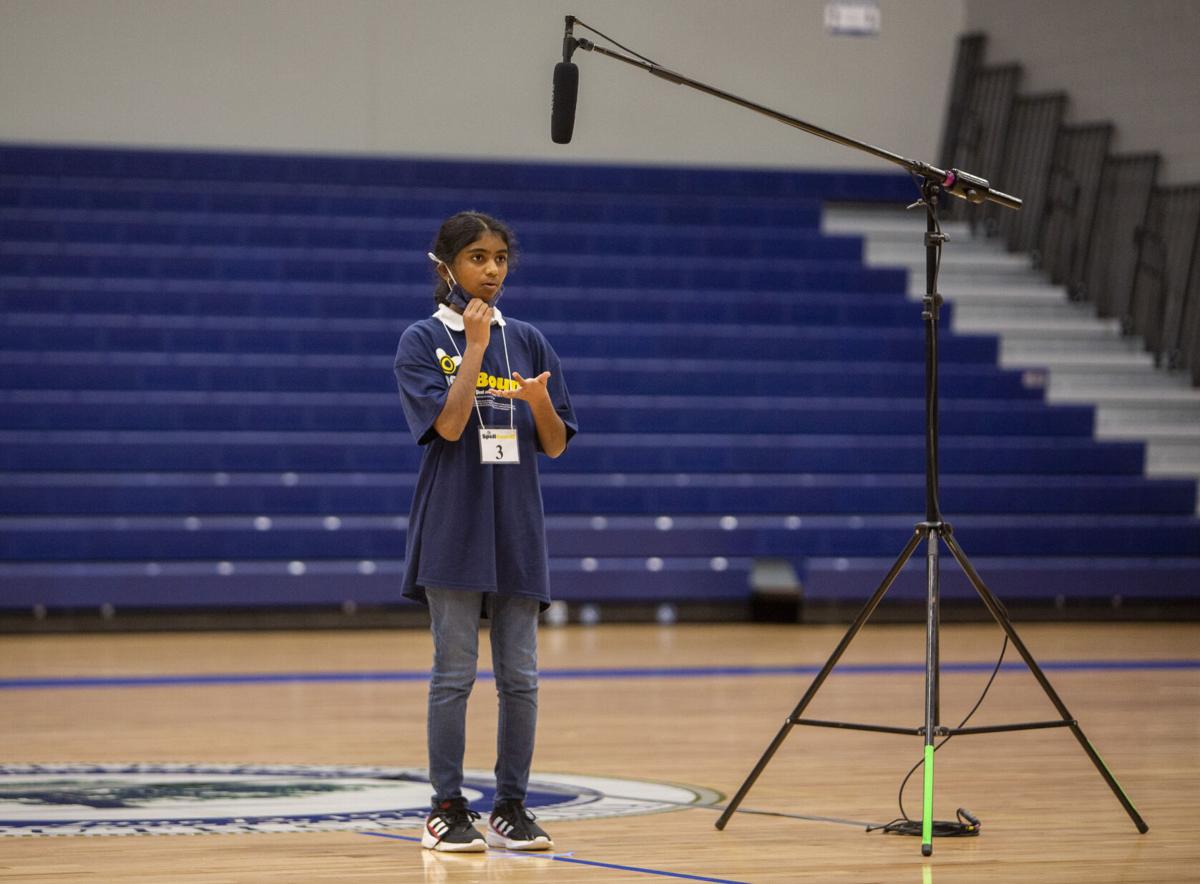 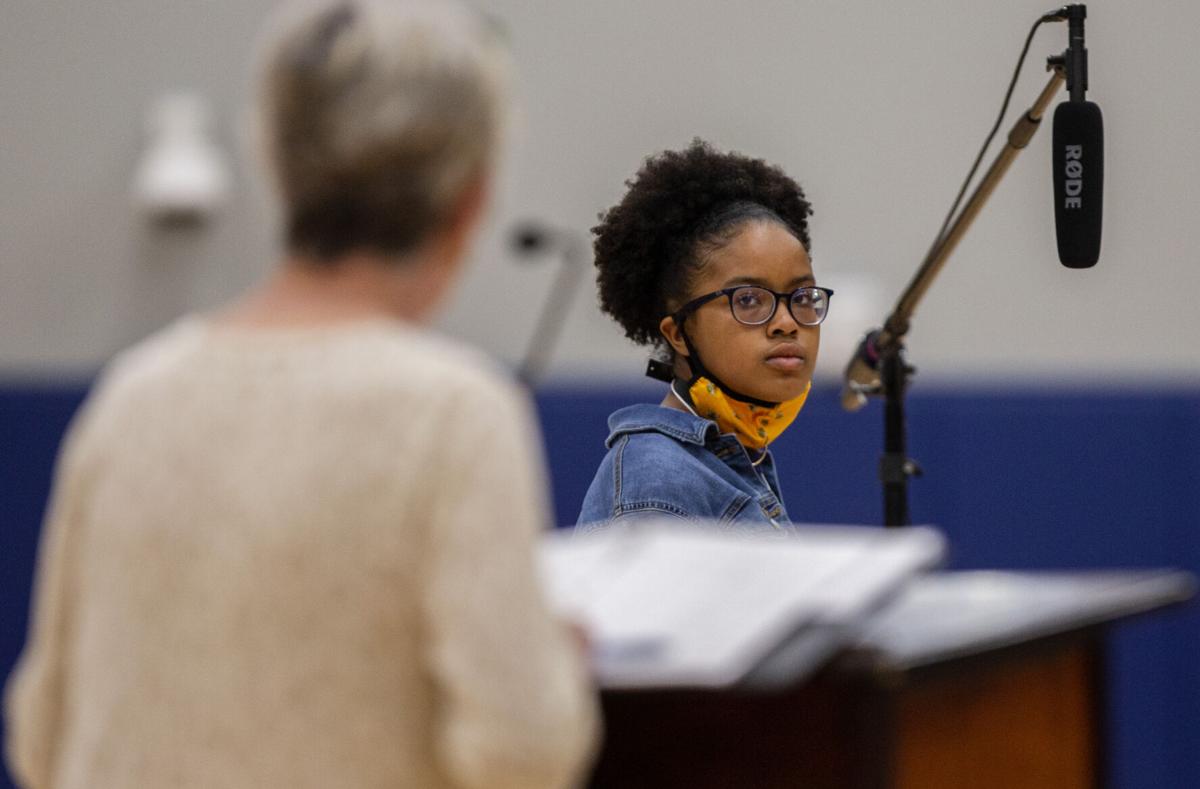 Dominique Dawson of Rollings Middle School of Arts waits to spell a word during the annual Spellbound! regional spelling bee at the North Charleston Athletic Center on March 26, 2021, in North Charleston. Gavin McIntyre/Staff 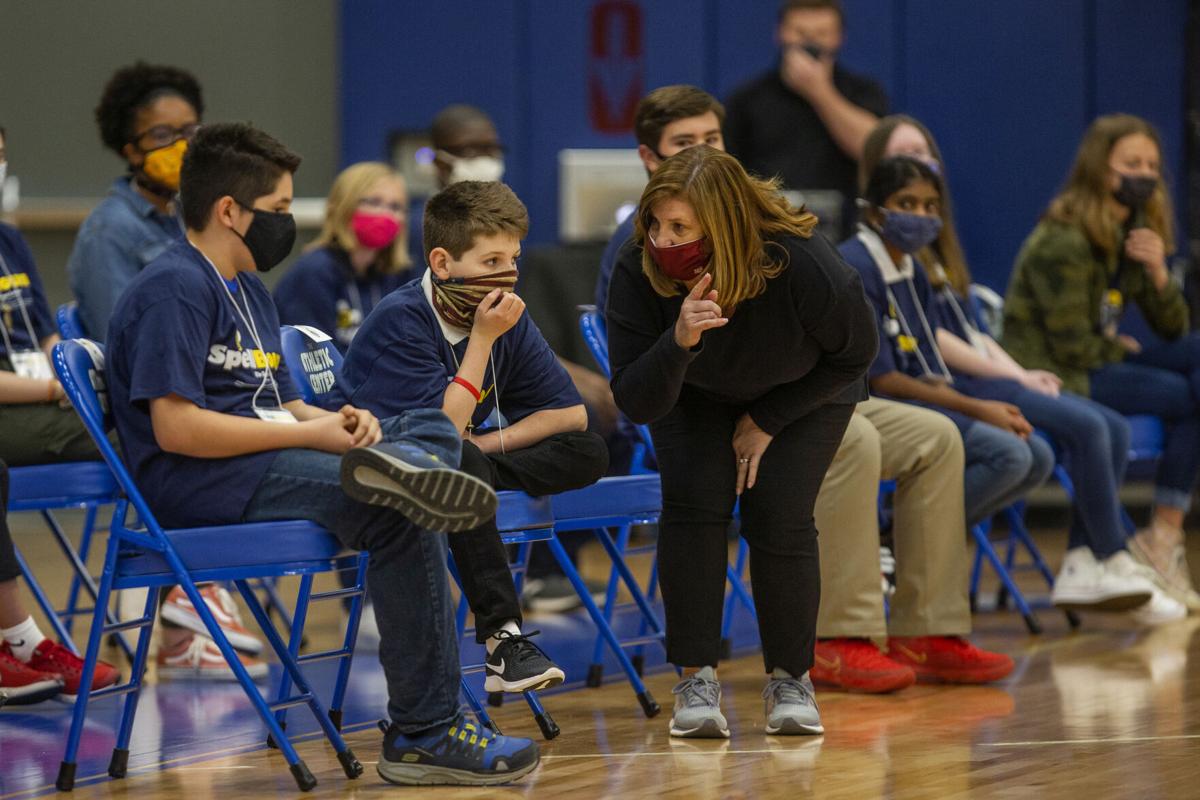 When the 2020 Scripps National Spelling Bee was canceled, Keerthana Samuel knew she had to give it another shot.

"I understood (when the bee was canceled) because of the situation, but there was always next year," Samuel said.

In 2020, Samuel won the bee for her Charleston school on the word "nictitate." Usually that would mean she would go on to compete in the national competition, but the coronavirus pandemic had other plans.

Samuel and around 300 kids like her were disappointed when the bee was canceled, which made winning this time around that much more meaningful.

"It feel great especially because last time the bee got canceled," she said. "I'm really proud."

Because of the pandemic, Samuel didn't have to worry about competing against as many people this year. The bee, which usually includes 50 students was cut down to 14 to accommodate social distancing.

Robie Scott, director of development and community relations at The Post and Courier, which sponsors the bee, said planning this year meant many sleepless nights.

Spellbound! annual spelling bee to give students opportunity to compete in person

The ultimate goal, Scott said, was to allow the students to compete in person. The organizers met challenges nearly every step of the way from finding a venue to deciding on the number of competitors.

The bee ended up with the 14 students and their parents spread out across the athletic center gym, donning masks. As students went to the microphone to spell their word they pulled down their masks just for the moment to help ensure they got all the letters right.

Scott feels it was all worth it.

"The stage presence, the practicing, the getting up to the microphone and calming yourself, all of that is part of the bee," Scott said.

Fewer competitors didn't mean an easier competition, however. Samuel sparred against Porter-Gaud student Rivers Clair for five rounds until she eventually won on the word "facade."

Samuel spent hours during her downtime and weekends preparing for the bee. She said the time she spends fluctuates, but if you ask her mother, it's a passion.

"She put in that much effort, every weekend we worked with her repeatedly asking the words again and again," said her mother Kamala Sundararaj.

While Samuel is the winner of Spellbound!, she still has a lot of work to do before reaching the national competition.

Because of the pandemic, Scripps National Spelling Bee has downsized from nearly 300 students to just 14. If Samuel wants to make it to the competition July 8 in Disney World, she will need to first advance through preliminary rounds, quarter-finals and semi-finals before reaching the national bee.

While the national bee and the rounds leading up to it will be nerve-wracking, Samuel is excited to get to work.

Most of Samuel's strategy involves memorization, she said. When she gets anxious she tries to remind herself that it will all workout.

"I just tell myself it's going to be fine," she said.

Lowcountry students competed in the annual Spellbound! regional spelling bee for a spot in the national competition Thursday.